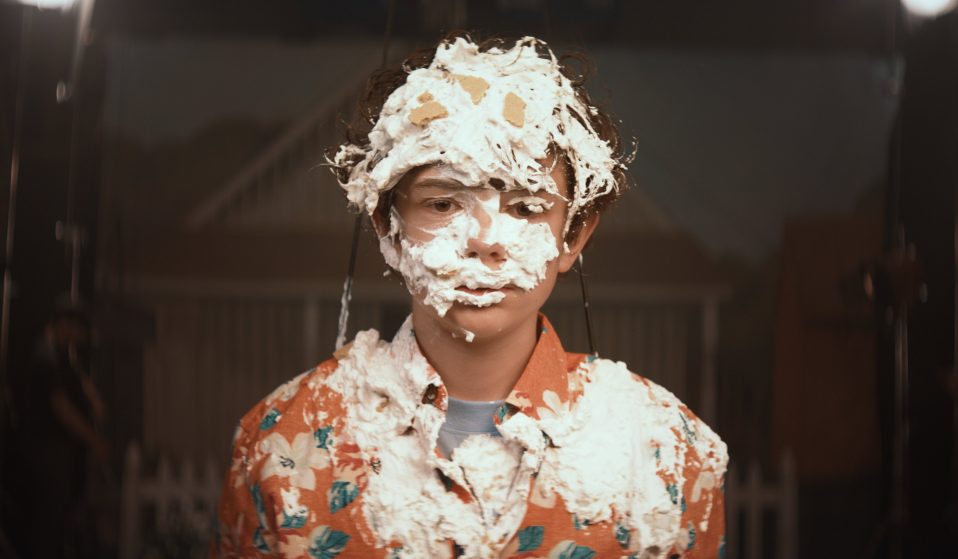 The two actors play versions of Shia LaBeouf at different stages of his life, in a film that he wrote in rehab. To mark its UK release, they tell us about their own relationships with stardom.

The two actors play versions of Shia LaBeouf at different stages of his life, in a film that he wrote in rehab. To mark its UK release, we find about their own relationships with stardom.

Much has been made of this, given that the film is a fictionalised account of his own childhood ascent to stardom. LaBeouf headlined Disney Channel shows as a pre-teen, which led to him starring in Michael Bay and Oliver Stone films in his early 20s – all before a very public crash-landing into rehab and recovery in recent years. Many of these experiences, naturally, find their way into the script.

But if your guard immediately went up at the idea of a barely disguised autobiography – in which the writer also plays a version of their own father – rest assured that Honey Boy is no exercise in indulgent narcissism. Rather, LaBeouf’s story is a deeply humanist, tragicomic memoir about mental health and trauma.

In the film, two actors play the character Otis Lort – based on LaBeouf – at different stages of a tumultuous career. Lucas Hedges (Manchester by the Sea, Lady Bird) plays Otis as an adult, where he’s a hot-headed movie star sent to rehab after a DUI.

Most of the film, though, is set in the ’90s, with British teen actor Noah Jupe (A Quiet Place) playing a younger Otis. He’s struggling with his childhood television work under the supervision of his leech-like father (LaBeouf), an ex-rodeo clown and felon who’s emotionally abusive to his son and sometimes physically abusive to those trying to help the boy.

Ahead of Honey Boy’s UK release, Huck spoke to Hedges and Jupe about ‘playing’ LaBeouf, their own relationships with child stardom, and whether they view filmmaking as therapy.

How do you navigate playing the on-screen surrogate of the person you’re also acting alongside in a scene?
Noah Jupe: Trust is a big part of it. It would be scary if I went into that job not knowing and feeling safe around Shia. I don’t think that you would have got close to the performance that I hope shows on-screen. Just getting to know him is probably the main part of it. And also, the character of Otis was our own. He handed that off to us. So, it wasn’t like we were playing him, necessarily.

It’s not a case of you imitating his mannerisms, apart from the opening scene where you, Lucas, are riffing on Shia’s performance in Transformers?
Lucas Hedges: Word. And for me, the character is so different – the character’s energy is so forward. So, I used him as a reference for all of the research I did in terms of just finding a different energy. My energy is much more inside, sometimes leaning back, and his is always forward. I stole his voice to try and capture that energy.

What questions did you have for Shia? If this was your first interaction with him, what was your impression of him before that?
Jupe: I’d heard of him but I’d never really followed him or watched any of his movies knowing that it was him, necessarily. But I was just hooked by the script, story and the character. On top of the whole subject matter of Shia LaBeouf’s life, it’s also an incredible story with incredible writing. It was really just not even anything to do with Shia, for me. It was more to do with Otis and his world.

Hedges: I had a lot of questions for him. It was so many that I don’t remember any of them. The problem is every question I asked opened up a dozen more questions in how he responded. And at some point, it just had to become my experience. I had to live it. So, I sort of released the compulsive question-asking.

There’s a decade in age between both of you – and roughly a decade between Lucas and Shia. Did you relate to anything when it came to the portrayal of child or teenage stardom?
Hedges: I certainly didn’t have celebrity when I was a kid. I feel like I go in and out and, even then, barely experience it now. So, I don’t know, that’s something that just has not been a part of my journey, really.

Jupe: You got those girls fangirl-ing over you the other day.

Hedges: These girls were like, ‘Oh, I loved you in The Miseducation of Cameron Post.’ I wasn’t in that movie. So, I don’t think that happens to Shia.

The aspect of his life that I relate to from my own experience is the just losing my life to the stories that I tell. If I tell a story, it’s going to be my life for like six months and it becomes the thing I fight for. If I have a problem with gas in my apartment, which I did, I don’t really know how to fight for that.

This is Alma Har’el’s first feature that’s not a documentary. Was there anything radically different compared to filmmakers who traditionally operate in a fiction mode?
Jupe: I think the main thing was the movement of the camera. A lot of it was handheld. Alma actually operated it a bit. The scenes were very movable, though that’s maybe not the right word.

I’ve never done anything like that before where I could walk out into the street and do a scene with Shia and they would follow us. We would be able to do that because it was handheld and with movable lights, which would just follow Alma or Natasha [Braier, director of photography] or whoever was operating the camera. And that was really interesting to be able to play with Shia and just have the freedom of this world. 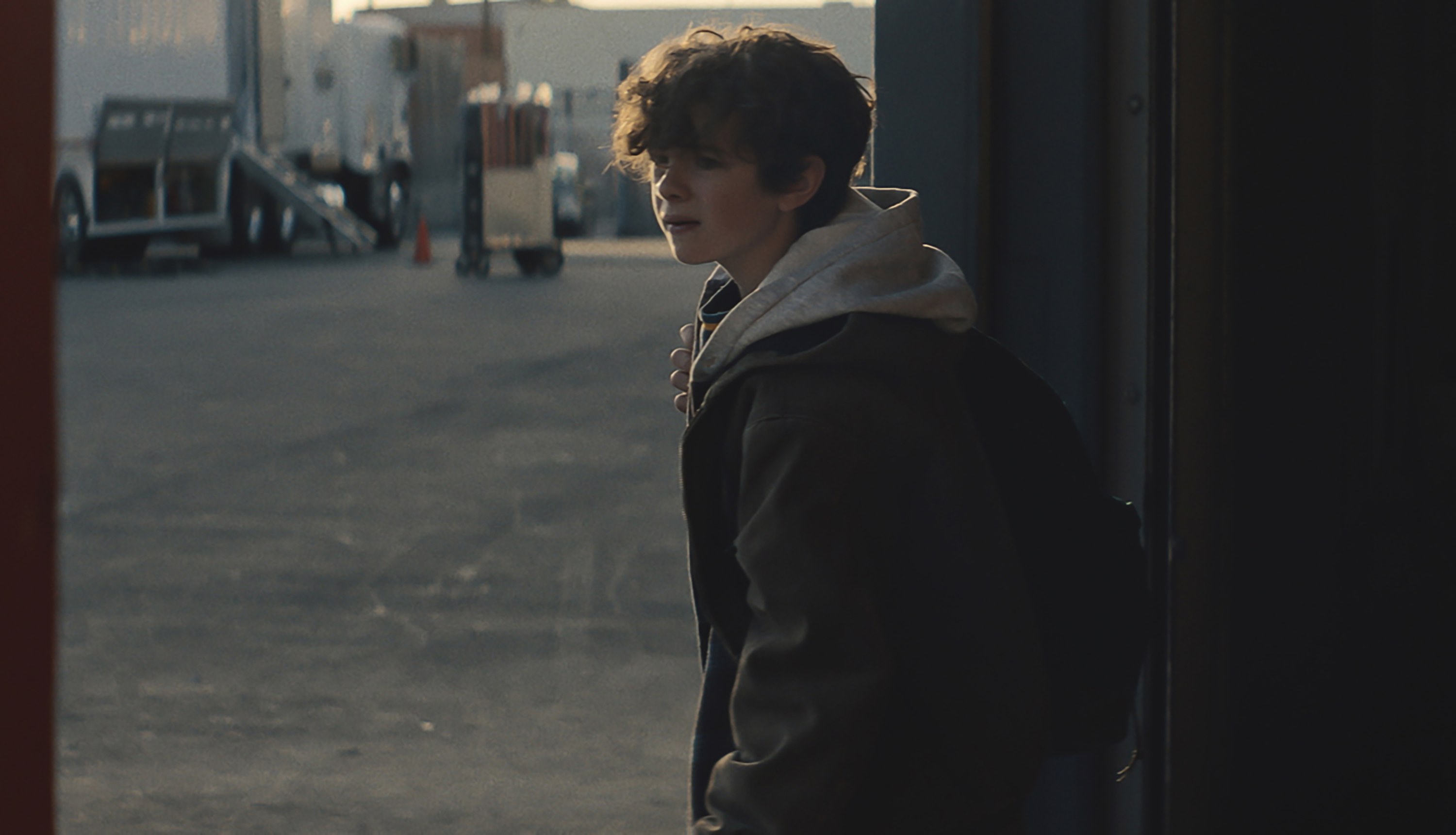 In interviews supporting this film, Shia has described Honey Boy as like an exorcism of sorts. What are your own views on acting and art as a means of therapy?
Hedges: I had an acting teacher in school who gave us the list of why he acts, or his rules for acting – not for how to do it right, but for what he lives by. And the final rule was: if it doesn’t make you a better person, you shouldn’t be able to do it. And I think that’s 100 per cent true. The ultimate purpose is to alleviate some sense of how to help you navigate your life. And I think kindness comes of it, and not kindness for the sake of self-defence.

I know a lot of people, myself included, who are kind to protect their image. And I think the dream for me is to do this almost as a way of finding out how to actually just have a kinder existence. I’m still a very selfish person and dream of not being as selfish, because if I don’t focus on that, then this shit will just fuck me up.

It’s already so hard not to be selfish. How am I being perceived right now as there are cameras in my face? And not to get lost in the fear of being looked at as an idiot or, flipside, being seen as like a genius or something, I don’t fucking know. But it’s easy to get lost in it and I have to use it to try and become a kinder person. Genuinely.

Noah, is it too early for you to answer this?
Hedges: He’s just a good person.

Linkedin
RELATED ARTICLES
OTHER ARTICLES
After news broke last week around an expected reversal of the 1973 landmark law that made abortion legal in the US, protestors gathered in the UK in support of American women.
Over the weekend, London locals came together to resist a pre-planned police raid targeting delivery drivers.
The government’s failure to take long Covid seriously has led to the formation of a group campaigning for the thousands of forgotten victims of the illness.
Writers Matt Foot and Morag Livingstone explore how four decades of collusion between the government and the police have slowly eroded our right to protest.
With their latest capsule collection, SCRT have constructed their own mythology, based on the story of a fictional meteor shower that hit a small Scottish town.
Members of the collective share some of their reasons to run as part of #UnitedBySummits, a campaign that looks to uncover transformative power of the outdoors.