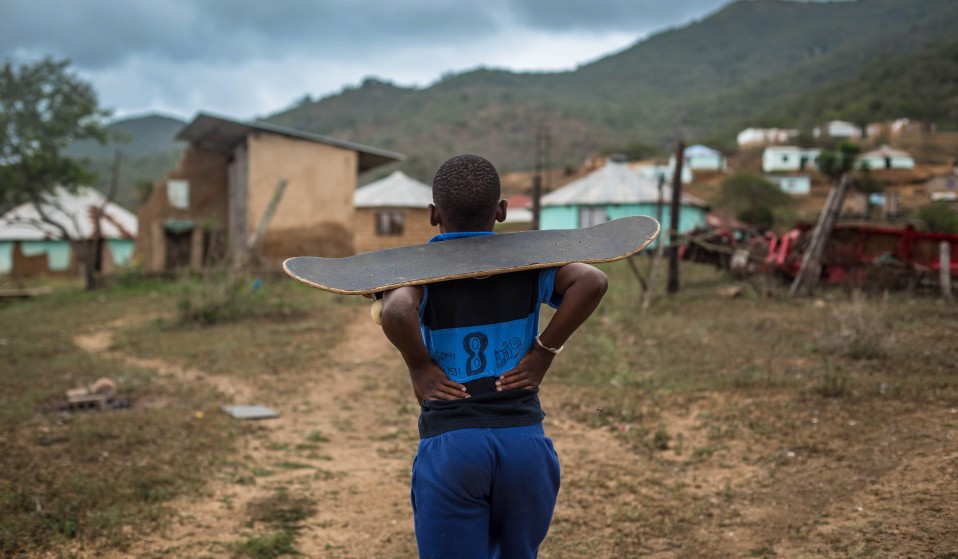 The best documentaries of the year opened up new outlooks on the world around us and showed how there’s more that unites us than drives us apart.

The best documentaries of the year opened up new outlooks on the world around us and showed how there’s more that unites us than drives us apart.

While millions in the US, UK and Europe chose to hide their heads in the sand and turn inwards in 2016, we kept our focus trained on the horizon, in search of stories of creativity and change from around the globe.

What we discovered, through the eyes of surfers, skaters and switched on youth in all corners of the Earth, is that coming together to do what we love shows how there’s so much more that unites us than drives us apart: whether it’s Roller Derby in Beirut opening up new possibilities for young women in the Middle East, a skate camp providing the next generation of Black South Africans with new opportunities their parents could only have dreamed of, or finding community in impersonating Elvis in Bangkok.

Casting our eyes back over the last year, these are our best documentaries and short films of the year, which have opened up new perspectives on the world we live in.

Roller Derby Beirut: A story of sisterhood and escapism on the track

Huck sets down in Beirut, home to Lebanon’s first Roller Derby team, where a tightknit crew of female pioneers are determined to build something together.

“We thought, ‘Maybe if we look furious, we will play furiously.’ And it worked. You look in the mirror and you want to go kick some ass,” says Karima, Egyptian art major by day, roller derby queen by night. Read more.

Former pro surfer, writer and filmmaker Jamie Brisick knows what it means to have loved and lost. In this experimental Huck film, the power of the ocean unleashes a flood of memories. Read more.

An hours drive north west from the golden beaches of Durban, the land begins to rise into rolling, sun-baked ridges, packed with lush greenery: you know when you’ve arrived at the Valley of a Thousand Hills. Push on further up the gently winding road and you’ll come to Isithumba, a small village where life for young people will never be the same again.

Indigo Skate Camp is helping to shape the village’s very first generation of skaters, who are growing up with a vastly different outlook on life to their elders. Read more.

Boots on the Ground: Volunteers of the Refugee Crisis

A look at how volunteers have stepped in to fill gaps where the international community has failed to avert a humanitarian disaster.

“For months, volunteer organisations have worked to avoid a major humanitarian disaster on the island of Lesvos,” explains volunteer Merel Graeve, “but the authorities, under EU pressure, have started to try and smoke us out.” Read more.

The soul of Elvis Presley lives in Thailand

Thailand’s most committed Elvis impersonators perform together to honour the 39th anniversary of The King’s death.

“When you get up on stage, you don’t care how many people are there,” Arthur Husain explains. “Elvis Presley is in your body. You start to have the power of The King.” Read more.

Huck Reports: Saying No To Coal

We head to Proschim in Germany where thousands of climate activists have gathered from across Europe and beyond, to try and shut down one of Europe’s biggest and dirtiest coal mines. After last year’s protest ended with mass arrests and violent clashes with the police, Huck joins them on the frontline of the fight against global warming.

“Ordinary people are joining the fight for our collective survival as communities worldwide are experiencing first hand the consequences of climate change and the damage inflicted by the fossil fuel industry,” says Payal Parekh, a Programme Director at 350.org, an NGO involved in organising the action. Read more.

In the frozen heartland of Finland, Jaakko Saavalainen’s do-it-yourself skatepark proves anywhere can become a skate utopia – if you’re willing to put in the work.

“City people don’t understand the freedom of the countryside,” Jaakko says. “You can pretty much do what you want here. If you feel like building a skatepark, you build a skatepark.” Read more.

In the shadow of music meccas Seattle, Olympia and Portland, a new wave of all-inclusive, female-led punk is bursting out of small-town, blue-collar Tacoma.

“Tacoma is a misfit city,” Hozi from Lozen explains. “A lot of people feel comfortable to be themselves here in a way that you wouldn’t necessarily feel in Seattle or Olympia, because those places have so much of an identity. Here you just are who you are.” Read more.

Into The Sea: Could this solve Montauk’s water crisis?

The father and son who keep New York’s typewriters tapping

The Gramercy Typewriter Company has kept NYC dancing on the keys since 1932. With a third generation at the helm, they have no plans to slow down.

Into the deep with Finland’s Greatest Freediver

He’s almost 50, he’s got asthma, he’s about 235 pounds, and he’s also a world-class athlete. Meet ‘Kraken’, the sea monster – a Finnish freediver who only realised he had the makings of a national champion in his late 30s. Read more.

Linkedin
RELATED ARTICLES
OTHER ARTICLES
One year on from the fall of Afghanistan to the Taliban, Tiara Ataii speaks to those who have been forced to make the treacherous journey to Europe for safety, and the barriers and horrors they have faced.
With the UK now set to run out of vaccines, people working in the sex industry – particularly outside of major cities – have been left especially vulnerable, reports Brit Dawson.
As the Criminal Bar Association enters its fifth week of action, criminal barrister Russel Fraser explains why the legal professionals have walked out and how action is likely to escalate.
A series of photos by the late Jerry Dantzic taken in 1957 show a tender side to the iconic Jazz musician.
The author discusses her new memoir, which offers a sobering reflection on the racism and otherness she’s experienced along with a joyful celebration of her culinary heritage.
Steel City is often overlooked when it comes to the country's cultural radar despite its role in shaping electronic music.