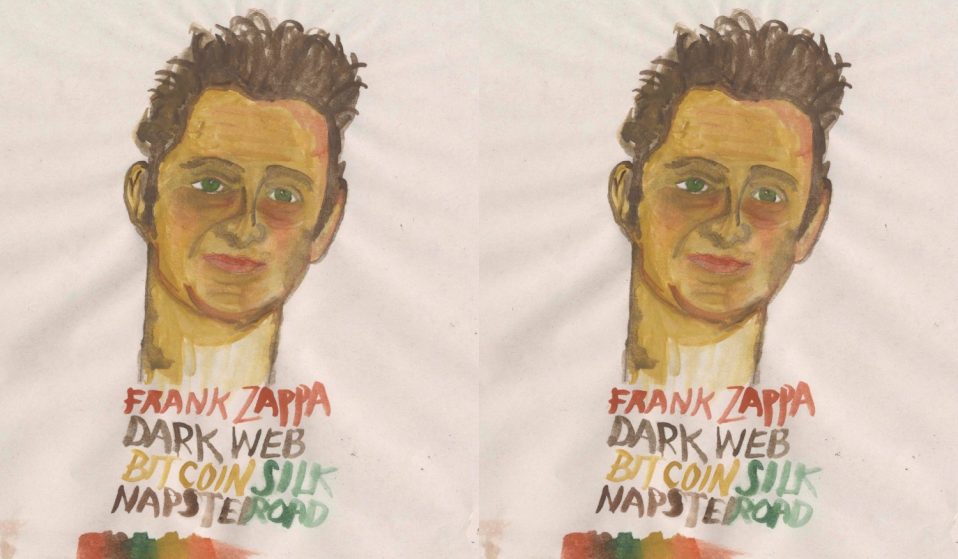 Best known for his turn as Bill Preston Esq in the Bill & Ted films, Winter is now a respected filmmaker – tackling technology, politics, culture and society.

Best known for his turn as Bill Preston Esq in the Bill & Ted films, Winter is now a respected filmmaker – tackling technology, politics, culture and society.

On a bright yet brisk spring day in Copenhagen, Alex Winter paces back and forth outside a cinema on his phone. A woman patiently stands close by and as soon as he hangs up, gently offers forth her pen and notebook for an autograph. It’s an unusual sight to see a fan waiting hours before a film screening to get a director’s autograph at a documentary festival: but Alex Winter isn’t your typical filmmaker.

Best known for his role as Bill Preston Esq in the Bill & Ted films, Winter has taken an unconventional route in the world of Hollywood. In fact, he largely left the industry behind before he began his stint as a documentary director. In 2012, he directed his first doc Downloaded, about Napster, before making films on Ross Ulbricht’s Silk Road (Deep Web) and US journalist Barrett Brown (Relatively Free). At this year’s CPH: DOX, he had two films screening, The Panama Papers and Trust Machine: The Story of Blockchain, and he’s currently working on the first-ever fully authorised Frank Zappa documentary. Oh, and a third Bill & Ted film, and another documentary. “Things are busy,” he says, with a sigh.

Winter spent years as a child actor on major Broadway productions, before saving up his money and going to film school. Following the wild success of his performances in the Lost Boys and the two Bill & Ted films, he publically stopped acting for a period. “I started acting when I was eight or nine, and I’ve always needed some kind of escape from the entertainment industry, even when I was little,” he says. “So that grew. It was overwhelming: too adult, too dangerous – all the obvious boxes you could check – depriving one of a normal childhood. It was a mixed bag, some memories are of the greatest I have and I’m very proud of them, some of them less great and then some of them are completely overwhelming to somebody that young. By my early 20s, I really needed out of the business.”

Winter detailed some of these dangers last year, when he revealed that he had been sexually assaulted as a child performing on Broadway.  He removed himself from the industry a few years later, and eventually found solace on the Internet, making friends in online communities. “During a challenging period in my life, it became a very important community for me,” he says. “I could be anonymous and talk about anything.”

“It was a very honest, robust and diverse community in a lot of ways. It was very democratised and not monopolised or commercialised at all. There was a purity to it.  Then eventually I’d meet these people, finding friends in Australia and Germany. It was very liberating. It wasn’t intentional but the Internet became a transition out of the stress I was in and back into the regular world in a way – it was a bridge.”

The issue of child actors becoming dysfunctional during adulthood is a common one, so does Winter look back on his choice to remove himself from this world to be a mature one in retrospect? “I look back on it with luck,” he says, with a laugh. “I would love to say that I was so mature that I decided to take a step back. Everybody told me I was crazy, I was at the height of my acting career and I left my agency and told them I wouldn’t audition any more. They told me I was bonkers. But I wasn’t doing so great internally. I saw other friends dying and falling apart around that time. I think I just had a survival instinct because I’d been in the industry so long. I’d seen a lot. Even by the time I was doing Lost Boys, I was like the dad to all those kids because I’d been at it so much longer than they had.”

Winter is currently working on a documentary about child stars in Hollywood that touches upon some of these themes. “It’s been very cathartic,” he says of the process. “Everyone’s story is almost identical and I’m going way back, even talking to a 100-year-old silent movie star all the way up to Disney kids with 20 million Instagram followers. The stories are almost identical – it’s eerie. It’s not all tragedies, but there are a lot of ups and downs – a lot of drama.”

“I wouldn’t have been in a rush to make that Michael Jackson documentary. I’m really glad they did it but I’m not going to be the first person in line to watch it. That’s not the kind of film I’m making. It’s not a deep dive into the darkness although it does go into that territory – I’m not shying away from it.”

Winter feels he’s able to make a film about such a close personal subject because he’s been able to put his own experiences behind him now. “For me, it’s water under the bridge,” he says. “I did a lot of work on it and I wouldn’t have ever thought of doing a doc like this if I wasn’t way past it.”

So is there any trepidation about returning to the spotlight with the imminent Bill & Ted film? “My trepidation at the time was less about the visibility and more about the length of time I’d spent as a youth in that world,” he says. “It wasn’t about not wanting to be recognised any more because, dude, that ship sailed a long time ago. I get recognised every day, all day, no matter where I am. It was more about developing as a person because with child acting it’s hard to have a natural youthful development.”

For Winter, hopping in front of the camera and playing some air guitar is actually going to be something of a respite after years spent heavily locked into intense films that span technology, politics, culture and society. “I’ve been head down in the doc world for a long time and they’ve all been very intense projects that have required an enormous amount of research labour. It is exhausting: coming out of Deep Web I took time off because I was just fried. I was so close to the story and inside it. Similar with The Panama Papers, as one of the journalists got killed whilst we were shooting. The idea of going to go and play Bill for a bit is kind of a breath of fresh air.”

Despite being someone who has been looking at some of the biggest shifts in modern technology, as well as socio-political events that touch upon corruption and deceit, he still has hope for the future. “You’re very close to the void making these kinds of films,” he says. “Looking at systemic global income equality that doesn’t have an easy or quick solution is pretty despairing. It’s going to get worse before it gets better and I think that’s true for everyone, not just the shit show we have going on back home in the US.”

“It’s stressful, but also when you get really close to these stories you can see hope. If you just read the surface news you have almost zero contact with the many brilliant minds out there who are working hard to do good but aren’t the most showboat-y people. That gives you a lot of hope. There is a lot of good in the world.”

Linkedin
RELATED ARTICLES
OTHER ARTICLES
A new documentary explores the government’s efforts to quash the protest movements of the late ‘60s by any means necessary.
The situation in Afghanistan remains dire, with many groups facing persecution at the hands of the Taliban.
New legislation is set to make it more difficult to hold Israel accountable for its human rights abuses.
After news broke last week around an expected reversal of the 1973 landmark law that made abortion legal in the US, protestors gathered in the UK in support of American women.
While protests over abortion rights rage in the US, access to abortion services is still almost nonexistent in parts of the UK.
Our new magazine is here, starring the inimitable Mitski. Order your copy now and join us on a trip around the world.