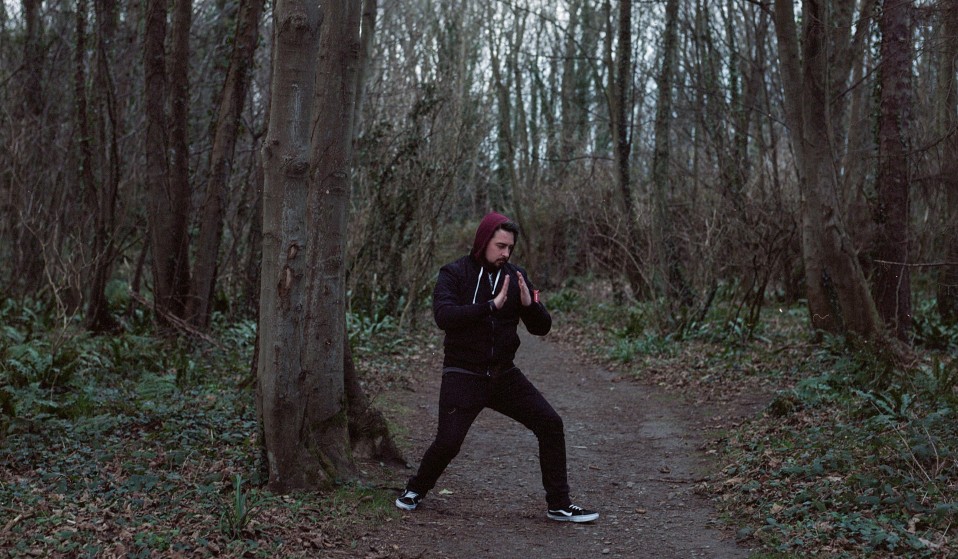 With The Last Jedi in cinemas, we met the founder of The Church Of Jediism at his home in Holyhead, Wales to discuss how he found salvation in Star Wars.

With The Last Jedi in cinemas and Star Wars season in full swing, we met up with the founder of The Church Of Jediism at his home in Holyhead, Wales to discuss how he found salvation in the films – and why you can too.

Surrounded by mountains, hills, woodland and coast, it’s a geographical mishmash of a place; a town perched right on the end of the country as if by accident. Dominated by its port, ferries arrive like buses to shepherd people – to and fro – across the water to Ireland, Northern Europe and beyond. With a population of around 11,500, it’s the largest town on the Isle of Anglesey. It’s also the home of Daniel M. Jones, founder and leader of The Church Of Jediism.

That’s right: Jediism. As in Star Wars. In Wales.

10 years ago, Daniel launched The Church Of Jediism (TCOJ) from his family home as a 21-year-old, swiftly achieving international fame as a result. On a bitterly cold morning in the present day, he arrives to pick me up from the train station – he’s driving a red Vauxhall Corsa, dressed in a hoodie and a cap. “Sorry about the mess,” he says, brushing food wrappers from the back seat. There’s no immediate sign of a lightsaber. 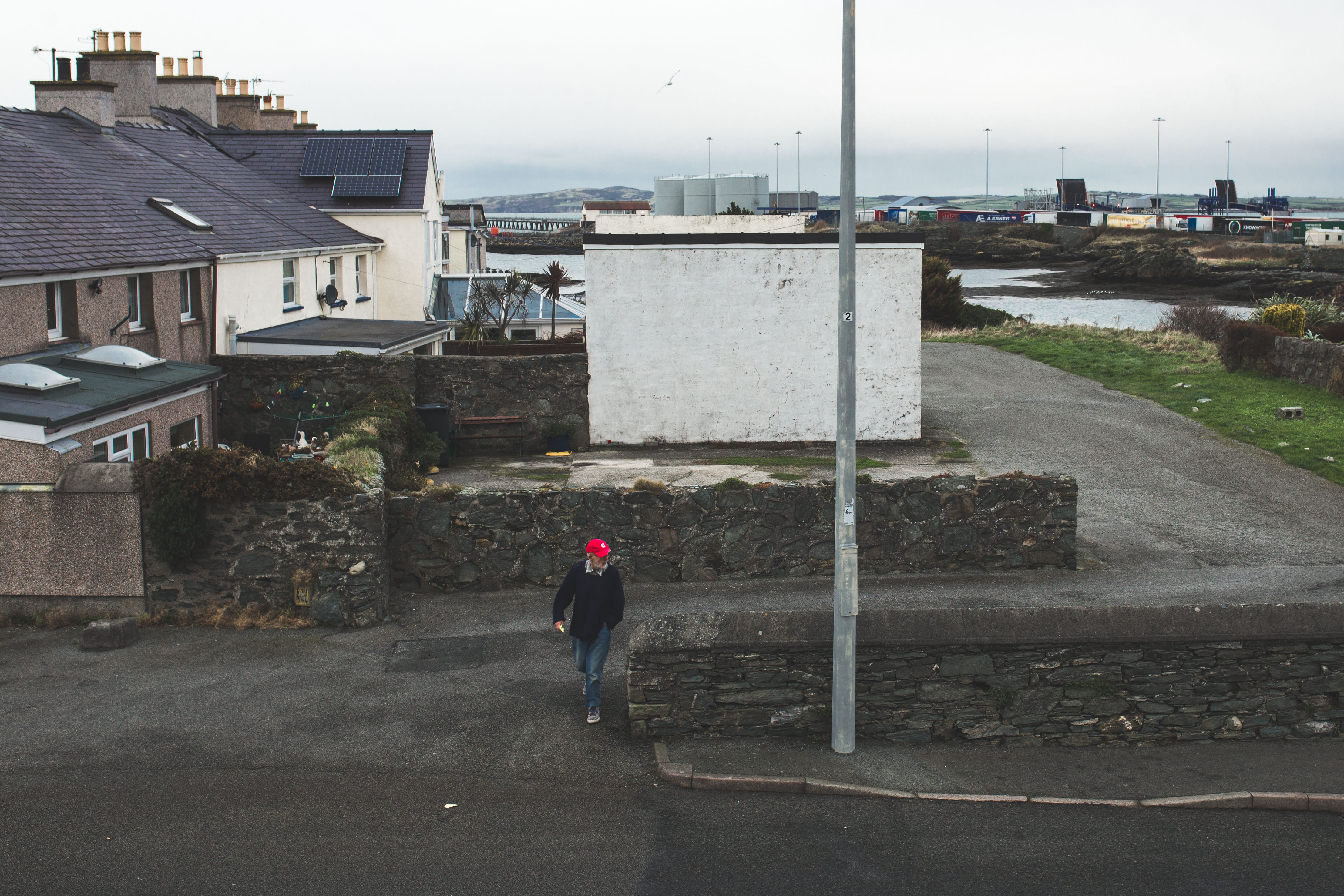 For those uninitiated to the intergalactic space opera, a quick rundown is probably required: the Jedi are the main protagonists in the Star Wars cinematic universe, depicted as an ancient organisation consisting of warriors, scholars and spiritual leaders who follow and utilise ‘the Force’, a metaphysical energy field that connects all living things in the galaxy. In the films, they fight for all that’s good and right in the world, never once compromising their ideals.

In 2001, 390,127 people stated their religion as ‘Jedi’ on their nationwide Census forms, in what was dubbed, fittingly, as the Jedi Census Phenomenon. Though he was only a teenager at that time, Daniel’s love affair with George Lucas’s films was already in full bloom.

Having first stumbled upon Return Of The Jedi during an ITV re-run when he was just four-years-old, he was instantly hooked. After demanding that his parents tape it for him, they went one better and purchased the entire original trilogy on VHS. He watched the aforementioned instalment so many times that it broke. 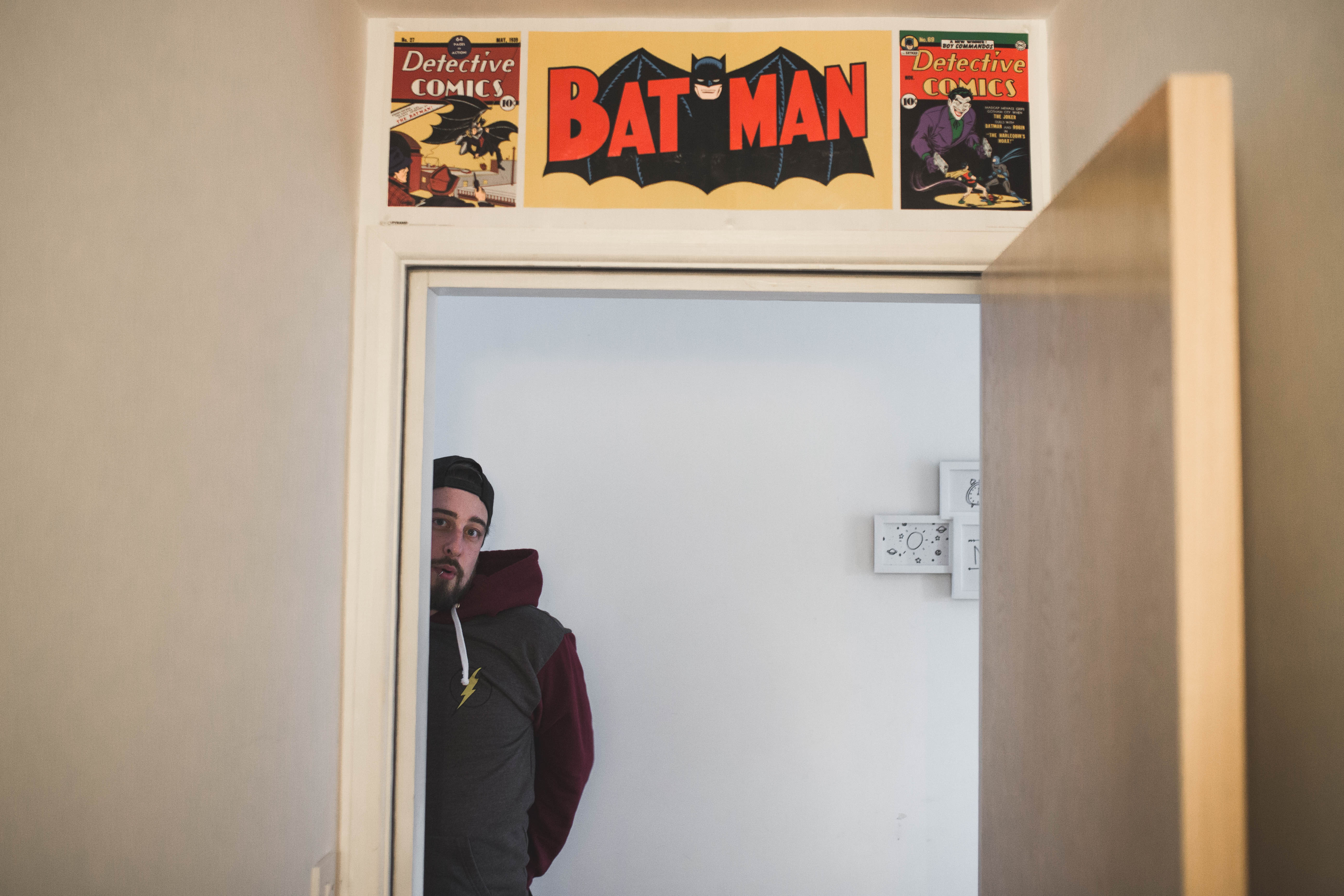 “School was super difficult for me,” Daniel admits, perched on the sofa in the lounge of his flat as his dog, a Jack Russell named Randy, sniffs around excitably.

At first glance, the room could belong to anybody: a decent sized TV, stack of board games, IKEA furnishings and a monthly meal plan stuck to the fridge with a magnet – hardly obvious decor for a Jedi temple. However, upon closer inspection, the signs begin to appear. A DVD here, an old poster there. A guided tour later reveals a dedicated study, packed to the rafters with every imaginable form of sci-fi paraphernalia, and featuring not one but four replica lightsabers.

Daniel – who’s 31 now, and a chemistry graduate – has Asperger’s Syndrome. He talks openly and regularly about living with the condition on his YouTube channel, The Aspie World, which boasts almost 20,000 subscribers. He credits the Star Wars world with helping him to overcome some of the challenges he faces on a day-to-day basis. He’s upbeat, charismatic and talks in long, meandering sentences, excitably trying to pack as much into one breath as his lungs will allow.

By his own admission, Daniel has an obsessive personality. “It’s because of the way my mind works,” he explains, recalling how he’d pause and rewatch individual scenes in films – over, and over, and over again – to make sure he wasn’t ever missing anything. He grew up a fervent observer of people, gripped by the idea of recognising and studying different characteristics and behaviours.

As he grew older, he realised that there were things he could do – things he’d picked up from his observations – that he could implement within his own life to amplify his own wellbeing, health and happiness. 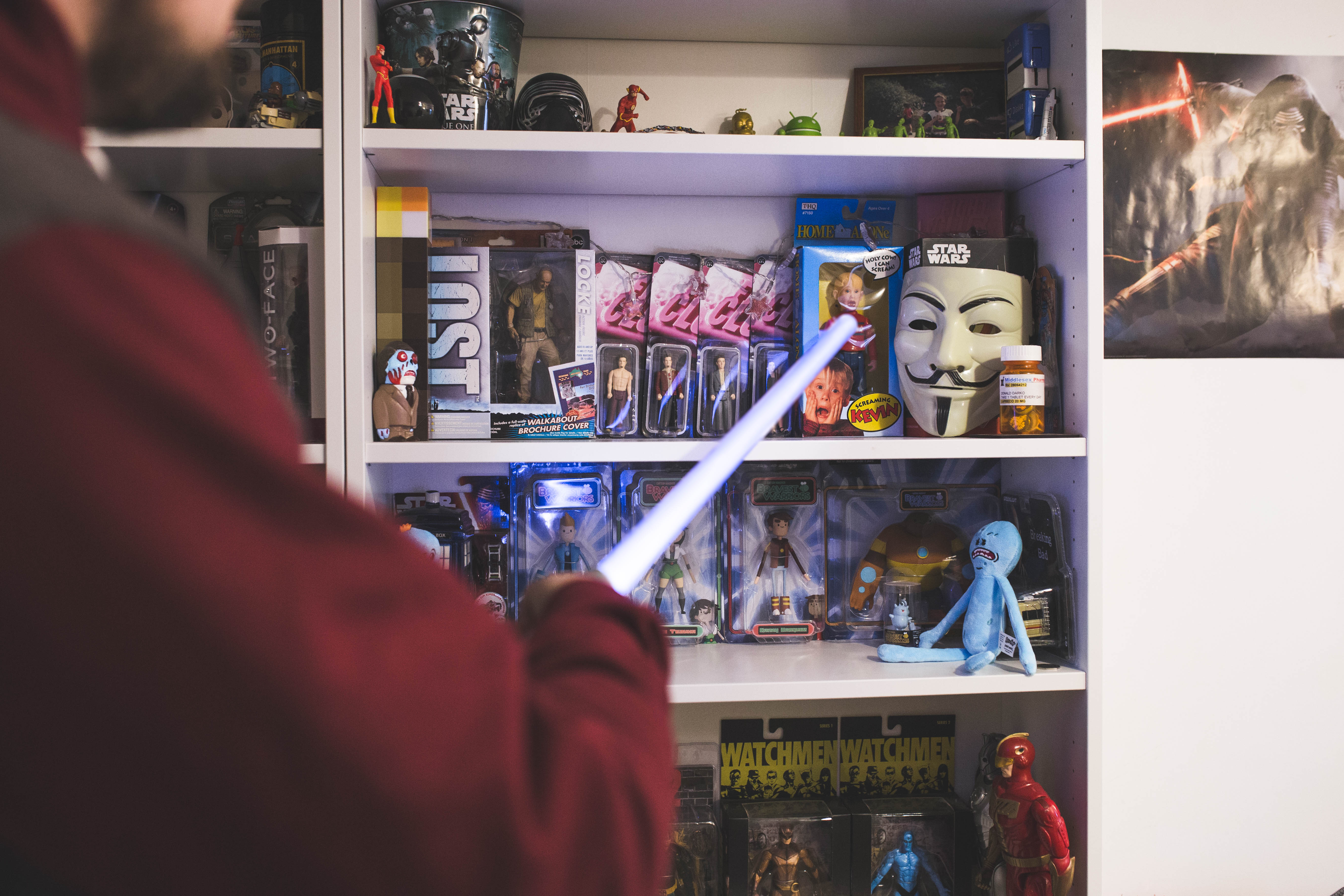 “It was about listening to your heart, following love, preaching good things… peace is attainable, you just have to try and open your mind,” he says. “Where could I start? Well, I looked into my favourite thing in the entire universe: Star Wars.”

“Why? Because it had a spiritual philosophy that runs straight through. The Jedi are the sensor of this – they have this force. It wasn’t made up, it was all through stuff that George Lucas had found through Chi and Taoism.  This guy was taking things that have been there for years and years and putting them into a modern, digestible sense. It’s not like it was a brand new idea that he’d never thought of, so I was like ‘this is it, this is the way people should be.’”

So, in 2007, along with his brother, Daniel formally launched TCOJ. It was built upon the notion of heightened spirituality and a positive moral code: being good to yourself, others, staying true to the path you want to take – and, obviously, Star Wars. At the time, he told a couple of his mates, but didn’t really think much else of it. It was going to be a project of his that grew organically; something he could work on over a long period of time. That was until the Daily Star Sunday caught wind of it.

With the mischievous grassroots phenomenon of the 2001 Census still fresh in the memory, Daniel – as grand master of this strange, sci-fi church – was soon an international celebrity. When the Star covered TCOJ, the rest of the British tabloids soon followed, as well as publications from across the pond (at the height of interest in 2008, TIME ran a feature on him and TCOJ). At its peak, the church’s website was receiving 25,000 hits a day. 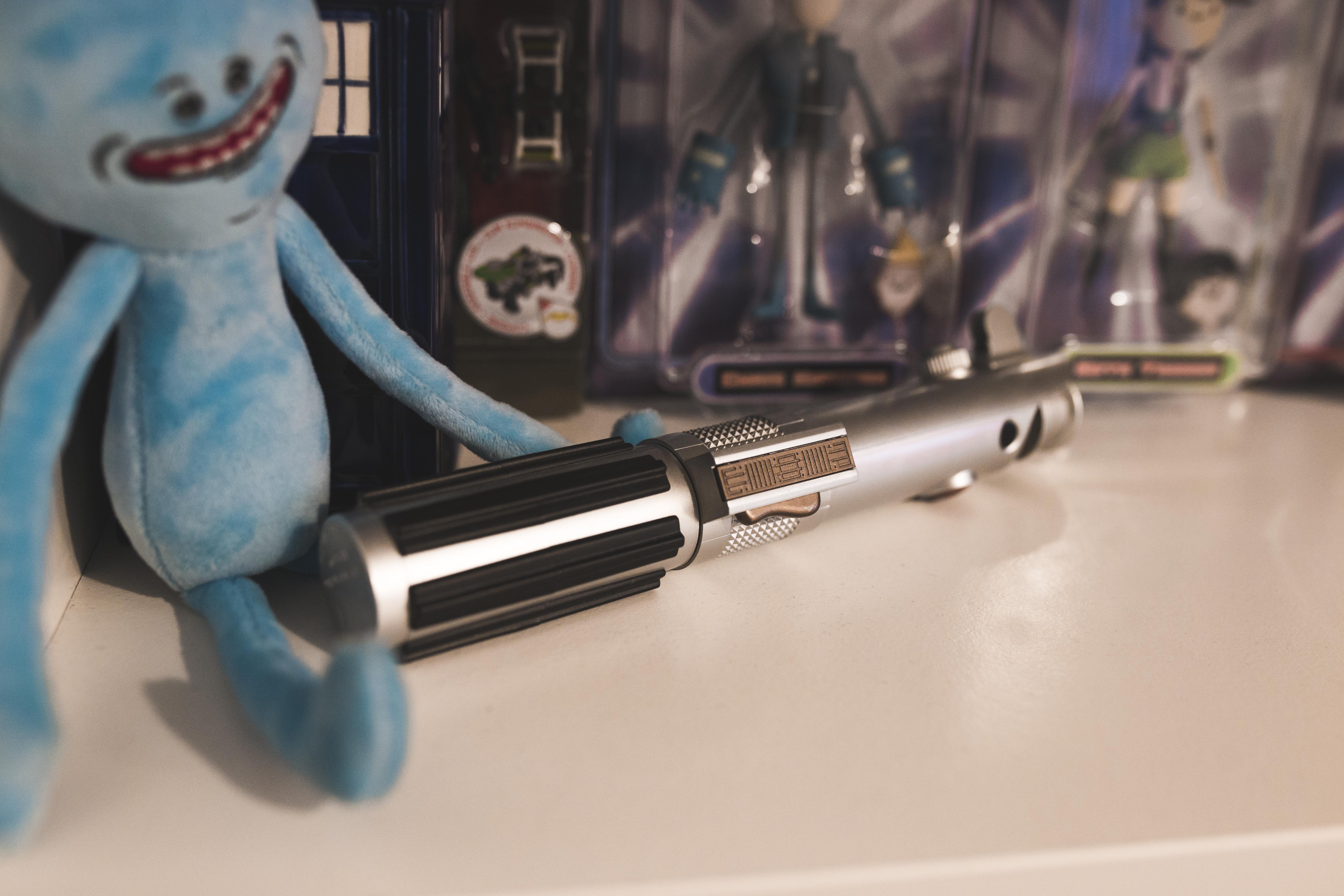 For anyone, the sudden, abundant fame would have been overwhelming. For a 21-year-old with only a “small circle” of friends, it was completely ungovernable.

“Going from nobody knowing who I was to everyone in the world talking about us, it was the most… bizarre thing. Because it was so overwhelming, it got to a point where it was unmanageable – and when things are unmanageable, they crash. ‘Bang.’ Rock bottom. Then what do you do?”

So, like many a Jedi Master before him, Daniel stepped away. Freed from the shackles of international fame, he was able to focus on himself again. Interest in TCOJ dwindled and normality resumed.

However, Star Wars wasn’t done with him yet. A few years later, in 2012, Disney bought Lucasfilm for a staggering $4.05bn, announcing that they planned to release a new film – The Force Awakens – in 2015. After recruiting director JJ Abrams and an ensemble of global acting talent, they did just that. With Star Wars fever at an all-time high, Daniel and TCOJ were both once again in demand.

Now, with new instalment The Last Jedi shattering records in cinemas, Star Wars season is in full swing. In a new book – Become The Force: 9 Lessons On How To Live As A Jediist Master – Daniel attempts to encapsulate TCOJ’s founding principles on paper. 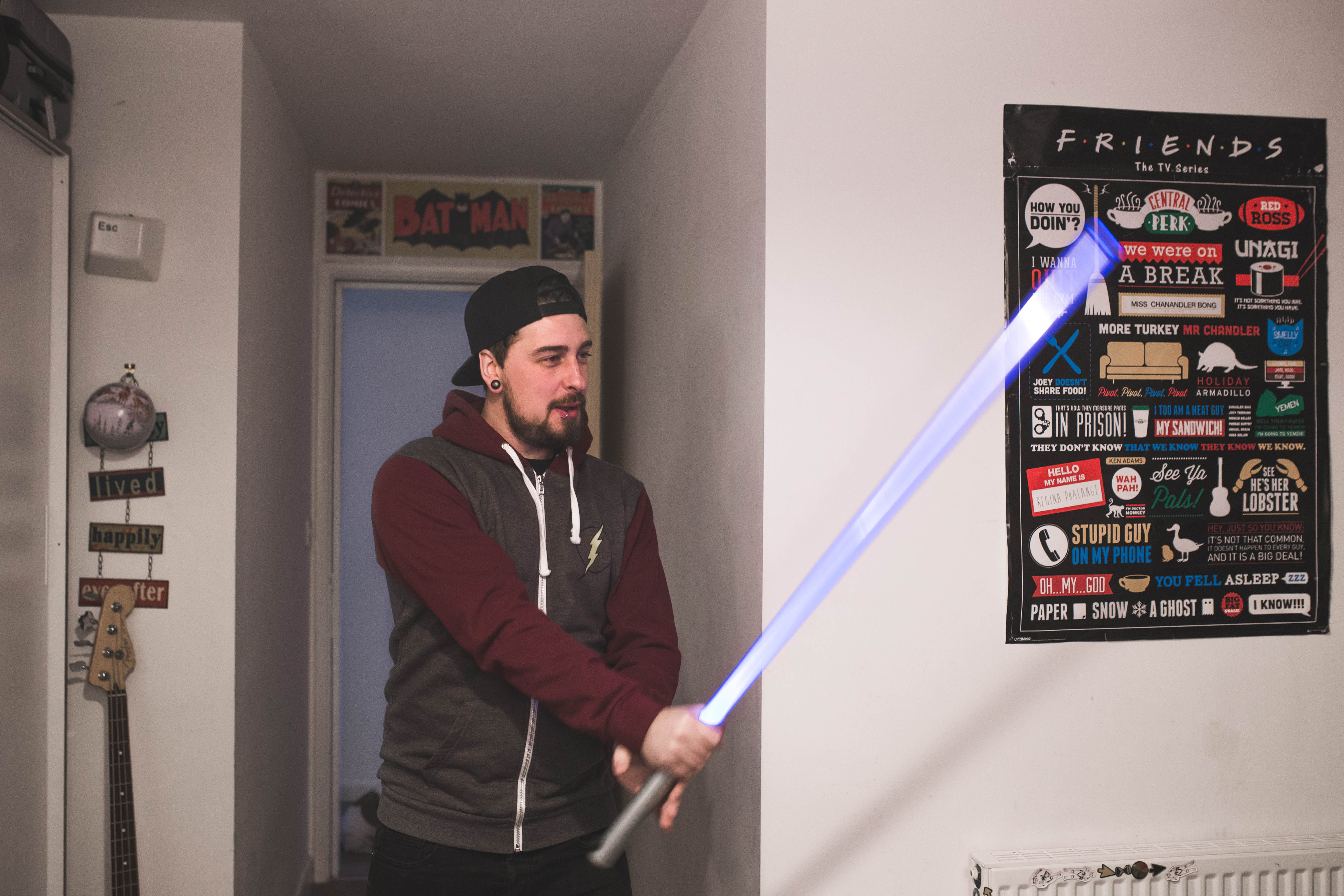 Scepticism is, of course, rife. Daniel has been accused of all manner of crimes, from recklessly undermining religion, to being a covert Scientologist. But, for the Welsh Jedi, if you’re focusing on that then you’re completely missing the point.

TCOJ is, by its nature, hard to pin down. Though rooted heavily in the lore and fiction of Star Wars, it transcends the films in a way that incorporates ideas of mindfulness, humanism and spiritual study. There are no strict commands, nor a collective end-goal. When asked whether he views it as a religion, Daniel smiles.

“There’s no fixed definition of what is or isn’t a religion,” he says. “It can be anything that you do on a religious basis that finds meaning in your life. If someone says ‘I want this to be my religion’, than they can [TCOJ] as their religion. If someone says that they want it as a bolt-on to their existing spiritual life, or just something fun that they do to relax, it can be that as well. It is a religion and it’s not at the same time. That’s the most interesting thing about it.”

What started as a passion evolved into a coping mechanism, which, in turn, soon transformed into a template for a stable kind of happiness. Daniel recognised the potential for Jediism – as he sees it – to help other people, too. He’s not an anti-establishment scoundrel, nor a malevolent cultish brainwasher. He just really likes Star Wars – and that’s pretty much it.

“Star Wars has always been this pinnacle moulding my life together, connecting the dots. I found that quite interesting, so I set this up. The rest is just kind of history, I guess.”

“Nowadays if you follow your heart, you’re crazy – a bit of a fruit. I don’t really think that’s right.” 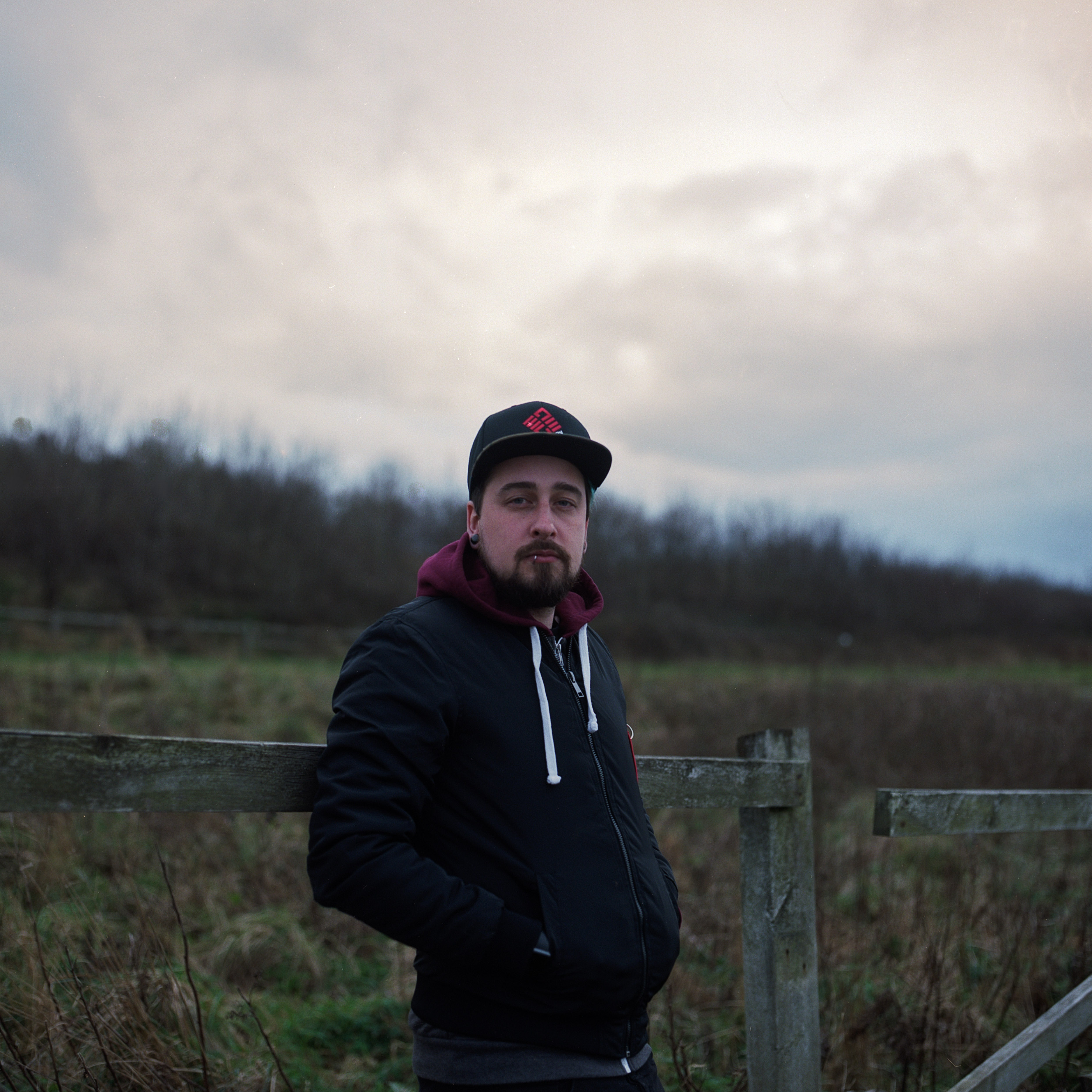 Become the Force: 9 Lessons on How to Live as a Jediist Master is published by Watkins Publishing.

Linkedin
RELATED ARTICLES
OTHER ARTICLES
The action took place in response to the 200 asylum-seeking children who were placed in hotels run by the Home Office who have gone missing.
Theo McInnes’s photos of the annual event provide an intriguing snapshot of contemporary Britain.
AI companies that develop image-generators using copyrighted artwork from the internet are coming under fire from artists who say that it amounts to theft.
Tristan O’Neill’s shots of dancers caught in moments of reverie at the height of rave’s golden age are a testament to the UK’s legendary club culture.
At his West Bank restaurant, Fadi Kattan established himself as the voice of modern Palestinian cuisine. Now, he’s bringing his innovative, bold flavours to the UK’s capital.
Filmmaker Laura Poitras discusses her new documentary which traces the remarkable life of the artist-activist and the impact of her battle against the US opioid crisis.