Art & Culture / Film / Is the age of monogamy finally over? 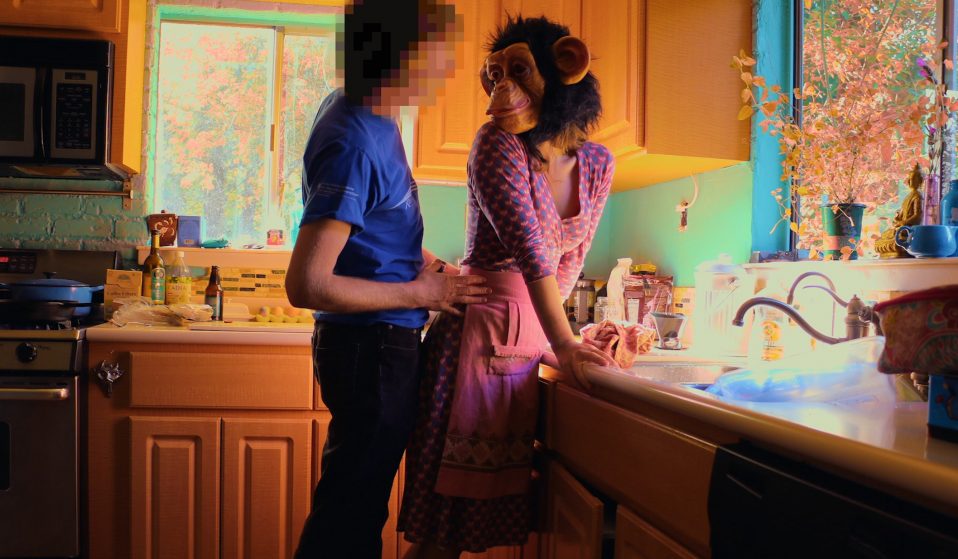 Director Bara Jichova Tyson’s documentary about adultery is immensely personal. Growing up in the Czech Republic, her upbringing was soured by the revelation that her grandad – a communist general with high moral standard – was having an affair with his secretary. He finally divorced her grandmother to join his mistress, leaving devastation in his wake. The shoe was on the other foot when many years later, Jichova Tyson found herself cast as the role of mistress when she fell in love with a married man.

Understandably, then, Talking about Adultery was initially meant to prove that marriage was a bad idea; it forced people into a box that they spent the rest of their lives trying to escape from. However, although the film doesn’t depict marriage as “a free ride on unicorns at an infinite sex festival” (Jichova Tyson’s own words) it doesn’t necessarily find that marriage is at fault – rather that the adulterer is wrestling with some dissatisfaction with themselves.

Ahead of the world premiere of Talking about Adultery at Sheffield Doc/Fest, Jichova Tyson talks to Huck about her creative approach to filmmaking and her decision to embark on marriage herself.

Why did you decide to create a documentary about adultery?
This project started as the result of an affair I had with a married man. I was in love, but because of my family history it was really problematic. I talked a lot about it with my friends and interesting questions came up. Why is adultery so unacceptable? Can we love two people at the same time? Why is monogamy the only acceptable way? The conversations were fascinating – people had many different ideas, judgements and perspectives – so, I started to record them.

I began the film without really knowing what it would become, and my perspective changed a lot during the process. In the beginning, I was just recording interviews. I didn’t have a script or a structure for the film. I wasn’t even sure what I wanted to say. I just genuinely loved talking to people about the topic. I found that conversations about adultery revealed so much more about people that was fascinating to me beyond the topic – it revealed how people understood life, which was very telling of their character.

Based on the fact you had been involved in adultery yourself, did you have a negative perspective of marriage when you set out to make the film?
My ultimate motivation in making the film was a bit deeper than the provocative nature of adultery. I was married in my mid-20s, but my husband died of cancer when he was 32. As a young wife, I had a very black and white view of adultery, in part because of my experience as a child when my grandad had an affair. I only saw the damage this did to the whole family; it was very dramatic.

Maybe because of this I never really saw marriage as something I wanted, or something that created happiness. I didn’t have a point of reference for a good marriage or a good relationship growing up. Marriage and relationships were something dreadful or something that ends in flames. I saw marriage as two disappointed, tired people sharing one bed for the rest of their life. They turn sour. Trust is gone and there is only control and suspicion. Your life is a misery, and then you die or get divorced.

So, when I fell in love with this married person, many years after my husband died, being a mistress seemed like a better relationship option. There was an escape; no-one could claim you or control you, you still had options. I thought that being a mistress gave you more freedom than being married. I started the film in part because I wanted to give voice to this scepticism about relationships.

All the people you interview seem to have quite different reasons for committing adultery – could you pick out one common factor from all of them?
I interviewed maybe 50 people, all from the western world, so it’s hard to make a universal statement. But I think one of the most common things I heard was some sort of unhappiness or boredom with themselves or life in general. Not all the people involved in adultery didn’t like their marriage. Often, people spoke nicely about their spouse. There were many different reasons for people: escape from routine, escape from yourself, the thrill aspect, excitement, looking for romance, more sex, looking for love, being acknowledged, experiencing something new, seeing a new body, looking for newness. However, I think in every interview, committing adultery was more about each person’s relationship to themselves than it was about their relationship with someone else. That was the most common thread.

Do you think the film is a cynical look at marriage or a realistic one?
I definitely started with a cynical view. That was my aim; to show how I was right about relationships and marriage. I wasn’t necessarily looking for some justification for adultery, I wanted people to tell me that marriage was a really horrible idea. I think the film reveals a variety of points-of-view towards marriage, and they are realistic and true to those people. I think that is very relatable. It’s interesting to follow their reasoning – sometimes it is dark, but life is like that.

However, there is a lot of optimism and humour too. I think genuine curiosity can transform people. Making this film certainly transformed me, and that is optimistic. So no, I don’t think it’s a cynical portrait. Although if you think of marriage as a free ride on unicorns at an infinite sex festival – and then you die together holding hands – then yes, this film may appear a little bit darker.

You’re married again now – why do you think humans continue to get married even though we know now that a huge proportion of marriages fall apart?
Good question. Maybe it’s changing a bit with this new generation. Maybe they will view marriage differently, or they will get married later… I don’t know. I think symbolically it is still a very meaningful ritual. It’s also very risky and beautiful at the same time. But I don’t know if marriage makes relationships necessarily more meaningful – there are a lot of people who are not married and they have a great relationship, and there are a lot of bad marriages.

For me personally, I’m so happy to be married now. To my surprise, it’s a much better experience than I thought it would be. My husband is my family, the family I chose. The idea of marriage works well with my personality because I have a tendency to leave when things get difficult. I like being married, but I have only been married for five years. We are still very much in love and we have a small boy and it’s just a lot of fun to be together. Hopefully, I will say this after being married for 30 years. I hope I won’t be making Talking About Adultery Part Two.

Linkedin
RELATED ARTICLES
OTHER ARTICLES
In the latest instalment of Photographers in Conversation, the chronicler of raves, protests and beyond explains why he’s drawn to such specifically visceral environments.
Thomas Hoepker‘s images taken during a road trip across America provide a searing social commentary about a divided country.
Wealth inequality and the rising cost of socialising is placing a strain on people’s relationships, reports Eve Upton-Clark.
Curator Antoine de Beaupré discusses his immense record collection and what it tells us about the intersection of music, photography, art, and commerce.
Photographer David Hoffman recalls documenting the extreme wealth inequality around Tower Hamlets and Hackney int the 1980s.
The last few years have seen an increase in LGBTQ-led initiatives to feed the hungry, with many finding ways to stay afloat despite the challenges.