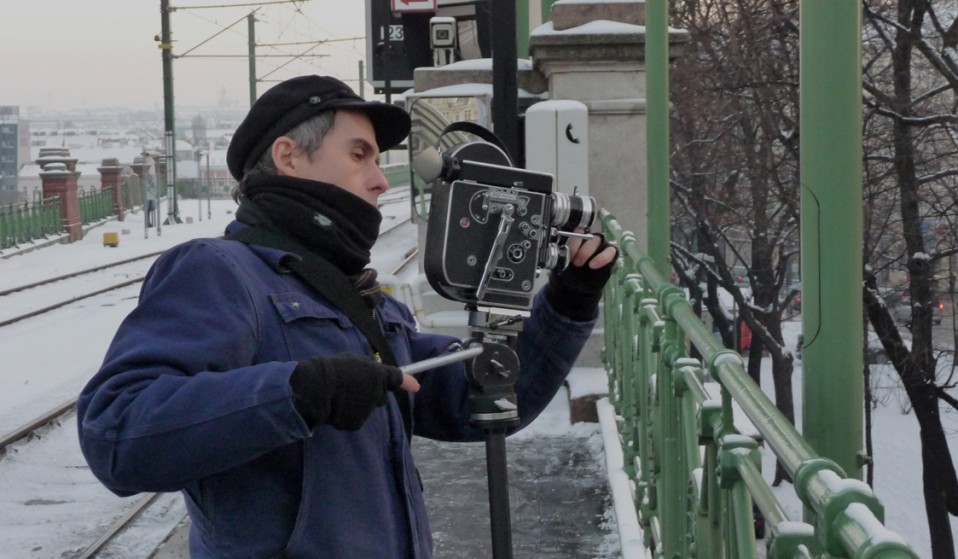 Indie filmmaker Jem Cohen is having his first UK retrospective ever at the Whitechapel Gallery, London. And here's why you might be more familiar with his work than you think.

Indie filmmaker Jem Cohen is having his first UK retrospective ever at the Whitechapel Gallery, London. And here's why you might be more familiar with his work than you think.

Brooklyn-based Jem Cohen is a mystery when it comes to film directors, shunning the mainstream as much as he does being labelled.

Flitting between genres, styles and formats, his work is hard to pinhole in any case. Born in Kabul, Afghanistan, Cohen has settled in downtown NYC, but his work covers subjects and landscapes across the globe.

He now has a six-part screening launching at Whitechapel Gallery, London, as part of his first UK retrospective. Huck rounds up five things you need to know about Jem Cohen, which might explain why he’s one of the most significant directors in international independent cinema.

A prolific artist, Jem has created an impressive body of work over the last 30 years. Ranging from feature films ten years in the making to experimental documentaries and short films, Cohen is as eclectic in his techniques as he in in his output of work.

He collaborated with Patti Smith

The artists have an enduring friendship, and Cohen has made a short film about Smith. The filmmaker has worked with many music artists over the years including Godspeed You Black Emperor!, R.E.M., Vic Chesnutt, Terry Riley, Sparklehorse, T.Griffin, Stephen Vitiello, Miracle Legion, DJ /rupture, Blonde Redhead, Cat Power and The Ex.

He’s an activist in life and work

Cohen doesn’t shy away from raising political and economic issues in his work. He’s made multiple short films about the Occupy Wall Street movement, and organised FUSEBOX festival in Belgium, celebrating a mix of film, music, and activism. Cohen was also intensively involved in safeguarding the rights of street photographers in New York City.

The city is his muse

Known for his portraits of urban landscapes, Cohen has long been fascinated by the changing face of NYC, documenting the city since the 1980s, often nostalgically lamenting its loss of character. Geographical locations and space feature heavily in his work, which explores ideas of ‘non-places’ as well as globalisation and homogenisation. His short film //We Have An Anchor//, is a hybrid-documentary about Nova Scotia, with footage collected over a decade.

Linkedin
RELATED ARTICLES
OTHER ARTICLES
It's been 25 years since the Berlin Wall fell. But can the united city hold onto its liberal reputation? Filmmaker Yony Leyser describes his last five years in Germany's Shangri-La.
Chan Marshall, enigmatic frontwoman of the cultish Cat Power, gives us the lowdown on some of the things she thinks are rad.