Art & Culture / Film / Into The Deep with Finland’s Greatest Freediver

He’s almost 50, he's got asthma, he’s about 235 pounds, and he's also a world-class athlete. Meet 'Kraken', the sea monster – a Finnish freediver who only realised he had the makings of a national champion in his late 30s.

He’s almost 50, he's got asthma, he’s about 235 pounds, and he's also a world-class athlete. Meet 'Kraken', the sea monster – a Finnish freediver who only realised he had the makings of a national champion in his late 30s.

Although his nickname is ‘Kraken’, Antero Joki is not, in fact, a sea monster. But he’s about as rare as one. The 49-year-old Finnish freediver not only became a national champion in a sport he tried for the first time in his late 30s, but he did it with almost no support from the establishment, in a country that’s frozen over a third of the year.

In an age when prodigies are often groomed from infancy, Antero’s story is kind of unheard-of. He’s from another time when wildcards could pop up out of nowhere and become number one. But, despite all his record-breaking achievements, it’s Antero’s private transformation that really makes him special.

He was born near Lake Päijänne, Finland’s deepest and arguably most beautiful lake, where we’re sat eating lunch today. And he was a water baby from the start, even if he didn’t realise it. “In Finnish schools we have this two-and-a-half month summer holiday, which we would spend at our place by the lake,” he says, tucking into a big dessert of marjarahka (quark with berries). “We have tens of thousands of lakes in this country, so everybody has some kind of connection to the water – swimming or boating or fishing – a few of us, even, below the surface.”

Outside the water, Antero doesn’t really look like your average world-class athlete. Almost half a century, he’s a little older than most champions. He’s got asthma (he smoked for ten years), he’s about 235 pounds and, despite the fact he’s about to demonstrate for us one of the most intense sports in the world, there are no minders or agents or physios anywhere to be seen. Antero has just his fin bag, his dive buddy Johanna Nordblad (a record-breaker in her own right), and his trusty motorboat (which doesn’t start when he pulls the choke). But in the water, Antero is otherworldly, gliding effortlessly through the icy water and disappearing into the deep. “It’s incredible, this feeling of weightlessness,” he tells me later, adding with a grin, “especially for a man of my size.” 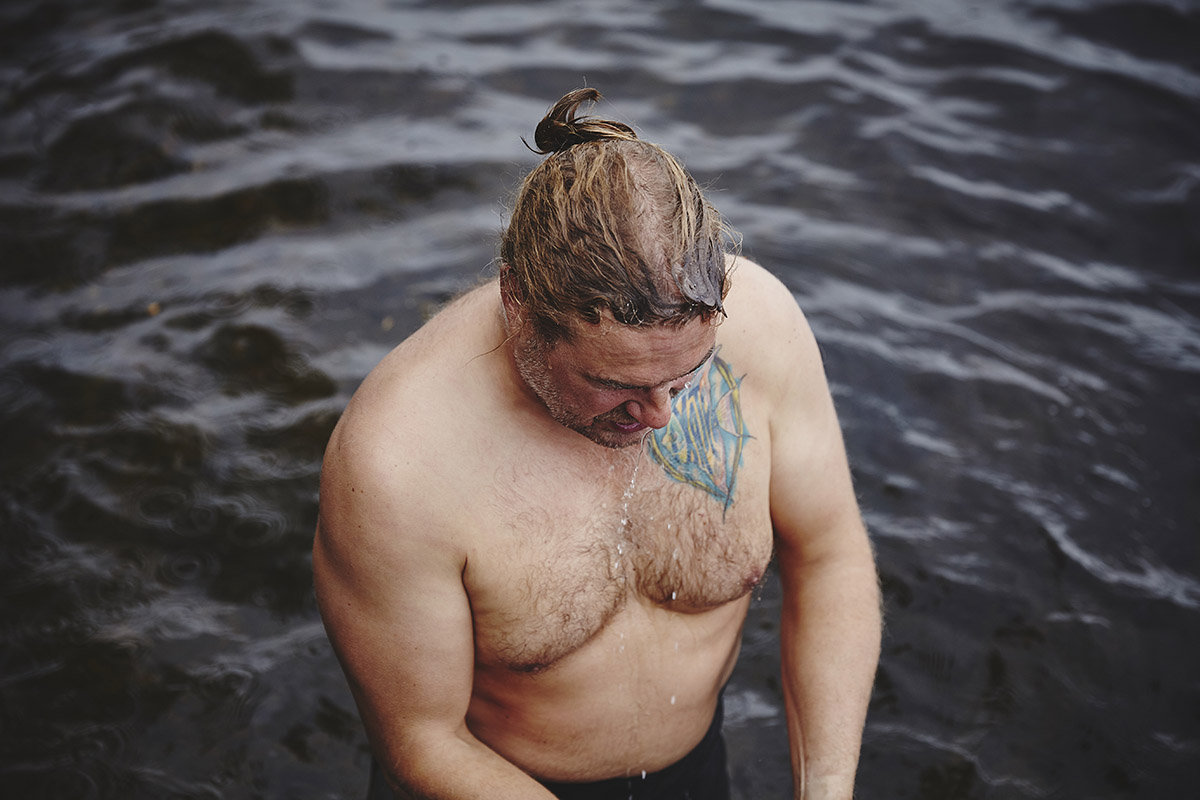 Antero certainly never imagined he could be a champion. His future seemed already written when he served as a member of the UN Peacekeeping Force in South Lebanon in the early ‘90s, but it was a chance scuba trip in Israel’s nearby Red Sea that got him back in the water. Ten years later, he tried freediving for the first time and was totally hooked. “I think nowadays lots of people are a little bit lost in their lives and they want something different,” he reflects. “We have more stress all the time in the work, the pace of the world is getting faster and faster, so we need to relax and calm down, and freediving is a really good way to do that. You will never ever think about work when you’re underwater, that’s for sure.”

The obsession developed and as he kept making personal bests he naturally began competing. These competitions led him to the two most important moments of his life. First, in 2007, at the World Freediving Championships (in pool disciplines) where he met the talented Russian freediver who would become his wife. And second, in 2011, at the Freediving World Championships in Kalamata, Greece, where he made history by becoming the first Finnish freediver to reach a depth of 100m in the ‘constant weight with fins’ category. “It’s a really psychological game,” he says, thoughtfully. “It’s a paradox. If you want to go deep, you can’t think that you’re going deep. You have to have a nice relaxed dive, then you can go deep. If you are too competitive a person then you cannot be successful. You have to learn to relax. That’s the only way to go down.” 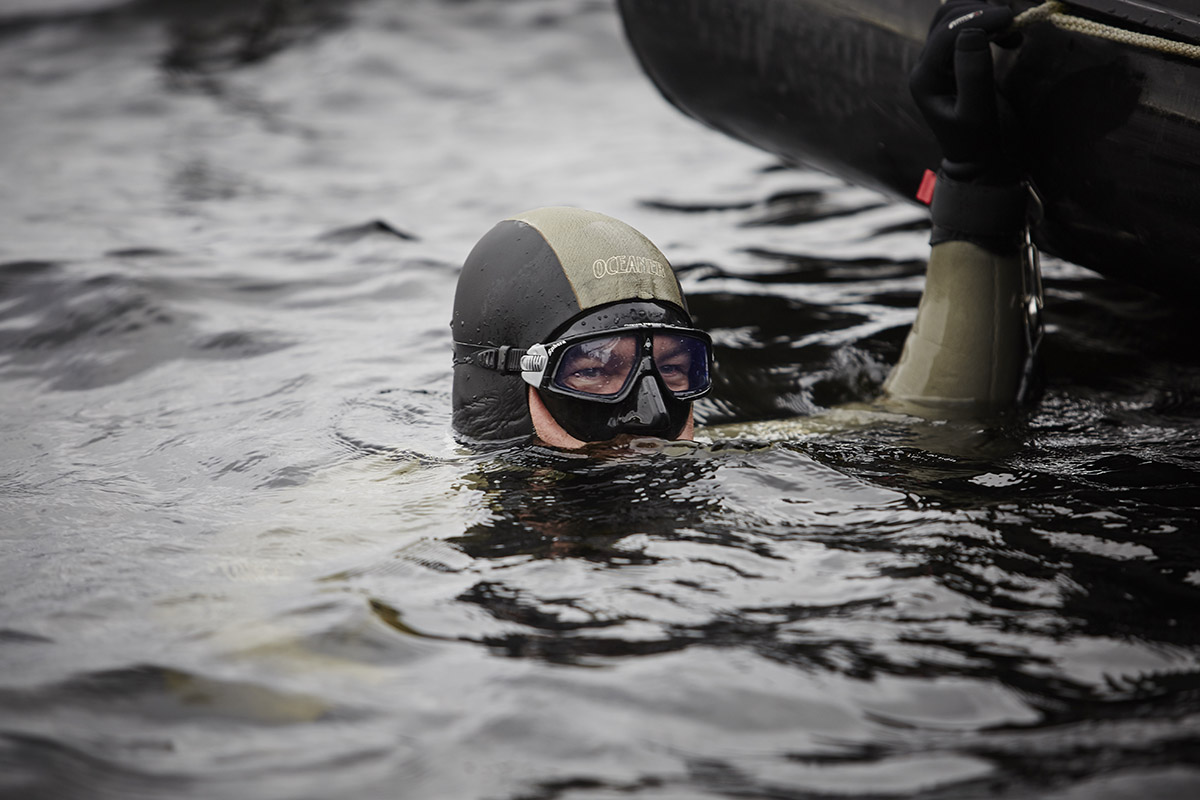 Although freediving is not something you may associate with the notoriously cold and harsh climate of Finland, Antero is optimistic about the edge his location has given him. “Of course cold is a minus, because you are not so relaxed,” he acknowledges, “But on the other hand it could be an advantage because of how strong the dive response is.” Submersion in water triggers a response in humans that allows our bodies to adapt; more oxygen-carrying blood cells are released, blood flows to vital organs, and your heart rate drops. This allows people to hold their breath underwater a lot longer than on land. Antero’s longest breath-hold (static apnea), for example, is almost seven and a half minutes. He’s so passionate about the freezing conditions that he’s even organised an event, ‘Asikkala On The Rocks’, which sees champion freedivers from all over the world descend on this remote area to dive under ice.

Despite all these achievements, however, big sponsorship and globe-trotting opportunities have eluded him. Life as Finland’s greatest freediver does not even afford Antero enough money to attend the World Freediving Championships, which he was disappointed to miss this year.

On top of that, the stakes are getting higher as the pioneers of the sport push deeper. Earlier this year, the greatest freediver in history (male or female) Natalia Molchanova took part in a recreational dive off the coast of Ibiza and never resurfaced. She was a personal friend of Antero’s wife. So why push on? Why continue to break boundaries? “Freediving has completely changed my life,” says Antero, not missing a beat. “My whole point of view. I met my wife, I’m more self confident, I can understand things better… I increased my breath-hold time this year so I’m improving. I don’t plan on stopping anytime soon.” 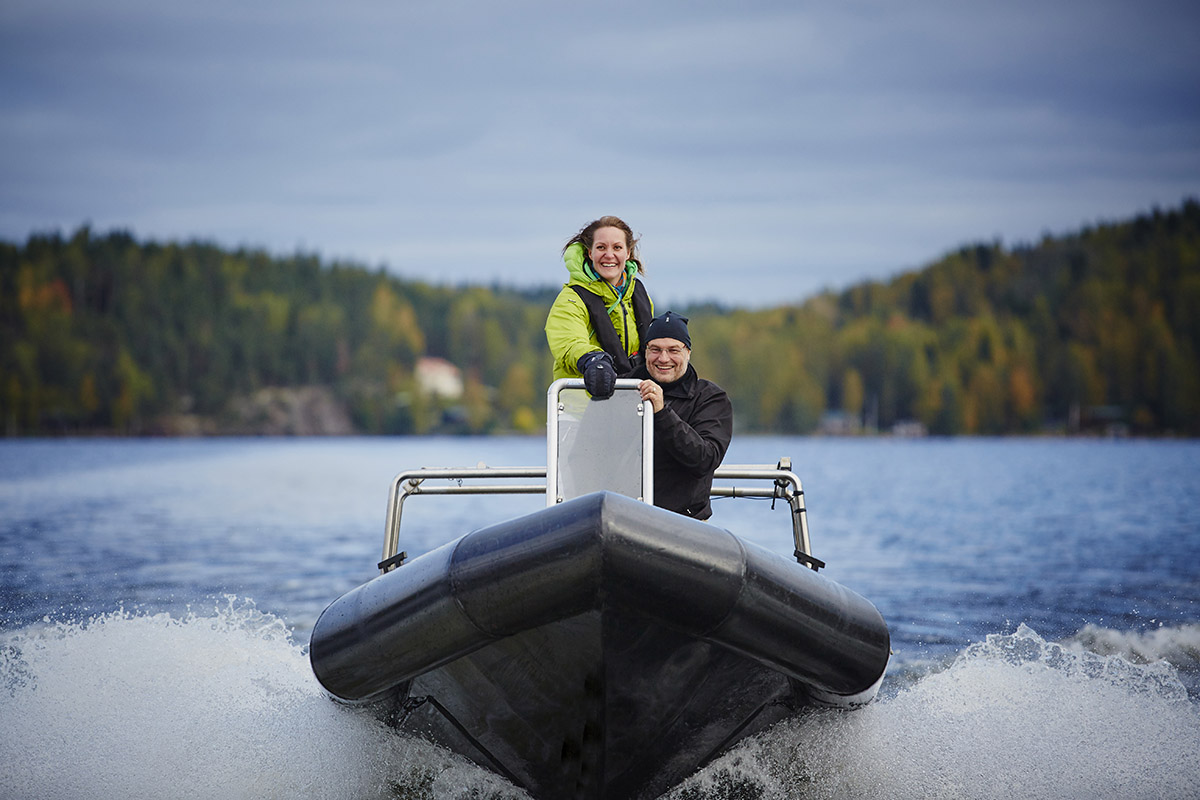 In fact, Antero is already training for the 2016 World Freediving Championships and hopes to find more sponsorship to help take him there. He and his wife now share their love of the water through a freediving school they have established in Munich, which partly uses training techniques developed by the incredible Natalia Molchanova herself. The things he has achieved may seem impossible, but he is confident that freediving can be for anyone. “If you start to trust your body and you understand yourself, you can do the limits of what your body allows you to do,” he affirms. “And most of the time it’s much more than you even think. When I started I set goals. Then after a few years I got these results and I set other ones. And the years ticked by and I got those, too. It’s like a never-ending story. You don’t know what you are capable of if you don’t try … Some people think what we do is magic. But this magic is inside you, everybody. There’s a diving response inside you, you just need to bring it out and you will achieve amazing things.” 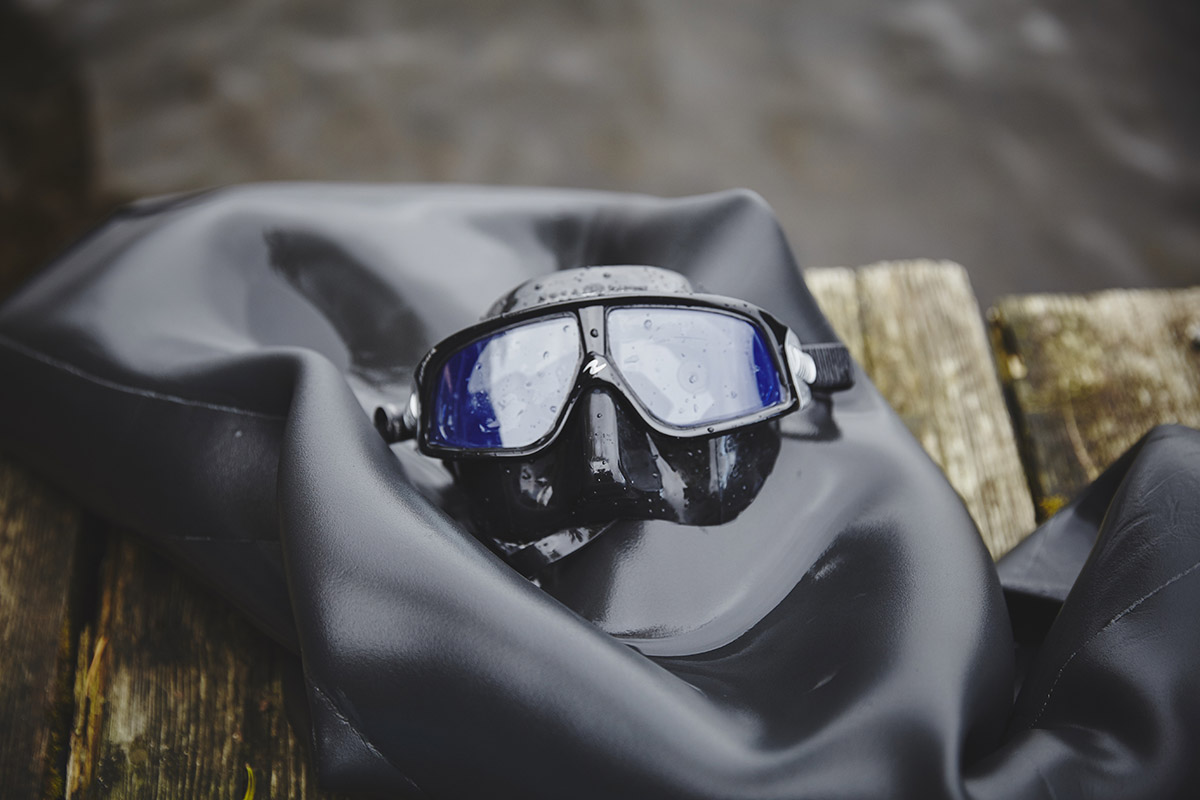 Linkedin
RELATED ARTICLES
OTHER ARTICLES
Get ready to meet ‘Kraken, the sea monster’ – a man who uses special breathing techniques to dive to record-breaking depths in the icy waters of Finland – and other amazing characters.
According to research by leading environmental scientists, our oceans are being damaged at an alarming new rate.
Author James Nestor talks about his book Deep, where he explores the world of freedivers, ocean explorers and renegade marine scientists.