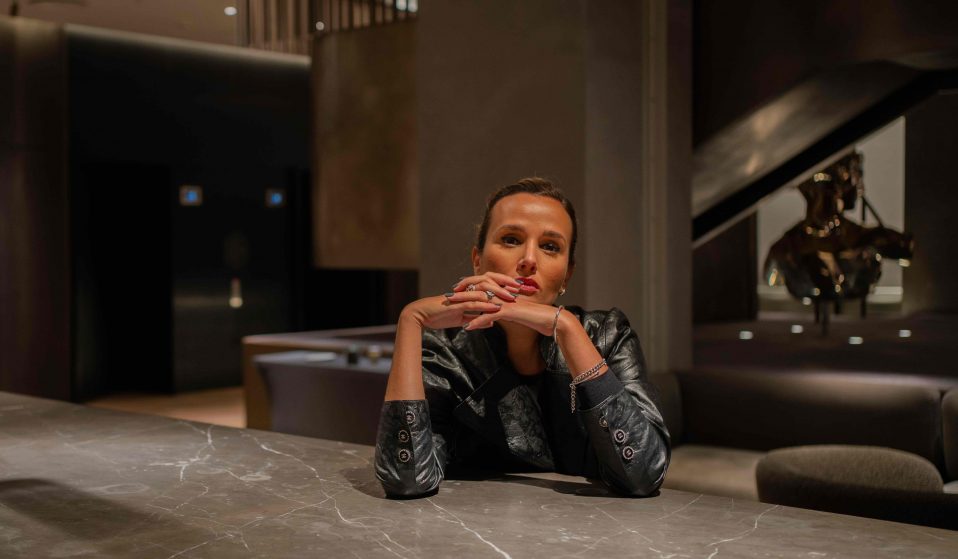 The french filmmaker is only the second woman in history to win the Palme d’Or. The film that secured the prize is further evidence of her status as a unique voice within modern cinema.

The french filmmaker is only the second woman in history to win the Palme d’Or at Cannes. Titane, the film that secured the prize, is further evidence of her status as a unique voice within modern cinema: an artist capable of balancing visceral horror with profound empathy, driven by a desire to tell high-stakes, human stories.

For Julia Ducournau, the filmmaking process is similar to the lion’s share of her art: a matter of life and death. This distinction will surprise no one even broadly familiar with her work.

Her debut feature, Raw, introduced her to the international stage as a bold storyteller with an eye for the visceral. The film follows a young vegetarian, Justine, who develops a craving for human flesh after her carnivorous virginity is broken at a hazing ritual. Not only does it literally straddle the line between life and death, it percolates with the deep idiosyncrasy of an artist who leaves nothing on the table. Justine, as with all of Ducournau’s characters, is rich with humanistic moral ambiguity.

The conversation that emerged around Raw in the mainstream press, and indeed during the film’s marketing campaign, was variably reductive. Aside from the graphic extremities, here was a film that resonated with love and empathy for its protagonist; a coming-of-ager full of visual poetry. Yet some simply labelled Ducournau a “provocateur,” or superficially described her work as “body horror”. Both labels are reductive in a vacuum: taking either as the whole, you fatally miss the point.

This reputation has, for better or worse, followed Ducournau through to Titane, her latest film, which marked her as only the second woman in history to win a Palme d’Or – the top prize at Cannes. (The awarding jury was headed by Spike Lee, no less.) The earliest dispatches out of the festival called it the “car-fucking film”. Since then, Titane’s purported weirdness has been invariably wielded as its central selling point. Yes, fine: the film’s protagonist, Alexia (Agathe Rousselle) is a serial killer who dispatches her victims with a titanium hairpin. And yes, fine: there is coitus with a car, and a fire engine.

But it’s so much more. Alexia is a deeply detestable psychopath. Yet, by the end of it all, we feel for her deeply. This is as much of a testament to Ducournau’s phenomenal empathy – and her ability to communicate it with a brilliant visual language. When we meet (appropriately) in the basement of a (less appropriately) glitzy London hotel, she has just returned from a cigarette break. She’s jet-lagged, she says, and apologises if she’s “a bit slow”. As the following conversation will prove, such fears were greatly unnecessary.

You’ve described the writing process on Titane as “torturous” – you were sat in front of a blank page for over a year, and nothing was coming. That’s a lot of perseverance.

I mean, I think you’re [always] persevering to create something – it doesn’t fall on you like some kind of mystical illumination. It’s funny to always lecture people that you need perseverance, or whatever. It is a fact. But at the same time, it’s not a quality you have. I think it’s just because at one point, if you really need to express yourself, and to create that specific work of art, then it’s a matter of life and death. So it’s not like I was so brave to do that. It’s just that I didn’t have any other option than to get these things out.

You have spoken about how you suffer from vertigo, and how the one time you challenge that fear is on set.

All the time. Constantly, on set, constantly. Especially on a set like Titane’s which was constantly testing our limits – whether it was with the grip, or the fire, or I don’t know, you name it, extras or whatever, it was always very testing. Even when I was scouting the fire station in pre-production, you have to somehow gauge your angles, to see what you could do with that setting. And when you are scouting, you have to try to position yourself and see it from all angles possible, so you have ideas on how to tackle it. So it always implies going very high or very low, or, you know, all of these pressures.

So what’s the impetus to conquer that fear?

Oh, I don’t think I conquer that fear. When I do that, again, it’s just because I do not have a choice. I have to find the best angle, or to find the best way to express my vision of a certain scene. I do it because I have to. I don’t conquer anything. Because the moment I’m not on set anymore, I’m still crumbling. If I have to stand up on a stool or something, you know… [laughs]

I want to go back to Raw briefly. When it was released, there was a lot of reductive language used to market it: “the grossest film of 2017,” and such. How did you feel about that?

I wonder if people will still say that in 20 years, for everything I’ll have ever made [laughs]. What can I tell you? I’ve come to try to ignore it. This is age, wisdom. What I do, I do because I have something to express. I do it for a purpose. Every shot that I do, I do them because I think that they’re beautiful. I film my characters in the most loving way possible, even when I can’t relate to them. So calling this gross? I don’t feel gross. 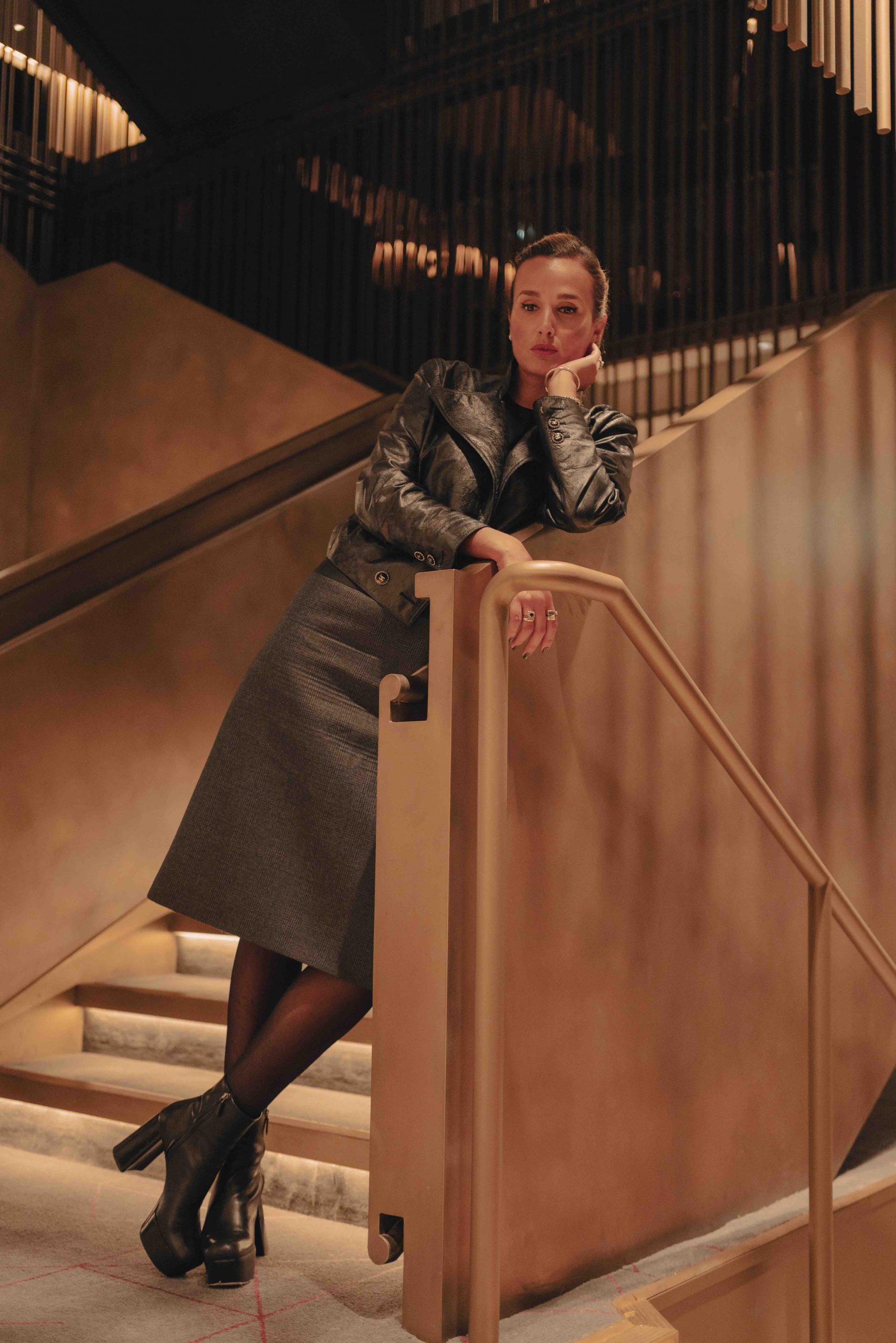 Why do you think that’s the reaction?

Because it’s easier. That’s it.

Is there any way that you would characterise Titane as a reaction to Raw?

Not at all. It wasn’t because I was angry at Raw, for taking so much space in my head and in my life, that I made it against it. For me, I’d like to build up a continuity or an affiliation between my films, and Titane is just one step deeper into whatever I’m trying to dig up. They’re actually siblings, if you wish.

Is there any thematic territory you haven’t touched on yet, that you’d like to explore in your future work?

There are tonnes. However, there are also different angles on the same topic. A different angle on love, for example   – which, in the end, will always be so present. I think it’s always gonna be the same things, but seen through different facets. Maybe I will flip at one point. I really hope that I will surprise myself, and that life will surprise me. I do not feel that I’ve touched even the tip of the iceberg.

Do you think critics have a tendency to place you in a box? Provocateur, body horror…

It’s not only critics. I think our society tends to put everything in boxes. That’s just a consequence of a way, way broader issue. All I can do against that is keep making films that are going to defy our expectations as far as a story is concerned… somehow subverting them as well, in order to create my own language.

It works as well in the way you relate to a character. When I started writing Alexia, and started thinking about her, I realised I would not be able to relate to her for a very long time through the film, and hence the audience would not be able to relate to her morally. That’s my main character, so what do you do? At that moment, I’m like, ‘Do you really have to condone every act of your main character in order to relate to them?’ I don’t think so. I think there are other ways to challenge the way an audience is going to project itself in a character, and my entry point was her body – to try to make you physically feel what she feels, to have some form of very instinctive body empathy.

For example, if all of a sudden someone cuts your arm in front of me, and I’ve never had my arms cut but I know that this hurts, my reaction is going to be very strong physically. I’m gonna immediately empathise with [the] pain. So that was my entry point. That’s challenging the way we can write a story.

Exactly. I think it’s also a way to broaden the spectrum of what we believe is our humanity, and try not to make things black and white – to broaden this very grey area that exists, but most of the time we do not want to acknowledge. 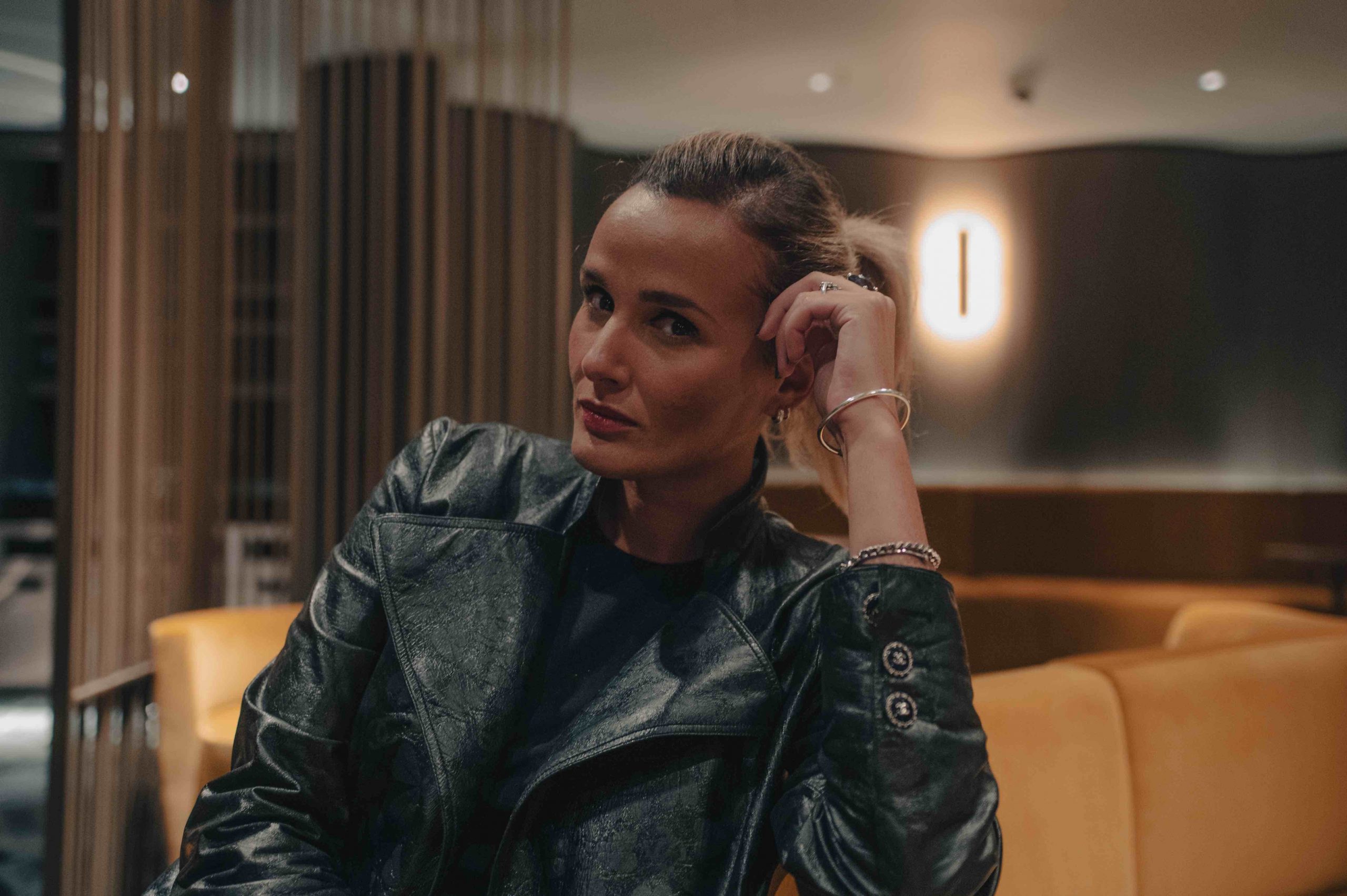 What are some of the influences that have brought you to this point?

Cinema has always been part of my education. I always watched a lot of movies at home. And I’ve always written a lot. I think the moment I learned how to write, I started writing. All of the artists that have become my family, my background, my foundation… for me, they expressed freedom in their art in a way that I was not even aware it could.

It’s always been people who have opened the space in my head which was like, ‘Oh my god, actually, you can be free in the world.’ For that example, [Pier Paolo] Passolini is really one of the directors in front of whom I’ve had this shock. He opened this space in us where we [saw] that humanity, and freedom, was not as narrow as we thought it was. I think that this energy is something I’ve always wanted to reproduce.

So when you’re sitting there in front of a blank page for a year, not able to write anything, that’s one of the things that gets you through it?

Yeah, absolutely. It’s horrible to say, but I tend to like stories about writer’s block on very famous writers who couldn’t write for years, because it makes me feel less alone. I tell this story, my story, a lot, because you usually have young filmmakers or writers that are listening to you and expecting some kind of comfort in a way. I always say, ‘This is not supposed to be easy, this is not supposed to be nice.’ I tell them how I froze, and how painful that was. But these things happen, and there’s no genius thing where you’re supposed to fill in pages. Nothing good is done without doubts. Doubts make you go further.

Yeah, to a fault. I’m hypersensitive as hell. I think it’s very useful. But you can’t be this hypersensitive, empathetic person on set, because you wouldn’t get anything done. That’s actually why, sometimes, I have to switch modes. Because you can’t be like the sunset.

Linkedin
RELATED ARTICLES
OTHER ARTICLES
In the last of our dispatches from OFFF Barcelona, Rufus Deuchler and Vincent Gault discuss the future of creative process.
Following the release of his latest album God Don’t Make Mistakes, the rapper talks horror villains, police brutality and being unafraid to show his vulnerable side.
While protests over abortion rights rage in the US, access to abortion services is still almost nonexistent in parts of the UK.
The author discusses her blistering new novel about history, revolution and queer love.
The government’s failure to take long Covid seriously has led to the formation of a group campaigning for the thousands of forgotten victims of the illness.
Members of the collective share some of their reasons to run as part of #UnitedBySummits, a campaign that looks to uncover transformative power of the outdoors.