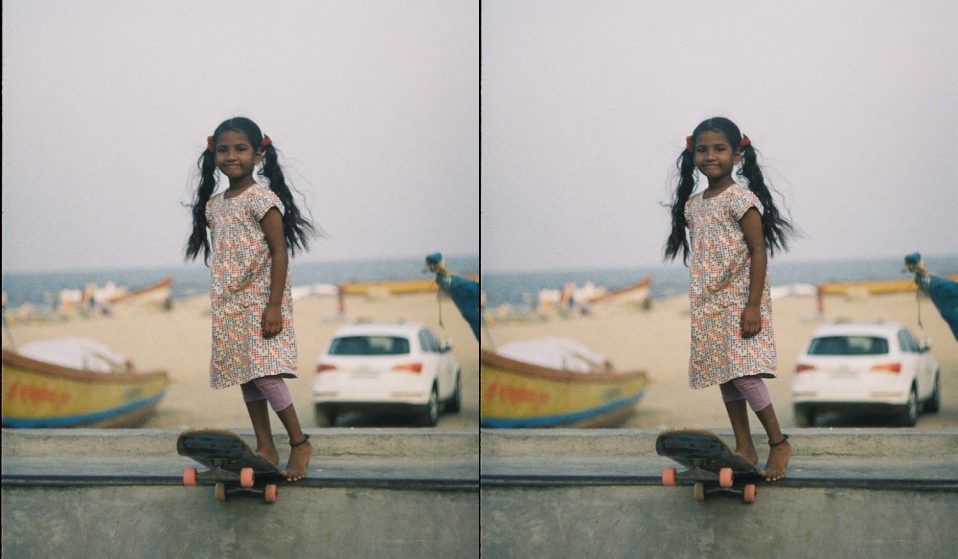 For six-year-old Kamali, skateboarding has become a way of creating major positive change – breaking down barriers that have held women back for generations.

For six-year-old Kamali, skateboarding has become a way of creating major positive change – breaking down barriers that have held women back for generations.

“I had seen this photo of a six-year-old barefoot girl skating down a ramp in this little dress and I knew she had to be in the video,” says Sasha, referring to a viral image shared by pro-skateboarder Tony Hawk.

After locating the girl in the photo, Sasha invited her and her mum to Bangalore. It was the first time they’d ever left their village. “When Kamali arrived at the skatepark her eyes lit up – she’d never seen such a big skatepark. Her energy was magical,” recalls Sasha.

“On the second to last day we interviewed Kamali, who, as you can imagine, had limited rhetoric. Suganthi stepped in. By the end of our conversation, I was in tears. I knew we had to find a way to come back and make a documentary about their relationship and everything Suganthi is trying to do to empower Kamali.”

Six months later, after fundraising for the project, Sasha returned to India: “We had originally intended to film a feature but the budget restricted the duration we could be on the ground. In the end, we decided to let the story dictate the length of the film, and ended up with what we have today.”

Raised by a fishing family in Mahabalipuram, India, Kamali is one of three generations of women who live together in the same house. While her mother Suganthi and grandma Lakshmi have always conformed to traditional gender roles, Kamali’s generation symbolises a radical shift.

Kamali was five-years-old when she got her first skateboard – a gift from her uncle’s friend Velu – and it wasn’t long before she started to learn how to ride it. Unlike her mother and generations of women before her, who were kept indoors until they were married, Kamali spends her days between school and the skatepark.

“In my village, I am the only girl skateboarding,” explains Kamali over an email. “The other girls’ parents are scared and say to my mother, ‘why are you letting your girl fall down?’ But slowly it’s changing; now they ask if I can teach their children.”

“I think girls can do everything, they can surf and skateboard. Some girls in the village are scared to skateboard. I tell them, the small children, I hold their hands and put them on the skateboard and place their feet and show them how to stand.”

“The challenge is that we only have a small skatepark in our village and there is no one to coach us, so we learn what we can and just have fun.” 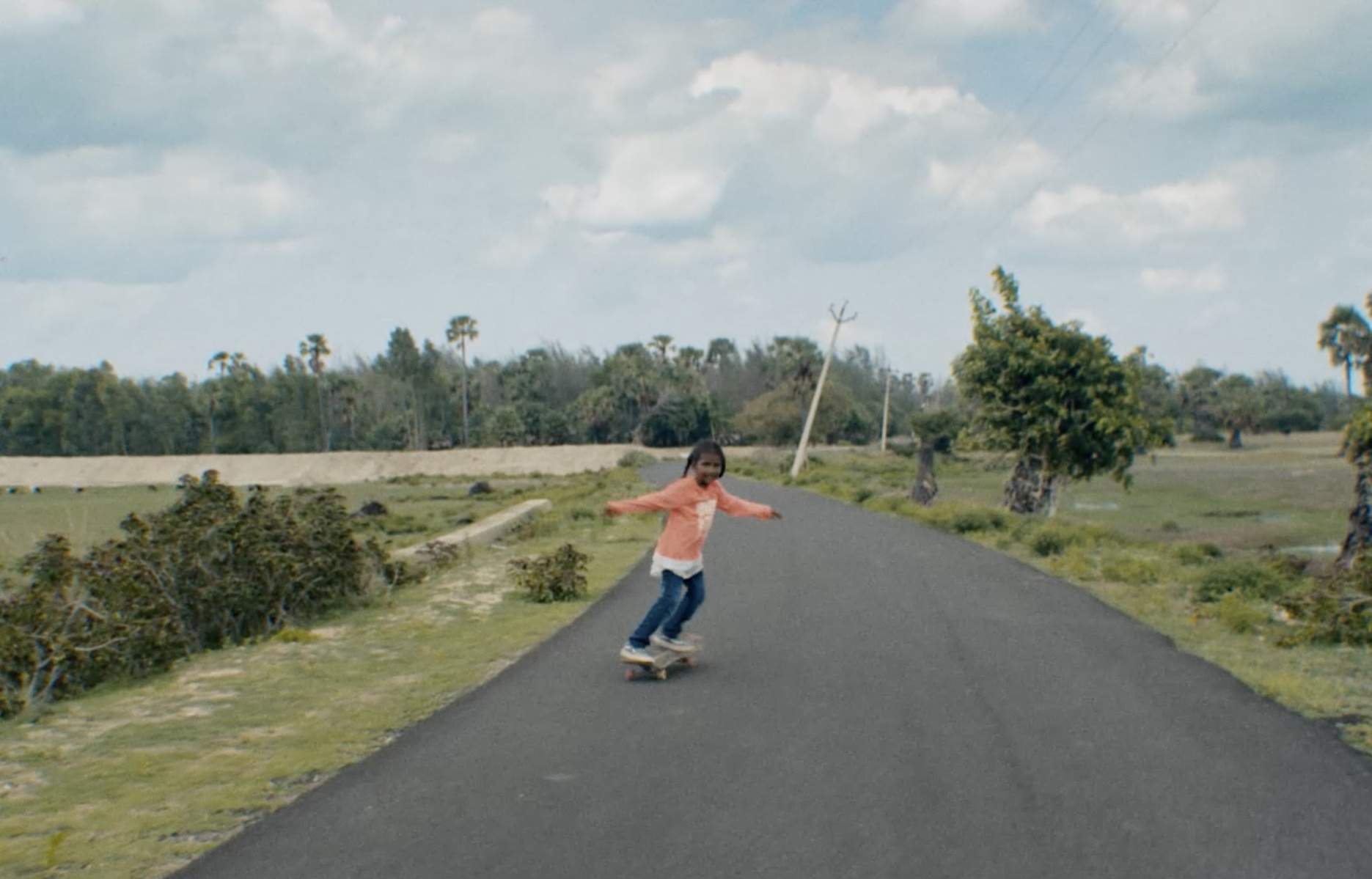 In India, strict cultural beliefs hold that a girl’s overriding goal should be to marry and fulfil her role as a dutiful wife. Suganthi, however, is challenging the status quo. She’s determined to help Kamali get an education and access opportunities she never had.

Moved by her courage and commitment to empower her daughter, Sasha was keen to highlight Suganthi’s story too, and the film combines the stories of both mother and daughter.

In her life, Sasha recognises parallels within her own family, adding that the theme of “breaking cycles” has been an ongoing fascination in her filmmaking. “I am an immigrant who was born to a refugee mother, and on both sides of my family my grandmothers were the first to be properly educated,” she tells Huck.

“I have a lot of ‘that could have been me’ moments, and often think of these miraculous decisions and situations that happened to my family members that determined I would be here, now, with the privileges I have.”

“Kamali has, in my opinion, what people call, ‘the X factor’ – that magical energy that is super subtle and all-powerful,” says Sasha. “She brings people together; she is caring and tender, yet totally fearless at the same time.” 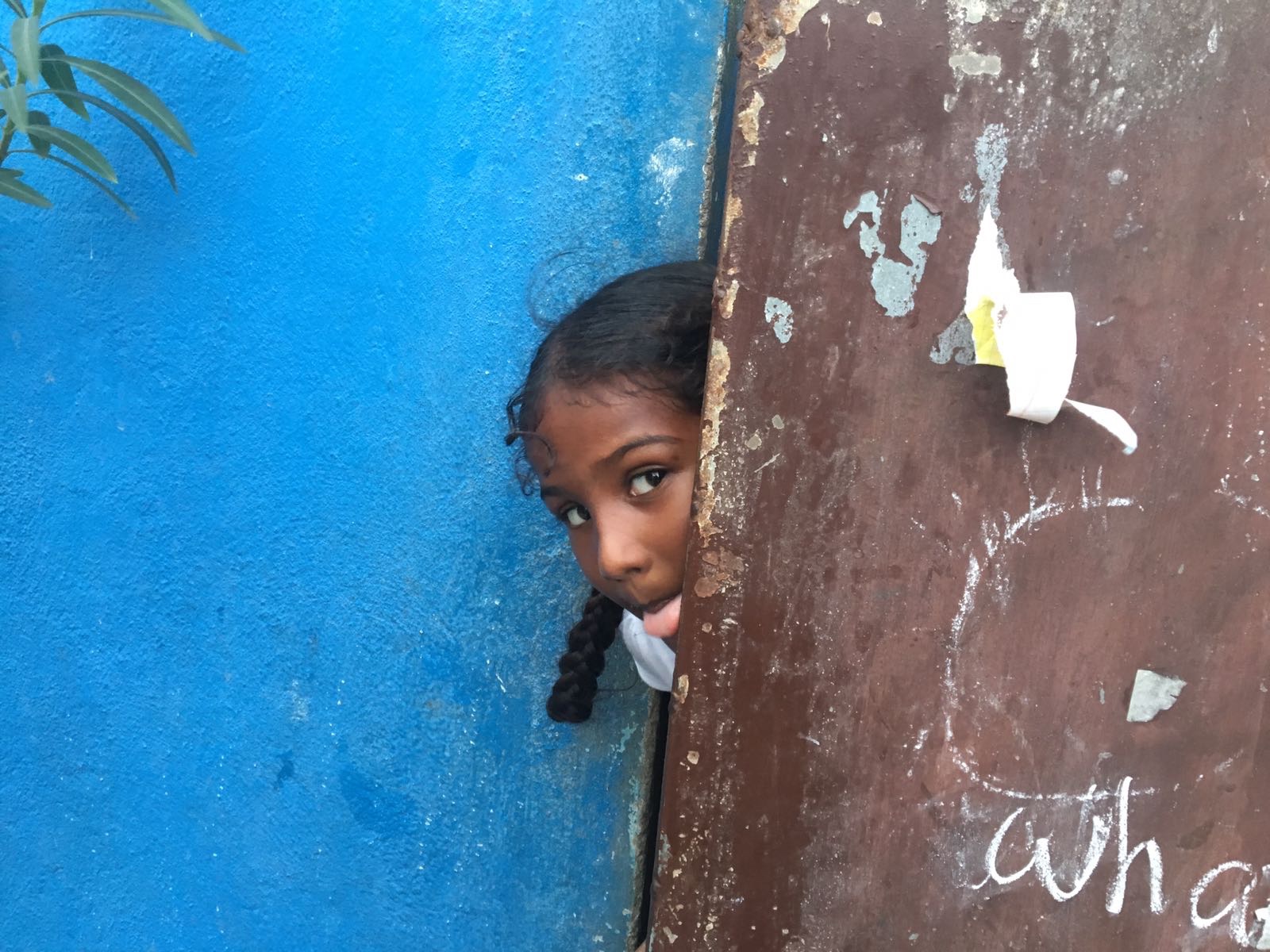 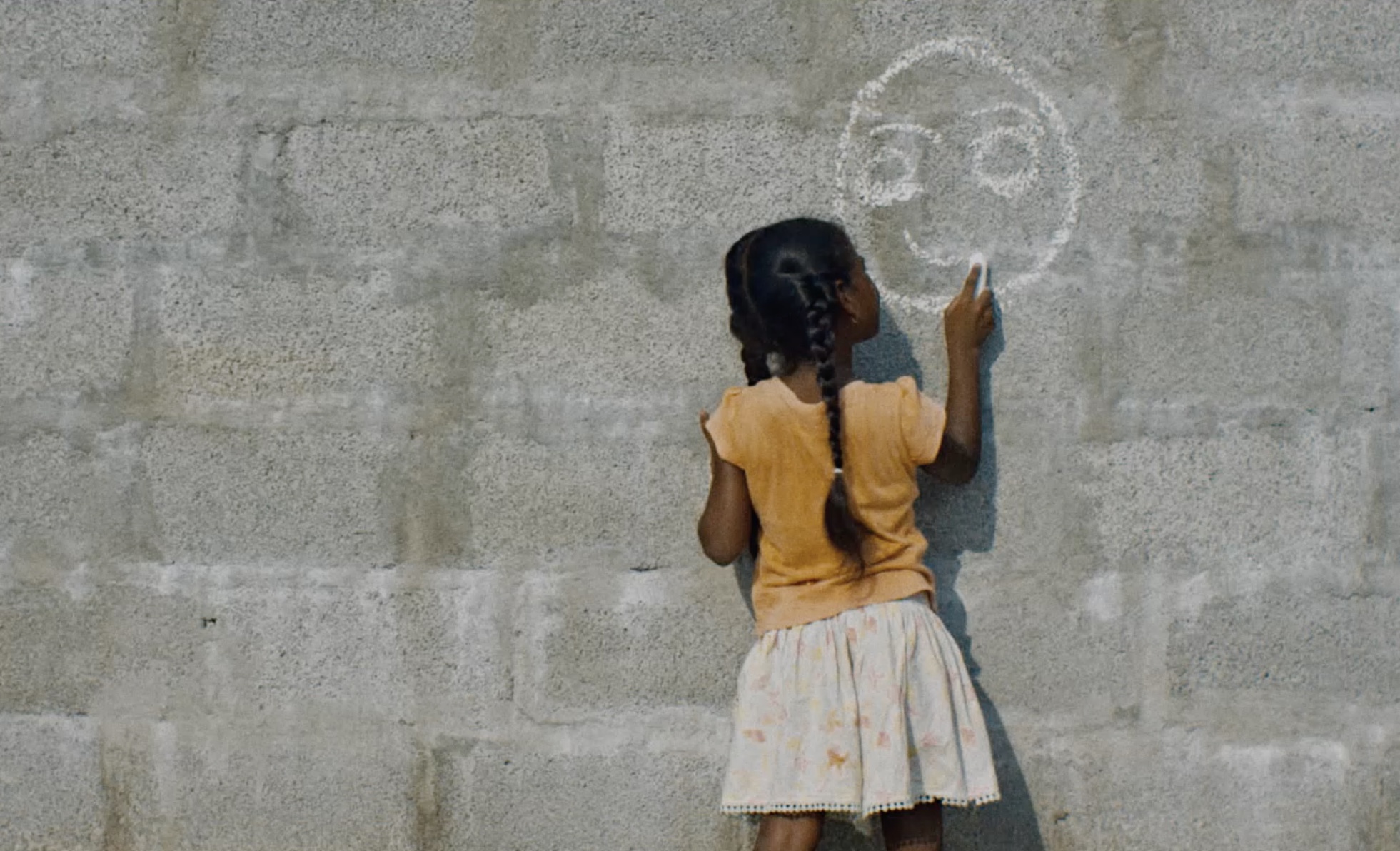 The second story follows Suganthi as she embarks on a pilgrimage. Having escaped an abusive marriage, it is on this trip that she faces fears, difficult truths and memories from her past.

“In any good tale the character goes through changes,” says Sasha. “What’s interesting about Kamali’s story is that her mother’s fight to empower her daughter through skateboarding has inadvertently ended up with empowering herself.

“Skateboarding is all about the inevitable failures you must endure, the belief you must stand up and try again, and there seemed to be a beautiful correlation with Kamali learning to skate as with her mother learning to walk her own path in life.”

The film, which won Best Short Documentary at the Atlanta Film Festival and Raindance Film Festival, as well as Best Director at Mumbai Shorts International Film Festival, is now shortlisted for the 2020 BAFTAs and it is already making an impact.

“Through the film, someone reached out and an NGO has come on board to put [Suganthi] through driving school, with the aim of her being able to get a licence to be a taxi driver, which will be life-changing,” says Sasha.

“We’re working with the community to try and build a bigger skatepark because Kamali is starting to teach other girls, whose parents have finally allowed to skate since seeing the positive impact it’s had on Kamali.”

She adds: “Skateboarding is a symbol for these women, a symbol of going against the grain, standing boldly in front of society and taking ownership of their lives.”

You can watch Kamali in full here, and learn more about it on its official website.

Linkedin
RELATED ARTICLES
OTHER ARTICLES
Photographer Melanie Nissen recalls capturing the characters, fashions and rarefied chaos of a rapidly-expanding set of punk bands who helped to redefine the genre.
While the popular news aggregation service has been kicked off Twitter, its demise does not spell the end of digestible misinformation.
From the queues outside to the last ones standing, Francesco Mellina’s new photo book follows a night that has gone down in the Northern-Soul history books.
In 1984, Martin Shakeshaft set out to document the miner’s strike as it really happened, using his photography as a tool for activism.
A new book traces the legislation’s tumultuous history and the lasting impact its had on LGBTQ+ activism today.
Those set to be impacted by the governments ’undemocratic’ bill explain why it risks silencing them.