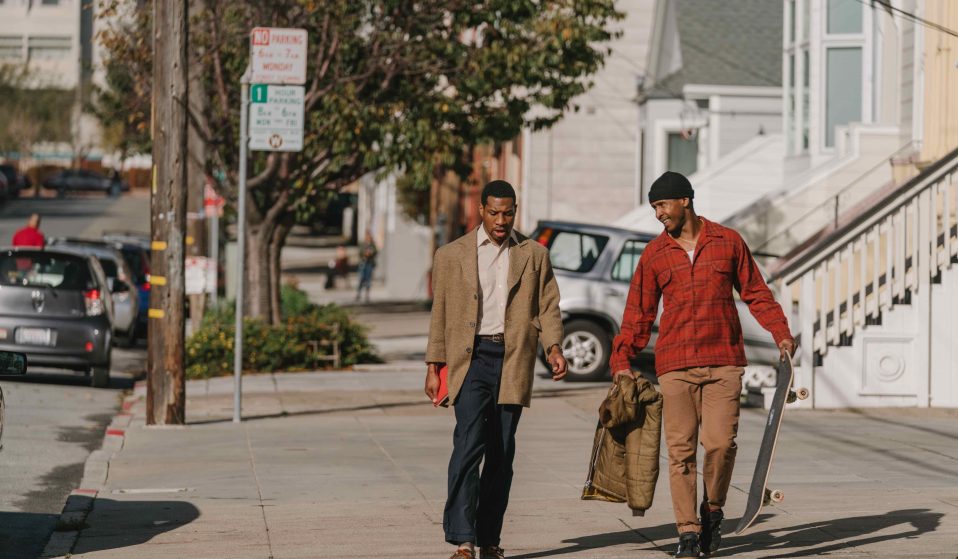 Ahead of its UK release, the team behind The Last Black Man In San Francisco explain how they crafted a story about friendship, solitude and displacement..

Ahead of its UK release, the team behind The Last Black Man In San Francisco explain how they made this year’s indie breakout – a story about friendship, solitude and displacement.

Winner of two awards at this year’s Sundance Film Festival, The Last Black Man in San Francisco is stylistically bold and dryly funny – a soulful tale of friendship, gentrification and solitude, set in the titular city.

Jimmie Fails – who shares a writing credit with Rob Richert and Joe Talbot, the film’s director – plays himself in a narrative partly informed by his own experiences. The film sees the onscreen Jimmie, close friend Montgomery (Jonathan Majors) at his side, searching for home and belonging in a rundown part of SF.

An opportunity presents itself over in the Fillmore District when a Victorian-style house reportedly built by Jimmie’s grandfather is abruptly vacated by the current occupants in the now predominantly white neighbourhood. Jimmie sees a chance to reclaim the house, and all it represents to him – by any creative means necessary.

Huck spoke to Fails and Talbot at the Locarno Film Festival in Switzerland, where their film played outside of North America for the first time.

Gentrification is affecting major cities worldwide, with the Bay Area becoming particularly notable for how bad it can get in North America. What about San Francisco did you most hope to capture in the film?

How do you keep that fading spirit of the city within yourselves, or use it to inspire other people?

Joe Talbot: It’s funny because when we were first working on it in isolation together, before we brought on all these other people, we were angrier – because we were lonelier. It’s a very lonely feeling to exist in San Francisco now, either as a native San Franciscan or as an artist. But as we met these people, it’s hard to be as angry because you’re like, ‘Well, there’s still these great people here in the Bay Area.’ I think that optimism really surged to another level when we released the movie.

San Francisco is just electric right now. People are writing us every day saying, ‘Oh, I ran out of the theatre, went home and started writing poetry again.’ Or, ‘I started painting and I haven’t painted in years.’ Hearing those stories – especially having grown up on the stories of incredible artists that came out of San Francisco – to feel like we’re having an impact on people there is, in some ways, the most meaningful thing you can hear.

Sometimes it feels like the city doesn’t love you back. But I think the people there that have somehow remained [here] against all odds are very encouraging for spirit. So hopefully that’s a dialogue. We encourage them, they encourage us. 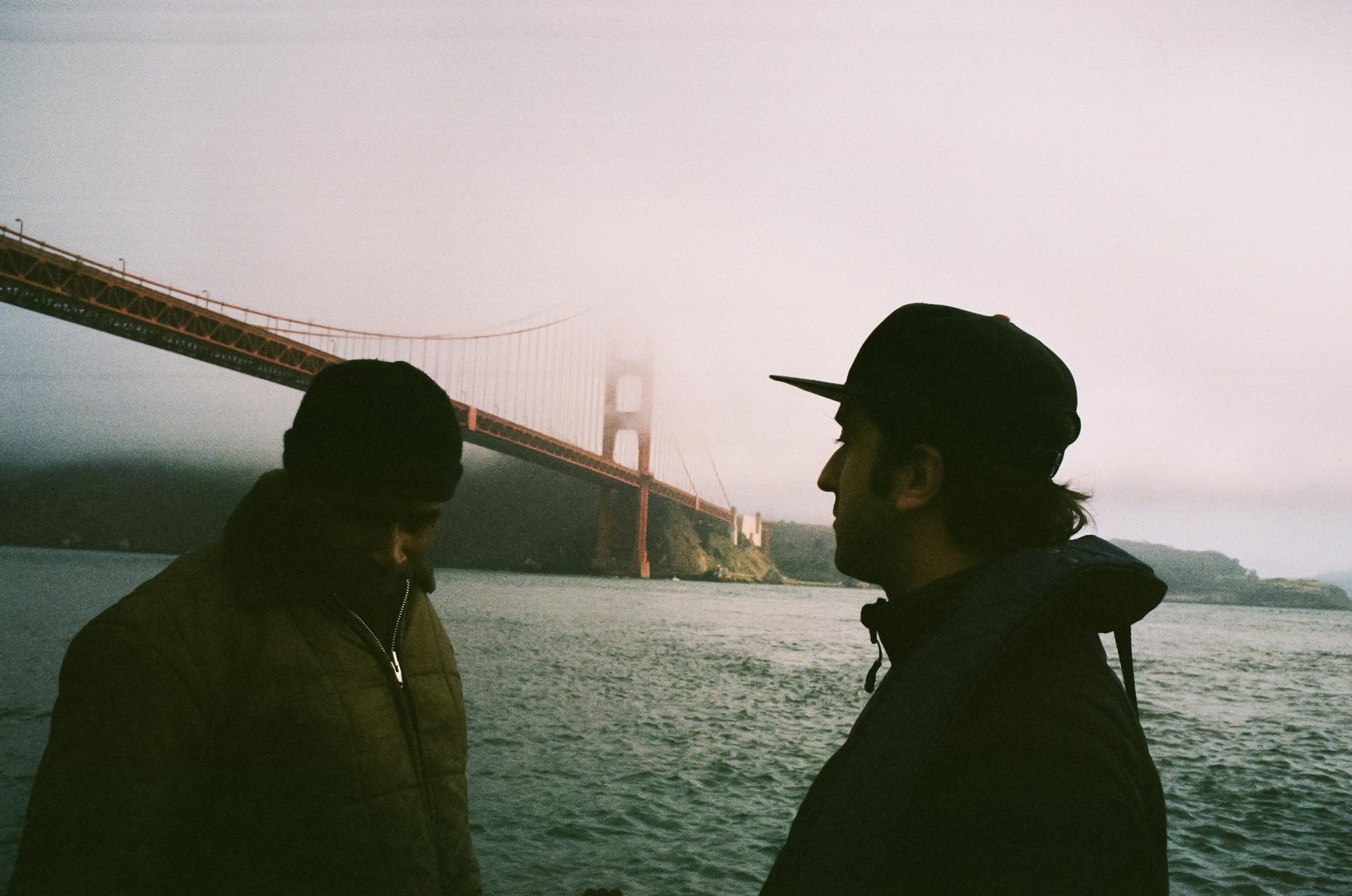 Gentrification is at the core of the movie’s conflict, but it also doesn’t reduce the battle to Jimmie versus, say, a tech employee.

Fails: Earlier drafts were a lot angrier. You’re younger and you’re angry because it’s fresh too, so it’s kind of like, ‘Fuck gentrification, fuck techies, fuck everybody!’ And then you get a little bit older and find different ways to express how you feel about it. Meeting people gives you a different perspective and helps you approach it in a gentler way. Even though it’s fucked up and gentrification is violent. It’s not gentle at all.

But if you’re arguing with someone and you’re fucking yelling at them, you’re not going to get anywhere until you actually talk regularly like adults. Even though it’s fucked up, if we still try to explain in a more understanding way, I feel like that’s always more effective.

How should the city’s history inform its future?

Talbot: I think the movie was an education for us in our own city’s history. Just because we’re from there doesn’t mean that we know everything about it. Because the movie deals with Jimmie’s family history, we were really digging into what happened, what came before us. And in doing that, you have a deeper understanding of what’s happening today.

You understand gentrification is not new. In fact, people have been being ripped from their homes by governmental forces in San Francisco going back to the ’40s, with the Japanese being interned. Part of the reason that the Fillmore area became known as ‘Harlem of the West’ is because African Americans moved there to work in the shipyards from World War II. Some of the homes that had been vacated during that period had been vacated by the Japanese, and they came back and their homes were gone.

Then you look at what happened to that area 10 years later with redlining. It’s city developers trying to find ways to rip African Americans from their homes, who’ve been working and trying to – in many cases – save up enough money to buy these properties. But they were kept in perpetual poverty because the GI bills that were afforded to white soldiers coming back after the war weren’t afforded to African Americans.

When you understand that history, you really get frustrated when you hear people say, ‘Oh, cities are always changing, it’s inevitable.’ Because that sentiment lacks an understanding of how, historically, there are real forces behind these changes. It’s not just a natural occurrence that happens. It was not natural that black people were ripped from their homes and that entire blocks of Victorians were bulldozed. That was systemic. So the history tells us it’s much more complicated and that there are real forces in place pushing these things. And they continue to do so. 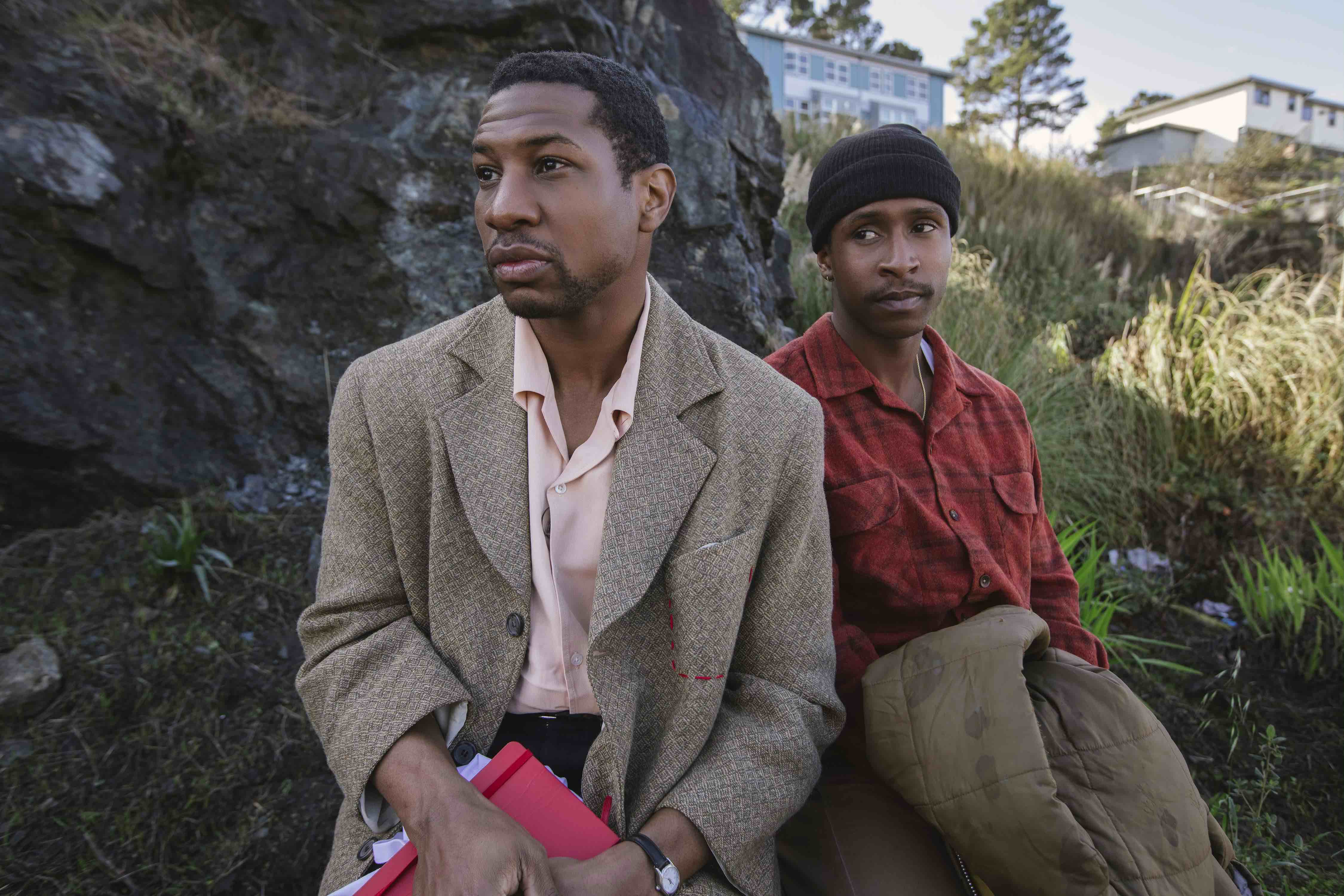 The film is a collaborative project that stems from your own friendship, but have you encountered any pushback regarding the optics of a white filmmaker directing a story centred on a black ensemble?

Talbot: I think there are people that question it. And it’s a good question in a lot of ways because, historically, there are many white directors that come in and tell stories about characters and places different from their own background, and they don’t always have that sincere connection to those places and people. It’s a good question and I think every situation is different.

In our case, we grew up together – we’ve been making movies together since we were little kids. And what started very much as a collaboration between us then became a larger one with a group who all have pretty diverse backgrounds.

Jimmie’s my creative partner in this. My producing partner is a woman named Khaliah Neal, who is from Oakland right across the Bay from San Francisco. Her family’s from San Francisco, she’s African American, and her experiences are, in a lot of ways, directly connected to this film and what it’s about. It’s just really important to surround yourself with people that creatively, politically, socially really understand what you’re making and make sure that it’s always an open dialogue – a true collaboration.

Fails: From the outside, it’s like, he’s white and I’m black, but we’re best friends. He’s telling a story about me and I just happen to be black and his best friend. He didn’t approach me like, ‘Oh, I want to tell a black story.’ That’s not what happened. It’s two friends making a movie and people just look too deep into it. Although, I get why. But there’s a context to it.

The Last Black Man in San Francisco is showing at London Film Festival 2019. It is in cinemas from 25 October, 2019.

Linkedin
RELATED ARTICLES
OTHER ARTICLES
Our new magazine is here, starring the inimitable Mitski. Order your copy now and join us on a trip around the world.
The government’s failure to take long Covid seriously has led to the formation of a group campaigning for the thousands of forgotten victims of the illness.
While protests over abortion rights rage in the US, access to abortion services is still almost nonexistent in parts of the UK.
Photographer Robin Graubard’s debut book offers an unflinching record of turbulence and change across the Balkans.
The revered showbiz chronicler recalls his journalistic beginnings, documenting subcultural scraps in the ’80s.
To mark the anniversary of the mass trespass of Kinder Scout, a group of hikers came together with the intent of creating a new, fully inclusive culture for rural spaces.