Makeup artist and master of transformation Rolly Robinson shares his inspiring outlook on life and upliftment in short doc ‘More is More’.

Makeup artist and master of transformation Rolly Robinson shares his inspiring outlook on life and upliftment in ‘More is More’, a beautiful short doc from director Alexis Boling.

“Man is a god when he dreams,” filmmaker Werner Herzog once said. For More is More director Alexis Boling, makeup artist Rolly Robinson is a walking example of that power.

Rolly uses makeup and costume to transform himself into a dazzling array of new characters, each of whom is a different reflection of the Rolly who lies beneath. With a huge following on Instagram, Rolly differentiates what he does from drag, seeing each of his creations as art which transcends social and cultural definitions.

More is More director Alexis was inspired by Rolly’s fearlessness, creativity and his ability to escape into his imagination through each of his characters. “We had a four hour conversation with Rolly at his place in Harlem where we covered everything from his deep connection to origami to face painting with melted-down Skittles,” Alexis explains. “One of the truths that emerged during that discussion was how the inner world of imagination is a landscape we can all access at any time. You don’t need particular resources, money or time, to live in your fantasies – it’s an option that’s always available, and he lives that with full intensity. Rolly’s transformations are his way of living in his dreams in real time.” 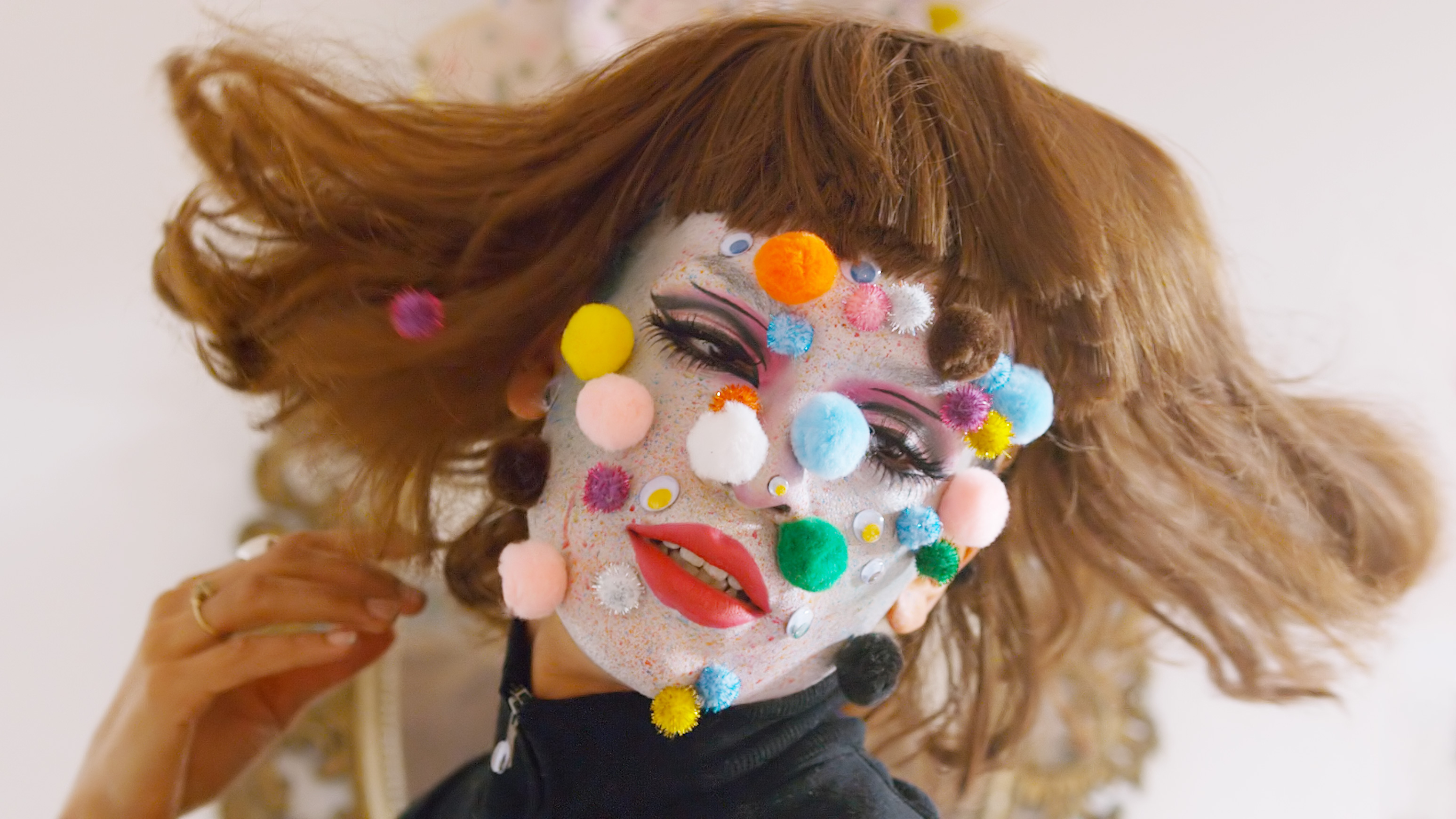 Rolly was born in the American south, but feels like he never lived in this century, in this time, or on this planet. He’s a unique spirit whose unbridled optimism was an infectious draw for Alexis and his team at Harmonium Films. As they got to know Rolly though the course of making More is More, they discovered how a car accident that nearly killed him had a profound effect on how he sees his work.

“It triggered a radical shift that seems to be lastingly positive,” Alexis explains. “He stopped taking all the little dramas of life so seriously. He realised the priority for this trip on earth is to have a good time and to radiate light and energy no matter the extenuating circumstances around him.”

“Artistically, his looks also began to mature after the accident, becoming more conceptual, more intricate and detailed,” Alexis continues. “He found a fearlessness that liberated him to really start playing and experimenting. It’s a joyous place to create from rather than a calculated one, and you can feel it when you’re around him.” 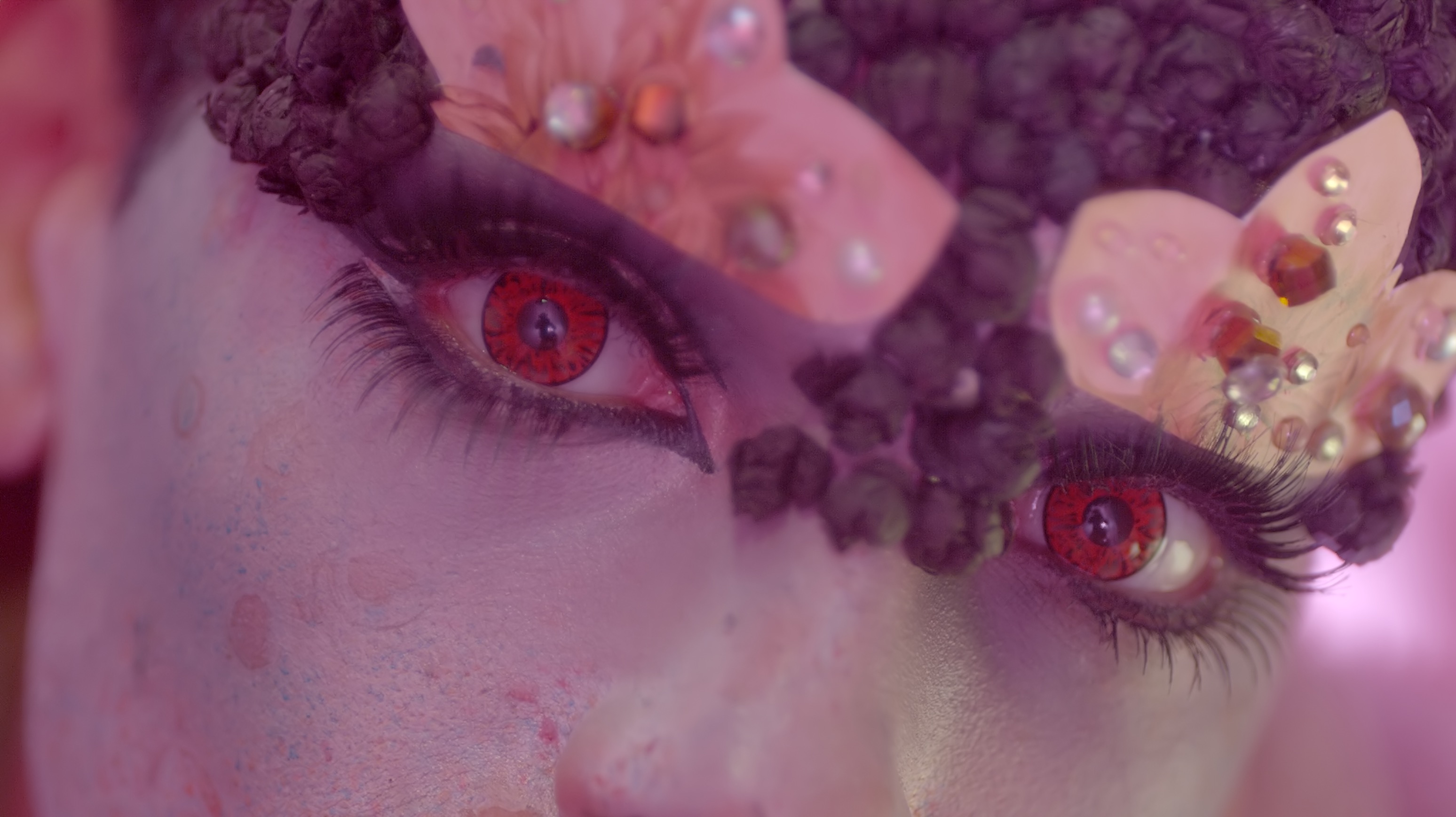 Alexis and all of his team were affected by Rolly’s energy and his openness encouraged them to experiment and play as filmmakers. More is More is the first instalment in a forthcoming series that will see a different incarnation of Rolly traversing worlds both real and imagined with each episode.

“One morning this winter when I was eating ice cream in the shower for breakfast (try it), I had the realisation that the world could use a big dose of Rolly,” Alexis remembers. “[I thought that] we could be the ones to help amplify his spirit into the universe. There’s a great quote someone once said about Kraftwerk along the lines of, “They haven’t done much to convince the world they aren’t aliens. Rolly is one of the few entities we’ve encountered on this planet who gives us that same feeling.”

In the context of the seemingly darker and darker times we’re living through, Alexis and his crew are determined to inspire others through Rolly’s creativity and optimism. Or, in Rolly’s words: “Be this light and this energy,” he says. “Make sure I radiate [that] even during shitty times. And that’s all I can do. There will always be some form of beauty somewhere, even after this world is destroyed, there will be beauty somewhere.”

Head over to Harmonium Films to find out about the next instalments of More is More.

Linkedin
RELATED ARTICLES
OTHER ARTICLES
After building his reputation covering the US civil rights movement in the 1960s, the photographer went on to produce some of the most enduring images of the past century.
Social prescribing connects people with non-medical support to improve their health and wellbeing – but some experts worry it’s just a stick plaster solution.
Author Edward Banches dicusses his new book, which examines the hard rock and metal scenes in five African countries: Botswana, Togo, South Africa, Kenya and Ghana.
Since 2007, Gideon Mendel has made 20 trips to document floods in 13 countries. The result is an alarming record of what has already been lost to the climate emergency.
Filmmaker Laura Poitras discusses her new documentary which traces the remarkable life of the artist-activist and the impact of her battle against the US opioid crisis.
Photographer Sean Maung reflects on documenting a small town in Pennsylvania afflicted by high levels of unemployment, poverty, violence, crime, and addiction.