Art & Culture / Life as a teenager, with the volume cranked up 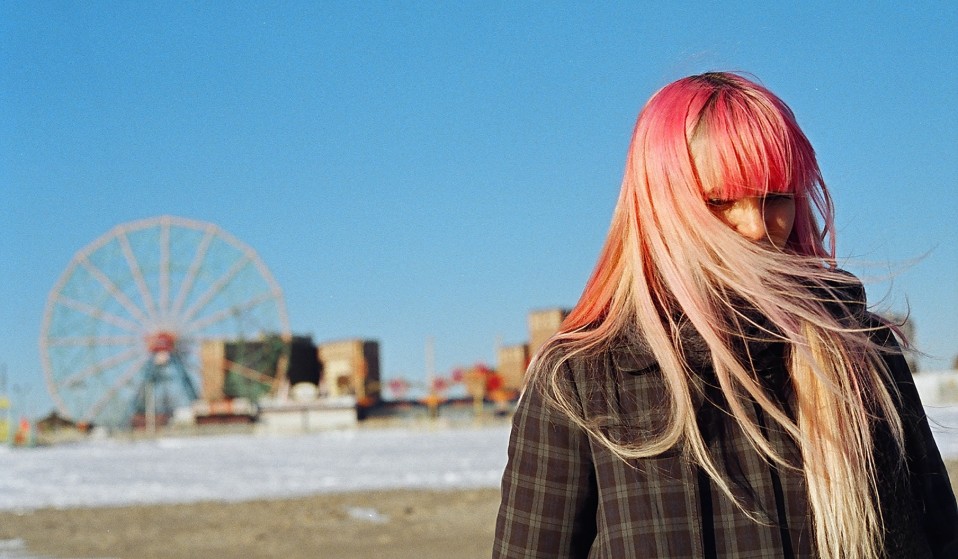 Filmmakers Jenny Gage and Tom Betterton spent three years documenting the lives of seven girls growing up in New York. What they captured is an exhilarating insight into an awkward transition.

Five years ago, photographer Jenny Gage started noticing a pair of sisters walking to school in Brooklyn’s Clinton Hill, where she lived.

They would have pink hair one day, green the next, and carried themselves with a slightly intimidating mystique.

Jenny grew fascinated, trying to imagine her young daughter’s eventual adolescence while struggling to recall her own.

She and her husband Tom Betterton, also a photographer, began filming their everyday interactions (with permission from their parents) before expanding the focus to the girls’ extended social group at the same high-school.

Over three and a half years, spanning over 130 hours of footage, All This Panic follows the seven teenagers – Lena, Olivia, Ginger, Ivy, Dusty, Sage and Delia — as they navigate school, family, sexuality and their own futures.

By documenting that phase in an unpatronising way, with in-your-face intimacy, the film captures what it means to grow up when it feels like nobody else wants you to. It is, as Jenny says, a film about teenage girls that teenage girls would also want to see.

What made you want to participate in this project?
Olivia: Initially it was because Jenny and Tom were adults who took an interest in my life and really listened. They heard me like I heard me – and when you’re 16, that’s very rare.

There’s a lot of change to be grappled with in a compact time. Did you look back at that process differently once you saw the film and got a sense of what everyone else was going through simultaneously?
Olivia: Oh, for sure. It gives you some perspective. The first time we all saw it, there was a bit of embarrassment at silly things teenagers go through.

But I remember Ginger saying, ‘I can’t be embarrassed because little Ginger was trying.’ We were all trying so hard! Looking back, there’s a tendency to invalidate our younger selves but we were doing our best and we still are. 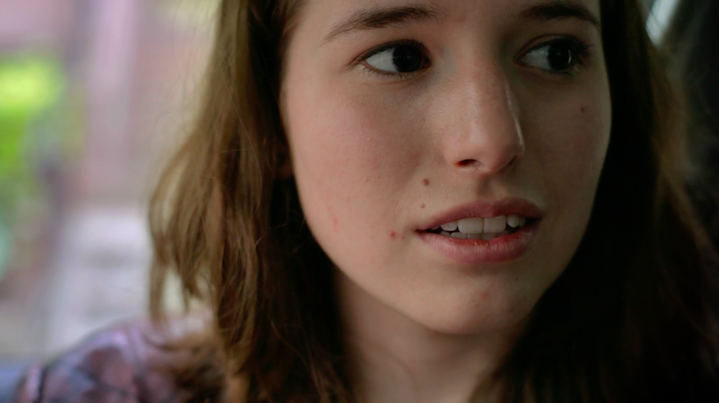 Do you think discussing all these such big subjects and working through issues on camera affected the girls’ growth and development?
Tom Betterton, cinematographer: The main thing about being a teenager is that you’re practising. You’re trying on your attitudes and emotions, what you’re going to be and how you’re going to project yourself. I think it was helpful for them to have a non-judgemental thing to put things up against and see how they work – to hear themselves saying it over and over.

Jenny Gage, director: That’s why I hope our kids have some way of talking about things that they don’t want to share with their parents or even their friends… though I doubt they have an aunt and uncle with a camera who want to film them. [laughs]

Olivia: It’s like artful therapy. Jenny and Tom were basically the first people I came out to. They’re people we trusted and still trust. They tried not to give us advice but they were always a sounding board on camera or off.

And they still play that mentor-like role. They made a movie but the relationships we formed our bigger than that. I think that’s why we could be so honest on film: because it was genuine.

Do you think the group of girls is representative of teens everywhere or is this a group of exceptional characters?
Jenny: I believe that they are absolutely exceptional teenagers but that they also represent teenagers.

When we started the project it felt like there were a lack of platforms for teenage girls. It’s like Sage says in the film, ‘They want to see us but they don’t want to hear what we have to say.’

Olivia: At Q&As, there’s inevitably a young woman in the crowd who says, ‘I never would have said that at your age.’

First of all, many of our less insightful moments were kindly edited out. Second of all, I’m sure you would have said or done that at our age!

Teenagers are such an underestimated group of people. We’ve all had struggles; all the girls are wonderful and doing amazing things – but we’re not unique. We’re not exceptional.

The only difference between this group of teenagers and another group somewhere else in the world is that someone listened to us. I wonder if anybody listens to the rest of the teenagers in the world.

The role that internet plays in our social lives doesn’t feature in the film. Was that to make it feel more timeless?
Tom: A little bit, yeah. Part of the title All This Panic comes from the sense that people are constantly in a panic about what teenagers are doing. Social media was there in their lives, 100 per cent.

It definitely turns up the volume on their whole experience and it’s different than any generation has had. But it felt like it would’ve been a construction, like we were judging social media. Most of what we wanted to focus on was their inner lives. 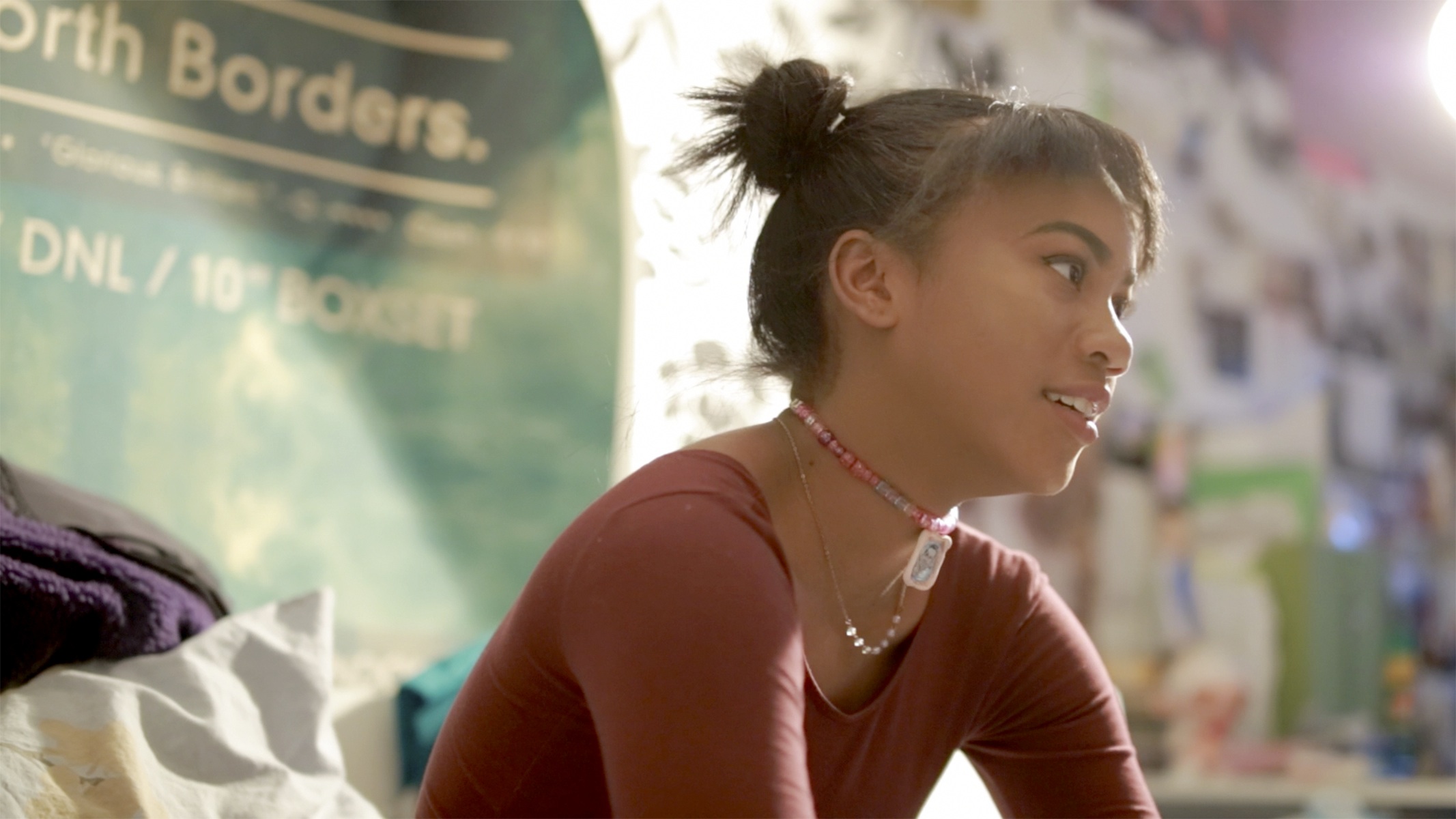 How did it feel to see the girls develop so quickly in front of you?
Jenny: You realise it’s hard for everyone, whether you’re a teenager or the parent of a teenager. For a lot of the parents, this was their oldest kid and they were going through all this for the first time. No one’s written the rulebook yet – or at least not one that anyone wants to follow.

What impact do you think it’s had on you personally?
Olivia: I like to think, and maybe I’m flattering myself, that I’ve become someone who reflects more on what I’m doing and is more empathetic towards others.

I feel like that’s a theme of the movie. It’s loose and gentle – there isn’t really a strong argument – but it felt like it could have followed anyone over a few years.

Everyone’s going through something all the time. Just because you’re not hearing it doesn’t mean it’s not happening. I try to remember that.

All This Panic is in UK cinemas and on demand 24 March.

Linkedin
RELATED ARTICLES
OTHER ARTICLES
The government’s brutal crackdown on NGOs has left victims of rape without anywhere to seek help. And now, as the country plays a key role is Russia’s war, things are only getting worse.
Photographer Bud Glick recounts documenting everyday life in the area, and what it taught him about the Chinese immigrant experience.
With the virus now a global health emergency, we must take steps to fight misinformation and demand a swift UK-wide vaccine roll out, writes Phil Samba.
With the Women’s Euros in full swing, last week saw glorious, sweaty celebrations take place in a dedicated, safe space for female and non-binary fans.
A new series of photos by Johny Pitts shines a light on communities and subcultures that have all too often been overlooked.
A series of photos by the late Jerry Dantzic taken in 1957 show a tender side to the iconic Jazz musician.