Art & Culture / Film / Love, lust and loneliness across a Europe in crisis 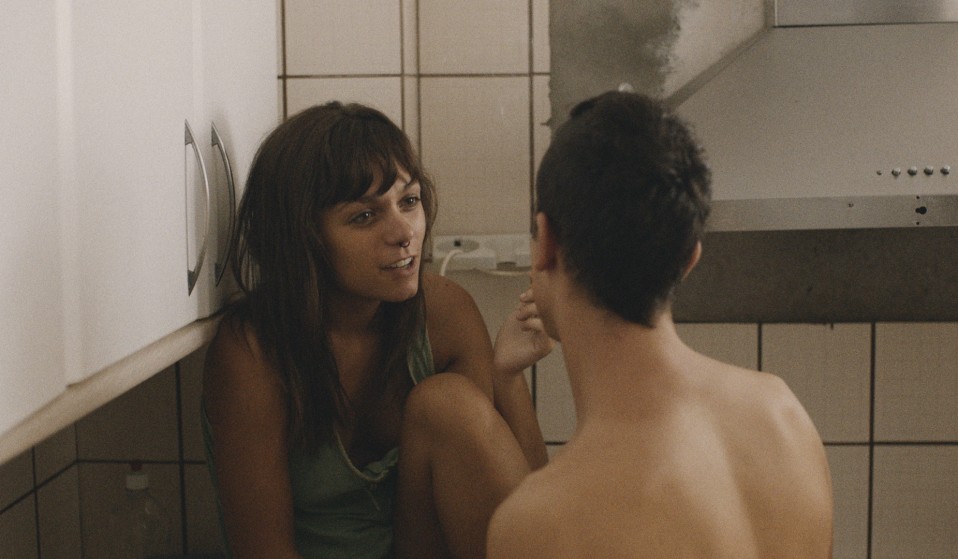 Europe might be in the midst of a crisis, but the lives of people across the continent continue. Swiss director Jan Gassmann’s new film, Europe, She Loves, explores the love lives of young Europeans as they navigate the most unforgiving frontiers in Europe.

With just days to go until the United Kingdom makes up its mind about its future in the European Union, The British-European identity is definitely in a state of flux.

As we prepare to potentially shed our European skin, director Jan Gassmann’s new film, Europe: She Loves, sets out to explore how the EU has moulded our identities, and brought people from all over the continent closer together. With a car and a camera, covering 25,000 km, Gassmann and his team journeyed through Europe to explore the lives of four European couples. From Tallinn to Dublin, Sevilla to Thessaloniki, Gassmann wants to uncover what connects us all, as young people, and as Europeans.

Catching their most intimate moments, from arguments to sex and everything in between, through the lives of these couples Gassmann explores a turbulent political landscape. In examining their love within the context of European-ness, he expresses what he called ‘the politics of the two.’ For Gassmann, these seemingly disparate parts of life are intricately intertwined: “In a relationship, you have to make so many decisions and compromises on issues like independence and space. You can see that in politics as well.”

Did you find any similarities between the couples even though they lived so far away?
Definitely, and that as one of the core questions. These are people who are formed by the same education, the same problems. They live through many things in the same style, so many of the ideas and beliefs are shared. 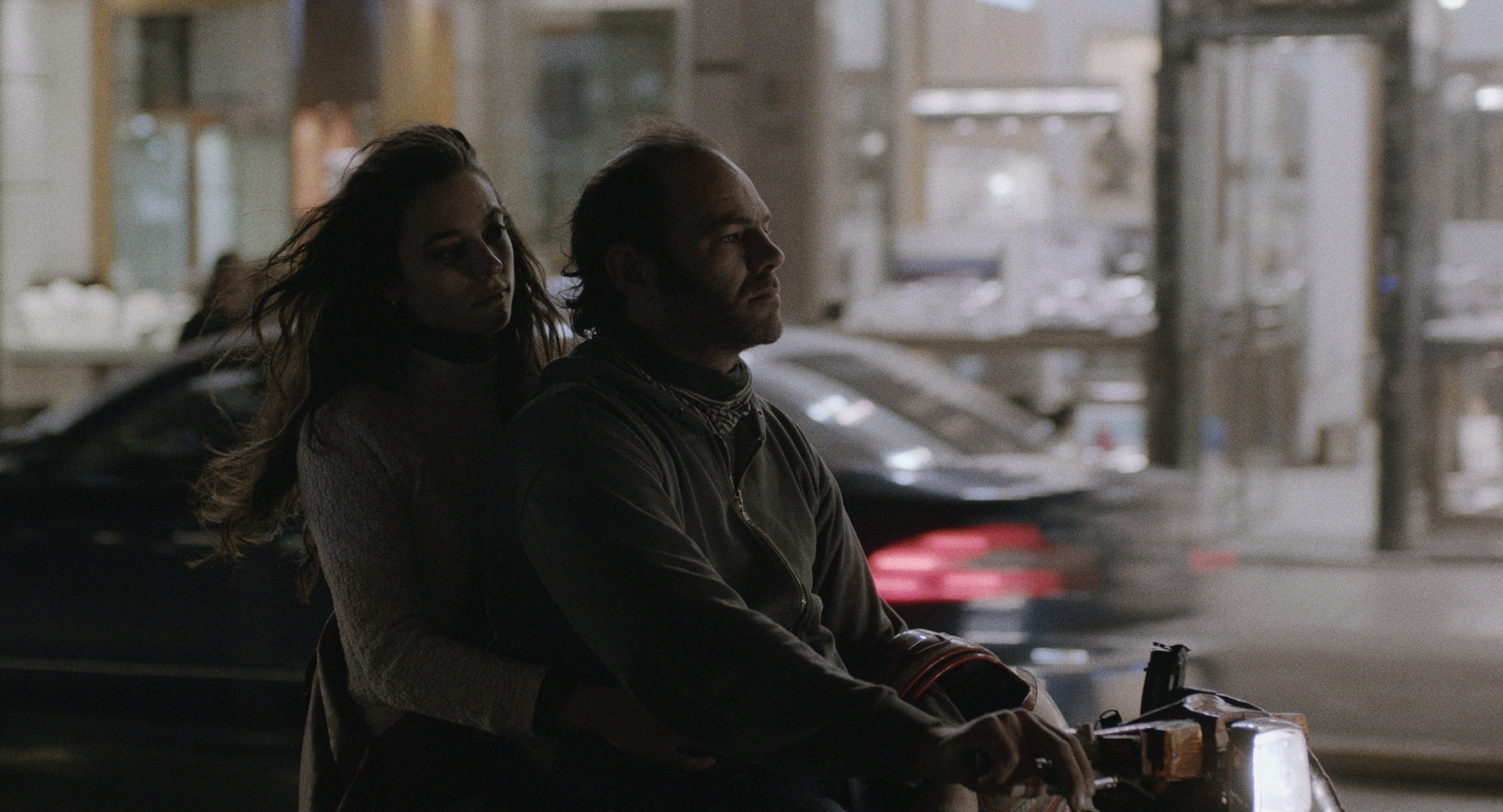 Would you feel as if the characters would have had less in common without the European Union?
That’s a tough question. I think I was able to get the contemporary moment, and I can’t imagine those countries without the European Union in that moment. And there were problems that were common in all of the couples – frustration about politics, the lack of being able to vote on things and change things, listening to the news, whether they were able to become an Erasmus student or not, getting help with professions… are all very much related to European Union.

What kinds of difficulties did you encounter during filming?
On a personal level, when a couple lets you in so intimately, it was something that we hoped for, and we talked a lot. But it was also possible that it wouldn’t work and they wouldn’t let me in. We are of the same generation, we could party, we could film, and we could be there, 16 hours a day. We could film them sleeping. There was so much trust, but the biggest challenge was the ethical side.

How do you think the film might have turned out differently had you chosen to film in cities such as Paris or London or Berlin?
Yes. I thought about it at the beginning – had I filmed in Paris, I would have repeated things, I would have shown things I already knew from films I love, and scenes in Barcelona, things like that. So we went to places I’d never been before, started casting, going somewhere where it makes no sense to go. Usually you go to the important places, but we decided to go to the borders of Europe. And of course, places like Tallinn and Thessaloniki have a history of international connection. We wanted to see what’s going on there, and all the articles I’d been reading about young people in Europe disappearing in a year. That was the idea. 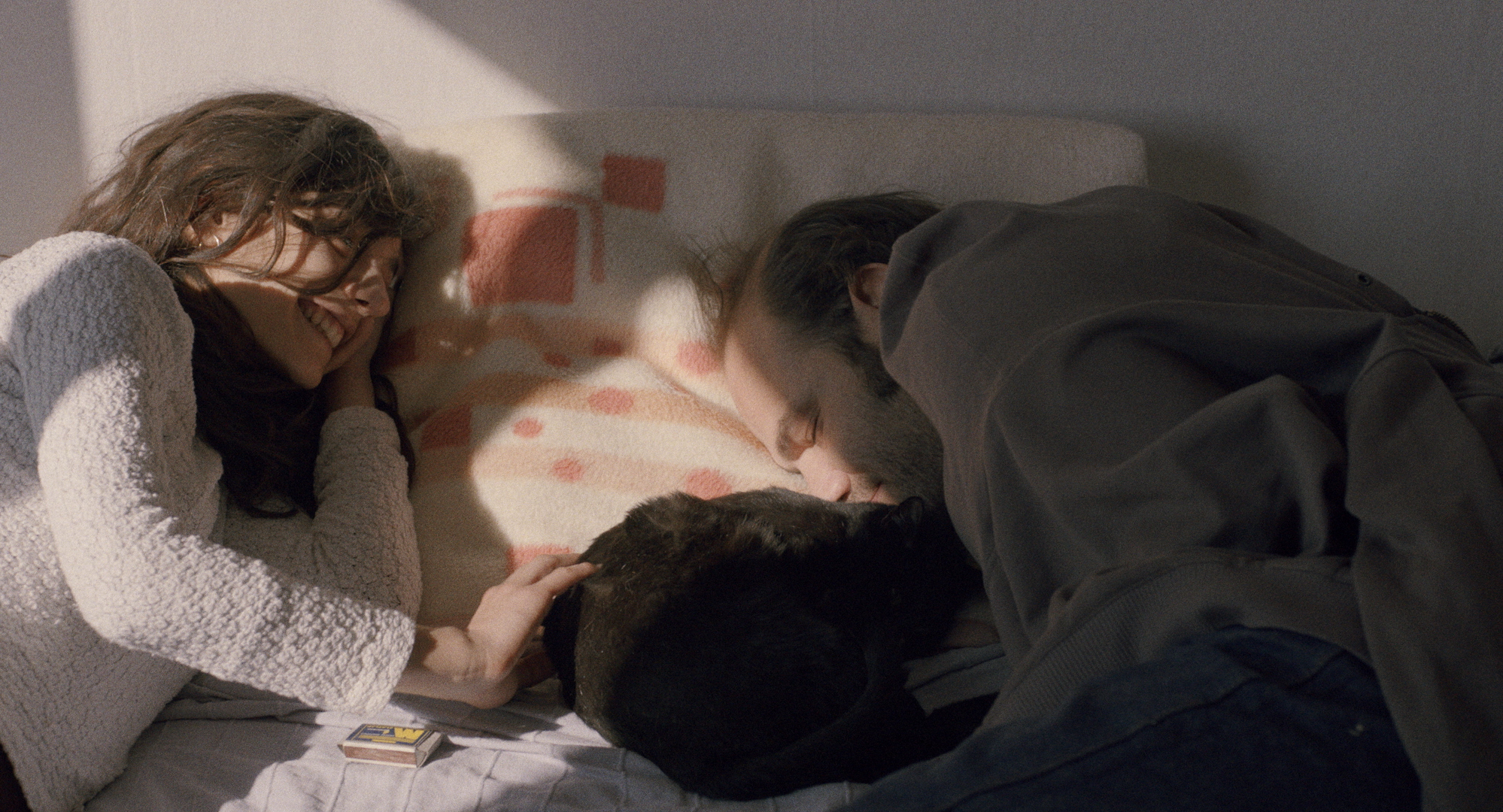 Sexuality is a big part of the film – why was it important to you to include explicit sex scenes, when this is often the one thing left private to the characters?
For me, to make a film about love, it would have been impossible not to include sexuality. Not pornography, not a moment where there are birds singing or other things that are not so important; but body movements, touching, that was very important. A conversation between bodies. Right at the beginning of the project. The body is something that you protect very strongly, and when you choose to show it and trust the camera, it opens up other things: the past, trust, confidence. All the things we are scared to talk about become much easier once you have shown your body in that way.

Did you intend your couples to represent anyone? Did you intend them to represent what life is like as a young person in Europe?
That’s too general. A film is a very subjective. The Spanish couple is not typical of a Spanish problem. It becomes too much of a stereotype, and that’s something we wanted to avoid. For me, if you do a film in such an intimate idea, then they become individuals. Apart from their language and the way they make talk with their hands, they could change places. I cast about 100 couples overall, and with some couples, I met the same couples in Dublin/Tallinn, the same type of couples. Let’s call them the human beings of Europe.

On 23 June, the UK will have a referendum which decides whether we should leave or remain in the EU, and recent polls suggest that the ‘Leave’ side is leading. What do you think about this?
I’ve been reading about it a lot. I’m surprised about the change in the polls, I’m quite shocked. Leaving would not really be a solution, as we’re still going to be neighbours. It’s the things we lose rather than gain. From a Swiss perspective, the things we get from the EU, we proceed in the same way even though we’re not part of the EU. What hurts me most is it becomes a vote against immigration and other countries, and a vote for nationalists.

Europe, She Loves is available to watch on MUBI now.

Linkedin
RELATED ARTICLES
OTHER ARTICLES
At his West Bank restaurant, Fadi Kattan established himself as the voice of modern Palestinian cuisine. Now, he’s bringing his innovative, bold flavours to the UK’s capital.
Theo McInnes’s photos of the annual event provide an intriguing snapshot of contemporary Britain.
Since 2007, Gideon Mendel has made 20 trips to document floods in 13 countries. The result is an alarming record of what has already been lost to the climate emergency.
The action took place in response to the 200 asylum-seeking children who were placed in hotels run by the Home Office who have gone missing.
Photographer Sean Maung reflects on documenting a small town in Pennsylvania afflicted by high levels of unemployment, poverty, violence, crime, and addiction.
A new film from Berghaus traces the story of Adam Raja, who left behind a turbulent upbringing to discover the healing power of climbing.