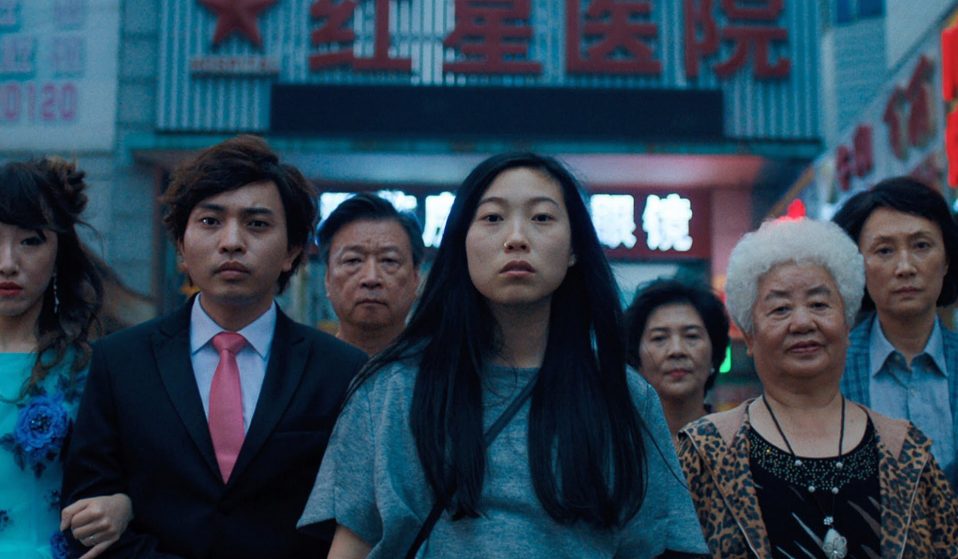 The writer-director’s tragicomic drama begins with words ‘Based on an actual lie’. Ahead of the film’s US release, she discusses adapting one real-life fib into one of 2019’s most buzzed-about films.

The writer-director’s tragicomic drama begins with words ‘Based on an actual lie’. Ahead of the film’s US release, she discusses adapting a real-life fib into one of 2019’s most buzzed-about films – one that finds laughter among the melancholy.

When Lulu Wang’s The Farewell premiered at this year’s Sundance Film Festival in January, the praise was near-unanimous. A tragicomic drama rooted in its writer-director’s own real-life experiences, it begins with the words: “Based on an actual lie.”

The film sees a young Chinese-American woman, Billi (Awkwafina), return to China when her beloved grandmother, Nai Nai (Shuzhen Zhao), is given a terminal diagnosis. There, she struggles with her family’s decision to keep Grandma in the dark about what’s happening, while they promptly schedule a wedding for Billi’s cousin – so that everyone can be together one final time before Nai Nai’s imminent deterioration.

While keeping loved ones unaware of their serious illnesses is apparently common practice in China, doing so presents difficulties for Billi when it comes to making sense of her grief. Although born in China she moved to the United States with her parents when she was still very young; with this ‘lie’, the cultural divide is laid bare.

At this year’s Sundance London offshoot in May, The Farewell won the audience favourite award, further building on the excitement surrounding the film. At the festival, and ahead of its US release, Huck spoke to Wang about issues of authenticity, her own relationship to China, and the difficulties in getting a mostly Chinese-language film about a Chinese-American funded by American backers.

You initially told this story on the radio show This American Life before adapting it into a screenplay. When did you realise it would work well on-screen?
As a filmmaker, I always wanted to make it as a film before I did This American Life. It was the fact that nobody wanted to make it at that point. But I knew it would be great for screen because there were all these moments of tension, but also of humour. And from moment to moment, I never really knew if I should be crying or laughing. So much of it is internal that I thought it would be just a great challenge to figure out how to bring the internal state of the main character in a visual way.

I thought it would be great to make a film where, in the same frame, you don’t know whether to laugh or cry. And it’s very much about perspective, depending on where you look, or whether you choose to look at the humour or choose to look at the pathos. Because that’s kind of how real life is.

I’ve read that a number of your cast didn’t necessarily realise the film has a comedic streak until they saw it.
With the actors, I never direct them towards comedy or drama. I direct them towards being really grounded in a scene, in a moment and in their feelings. And I don’t think that anyone in the movie itself is necessarily laughing in the comedic moments… they just don’t realise that they’re in a comedy.

How I see life is that, so often as humans, we don’t see ourselves in a comedy – especially in the most dramatic moments when there’s a lot of grief. But if we take a step back, the comedy is more in the juxtaposition of multiple things that are happening at once. And it’s the ridiculousness of a setup, of a situation, and it’s all about the context in which things are happening.

In the early stages of pitching the film, what sort of stumbling blocks were you facing from potential backers?
I think that people immediately saw the comedy aspect of it because it’s sort of a farcical setup – but people wanted to take the farce way too far. A lot of the responses were, “Love this idea, let’s make it broader. How do we make it broader? Can we make the main character the bride? If she herself was the bride, there’s more stakes because she’s the one getting married.”

They immediately wanted to have input on how we cast it and whether it could have less Chinese language, whether it could take place in the US. All of these ideas [would] change the authenticity of what I was presenting, and I felt like that version of the film would really lose the nuances that I was trying to capture. 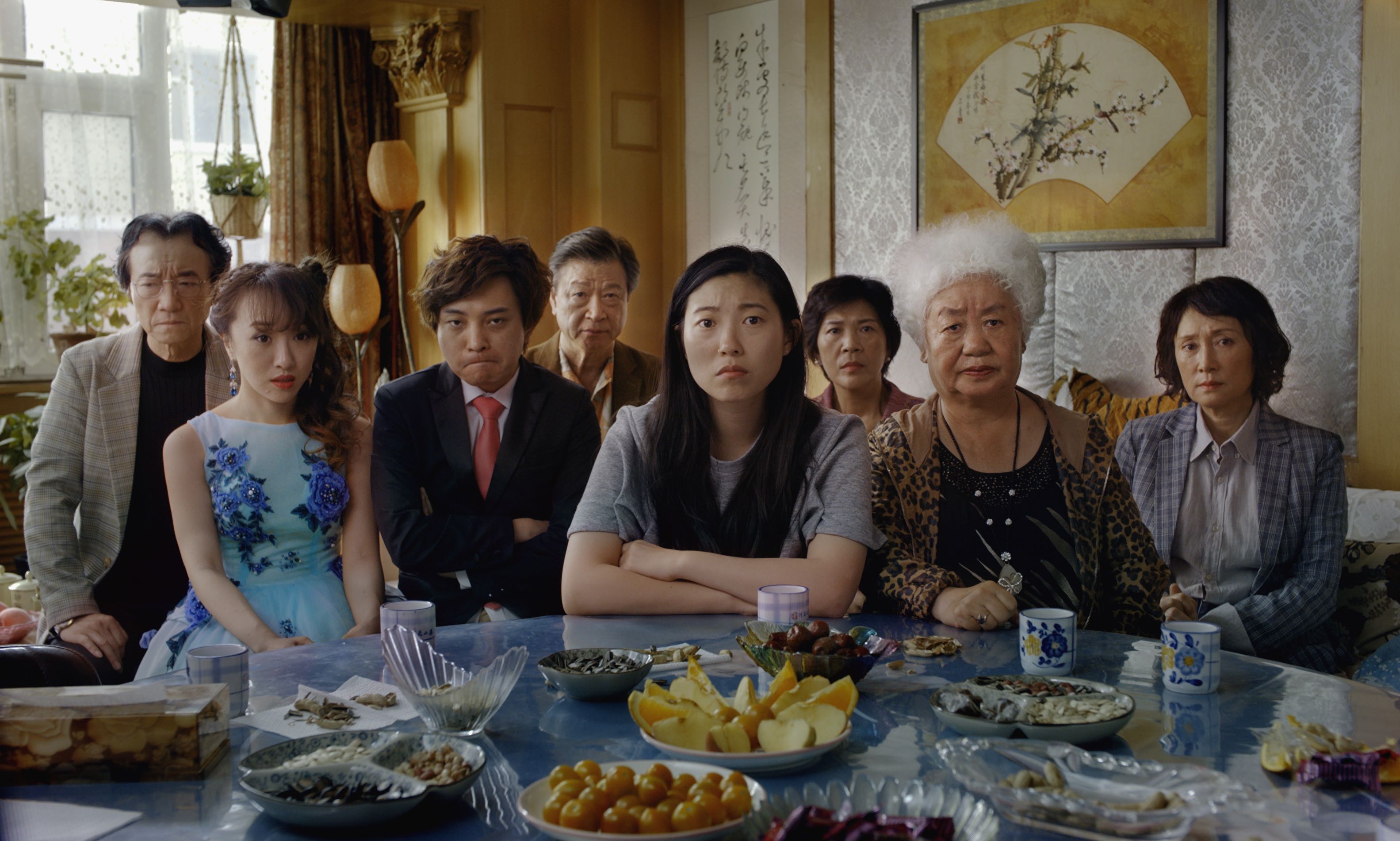 As part of the Chinese diaspora abroad, what is your relationship like with China, as opposed to living there?
My relationship is that I think I’m pretty much a foreigner there. I speak the language somewhat, in a very basic way. But in a really fundamental way I am a fish out of water there. I don’t know the culture. I don’t know the language well enough to talk about politics or economics. The value system that I have is very different and I think that what the movie tries to explore is that, sometimes even on the surface, if you look like you might fit in, there are some really fundamental differences in value systems that conflict and create tension.

One of the things that I found interesting about the film is how it explores the China-Japan relationship, which isn’t something I’ve really seen much in many contemporary films concerning either country. Why did it feel important to you?
There was definitely the idea brought up with previous producers, before I started with Chris Weitz and Big Beach, where people said, “Well, we could at least make the bride Caucasian, right? That would make sense, and it would make it more relatable to a western audience.”

I didn’t want to do that because I do think that, from a Western perspective, we make these assumptions: they’re Asian, so we lump people into a category. But there are so many different cultural conflicts because you’re different kinds of Asian. And there’s a lot of things that are not explicit in the film – like the relationship between China and Japan, the war. How does that affect older generations like my grandmother’s generation? How does that influence their biases?

What was it like trying to cast people that captured the essence of your family? I know your grandmother’s sister plays herself in the film.
It was very challenging. I had to figure out what I was looking for specifically, because you’re never going to get everything. So, for example, with my father, it’s the fact that he’s a diplomat and he’s charming and he’s funny and he’s very fluid in both cultures. He should feel very American, telling jokes in English and everything like that.

With the mother, it was about somebody who was just really witty and smart, because she’s so harsh in her comments that it was important that we knew that it was coming from a place of intelligence. And with Grandma, it was about just somebody who was warm and felt like everybody’s grandma. And because she’s so bossy, we needed to make sure that she was sweet enough to carry off the matriarchal bossiness.

The Farewell opens in US cinemas from 12th July and will be released in the UK later this year.

Linkedin
RELATED ARTICLES
OTHER ARTICLES
In the last of our dispatches from OFFF Barcelona, Rufus Deuchler and Vincent Gault discuss the future of creative process.
To mark the anniversary of the mass trespass of Kinder Scout, a group of hikers came together with the intent of creating a new, fully inclusive culture for rural spaces.
New legislation is set to make it more difficult to hold Israel accountable for its human rights abuses.
Over the weekend, London locals came together to resist a pre-planned police raid targeting delivery drivers.
Government plans to make it harder for people to go to university will only entrench inequality.
The failure to hold landlords to account is denying tenants their basic dignity, writes Bella Saltiel.