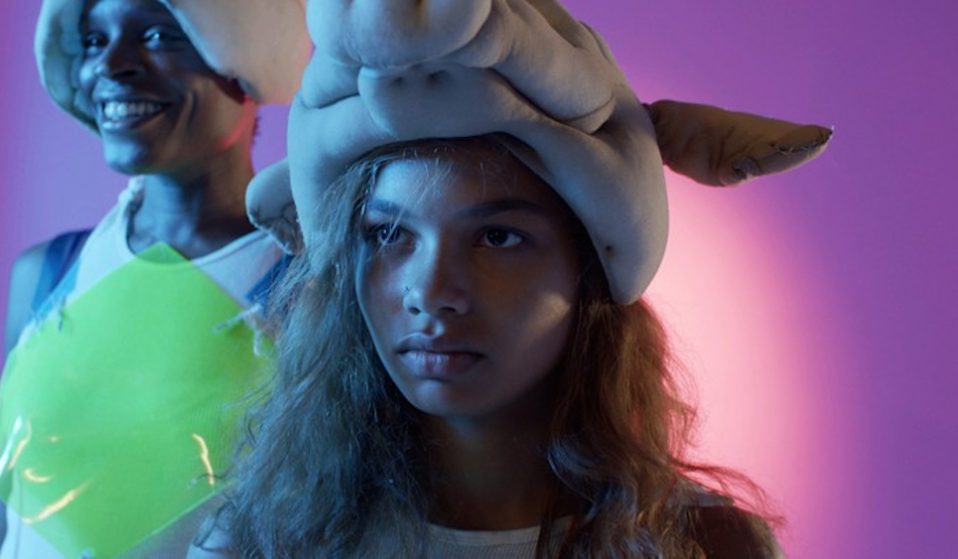 The filmmaker has built her career on a foundation of theatrical improvisation and collaboration. In her new film, Madeline’s Madeline, she lays bare her passion for performance.

The filmmaker has built her career on a foundation of theatrical improvisation and collaboration. In her new film, Madeline’s Madeline, she lays bare her passion for performance.

Josephine Decker is fast becoming the new mother of indie cinema. A multidisciplinary maestro with a contagiously friendly temperament, her new film Madeline’s Madeline is a nerve-shredding, sensory triumph that deftly blurs the boundaries between performance art and film.

Starring Miranda July, Molly Parker and Helena Howard in her astonishing big screen debut, the film follows Madeline’s fraught relationship with her mother as she battles through an unnamed mental condition, seeking solace in her improv troupe and its matriarchal leader.

This is the third film from Decker, whose debut Butter On The Latch and tumultuous psychodrama Thou Wast Mild And Lovely made waves in the US thanks to the director’s untethered approach to filmmaking. Her fourth feature is already fast approaching release in the states: a biopic of The Haunting of Hill House author Shirley Jackson starring Elisabeth Moss and Call Me By Your Name’s Michael Stuhlbarg.

Decker recognises herself as an artist above all other titles – which to date include writer, director, actress, editor and cinematographer – and has built her career on a foundation of theatrical improvisation and collaboration. In Madeline’s Madeline, she lays bare her passion for performance and its ability to let “the bullshit fall away.”

I imagine that the rehearsals for the film were quite vigorous. How did you begin the process?
We started rehearsing for the film in 2014. I’d met Helena about six months before rehearsals began, and I knew that she was going to be a big part of this movie, even if I didn’t know what the movie was going to be yet. For Madeline’s Madeline, I wanted a collaborative process where the actors are devising and creating, which was something that I’d never done before. There were 10 actors – which it turns out is a lot – but they came up with such incredible characters and moments. So much of that work was the foundation that the film stood on.

It was a blast, but it was also all over the place. After the first three rehearsals, I panicked because I didn’t know what I was making anymore. That’s when I decided to go away and write and figure out what I was actually doing.

There’s a real sense of oppression that emanates from Madeline. This was a very personal piece for you – what did you tap into that translated into what we saw in this character?
It all came down to the world that I built around Madeline. I wanted it to feel like there was no safe place for her outside of that rehearsal space. So her home wasn’t a safe space, her mom was projecting onto her, everything was pushing down on her and in a way pushing her away from herself. It was as if she was erasing herself as a real person. In a weird way in these acting rehearsals – where Madeline’s playing all these characters and improvising –  she’s able to be herself.

I’ve found that my attitudes towards the three central characters change a lot. Does that happen with you?
Definitely. I thought the mom in the film was going to be the villain, like the worst part of the movie. Then Miranda July played her with such love, and she’s such an effervescent human being that it wasn’t the case at all. Halfway through the shoot, I thought: ‘Oh my god. Being a mom is so hard! Being a mom to a teenager is so hard, and  being a mom to a teenager who is mentally unstable is really, really hard.’

I just felt so much for that character. It speaks a lot to Miranda that she was able to bring the forcefulness and the shittiness to who the mom was, but also this real loving oblivion. That was one of the biggest surprises for me with this film. And then I think that Madeline’s character was really complex and rich on the page, but Helena is such a beast, such a force of nature. She brought out a depth of feeling that is pretty incredible for a teenager.

There’s a scene in the film that captures the moment when an actor dissolves into their character. As an actor, what does this scene mean to you?
I think that you perform all the time in your regular life; like I perform that I’m a really nice person, when most of the time I’m just tired and angry at myself. It can be exhausting.

I went to a summer camp once that taught something called “neutral mask”.  Through this, I found that this everyday performance of yourself is forced to fall away. The bullshit just falls away, and you’re able to be more honest and authentic. That was a big part of what I wanted to explore in this movie; you get to be really, really real. I met Helena in that moment, at this teen arts competition in New Jersey. She did a monologue from the play Blackbird, and it was like the room fell away. She was so present, and so real with that character. It was spiritual; she was transcending herself.

There are some amazing pig masks that play a big part in the film, why did you choose to include them?
My friend is a puppeteer and she’d made these pig masks that I’d been dying to use for years. An original concept for Madeline’s Madeline was about these street artists that really think that they’re going to pare down on capitalism and solve all of the problems with immigration with this weird performance piece done in pig masks.

When you’re training as an actor, wearing a mask is an amazing tool to help you fall away and find a presence that is beyond human. It’s a great metaphor if you think about it – I hadn’t actually thought about this before – for who was wearing a mask in the movie even when there were no masks to be worn.

Madeline’s Madeline is in UK cinemas, and streaming on MUBI, now.

Linkedin
RELATED ARTICLES
OTHER ARTICLES
Last week, Tower Hamlets council removed its nudity-restricting licensing conditions in a huge win for London’s kink community.
Photographer Bud Glick recounts documenting everyday life in the area, and what it taught him about the Chinese immigrant experience.
A sharp increase in officers armed with the electrical weapon is resulting in serious injuries and deaths.
Photographer Anne-Marie Michel captures the women who through determination and strength are forging their own way in a male-dominated industry.
To mark the premiere of his new documentary on surfing giant Gerry Lopez, the filmmaker and former pro skateboarder sits down to share his unique brand of wisdom.
With the virus now a global health emergency, we must take steps to fight misinformation and demand a swift UK-wide vaccine roll out, writes Phil Samba.