Art & Culture / Film / ‘Most worshipped filmmakers are men – this is blinkered’ 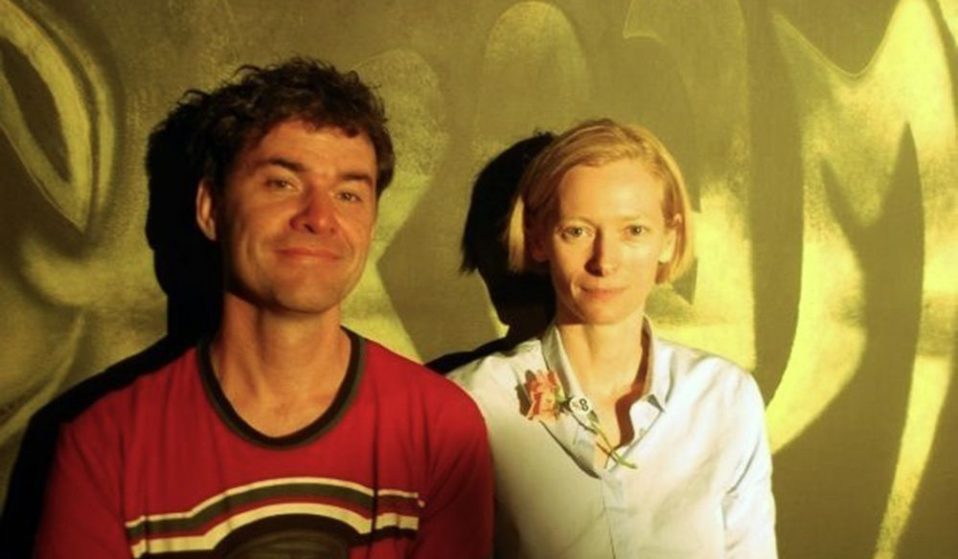 The director and critic has crafted an epic, 14-hour documentary, shining a light on cinema’s forgotten women. Here, he tells us why.

The director and critic has spent five years crafting an epic, 14-hour documentary, shining a light on cinema’s forgotten women from across the world. Here, he tells us why.

Scan your eyes down any generic ‘greatest filmmakers of all time’ list, and you’ll likely be hard-pressed to find a woman’s name. The cinematic canon has been made and moulded by men, and it seems like only recently women have had the opportunity to tell their stories.

But this is only one version of history. Look beyond that canon and you’ll see that women have been making films since the dawn of cinema – most of us just haven’t heard about them.

Women Make Film is here to correct that. Over 14 hours long and broken up into 40 themed chapters that cover everything from editing and framing to sci-fi movies and meet cutes, Mark Cousins’ epic documentary is a film school from some of the best filmmakers you’ve never heard of. The film features work from over a hundred directors – all women – from across both history and the world. It’s narrated by some familiar voices too, such as Tilda Swinton and Jane Fonda.

Instead of focusing on the challenges these filmmakers faced, Cousins has chosen to tell their stories through their work and craft, and Women Make Film is undoubtedly a celebration of women in cinema.

At this moment in time, Cousins is currently on lockdown at his home in Edinburgh, working, “enjoying the thinking time” and, most importantly, making dinner for his partner, who works in the NHS. Before he begins on tonight’s meal – fish with olives and roast carrots – he tells us how, and why, he made Women Make Film.

“There was no particular starting point for Women Make Film. Just a growing awareness, many years ago, that most of the movie gods, the people the fans worshipped, were men. This is obviously blinkered. Once I started trying to inform myself about the great women filmmakers, I realised how many there are. I knew I was a feminist, and was influenced by activists and thinkers in everyday life, in literature and in the arts – Simone De Beauvoir, Hélène Cixous. But the more I saw, the more humbled I became about the achievements of the great female filmmakers.

I was in the kitchen of my Swedish friend, Anita Oxburgh, a great producer. We were drinking wine and talking about movie history. She has inspired me for many years. I described some of the extraordinary films I’d been watching, for many years, and we thought that we’d love to make a film about that. We tried to raise the financing in Sweden, but it wasn’t forthcoming, so I went to my producing friends Hopscotch Films, here in Scotland. We devised the film, and went on from there.

To be honest, ‘research’ makes it sound more brainy or systematic than it was. It was just a labour of love. I stumbled around the internet for a long time, gleaning what I could. Then I made a list, a map, and tried to work out the countries whose filmmakers I didn’t know. That’s my favourite bit: shining a torch. Then, more practically, I had meetings with my editor, Timo Langer, and Sonali Battacharya, and we agreed what films they’d watch and what themes they’d be looking for.

I had a list [of filmmakers], but knew that it needed to be extended, like a house is extended. When we ask a question about culture or people, or creativity, the best answer is often a global answer. When I want to know who did great tracking shots, I’ll answer it by looking at films from India, Japan, Senegal or Iran as well as Europe or America. It seems obvious, and I’m regularly angered when people make an ‘all-time great’ list, for example, and the ‘all-time greats’ are only from the Anglo or the Atlantic world.

Editing was tiring. I use bits of paper to structure a sequence, then type them up, then send them to the editor, Timo. We changed the structure a bit – we moved the Song and Dance chapter to the end, because it’s always good to end on a song! The danger was in making something too dense, too intense, too overwhelming. We had to space it out a bit. It could have been longer, and was at one point, but we wanted it sort of to be watchable in a long weekend.  We had to contain it. The subject is vast.

Sometimes I narrate my films, sometimes I don’t. In some of my best work, a female narrator becomes a male narrator, or vice versa, which I like. In this case, I felt that we needed many voices, not one, and from many parts of the world. It would have been jarring to listen to a man for 14 hours talking about female directors.

The primary thing is the work. I am lucky to know quite a few female directors, and most of them want to be asked about and valued for their work, their visual ideas. Yes, of course, throughout film history, sexism has been a repellent force, it has cast a light on so much. But it’s liberating to refuse that light, that cast. It’s great to explore what filmmakers actually achieved.

Feminists have argued for changes in the film industry for many decades. We stand on their shoulders. They asked for equal access to the means of production, and that equal numbers of men and women would control content. Their pioneering demands remain. Why are things moving a bit, now? Because the equality argument is slowly working its way through, changing mentalities. It was right from the start, but the film world is reluctant to change. Occasionally it gets shocks to the system; the Weinstein revelations were just the latest. It’s too late for the thousands of talented women who have been sidelined. But better late than never.”

(As told to Katie Goh) 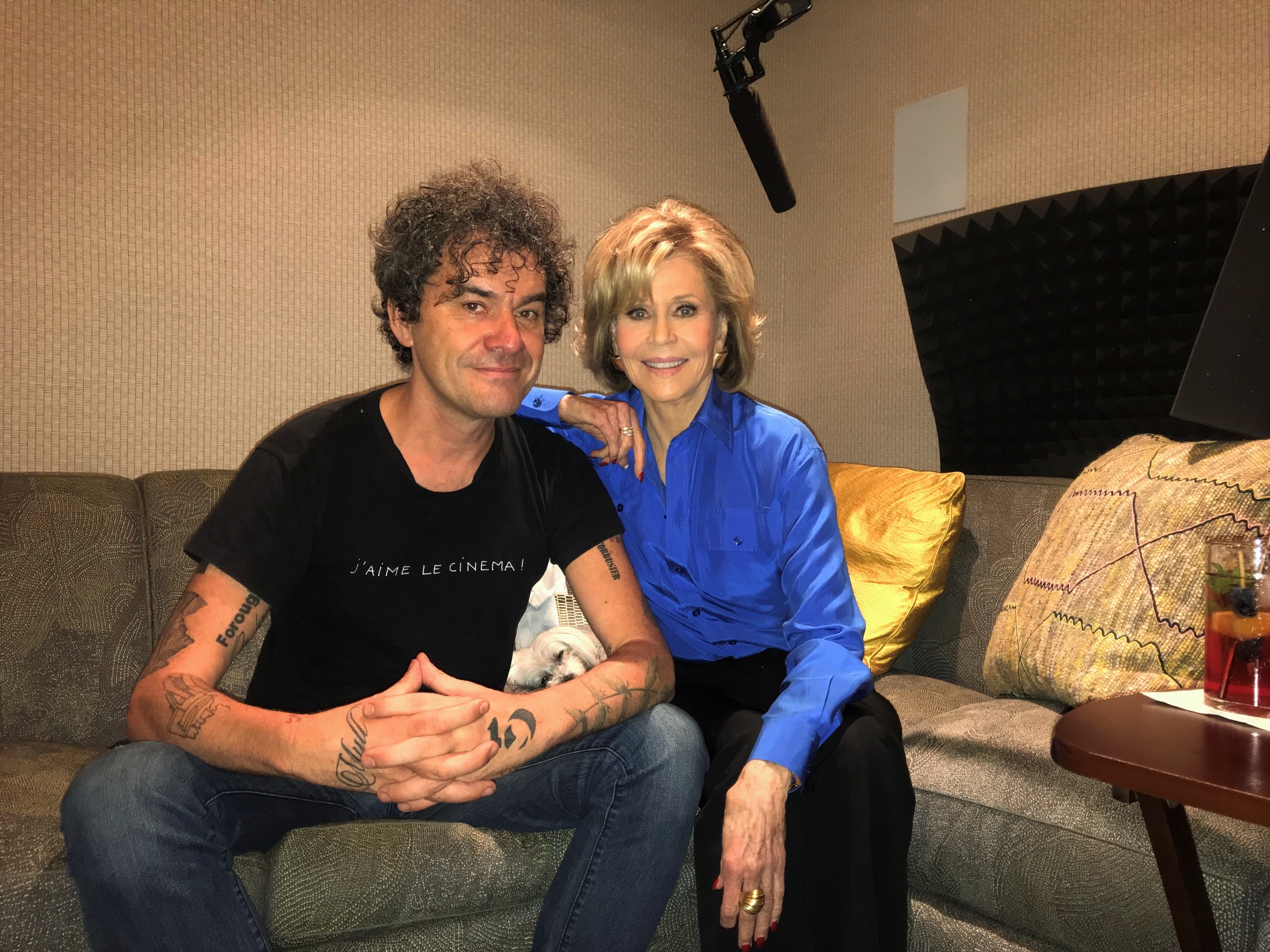 Women Make Film: A New Road Movie Through Cinema is out on Blu-ray by the BFI and streaming on BFI Player and Curzon Home Cinema now.

Linkedin
RELATED ARTICLES
OTHER ARTICLES
With inflation now at a 40-year-high of 9 per cent, demonstrations organised by TUC took place to demand action from the government.
Curator Antoine de Beaupré discusses his immense record collection and what it tells us about the intersection of music, photography, art, and commerce.
Photographer Matthew Brookes recalls following a group of young people in Venice Beach living in search of the perfect wave.
The author discusses the all-consuming nature of heartbreak, and turning the experience into an incisive exploration of love and loss.
Whether it's partygate, the climate crisis or the spiralling cost of living, the fightback begins on the picket lines writes Tommy Vickerstaff
Wealth inequality and the rising cost of socialising is placing a strain on people’s relationships, reports Eve Upton-Clark.