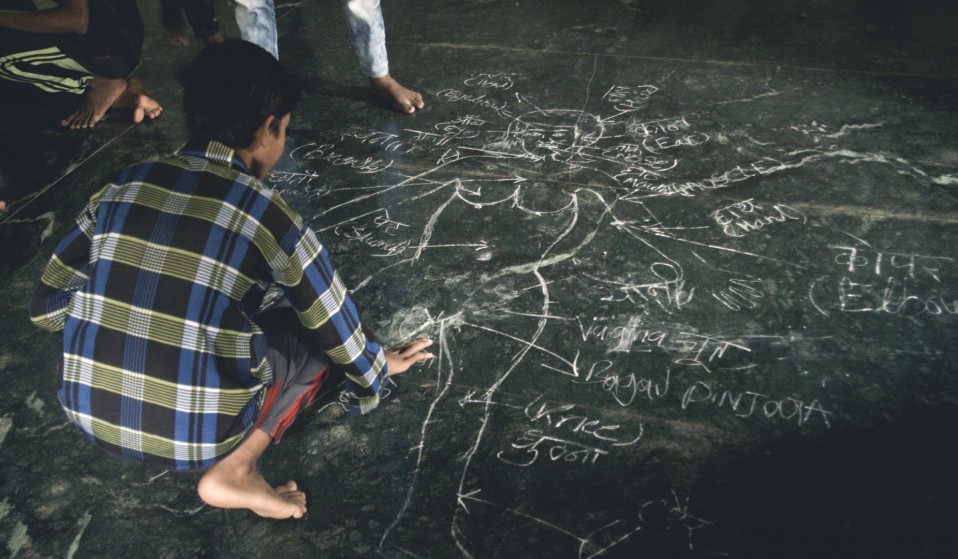 For 25 years, MAVA – a non-profit organisation – has been working with men in India to challenge cultural assumptions about gender, and encourage them to stand up for women. Now, a new documentary is sharing a light on their story.

For 25 years, MAVA – a non-profit organisation – has been working with men in India to challenge cultural assumptions about gender, and encourage them to stand up for women. Now, a new documentary is sharing a light on their story.

In a post-Weinstein world, where the #MeToo campaign has mobilised women worldwide to stand up to their abusers, it feels that progress might finally be on the horizon. However, 25 years ago – decades before the phrase “me too” became a hashtag – an organisation in India began to educate young men in order to prevent abuse in the first place. MAVA, or Men Against Violence and Abuse, has worked with 600 men to challenge cultural assumptions about gender and to encourage them to stand up for women’s human rights.

Based in Mumbai, MAVA first came to filmmaker Inka Achte’s attention when she was following the coverage of the brutal gang rape in New Delhi in 2012. Members of MAVA took to the streets wearing skirts to show solidarity with the rape victim, and to question the widely held belief that if a victim is wearing a skirt she should take the blame.

Peaking Achte’s interest, she travelled to India where she met a group of young boys in MAVA’s educational programme, including Ved, a teenage boy who had suffered violence at the hands of his own father.

In her new film, Boys Who Like Girls, Achte follows Ved as he comes to understand the impact toxic masculinity has had on his life. He gains new role models in the MAVA staff and starts to see opportunity in his own future opening up. Ahead of the world premiere of the film at Sheffield Doc/Fest, Achte picks up the phone to speak to Huck about uncovering Ved’s story, and the hope MAVA has given her in seeing equality, not just in India, but across the globe.

You found MAVA through researching the New Delhi gang-rape case. What drew you to this story about men wearing skirts to protest?
I just thought that the act was quite powerful. In most parts of the world, it’s considered ridiculous for men to dress in skirts and I thought they put themselves out there. I started researching it, and it was the first time I had ever seen men taking a stand for women’s human rights. I’ve attended a lot of feminist discussions and film screenings about women’s rights and it always felt like it was women discussing it, and I have found that quite disheartening at times. Seeing men that cared was really healing for me somehow. And then I thought, I really want to investigate further whether there are more of these kinds of men. I did some research and found Harish who runs MAVA and we took it from there really.

Harish Sadani, MAVA’s founder, has been running his organisation for 25 years. Has he seen much progress?
Yes, I think so. Obviously, some of the boys he has worked with just drift away, but during my research trip I met men Harish had trained that have started their own NGOs and do similar workshops in more rural areas. Some of them educate women on menstruation, which is a huge taboo in India, especially in rural places. It is a grassroots organisation and small scale but there are changes in the long term.

What was it about Ved’s story that made you want to focus on him?
Harish introduced me to all his different projects and we decided to follow one of these in the documentary. I was immediately interested in the adolescent boys because I thought this is where we can potentially see some kind of change. Ved stood out because he seemed so troubled and conflicted. 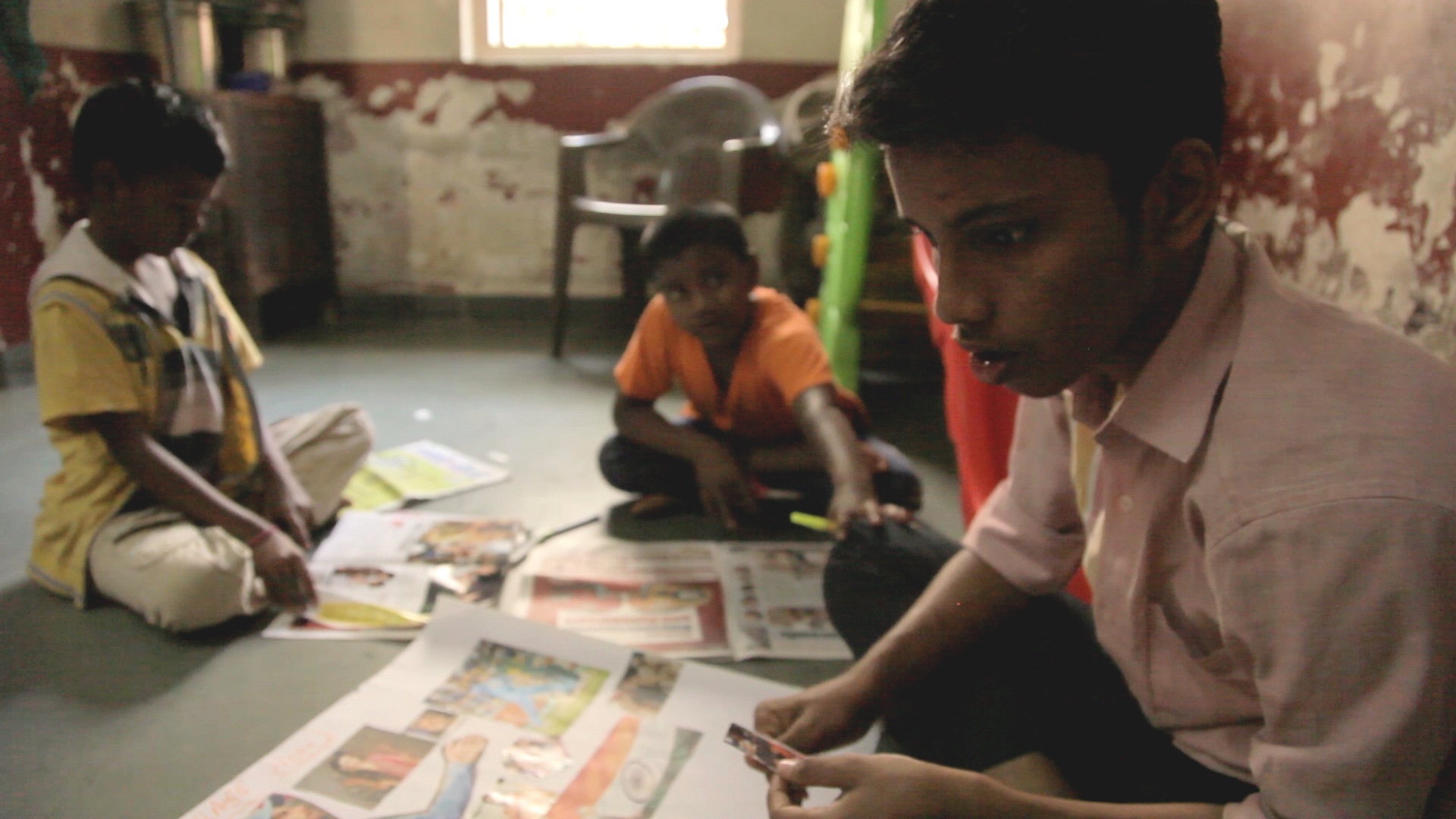 As Ved learns to respect women he almost seems to learn to respect himself, do you think there is a correlation between the two?
I definitely think so. I mean, if you think about the kind of masculinity that is centred around aggression and being someone everyone is afraid of, that can’t be a very positive place. But, for Ved it was really helpful to have different kinds of male role models around him. I think that took him out of his shell in a lot of ways and increased his confidence. He was really lacking in confidence because he is also a victim of violence. I think you can say he started to learn to respect himself because he clearly began to care about his life and finishing school. Now, he can aim higher – and not just in terms of education – but also morally and ethically as an individual.

There is a great scene on the beach where the boys meet two girls of their own age – did that happen naturally?
Yes. Honestly, the girls were probably curious about the filming and why the boys were on camera. So, they did approach asking why we were filming, but then they did start to talk naturally. In the rough cut stage of the film there had been some questions about why we never see them interacting with girls, but that’s because – until maybe college – they don’t really interact. For example, in the workshops where they are discussing sex, you could never invite girls into that conversation – parents wouldn’t allow it. So, boys and girls are quite segregated.

I thought the approach of MAVA was unique, do they have any influence outside of India?
I don’t know anything about running an NGO, but I did feel that Harish is kind of stuck in that Mumbai context. My hope is that the film will raise awareness of his work globally and help him expand it further. I think he just lacks the tools and the financial means to expand it further. As far as I know, he is just in Mumbai and he is basically on his own and that’s all he can manage. And there’s no public funding and that’s a big disadvantage. 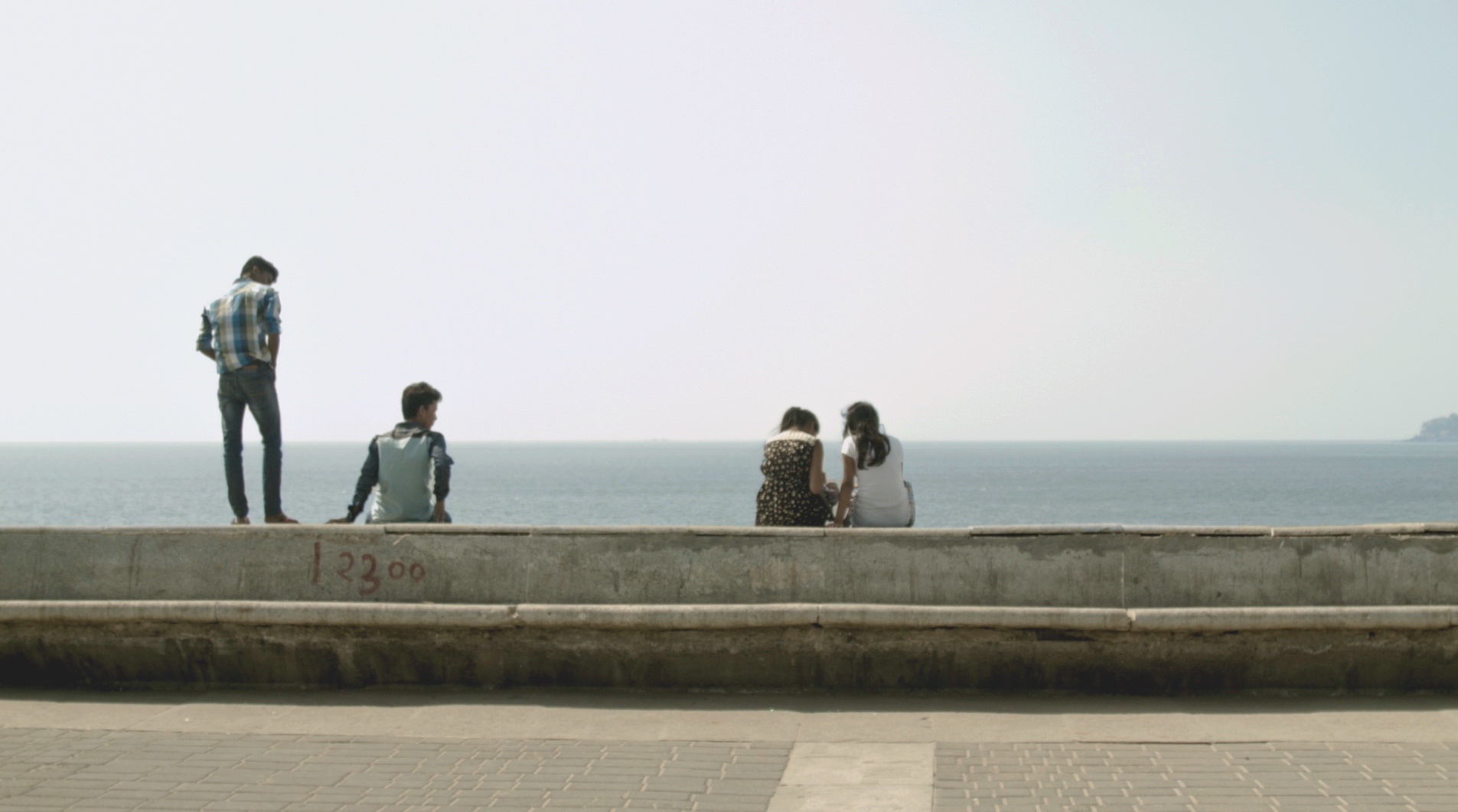 Do you hope the film will raise funds?
That’s one of my hopes. He gets like a one-off award or donation but that doesn’t really help the organisation grow in the long-term. We currently have a very small amount of money dedicated to launch a campaign in India, but I am really hoping that similar NGOs will somehow find a way to team up.

Is MAVA received well in India?
No. First of all, there is no sex education in schools, and things like sexuality and menstruation are huge taboos. I also realised – over the course of making the film – even if there are individuals who have this desire to change things they are working against thousands of years of tradition, religion, history and ways of doing things. I think change is inevitable, but it’s a very slow process because of the weight of tradition. For example, many men think women should not be let out after 7 pm because it would be dark and unsafe. However, they don’t necessarily see that as a misogynistic thing, but that they are protecting women.

Did making the film help you to feel hopeful that change is possible?
It made me extremely hopeful – it is great to know there are these kinds of men out there. And obviously since I started making the film, there has been the whole #metoo campaign and a discussion around toxic masculinity has emerged. Now, there are a lot of mean saying: ‘This is not cool. I am not that kind of man and I don’t want to be that kind of man.’ It does feel like something is shifting and I am so happy to be witnessing it. When I was in my late teens, early 20s, if you tried to talk about ‘toxic masculinity’ with guys, you wouldn’t get taken seriously. You’d be told ‘you’re lacking a sense of humour’, ‘you’re uptight’ or loosenn up.’ Now we can say these things, which I think is a huge thing.

Boys Who Like Girls will have its world premiere at Sheffield Doc/Fest on Saturday June 9, Showroom Cinema. The film will screen again at the festival on Tuesday June 12. Further details on the official website.

More information on MAVA can be found on the organisation’s official website.

Linkedin
RELATED ARTICLES
OTHER ARTICLES
Theo McInnes’s photos of the annual event provide an intriguing snapshot of contemporary Britain.
Photographer Sean Maung reflects on documenting a small town in Pennsylvania afflicted by high levels of unemployment, poverty, violence, crime, and addiction.
A new film from Berghaus traces the story of Adam Raja, who left behind a turbulent upbringing to discover the healing power of climbing.
A new podcast is opening up the conversation between trans women and trans amorous men in the hope of building coalitions.
A recent High Court ruling against the right to wild camp in Dartmoor National Park sparked the largest land protest in history – and campaigners say their fight is not over yet.
Filmmaker Laura Poitras discusses her new documentary which traces the remarkable life of the artist-activist and the impact of her battle against the US opioid crisis.