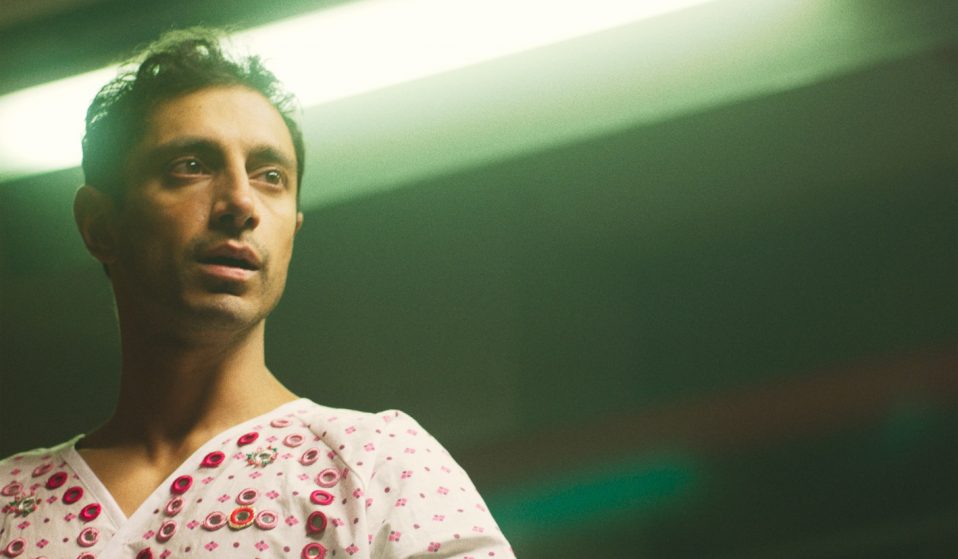 “We were literally building the film up to a shit scene,” says Mogul Mowgli filmmaker Bassam Tariq, describing the emotional core of his fictional debut. The film, which is co-written by and stars British-Pakistani performer Riz Ahmed, follows the tumultuous connection between London-born MC Zed and his father, while Zed battles a ruinous autoimmune disease.

The scene Tariq is referencing is a tender moment between Zed and his well-meaning father Bashir Alyy Khan, which happens to take place while Zed is on the toilet. Beyond this, Mogul Mowgli is an exploration of bloodlines and a surreal, visually astute externalisation of Zed’s inner diaspora.

With a non-fiction filmmaking background – including recent Sundance-winning short Ghosts of Sugar Land – Karachi-born Tariq has built a career on artfully documenting the lives of Muslim communities across different continents. Speaking with Huck, he describes his approach to storytelling, his sense of duty to his ancestors, and how Ahmed made him tear everything down and start from the ground up.

You shot the film chronologically, starting with this electric MC performance from Riz Ahmed. Why did you decide to begin the film this way?

We shot chronologically because Riz’s character Zed needed to go on this trajectory, and he also needed to lose weight for the role. So at the beginning, we needed him to have this agility, and by the end we needed him to be a bit broken.

So we filmed the concert early to get our wheels greased and to really understand what we were doing. Riz and I have been working and talking and sending WhatsApp voice notes to each other for years, and I’ve filmed him so many times before – stuff stored on my hard drive that no one will ever see – so in a way, that was preparation for the film.

And then I saw how electric he was right at the start of filming and how exciting and unexpected that was, so I was like, “Let’s keep pushing this.” When Riz performs in concerts in real-life I don’t think that his performances are that heightened. With Zed, we wanted to take it a little bit further.

How do you want people who are unfamiliar with Zed’s London to see the city?

I have very low expectations to be honest; I’m OK if they don’t get it. I’m more concerned about what people in the UK find in the film.

I do believe that the power of cinema is accessibility; I think that especially when it comes to people of colour, and people from the South Asian community, there’s a general idea about us doing social realism or slapstick comedy, whereas I wanted to start moulding genres and referencing our own cultural stuff. 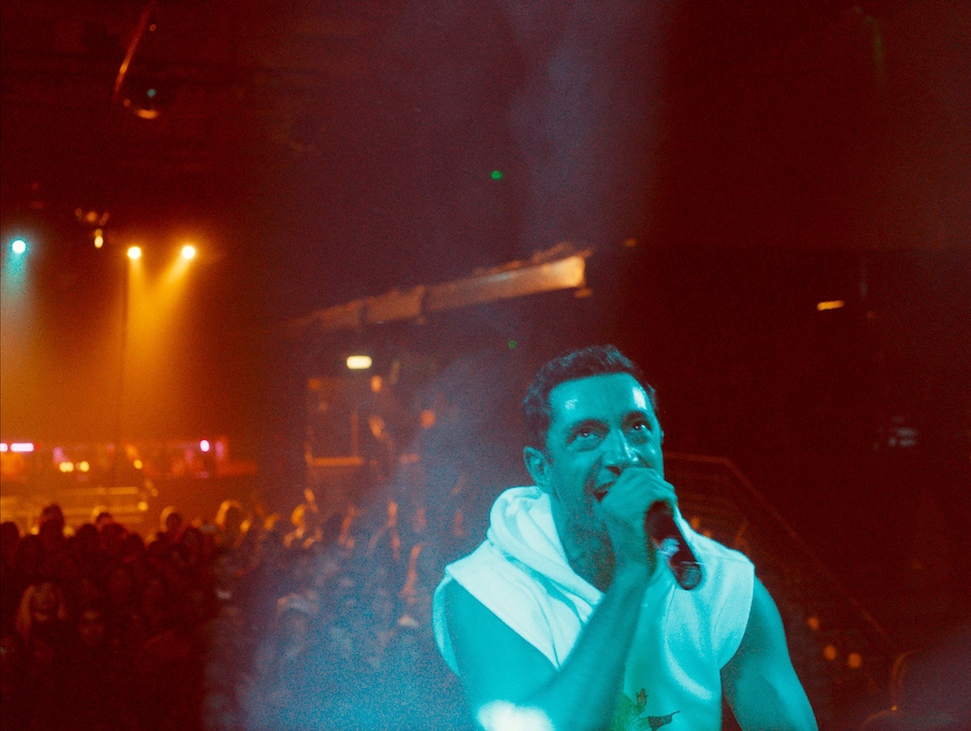 Ally Khan plays Zed’s father Bashir in the film. Why was it important to include this intergenerational narrative?

We always knew that this was going to be a father and son story. That was the emotional core of the film; Zed allowing his father in.

My own father-in-law came to Pakistan in a similar way to Bashir, in that he hid under military tanks and trucks that were being transported into this new country that was created out of just an idea.

The stories of the Partition are so divisive and traumatic, and there’s no real heritage of it. It had some of the largest casualties caused by an event that wasn’t a war. More than a million people were killed. So a massive amount of research was done with Bashir.

How would you describe the film’s relationship with trauma?

It’s funny, Riz and I were saying that this is basically really expensive therapy for us. I think we do this work to exercise our own demons. What I’m learning in this process is that I don’t know how people are going to react to my work, right? But what I can do is just make sure the process of how I do the work is in itself revealing to me. 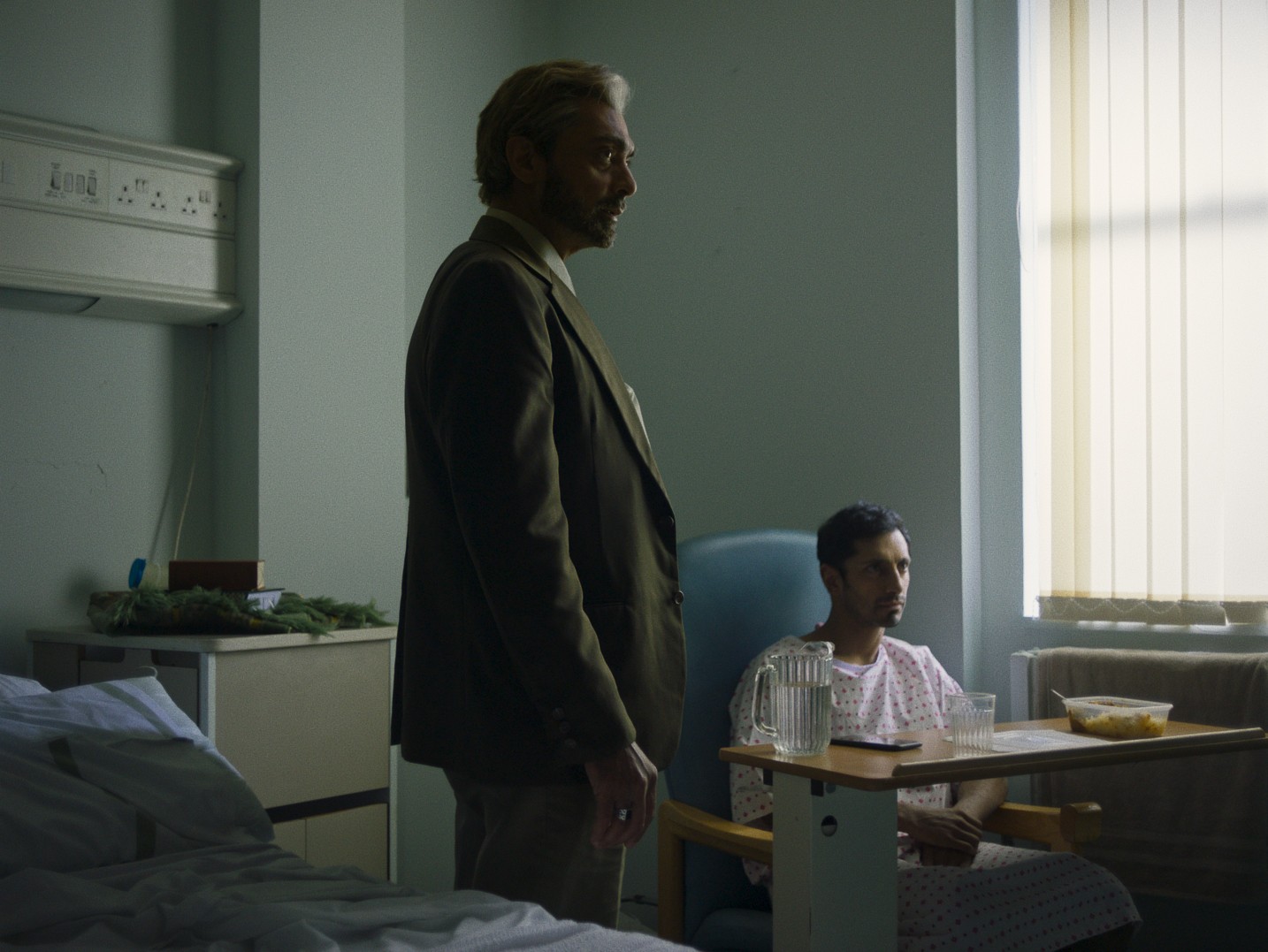 Your background is in non-fiction filmmaking. How has that helped to define how you interact with your subjects?

Everything I do always has to mirror the experience of the people that I’m working on, but also, I never deny my own projections onto them. In fact, I’m very open about my intervention in filmmaking.

There was a very clear way that I was going to film Mogul Mowgli, but right away Riz’s performance made me throw everything out and reconfigure. It felt like making qawwali music, which is in a lot of ways like jazz. It’s super freeform, and it’s usually two people going back and forth with each other. They’re building harmony, but there’s also dissonance.

What are you hoping that people will take away from this film?

For me, the best cinema expands hearts and makes you see things in a way that you haven’t before. I feel so dismissive of people when I’m on Instagram or Facebook, even with my close friends, because sometimes a post can be so reductive. I think cinema has the ability to really fight that reductive nature of social media.

This film isn’t an after school special; it’s not there to educate you on the things it’s about. But I hope that it can pique people’s curiosity. 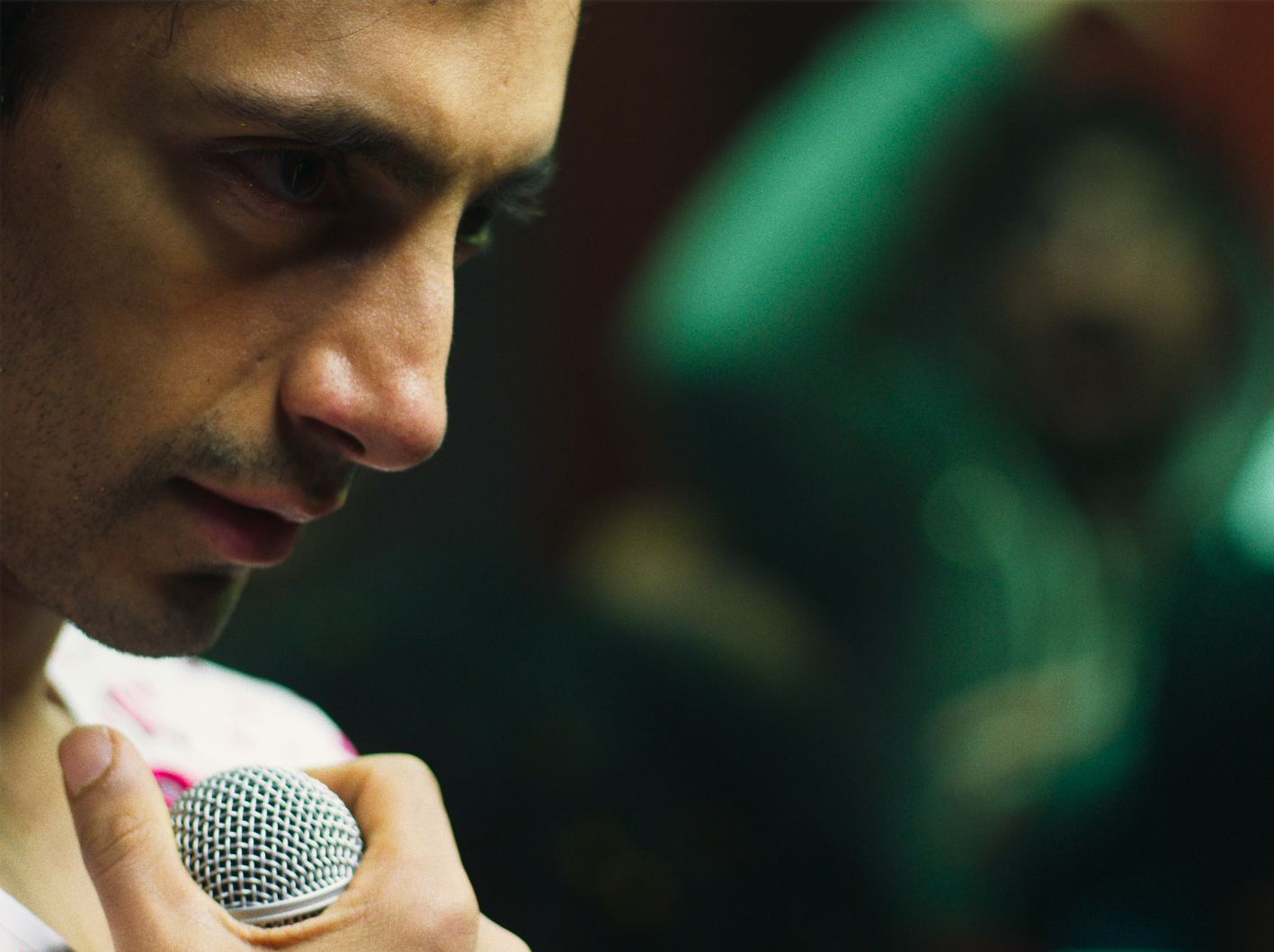 Mogul Mowgli is in cinemas from 30 October. Near the Jugular, a season of inspirational and influential films chosen by Bassam Tariq and Riz Ahmed, is running at BFI Southbank and on BFI Player until 30 November.

Linkedin
RELATED ARTICLES
OTHER ARTICLES
As the Scottish government announces a rent freeze, an activist with Living Rent who fought and won shares how they did it, and what must come next.
Ahead of the release of their first collaborative album, the producer and rapper talk psychedelics and the state of UK hip hop.
Following the announcement of an 80% hike in the energy price cap from 1st October, crowds gathered outside the offices of energy regulator Ofgem to protest and declare their intention to undertake a payment strike.
Cindy Campbell recounts how her brother ushered in a new era of musical culture at a party she held in the Bronx in ‘70s.
Yesterday thousands gathered outside Buckingham Palace after news of the Queen’s death broke.
A 37-year-old woman shares how her abortion led her to become a clinic worker, and the abuse she’s received in that role.