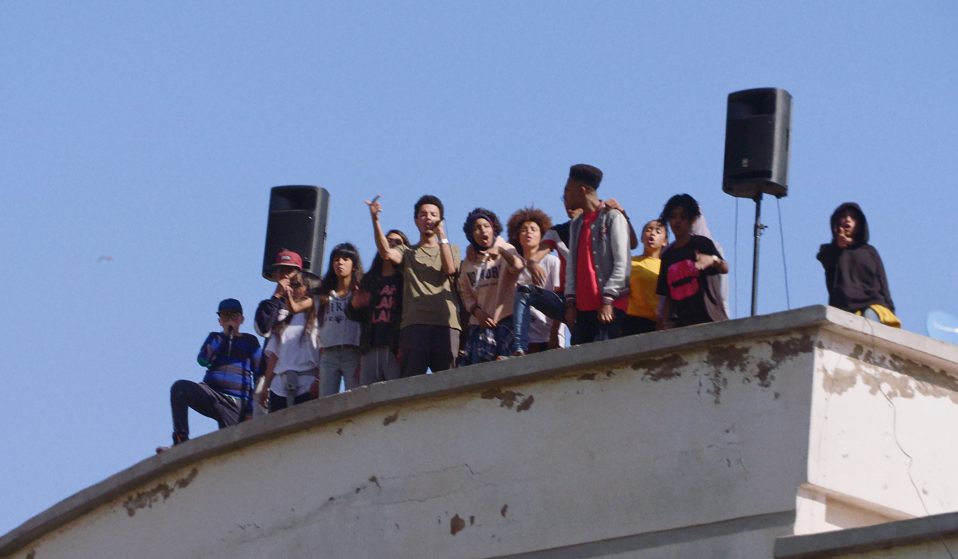 The director discusses new film Casablanca Beats, which centres on a real-life arts centre where young Moroccans use music as a tool for self-expression.

The director discusses new film Casablanca Beats, which centres on a real-life arts centre where young Moroccans use music as a tool for self-expression.

Casablanca Beats, a hyperrealistic quasi-musical exploring the political power of hip hop, is a fresh take on the coming-of-age genre. It’s the latest offering from French-Moroccan director Nabil Ayouch, and his most personal work to date.

Scaling the intersection between fiction and documentary-style realism, the film takes place in the real-life Moroccan village of Sidi Moumen, inspired by the French shantytown near where Ayouch grew up. It follows rap instructor Anas (played by real-life rapper Anas Bousis) in his role at a local Arts Centre, where he teaches hip hop as a tool for creative expression. A narrative forms around the young people who attend the centre, stifled by a society that feels trapped between traditions of the past and a freer future.

The story is based on many of Ayouch’s own experiences. He set up an Arts Centre of his own on the outskirts of Casablanca in 2014, and Casablanca Beats stars the young people who attend that centre in real life. Scenes of long, improv-style dialogue, filmed on a jittery handheld camera, delve into their realities in gritty detail: gender struggles, religion and poverty are each explored at length. However, Ayouch is insistent that despite the difficulties, the optimism he observed in the young people over the two-year filming process is what shines through.

This film is your most personal to date. Were there any specific moments that spurred you on to making this project now?

I think that there came a time in my life when I had the desire to complete the circle, and where all the reasons that made me become a director became even clearer: I remembered that centre when I was young where I learned how to tap dance, I learned theatre, I saw my first Eisenstein and Chaplain movies, my first concert.

When I was observing these youngsters in the centre of Sidi Moumen where I shot the film, both of the two aspects were linked together: my past and the reality of today, of this country where I decided to settle and the centre that I built, and I wanted to be able to express that in that film. It’s more personal, as you say, than what I’ve done before.

You grew up in Sarcelles. Are there many parallels between where you grew up and the village of Sidi Moumen portrayed in the film?

There are many parallels, although some of the topics in the film are specific to the area, like religion, for example. That was not a subject for us when we were young, but generally I’d say this feeling of being far from the centre, of being cut off, abandoned, you know? That is something that felt exactly the same where I grew up and in Sidi Moumen when I first arrived there in the mid-nineties to shoot some documentary films.

I was observing the same type of willingness of the state to make those places safer, less shantytown and more housing estate. But [the state] were forgetting something that was essential and that saved me when I was young, which is to build a link – a cultural link, an identity link – between the people who lived there and the rest of the country so they don’t feel as much like second class citizens. And that’s exactly what I felt when I was young in Sarcelle. I thought that the best way to reconnect them was to let young people experience what I had the chance to experience, and that somehow this could help them. It’s a way also of giving them some other path than immigration or violence. 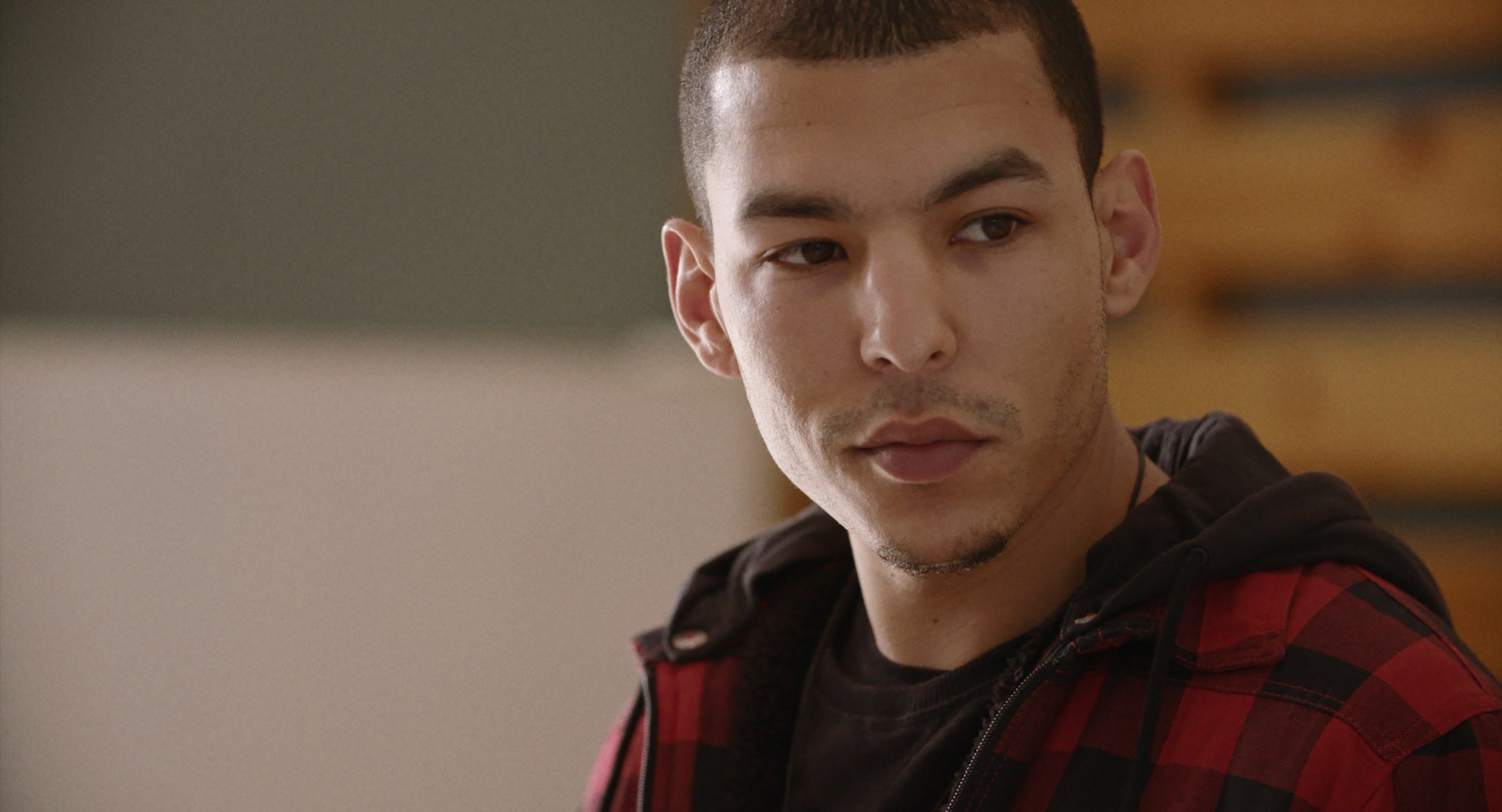 A lot of the film comes across as hyper-real, almost a documentary style. How did you go about forming a narrative arc while maintaining that engrossing feeling of realism?

That was the main challenge of this film, to be very close to the reality: the reality of the centre, the realty of the youngsters. It was important because this is probably the thing that inspired me most to do this film – watching them on stage in the classroom and then learning where they come from; where the words they’ve written, where the movement of dance they have on stage are coming from. They are coming from reality which they gave me the honour to open: they showed me the places where they live, their parents, their homes and so on. So this was very important for me to show in the film.

I decided I would go in a different direction to the films that I’ve done before, meaning that I would not write the definitive version of the script at the beginning of the project. I would write a draft that I aimed to evolve. I said so to the co-producers and the partners of the films, ‘Give me some time, this is not a film that I will do in six, eight or 10 weeks, and then edit and deliver. I don’t know when I will be able to deliver it.’

I had to go through all the process first: that was writing, shooting, editing, re-writing, re-shooting, re-editing, until I found the narrative, because I wanted this narration to be very close to the characters and their evoloution, which for a young boy or girl between 16 and 18 is huge. That’s why I stayed in touch with them and the centre for the whole process, so that I could build the story of the film based on both that narration and based on parts that were created.

I think some of the most powerful scenes in this film are the ones where they have these very raw, in depth discussions about complex topics like gender and religion and the way they interact. Were those initiated by the young people, or more guided by you?

I initiated those sequences by giving them the direction of the scenes, what I would like them to talk about with the teacher, with Anas, knowing that those topics are something that are haunting them, so they were willing to talk about it; it’s part of their life. And I was in contact with the teacher [Anas] by earphone so I would be able to ask him how to direct the debate. But the most important for me was that it would be their words and not mine, so it’s a kind of mix between something directed and improv. 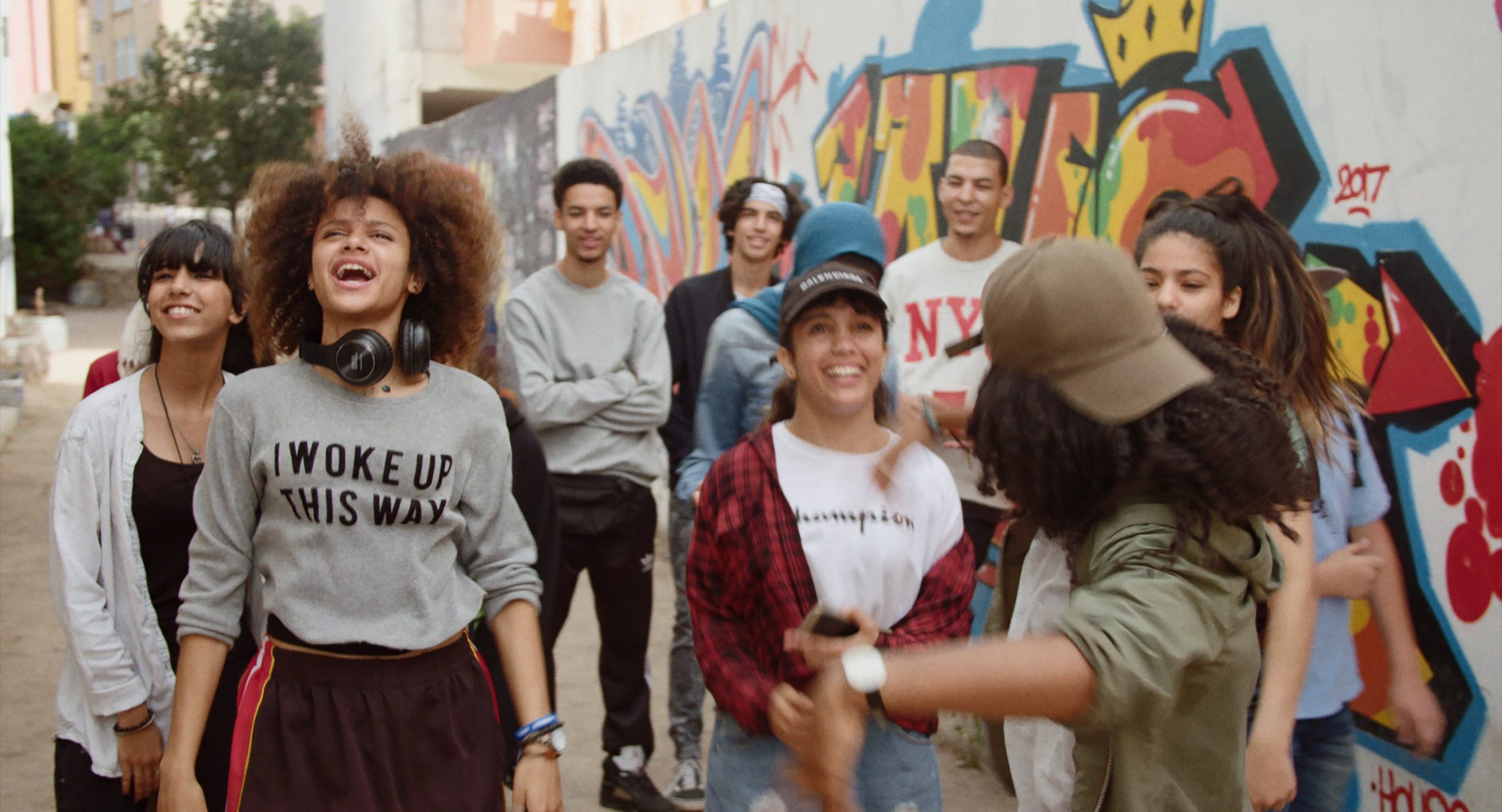 Do you think people have any big misconceptions about hip hop and the culture surrounding it?

I wouldn’t say that, I would say that the hip hop movement, what we call in French the “conscient rap”, was very meaningful for so many people – because then they were invisible but then they became visible. But it happens that at that time the mainstream media would not give them a place, no one would know about it when hip hop was interesting, and those stories, very few people heard them at that time.

When the hip hop movement became more mainstream then it became less interesting. When we had the chance to listen to major rappers then they would go to something more ego-centric: girls, money, cars. This would give a bad idea of what hip hop was and the reason it came about. I mean we should never forget that this music has a history and a heritage and when I was young in Sarcelles, the message and so on – it represented something for us. For the very first time, we had the feeling that we had the tools to talk about our reality.

That’s why I insisted at the beginning of the film that Anas gets this idea across to the youngsters: that they are not here by chance, that there are reasons why they are here and why they carry this spirit, and they should do something with that so that somehow we would be able to go back to the sources of hip hop.

That was interesting because actually it works like movement, like waves: from the United States it went to Europe, and it went to Europe at the time I was there and I saw the impact on us, and then it became in the US less interesting, and then it went to the South, to Africa and the Arab world and it found a new political and social impact and path, again. It reminded us how important it can be in terms of transmitting ideas and messages.”

Do you have any sense of which direction it’s moving in now?

I can tell you that here in Europe, where probably 70 per cent of the population is less than thirty years old, it’s huge and it’s not going to die. It’s going to keep getting bigger and bigger as a major way of expression. For the youngsters today it’s become to so easy to record a track, to shoot a video clip, to launch it on YouTube and social media. They’ve found a new weapon – and they will not step down. 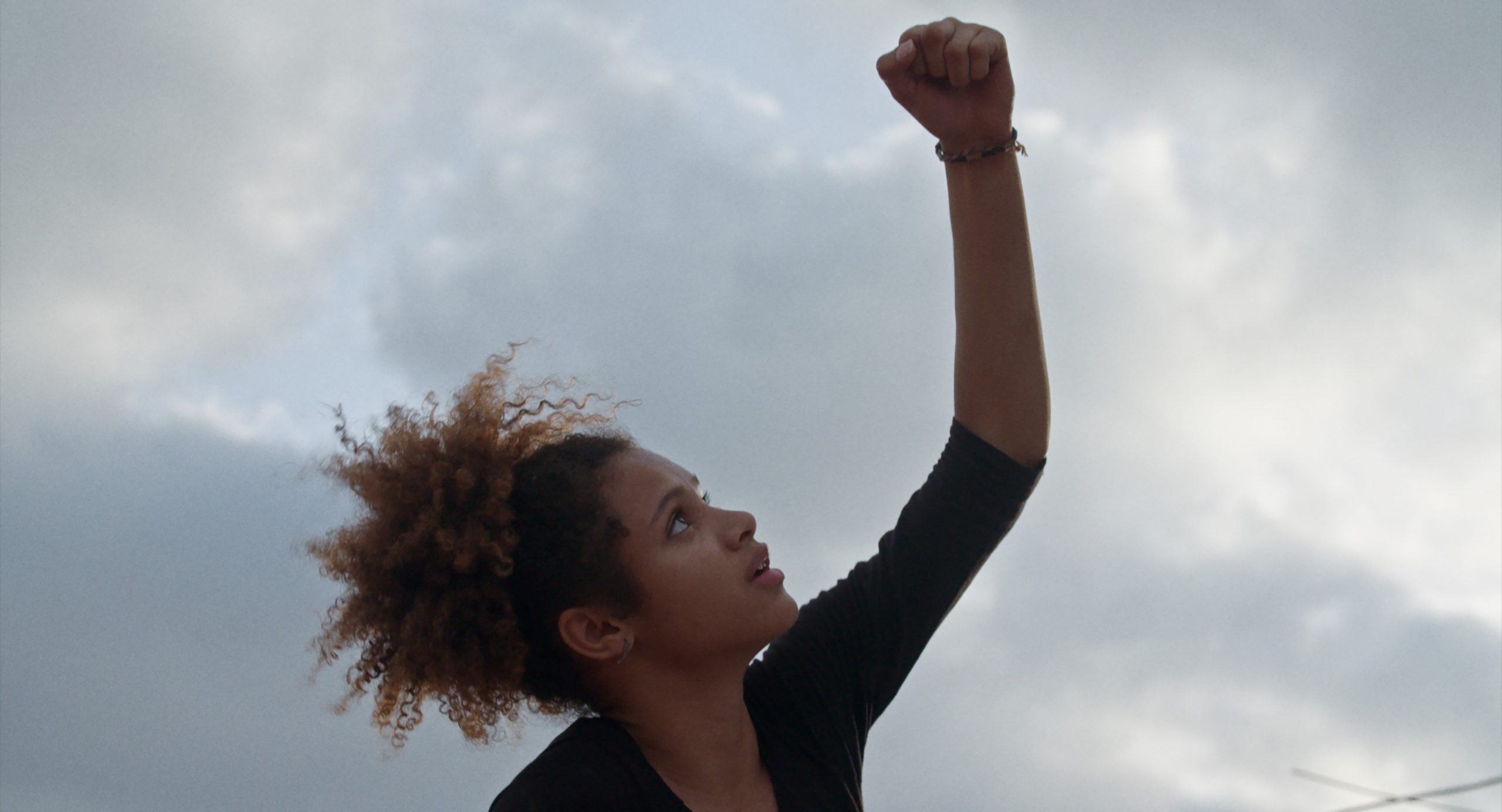 Casablanca Beats is in cinemas and exclusively on Curzon from 29 April, 2022.

Linkedin
RELATED ARTICLES
OTHER ARTICLES
The government is scrapping the Human Rights Act in a move that will hit marginalised people hardest.
The failure to hold landlords to account is denying tenants their basic dignity, writes Bella Saltiel.
The situation in Afghanistan remains dire, with many groups facing persecution at the hands of the Taliban.
While protests over abortion rights rage in the US, access to abortion services is still almost nonexistent in parts of the UK.
The government’s failure to take long Covid seriously has led to the formation of a group campaigning for the thousands of forgotten victims of the illness.
Our new magazine is here, starring the inimitable Mitski. Order your copy now and join us on a trip around the world.