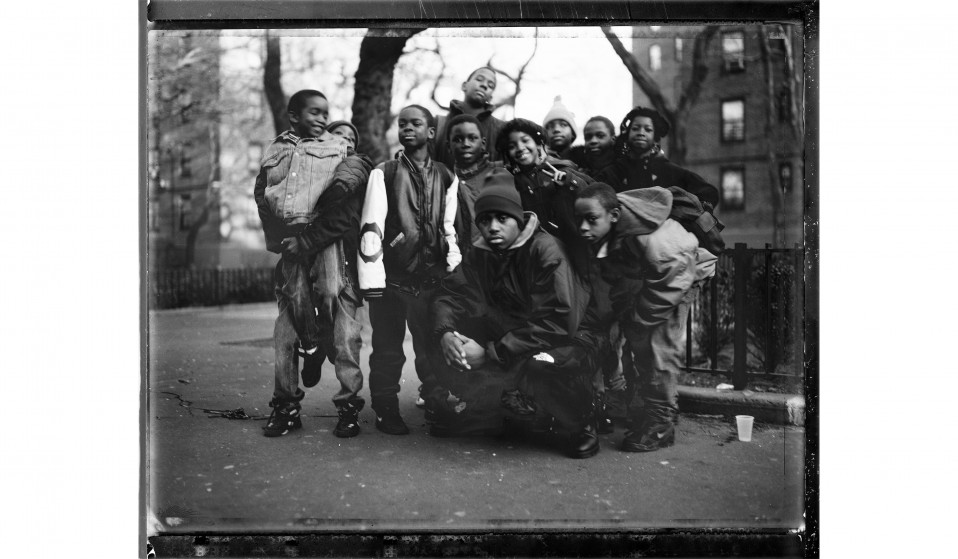 Nas walked through hell and back to put out Illmatic, the record that cast 1994 as hip hop's most epic year. But do his words still resonate two decades down the line?

Nas walked through hell and back to put out Illmatic, the record that cast 1994 as hip hop's most epic year. But do his words still resonate two decades down the line?

In 1994, Nasir Jones stepped into the booth to lay his life on the line – “I gave you what the streets felt like, what it tasted like, sounded like, smelled like… I tried to capture it like no one else could.” True to his word, Illmatic’s groundbreaking wordplay conjured a vivid picture of the young rapper’s life in the harsh Queensbridge projects, set against beats from the era’s finest producers and dripping with rich jazz samples. It became the stuff of hip hop lore. But can dusting off the record on its twentieth anniversary evoke anything deeper than pure nostalgia?

For journalist Erik Parker and artist One9, directors of the documentary Nas: Time Is Illmatic, Nasir Jones remains one of the most eloquent voices of urban America and his words are as relevant today as they were in 1994 when those bars first passed his lips. Both grew up embedded in hip hop culture, as a music writer in New York and graffiti artist in Washington DC respectively, and felt Nas was the first to give their generation a voice.

The documentary digs deep into Nas’ troubled upbringing, surrounded by drug dealing and tit-for-tat violence, which set the stage for Illmatic, and boils down the crack-era chronicle to a provide an insight into how American institutions have failed young black men.

The shooting of Michael Brown in Ferguson earlier this year once again validated Nas’ social critique. It was a reminder that two decades and the arrival of a black president in the White House seem to have changed little: African-Americans are still underrepresented in colleges and overrepresented in the prison population, while police remain unaccountable and unable – or perhaps unwilling – to stem the tide of urban violence.

But through it Illmatic continues to resonate – especially for Erik and One9. Together, they’ve produced educational materials to accompany screenings of the film in schools and prisons, where they hope to use Nas’ story to inspire a new generation to look critically at their surroundings and tell their own tales.

What motivated you to explore Illmatic?
Erik: The story Nas told on the album was missed by wider society and wasn’t understood. Making the film offered us the chance to share that story with the world so people could understand the significance and impact of the many layers Nas laid out for us on Illmatic.

One9: It really tells the story of not just hip hop, but what was going on around us, what was going on in the darkest depths of the culture, of the community. It was like he was taking you on a walk through hell and back. I felt everything, I could visualise it. It was central to where I was growing up, and it resonated with me.

Does nostalgia play a part? Do you feel hip hop is particularly nostalgic?
Erik: All music has a level of nostalgia to it, however hip hop is one of the forms that continues to reinvent itself. In fact, it tends to reinvent itself so often that we sometimes forget to honour those who came before. What we intended to do with the film was make the connection with previous generations: the jazz and the blues of Olu Dara, Nas’ father from Natchez, Mississippi, in the South. I think it’s really important to look back and see how far we’ve come.

One9: There were so many dynamic films made early on, like the documentary Style Wars about the graffiti art movement in New York City and there’s Wild Style which really showed you early pieces of the culture. It’s important to have documentaries that tell the story of something that really shapes lives. This film isn’t just for theatres, it’s going to be used as a teaching tool and that is one way we want to help expand our culture to another generation and inspire them. So yes, it’s a nostalgic look back, but it’s also a way of preserving our culture and moving it forward.

How relevant is the story today?
One9: We chose to break the album apart by looking at what Nas discusses in each track, and those issues are still prevalent across the country. So, for example, we looked at ‘N.Y. State of Mind’ and public housing conditions in Queensbridge and what effect that had on families growing up. We looked at ‘One Love’, the prison system and how locking up young men and fathers tears the family apart. Twenty years later, what’s going on right now in the United States reflects the same issues of miscommunication and social injustice. Not just in New York, but also in Chicago, or Detroit, and Ferguson too. We want the film to open up a dialogue and hopefully inspire new filmmakers to learn more about our culture and what’s going on.

Erik: What happened in Queensbridge twenty years ago is still happening all over the country. In many cases, American institutions are failing young black boys. You see black men are over-represented in jails and under-represented in colleges. We never set out to make a music documentary but we’re using music as a thread to unpack all these issues. In America, and all over, these conversations take place on a very academic level and often those left out of the discussion are the people affected by policy. We’re trying to tell the story through the lens of the people who are affected by the failure of America’s institutions, and that’s rarely done. We use Nas, his family and his friends as a model to show what a great swathe of these boys were going through, then and today.

Do you remember how you felt when you first heard Illmatic?
One9: I knew it was something that would change the course of hip hop, it’s really as simple as that. Lyrically, musically, thematically, and his delivery: everything I wanted from a hip hop album was in Illmatic.

Erik: It was a watershed moment for me. There was someone who validated the worldview of a generation that was being overlooked at the time. Its poetry was so high and its vocabulary the same as mine, so I realised that our lives can be interpreted through art of the highest order, the same way great poets have done throughout history. The story that he told made me feel as if our lives were as important to art as any other experience in America.

Win a copy of the Nas: Time Is Illmatic limited edition dual-format steelbook, out in the UK on December 15, by tweeting your favourite Illmatic lyric to @HuckMagazine by Wednesday, December 18.

Head over to our sister mag Little White Lies to read their review.

Linkedin
RELATED ARTICLES
OTHER ARTICLES
Curator Antoine de Beaupré discusses his immense record collection and what it tells us about the intersection of music, photography, art, and commerce.
Thomas Hoepker‘s images taken during a road trip across America provide a searing social commentary about a divided country.
Photographer David Hoffman recalls documenting the extreme wealth inequality around Tower Hamlets and Hackney int the 1980s.
In the wake of the decision by the supreme court to overturn Roe v Wade, thousands of protestors filled the streets to express their rage and anguish.
Wealth inequality and the rising cost of socialising is placing a strain on people’s relationships, reports Eve Upton-Clark.
In the latest instalment of Photographers in Conversation, the chronicler of raves, protests and beyond explains why he’s drawn to such specifically visceral environments.