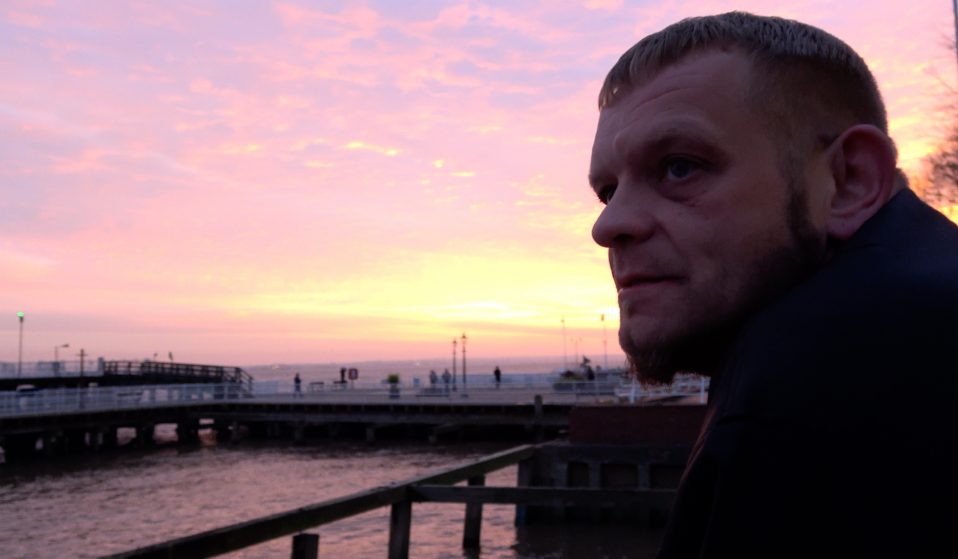 In A Northern Soul, Sean McAllister follows Steve, a factory worker with dreams of rapping and making a difference in his community.

In A Northern Soul, director Sean McAllister documents the life of Steve, a factory worker with dreams of making it as a rapper. Ahead of its release, we speak to the filmmaker about cuts, class and why counter-narratives are so important.

For years, working class communities have been degraded on our television screens. Thanks to productions such as Benefits Street, Skint and On Benefits & Proud, stories of people struggling to get by have been manipulated – without dignity or respect. However, in A Northern Soul, filmmaker Sean McAllister provides an impassioned counter-narrative to how poverty in the north of England is perceived in the mainstream media. London-based TV executives could learn a lot from him.

McAllister grew up in a working class community in Hull. After leaving school at 16, he worked dead-end factory jobs, before picking up the camera and making his way to the National Film and Television School. Since then, he has become a Sundance-winning filmmaker and his documentaries – including the BAFTA nominated A Syrian Love Story (2015) – have taken him across the globe.

In 2017, he moved back to his hometown for the first time in over 20 years, as part of his role as director of Hull’s City of Culture celebrations. Around the same time, he met Steve, a factory worker harbouring ambitions of making it as a hip hop artist. Seeing something of himself in the would-be rapper, McAllister decided to document his life during a transformative year for Hull.

Steve was given a grant by his employer to start his ‘Beats Bus’ project, which allowed him to tour the city’s poorest schools with a mobile sound studio, giving children advice and mentoring. A Northern Soul follows Steve’s journey and the impact of the Beats Bus on the local community. It’s an impassioned look at one man’s creative dreams – and a personal cry for social mobility in a city where one in three children live in poverty.

Sean, how did you first meet Steve?
I met him in a bar through a friend of a friend, which is usually the way I meet characters for my films. I was interested in documenting his story, because I’d been away from Hull for a long time making films around the world. Upon coming back, I wanted to look at what life is like for the working class world, for those in factory work that I came from and how it had – and hadn’t – changed, over time. I wanted the story of an incredible working class character.

You’ve said that Steve reminds you of yourself 20 years ago. Was this a personal film for you to make?
I think they all are, really. Even when I go and make a documentary in Baghdad or Syria, the characters all have elements of myself embedded in them. I guess I’m trying to put my own ups and downs into the people I film. This film was a bit more than that, because it was back at the place that I started. I was living back with my mum and dad, who also feature in the film and are in their 90s.

Do you think there’s been a change in working class communities in Hull?
The ’80s were a hard time when I was at school. But it feels more invisible today and there’s a much more graphic divide between rich and poor. Class is more evident and despairing.  We climb over the homeless people in Hull when we never have done before, turn a blind eye to the food banks, or we join the armies of volunteers to feed the five thousand plus. These are just regular events in the North – they’re here to stay. That’s the byproduct of the system that we’ve chosen to live under.

But in some ways it’s better, I suppose. Social media and the internet has helped to make geographically isolated places feel more connected. I was in a very isolated city, where it felt like no one left and no one ever visited. Coupled with all of this was the 2017 City of Culture, which had £35m of investment in art and culture. It put the pressure off austerity cuts, which have just drained the local council when trying to provide necessary things to its people.

You were directing the City of Culture celebrations and making A Northern Soul at the same time. Did you gain different perspectives from these two projects?
In my role as director for the City of Culture celebrations, I used the core values that I use in my documentaries, which is a basic belief in the quality of images and people celebrating these images. It was a celebration of the city and its people, using documentary footage from the archives. People turned out and it was really moving.

But after it, there was something in me that was like, ‘what the fuck does all this mean?’ Then I met Steve. His dream was so far from this spectacle that cost millions. He just had this simple dream to go to council estates to give kids a chance. The Beats Bus was a vehicle of possibility – we could look at social mobility and poverty through art. Suddenly, it made things much more interesting. 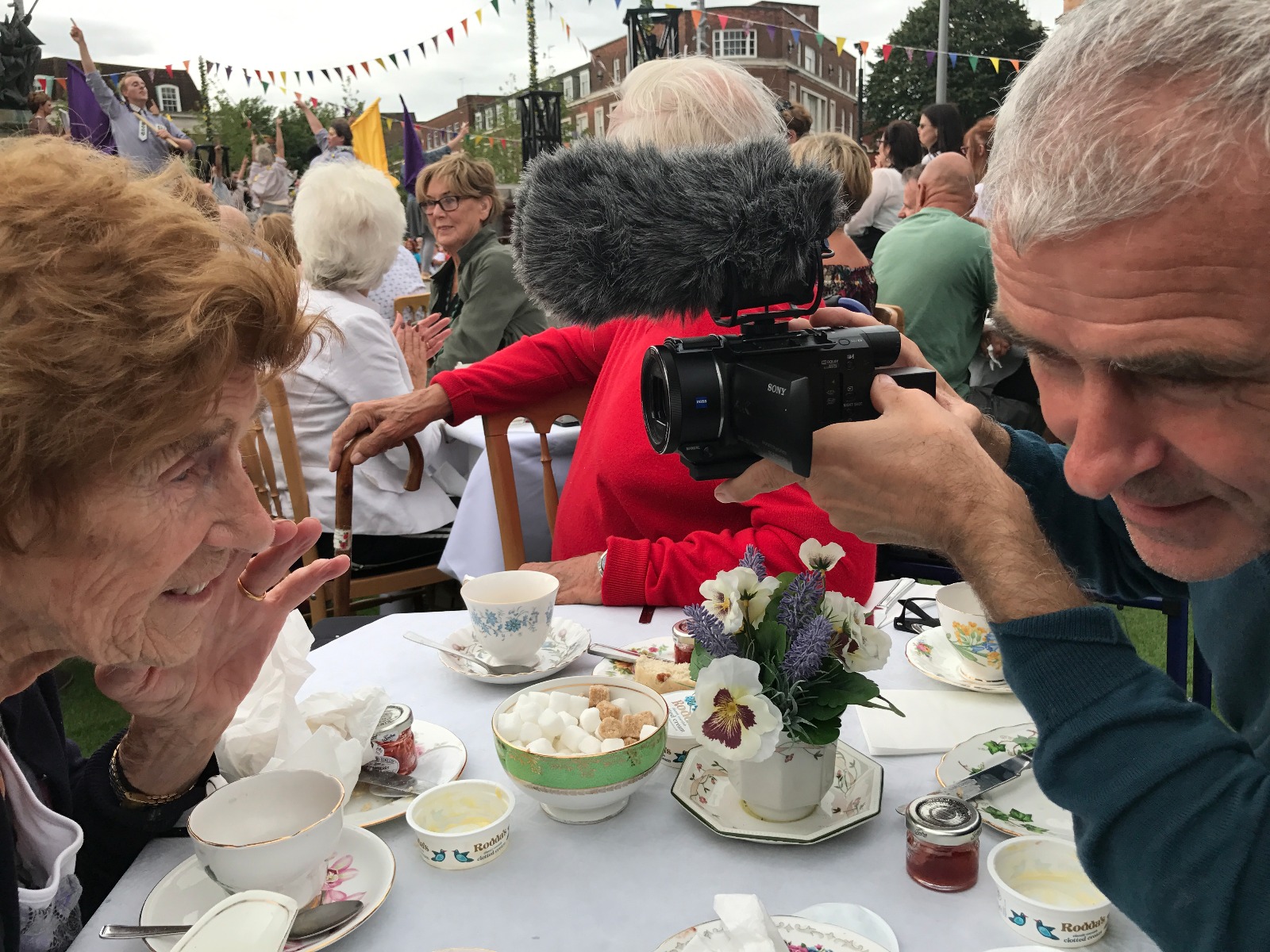 What makes A Northern Soul different to other documentaries about the working class?
You look at these very depressing programmes about poverty and the dire situation that they’re in and they have the usual narrative [of hopelessness]. Here, I think, what’s seen in the film is what art and culture can give. It doesn’t really take that much from central government financially to open these possibilities that have been slashed because of austerity cuts.

Those kids that wouldn’t otherwise connect with art – like me leaving school at 16 with absolutely nothing – suddenly had a possibility of hope through Steve and his Beats Bus. It’s quite simple, really. There’s something simple that the Tories should see.

Do you think that there are many other filmmakers out there covering the same ground as A Northern Soul?
When the film got certified as a 15 – unjustifiably by the British Board of Film Classification – I started a campaign because we got a 12A rating in Hull, so we could give free screenings to kids. Ken Loach, who is filming in Newcastle, contacted me to offer his solidarity and support. That in itself made it feel that there aren’t many others out there [laughs]. It’s the one name that comes to mind.

I know that other people do similar things –  Shane Meadows is one example – but many of them don’t [cover the same topics] with such a political edge or bite. They don’t ask ‘Why are we living like this?’ or address inequality. I’m not just trying to bring down the government, I’m trying to give a credible voice to the working people. I think with years and years of benefits programmes, we should have stood up a long time ago to Channel 4 and Channel 5, which offer one undignified narrative of poor people. It’s shame that educated people have done that to the poor. It’s awful.

Why did you decide to protest against the film rating decision?
We had been running it in Hull free for kids if they came with their parents, and the licensing board gave it a 12A. But the BBFC came in and, shockingly, gave it a 15 rating. Six-year-olds came to the screenings and said that it was inspirational. At the moment MPs from Hull have written a joint letter to the BBFC in protest. They’ve all seen the film and they support it.

There are 14 uses of the F word in the film, none of which are aggressive or of a sexual nature, which comes from a cultural context, I’d say. Five of these are included in a song called ‘Fuck it I’ve had enough.’ So, there’s 19 in total. It’s their job to count it and apparently you’re not allowed more than four. There’s no level playing field on that rule. If you look at The King’s Speech or Mission Impossible, they break the rules too [but get a 12A rating].

So do you think it has something to do with class?
It feels as though when posh people say it it’s less offensive. The BBFC’s argument is that in The King’s Speech it was about context, because it was said during speech therapy. My problem with A Northern Soul is that it’s not a fiction feature film – it’s a documentary that’s showing true working class lives in a humane and dignified way.

It’s a poignant and heartbreaking account of one bloke’s story and, in the film, he swears during his everyday life. It’s the same way that Phillip Larkin uses the same language in his beautiful poetry about the city. To plead that would be to destroy the message. There’s a greater message in A Northern Soul that the kids have said is empowering and inspirational. To remove their ability to see it is to lose the power of what the film is doing. 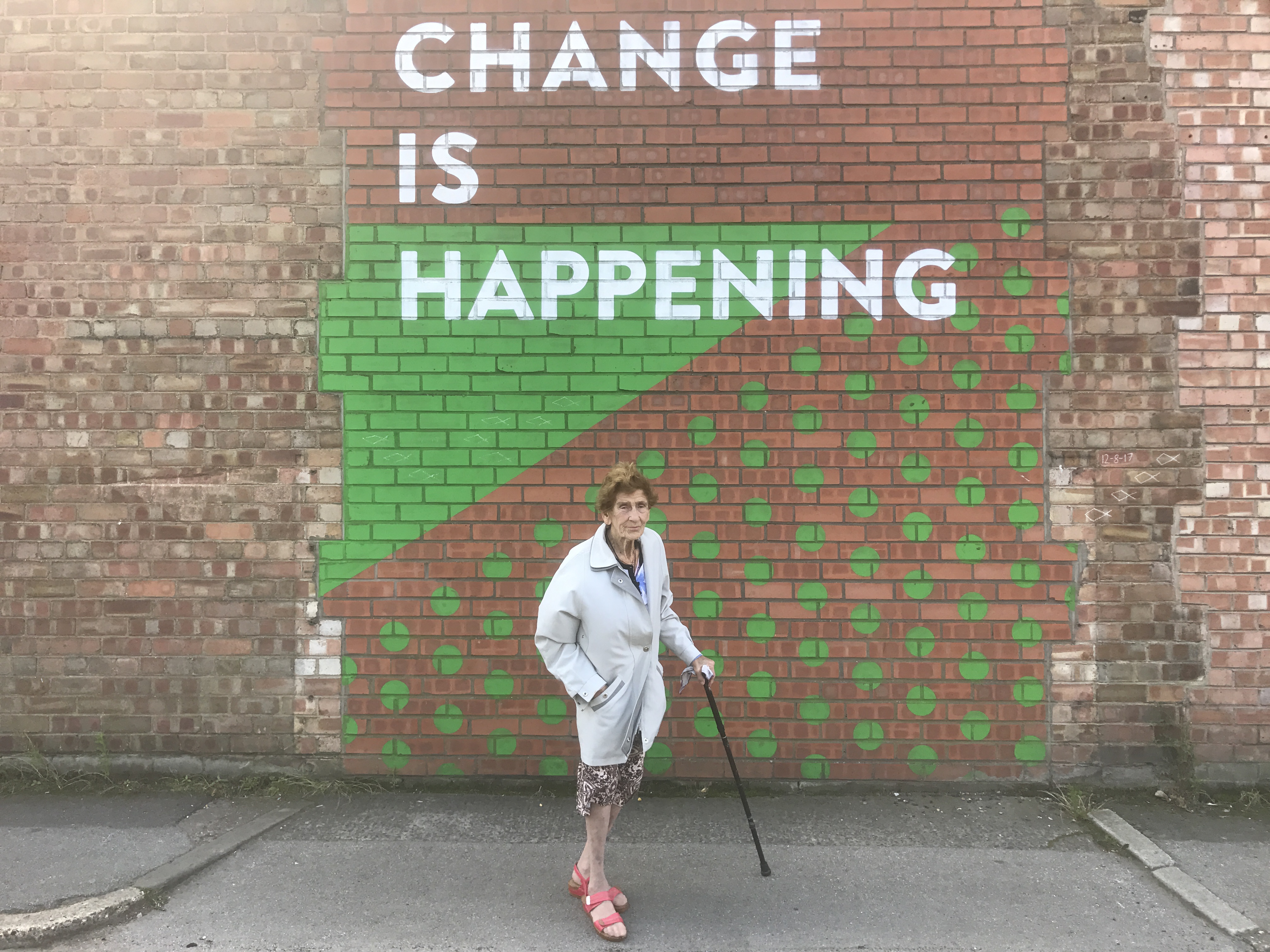 A Northern Soul is showing in London from August 24th and will be broadcast on the BBC later in the year. Since this interview, the film has been awarded a 12A rating for all cinemas and premises licensed to show the film locally in Hull.

Linkedin
RELATED ARTICLES
OTHER ARTICLES
As she gears up for the release of her first book, the 24-year-old climate activist talks standing up to authority and building a more inclusive movement.
A new podcast is opening up the conversation between trans women and trans amorous men in the hope of building coalitions.
Photographer Becky Tyrell went down to the fading banger and stock raceway to meet a community desperate to keep it alive.
A new film from Berghaus traces the story of Adam Raja, who left behind a turbulent upbringing to discover the healing power of climbing.
A new law change is enabling Britain’s donor-conceived children to know the truth about their origins – but campaigners say the fertility industry must do more to protect people.
Following the release of his debut single, Deyaz talks battling addiction, dealing with his struggles through music, and building a budding music career from his living room.