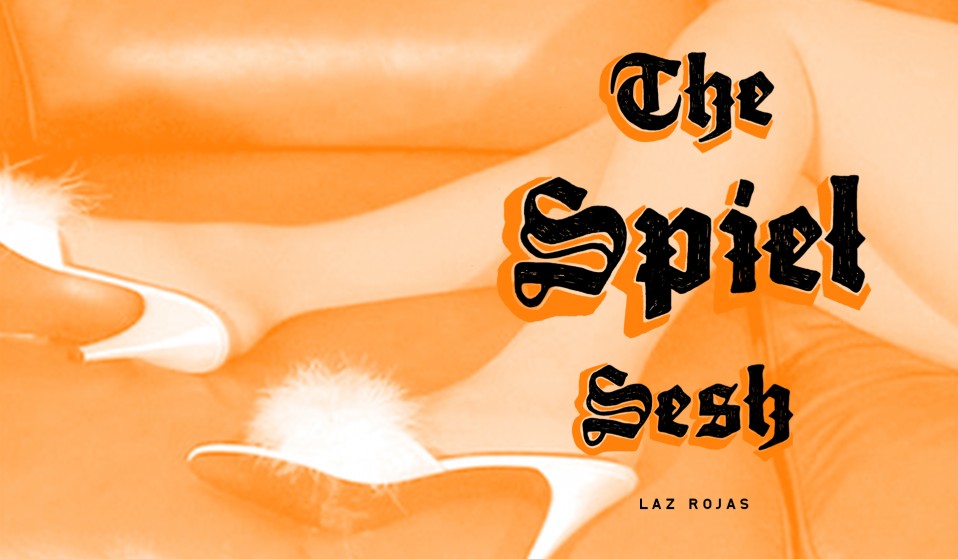 Underground filmmaker Laz Rojas opens up about selling out, never fitting in and what’s wrong with kids today.

The Spiel Sesh is a new quick-fire Q&A series with Huck's indie culture heroes. This time, underground filmmaker Laz Rojas opens up about selling out, never fitting in and what’s wrong with kids today.

These days it’s hard to distinguish between blockbuster Hollywood and indie flicks. Real choices for moviegoers and risks by filmmakers seem sadly to be a thing of the past.

Underground cinema is an antidote to the mainstream, but follow the rabbit hole even deeper, step beyond, and you’ll be greeted with the creative genius and sometimes visionary/insane world of outsider cinema. It’s a movement that doesn’t follow the old paradigm of conventional storylines, formal training or “real” actors.

My hands-down favourite outsider cinema director is Laz Rojas. Rojas is a one-man powerhouse who writes, directs, produces, edits and plays (over 100 characters) every male and female role in his films. Do yourself a favour, grab some popcorn, a Tab, some Red Vines, hit play and let the good times roll! 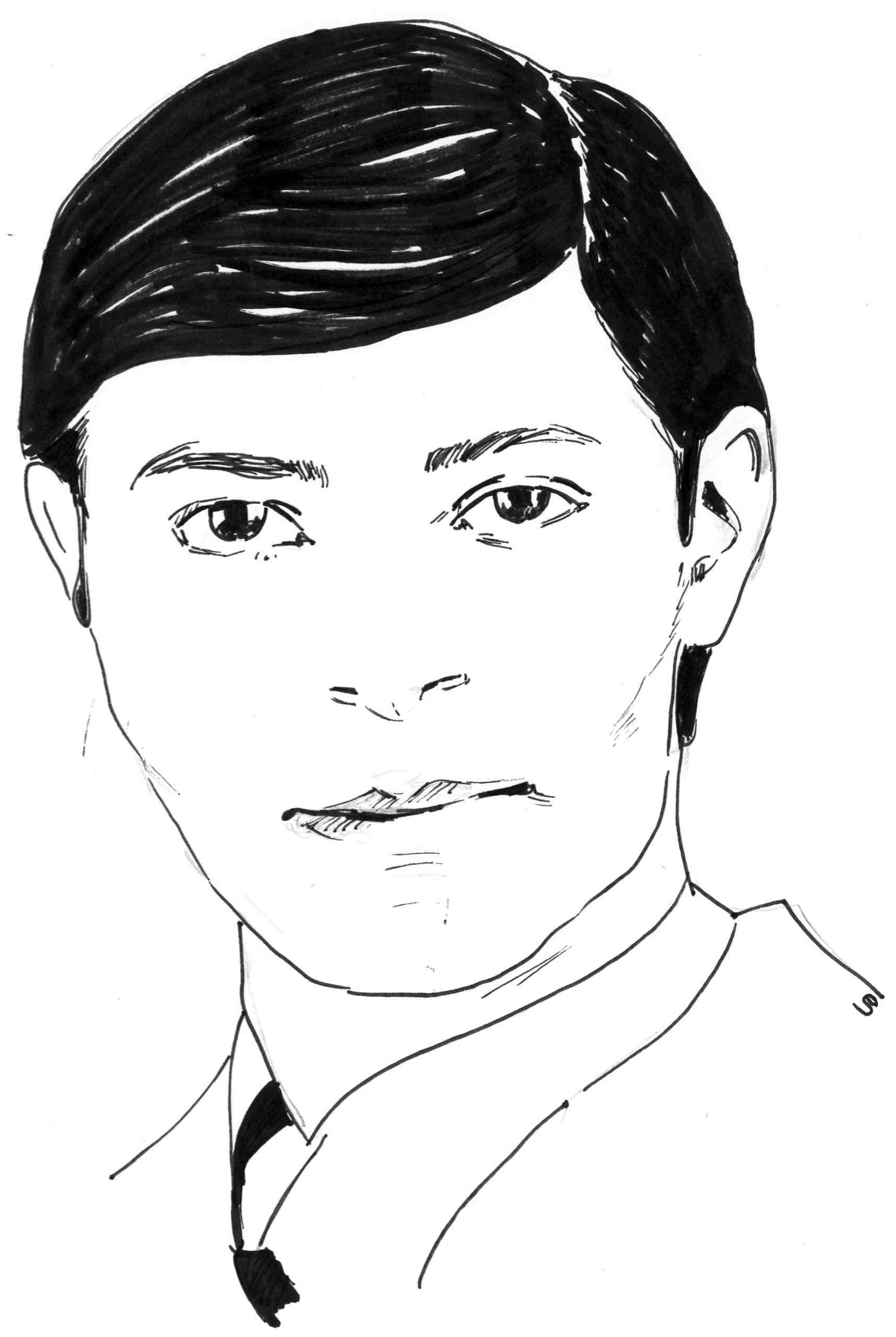 Describe your last perfect day?
I don’t think I’ve ever had a day that I could consider perfect. I’m still searching for it.

Who is your hero of fiction?
I have several real-life heroes, but I really don’t have any fictional heroes.

Earliest memory?
My earliest memory is John F. Kennedy’s funeral. I was only eleven months old at the time, but I have a very vivid memory of watching it on my parents’ old B&W TV set and seeing JFK Jr. saluting his father’s casket. 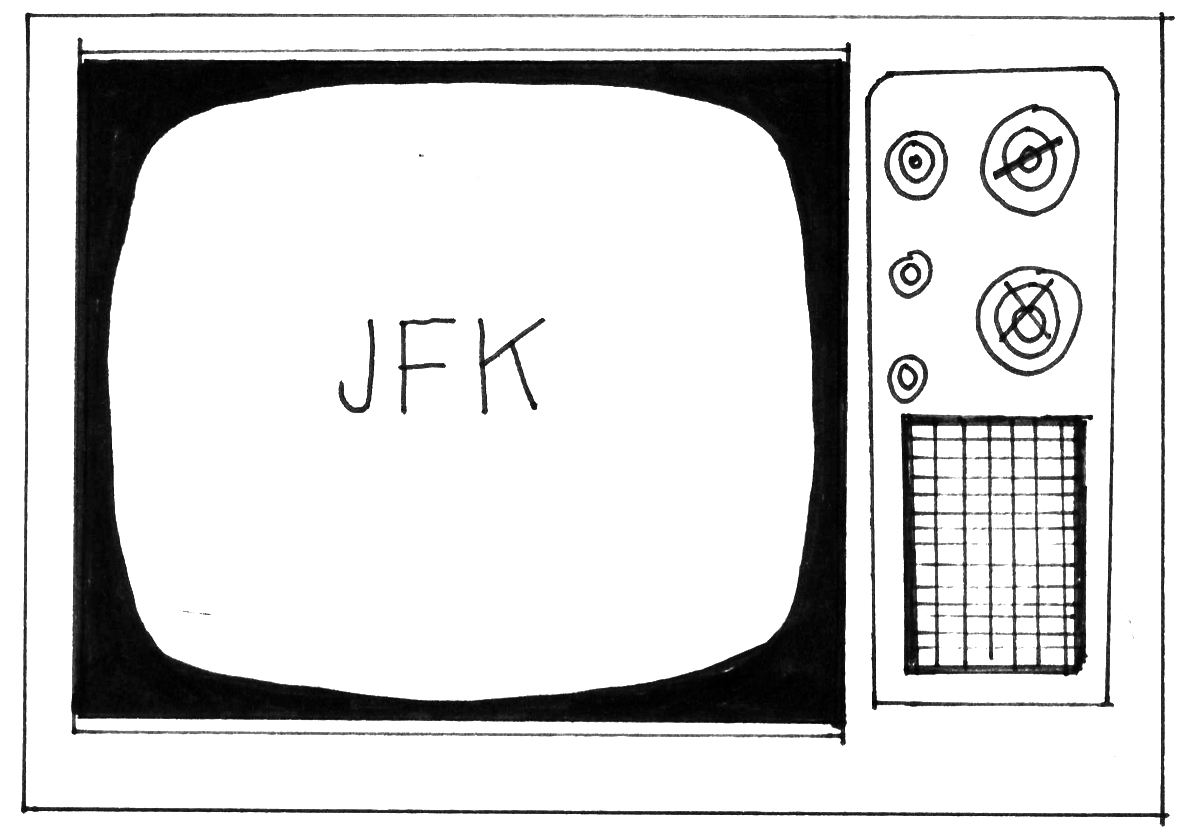 What is selling out?
Compromising what you believe in to succeed. I’ve turned down several opportunities in the past that could have advanced my career because they went against my principles and my conscience.

What advice would you tell your 16-year-old self?
Don’t assume that everyone out there is as honest and well-meaning as you. There are a lot of people who don’t have your best interests at heart and won’t miss an opportunity to hurt you or turn others against you. Keeping this in mind, however, try not to become cynical or you risk becoming just like those kinds of people. Live by the golden rule, but don’t be naïve and don’t be a victim.

Before making a phone call, have you ever rehearsed what you are going to say?
Many times over the years, usually I go off-script quite quickly.

Have you made it?
No, I haven’t made it. Nowhere near close.

What’s wrong with kids today?
It seems to me that kids today have no appreciation or respect for any aspect of pop culture before this millennium. They think that movies, television, music, and fashion from earlier decades are inferior to what they have today, and in my opinion, the reverse is actually true. They also seem quite ignorant about the past and seem isolated in their own time, despite the fact that we live in a world where technology allows them access to information about anything at their fingertips.

Growing up what was the most embarrassing thing you did to fit it?
I never did anything to fit in. I’ve always been myself and never found the need to adjust or change.

If you could bring back one cartoon which would it be?
Road Runner. I love seeing him outsmart Wile E. Coyote and the coyote’s meticulous planning all come to naught. 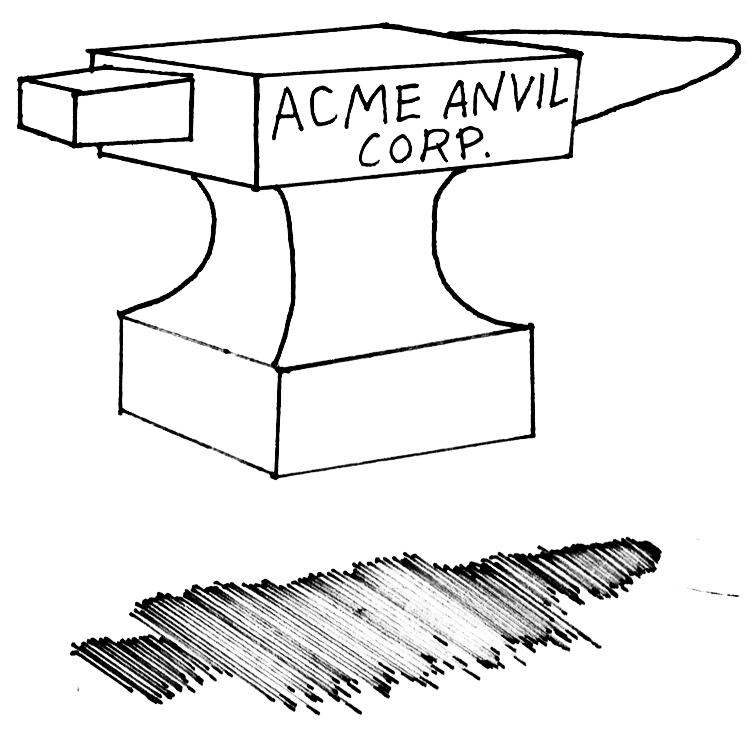 When did you last cry in front of another person?
Nine years ago when my father died.

Your house, containing everything you own, catches fire. After saving your loved ones and pets, you have time to safely make a final dash to save any one item. What would it be?
I can’t choose one specific item, but I would save the tapes of my one-man showcase and copies of the scripts I’ve written. Other things can be replaced, but I’d want to preserve as many products of my creativity as possible.

Have you ever read the same book or watched the same film over and over and over?
Never. There are books and films that I really enjoy, but I prefer to revisit them from time to time so that their impact on me isn’t lessened by excessive or repetitive readings or viewings.

Who gave you your first break?
David Gordon Green, who included clips from my one-man showcase in his film Pineapple Express.

Most discouraging moment?
When I lost my apartment three years ago as a result of identity theft destroying my credit.

First celeb crush?
My first celeb crush was Jaclyn Smith when Charlie’s Angels was on back in 1976. I was thirteen at the time and was completely obsessed with her. 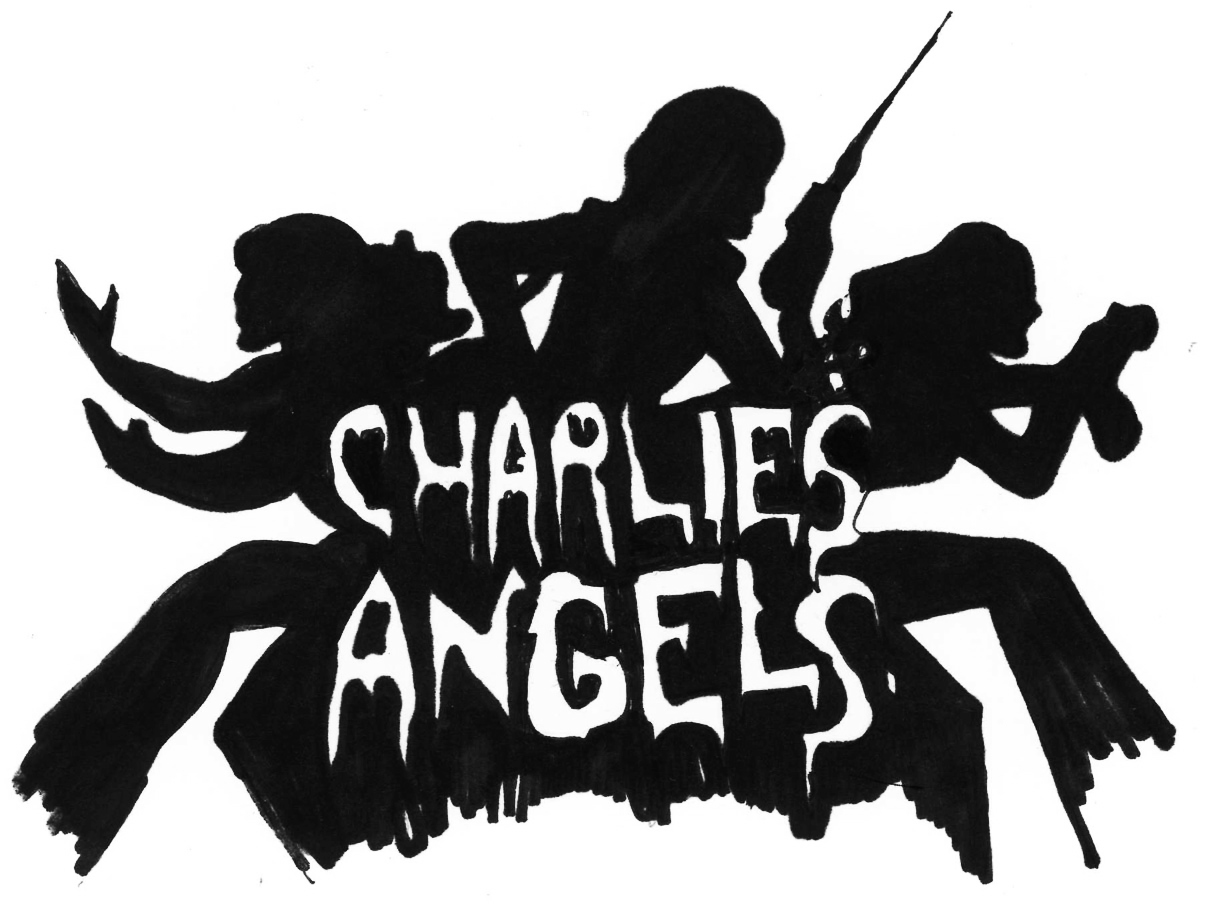 Which “scene” really influenced you?
I was never part of any scene and pretty much went my own way.

If you could master any craft what would it be?
I have so many different talents that I actually have no desire to add any more activities to the list or learn anything new. I once taught myself to play guitar and then abandoned it because I already had my hands full with other things. And even though I’ve been an artist since childhood, I haven’t really drawn or painted much in years because I put that aside in favour of writing and filmmaking.

Most offensive thing you’ve ever seen?
Photos of concentration camp victims during World War II. I don’t think anything else could disturb me or anger me as much as the inhumanity and suffering epitomised by such images.

As a teen what film or book had the biggest influence on you?
The television miniseries Rich Man, Poor Man had a great impact upon me when it first premiered back in 1976. It was the first miniseries and both the format and the story influenced my desire of being an actor/writer/filmmaker tremendously.

Do you prefer the past, present or future?
When I was younger I used to look forward to the future, but lately I find myself reminiscing a great deal about years gone by and the way things used to be. And when I compare the current state of the world and society to a few decades ago, I wish I could build a time machine and go back. Particularly the current state of pop culture. I find myself watching a lot of movies and listening to a lot of music from the previous century, so there’s no question that I now prefer the past.

Growing up what was the most important record to you?
I didn’t develop my own interests in music until I was in my late teens, so all the time I was growing up I’d listen to my parents’ record collection. They had a very large collection of pop records from the Fifties and Sixties and I remember I used to listen to Petula Clark’s Downtown LP a lot.

If you could freeze time what would you do while the world thaws?
Take away everyone’s smart phones. Some people are so obsessed with them I think they sleep with them and take them into the shower.

Any vices?
No vices. I don’t drink, smoke, or do drugs. I’m pretty much a goody two-shoes.

Do you know the lines to any movies?
I have an excellent memory, so I remember the lines of any movie I’ve seen more than once. In some cases, I can rattle off all dialogue and act out all the parts.

What posters did you have in your room as a teen?
My walls were covered with posters and photos of Jaclyn Smith.

Have you done anything really stupid for love?
Not a single, individual act, but I did harbour an unrequited love for a woman for twenty years before I realised she had never been worthy of that love.

Last time you went to great lengths for lust?
I’ve never acted upon lust. Have too much self-control for that. 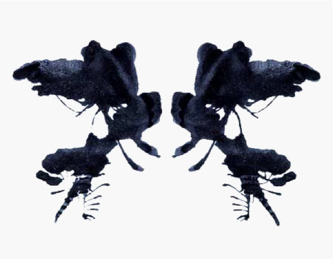 Linkedin
RELATED ARTICLES
OTHER ARTICLES
With the virus now a global health emergency, we must take steps to fight misinformation and demand a swift UK-wide vaccine roll out, writes Phil Samba.
Following the release of his latest album, the rapper talks about finding a new approach to songwriting, attitudes to poverty, and why his music is more than a political statement.
One year on from the fall of Afghanistan to the Taliban, Tiara Ataii speaks to those who have been forced to make the treacherous journey to Europe for safety, and the barriers and horrors they have faced.
Students are being left to languish in unsafe housing, in some cases leading to serious health complications.
We introduce our series spotlighting the voices of people who’ve been impacted by anti-abortion laws and anti-choice protestors.
The author discusses her new memoir, which offers a sobering reflection on the racism and otherness she’s experienced along with a joyful celebration of her culinary heritage.