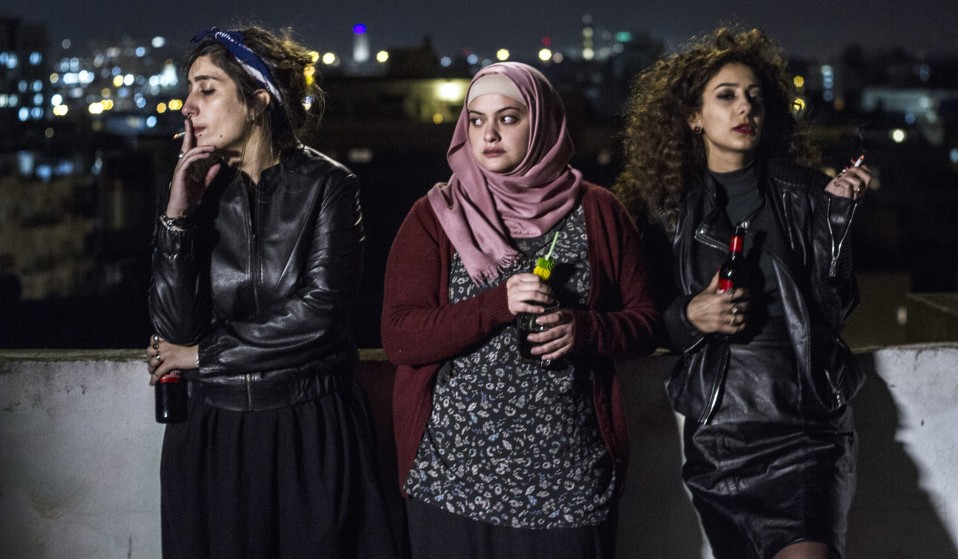 Sex, drugs and womanhood: Why Maysaloun Hamoud’s new comedy, In Between, has sent shockwaves through the Middle East.

Sex, drugs and womanhood: Maysaloun Hamoud’s new comedy, In Between, has sent shockwaves through the Middle East. Here, she explains why she felt compelled to shake up the system.

When Maysaloun Hamoud first heard about her fatwa, she was shaken. The religious ruling – widely seen as a formalised “death sentence” – seemed like an extreme reaction for a woman who’d just released a Palestinian comedy. “It was pathetic,” the director says, remembering the moment she heard the news. “I wasn’t afraid, but I felt a kind of sorrow.”

The film at the centre of the furore was In Between – Hamoud’s first ever feature. Set in Tel Aviv, it follows the story of three Israeli-Palestinian women as they attempt to share an apartment. It’s a raw and real portrayal of everyday womanhood, with each character struggling to navigate between family constraints, Islamic tradition, and cosmopolitan liberalism.

While it’s true that women’s stories are rarely – if ever – told in Palestinian cinema, that’s not where the controversy stops. In Between is a true taboo-breaker. The women in the film (all of whom are Muslim) have casual sex, do drugs, and go out clubbing. You’re introduced to Salma, a restaurant worker trying to become a DJ; Laila, a hard-partying lawyer looking for love; and Dounia, a trainee doctor trying to hide a lesbian relationship.

Hamoud wasn’t unaware of the controversy when she began writing the project, which is partly why it took her so long to bring it to the big screen. “I started to write the script five years ago, before the Arab spring,” she explains. “Eventually, the voice that I wanted to bring to Palestinian cinema became the same voice that the young people of the Arab world were shouting in the squares.” 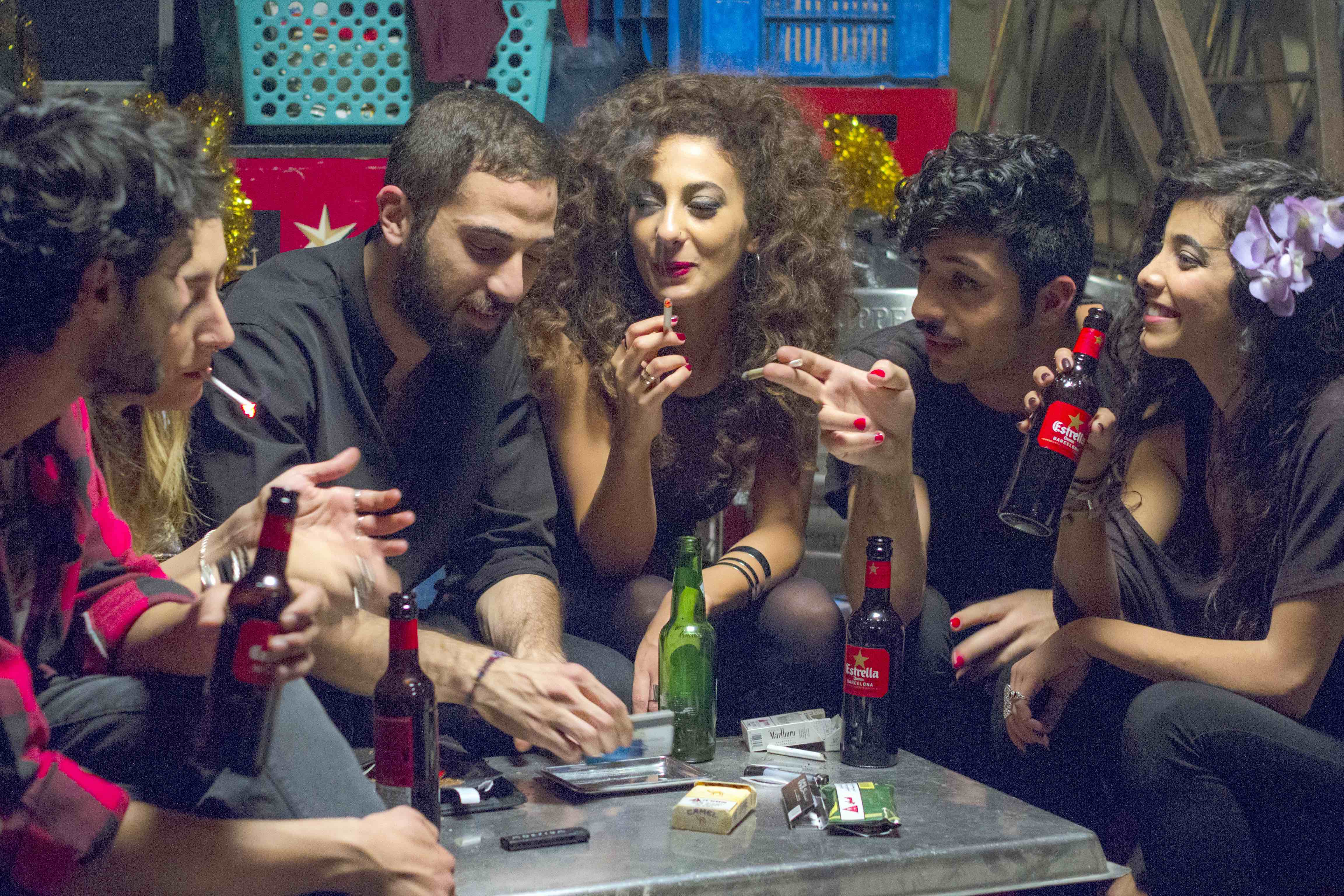 “It was about changing the system from the bottom, making justice for society, and hearing the voices of women. Everyone wanted to talk about the taboos – sex, independence, the patriarchy, who rules in the regimes. It empowered me to continue with the movie-making process.”

Hamoud, who is of Palestinian descent herself, grew up in Dir Hanna – a small village in the North of Israel. Passionate about political and social change in the region, she obtained a Masters in Middle-Eastern history and began working for the Tel Aviv based NGO, SADAKA. However, after growing frustrated with the political world’s glacial rate of progress, she turned to filmmaking. “Through art, I can affect more people,” she adds. “I can create something more powerful through cinema.”

Now she lives in Jaffa, a district in the south of Tel Aviv, which is also where In Between is set. “Jaffa is just a big white Jewish city,” the director says, jokingly. “It seems to have a reputation as a liberal and open-minded place, but it’s just like the whole state of Israel, which is the opposite of liberal and accepting. It makes Palestinians feel like they are second-class citizens.” 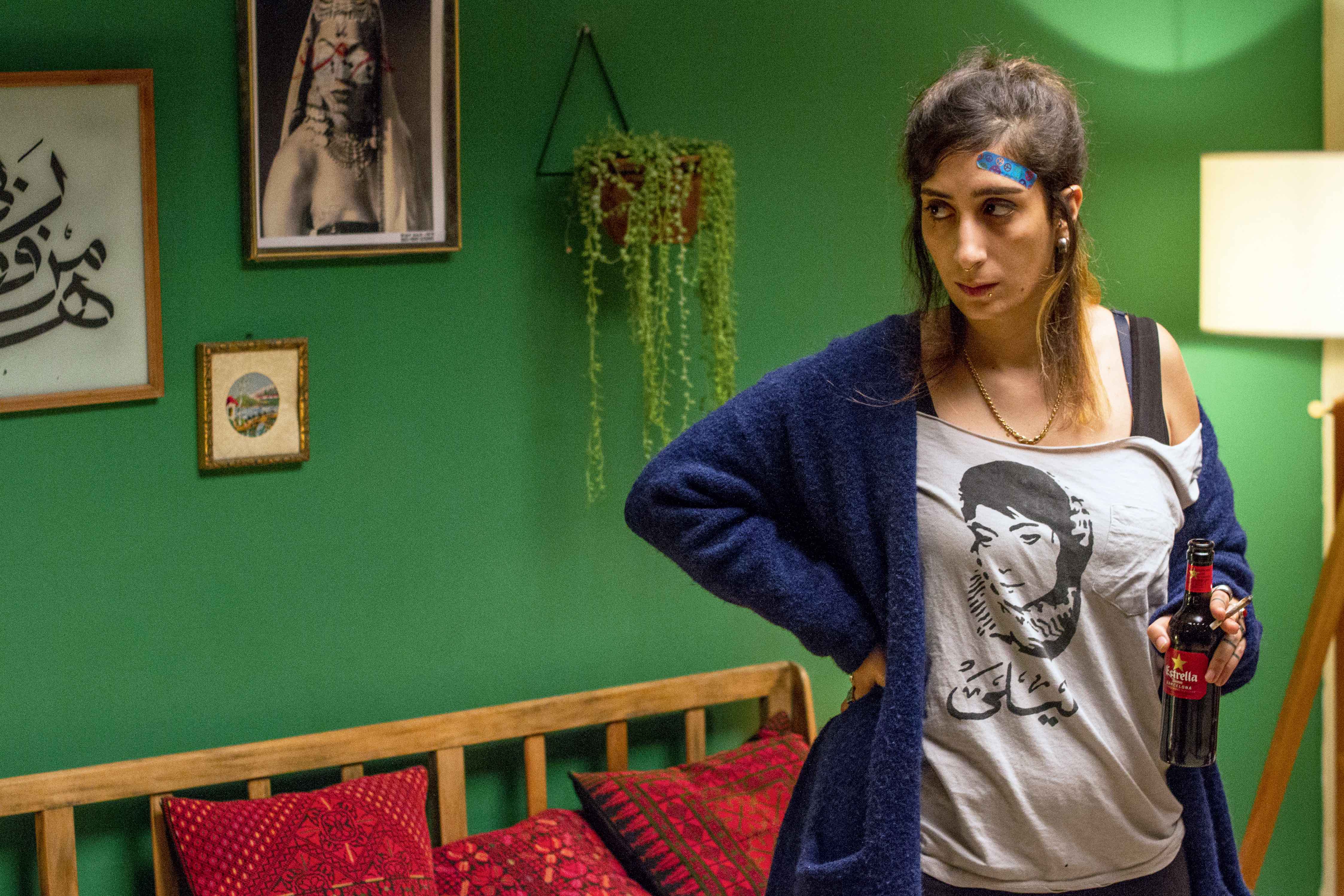 Hamoud admits that, as well as the fatwa, she’s also received death threats, with many Palestinians furious about the film’s free-spirited protagonists. The movie has even sent shockwaves through Israel, she claims, with many Jewish citizens surprised by the character’s accessibility and open-mindedness. “You can feel the shock that Israelis got from the movie,” she adds. “It’s breaking all the stereotypes that they have about us.”

Despite the storm of controversy surrounding the film, however, Hamoud shows no signs of stopping. The director is currently working on a TV series (a dark, criminal comedy in the vein of Ozark and Breaking Bad), and she also intends to make two more sequels to In Between.

“We are in very crucial time,” she says, when asked about her motivation. “Israel has a very fascistic and racist government, and Palestinian’s have suffered a lot.”

“We don’t have the privilege to sit and do nothing because we have a lot of very scary and serious things going on around us.”

Linkedin
RELATED ARTICLES
OTHER ARTICLES
Jeffrey Henson Scales intimate portraits and protest images of the BPP and its leaders offer a rare insight into organisation at a time of societal upheaval.
After building his reputation covering the US civil rights movement in the 1960s, the photographer went on to produce some of the most enduring images of the past century.
After fleeing the war in Ukraine, people are finding it impossible to secure affordable and decent housing in the UK.
The pro skateboarder withdrew from the 2020 Olympic Games so he could come out as trans. Now, he’s hoping to encourage others to live as their authentic selves – within the sport and beyond.
After blocking the Scottish government’s gender recognition reform bill, Westminster is now devising further changes to the law to make it harder for trans people to self-identify.
David 'Dee' Delgado’s photo project is about honouring and uplifting the city of his youth, and a world rapidly disappearing under the relentless onslaught of gentrification.