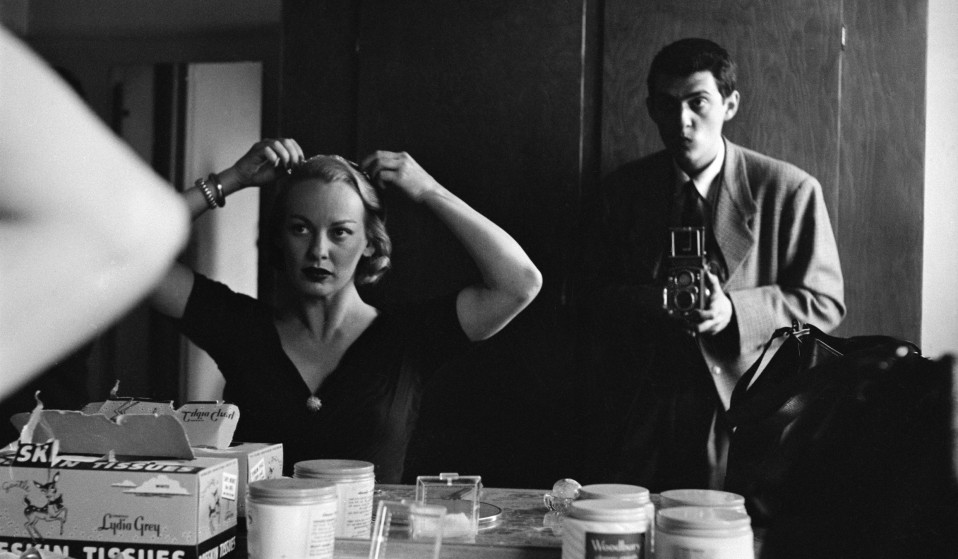 A new book and exhibition, Through a Different Lens, celebrates the legendary filmmaker’s forgotten early beginnings as a photographer, bringing together rarely seen imagery from film sets, boxing rings and the streets of New York.

A new book and exhibition, Through a Different Lens, celebrates the legendary filmmaker’s forgotten early beginnings as a photographer, bringing together rarely seen imagery from film sets, boxing rings and the streets of New York.

Stanley Kubrick was just 17 years old when he became a staff photographer for Look, one of the biggest large format photo magazines of the ’40s. The Bronx native was a natural behind the camera, capturing scenes of everyday life that perfectly prefigured the intense sensibilities that would come to define his films.

In the era when Weegee ruled the New York photo scene, Kubrick began to carve out a space for himself, shooting the common man and woman as they went about the business of modern life in the years immediately following World War II. Although the scenes could be pedestrian, his photographs were anything but – as Kubrick skillfully crafted a palpable sense of intensity, drama, and tension that made every picture vibrate with life.

Rarely seen photographs from Kubrick’s work for Look at the subject of Through a Different Lens, a new exhibition at the Museum of the City of New York and book published by Taschen. Here, we travel with Kubrick over a period of five years, as he traverses the streets of New York, bringing us onto the movie set, under the big top, into the boxing ring, and backstage on Broadway to get a look at extraordinary lives as they unfolded. 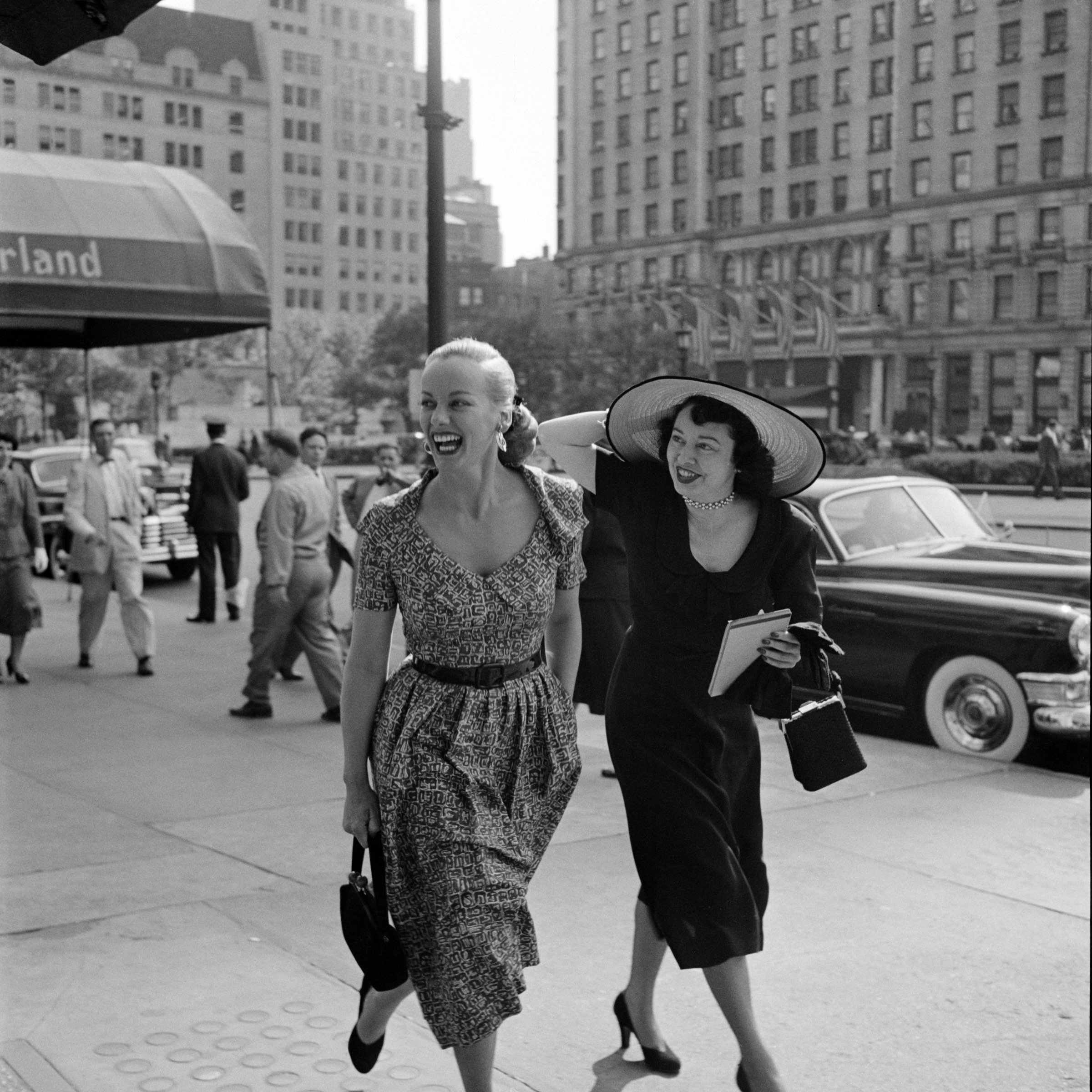 Stanley Kubrick, From “Faye Emerson: Young Lady in a Hurry,” 1950. Courtesy of the Museum of the City of New York / SK Film Archive, LLC

During an era before television became the mainstay, magazines like Look, Life, and National Geographic were the primary source of visual information and entertainment for the masses.

“The magazines had big budgets and it was a good paying gig for someone Kubrick’s age,” Reuel Golden, the book’s editor, explains. “The photographers were also given a certain amount of creative freedom to find their own path creatively and aesthetically. Look had a very collegiate atmosphere and it was a very good place to learn how to collaborate, to learn about photography, and to learn how to look – to use a pun.”

Taken in retrospect, the photographs offer a prelude to the sensibilities of the filmmaker Kubrick would become. In fact, his 1949 story “Prizefighter” about boxer Walter Cartier became the point of departure for his first film, a 16-minute feature that premiered in 1951 and distributed worldwide. His work for Look helped the budding filmmaker understand how to allow a story to unfold visually, driven by character, plot, and anticipation through emotion and gesture, light and shadow, composition and framing. 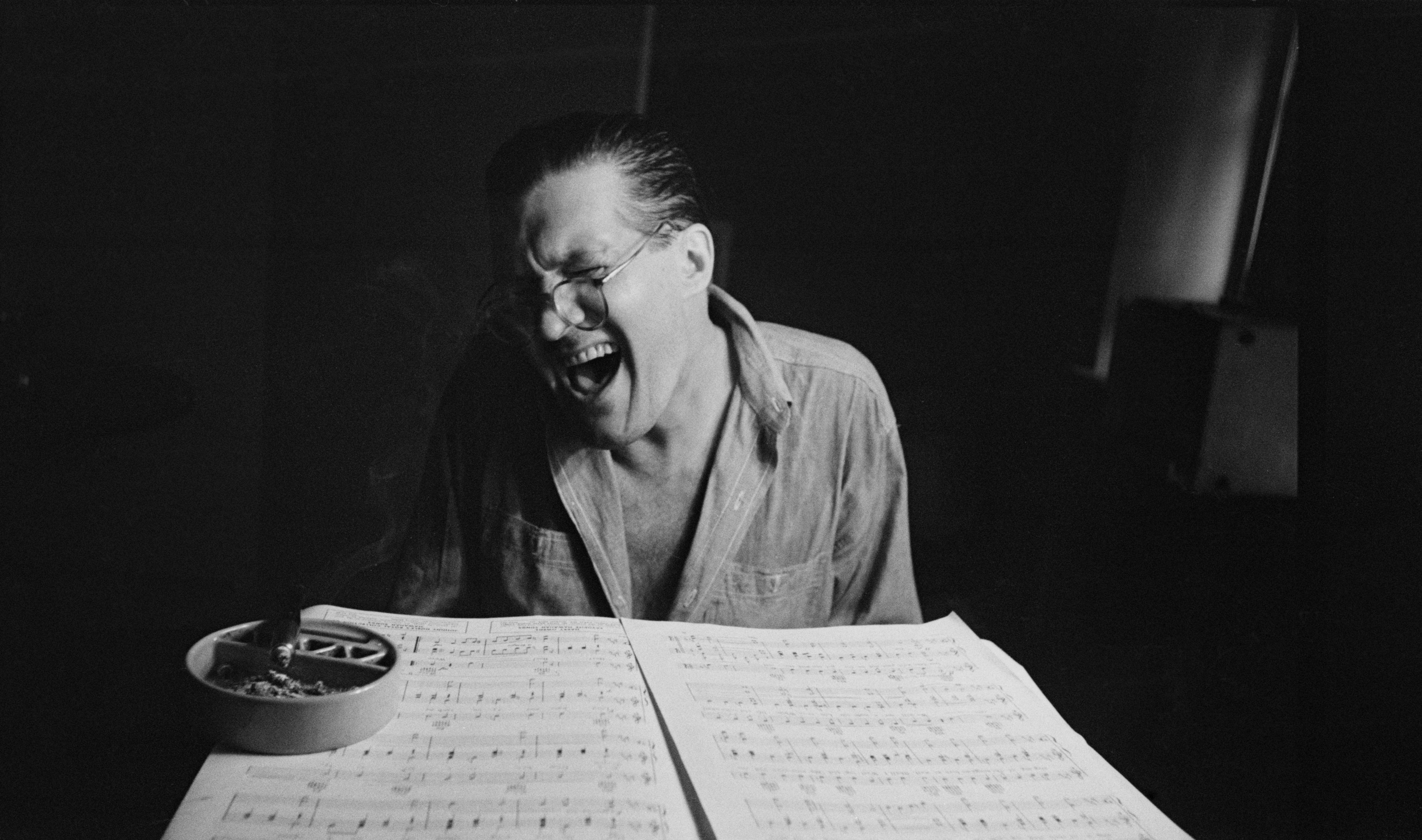 “Kubrick was in charge and almost directing the proceedings,” Golden says. “In these photographs, there is a sense that he is always in the frame. There’s a story where he is a following a day in the life one of the starlets and there is a sense that often the action is unseen but it is alluded to in his pictures, much like in The Shining, where a lot of what is going on in the viewer’s imagination.”

“I think that’s why is Kubrick is a brilliant film director: what he shows is very powerful but often what is going beyond that is something extraordinary that takes the viewer into another dimension. There are instances where you see the power that he has over the viewer, whether it is the still photograph or the movie.”

Kubrick’s photographs also show his intuitive ability to capture the moment when a person’s outer appearance and their inner being intersect to reveal the curious tension between illusion, reality and representation. Whether photographing kids hanging out on the street, young couples of a date, or adults lost in a moment of personal truth, Kubrick’s striking use film noir aesthetics finds its way into the work, adding an air of spectacle and mystery to the familiar scene as it is unfolding. The longer you look at these images, the more you can feel them come alive, as though there are scenes from a lost Kubrick film that you remember seeing once, years ago, very late at night. 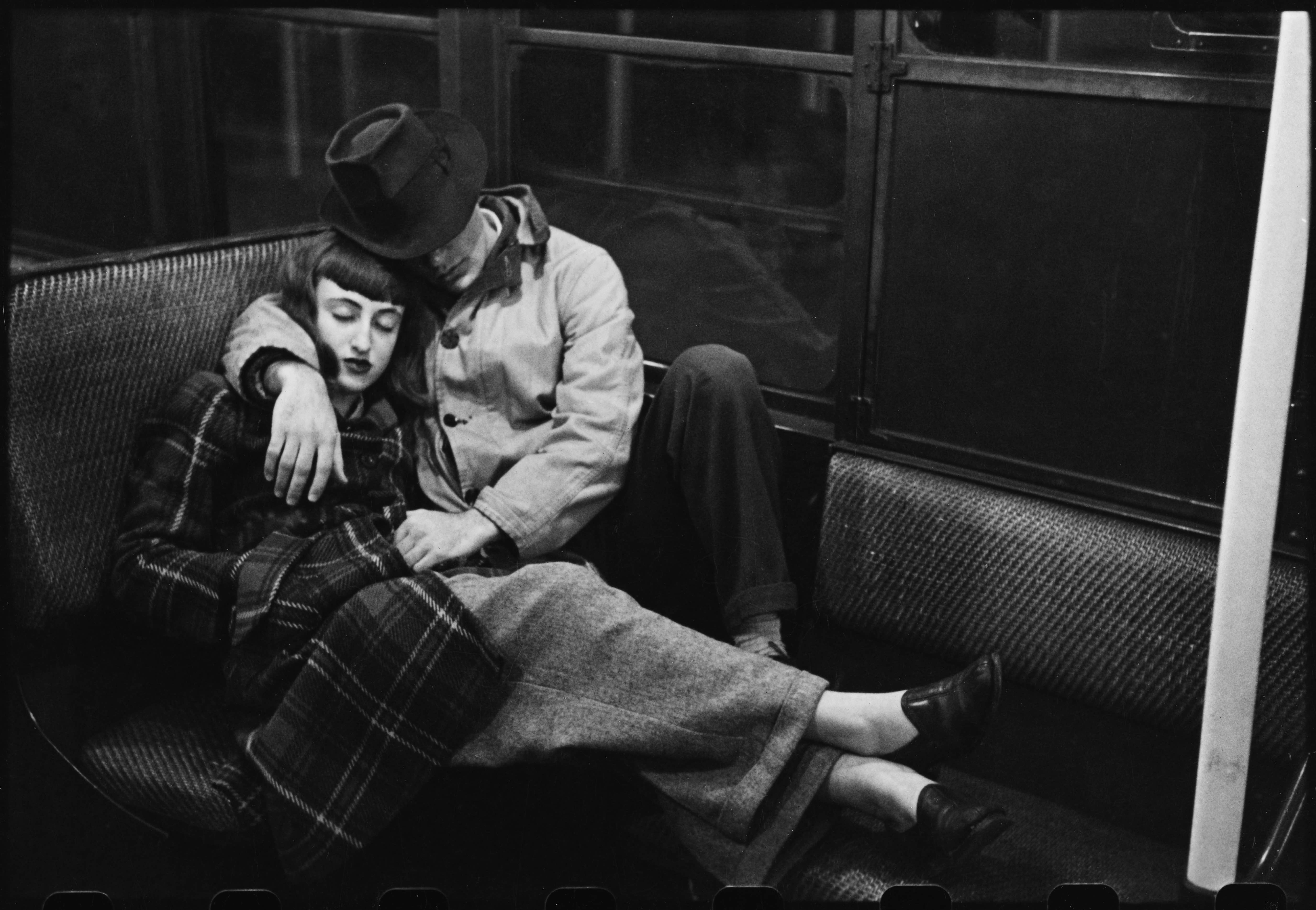 Stanley Kubrick, from “Life and Love on the New York City Subway”, 1947 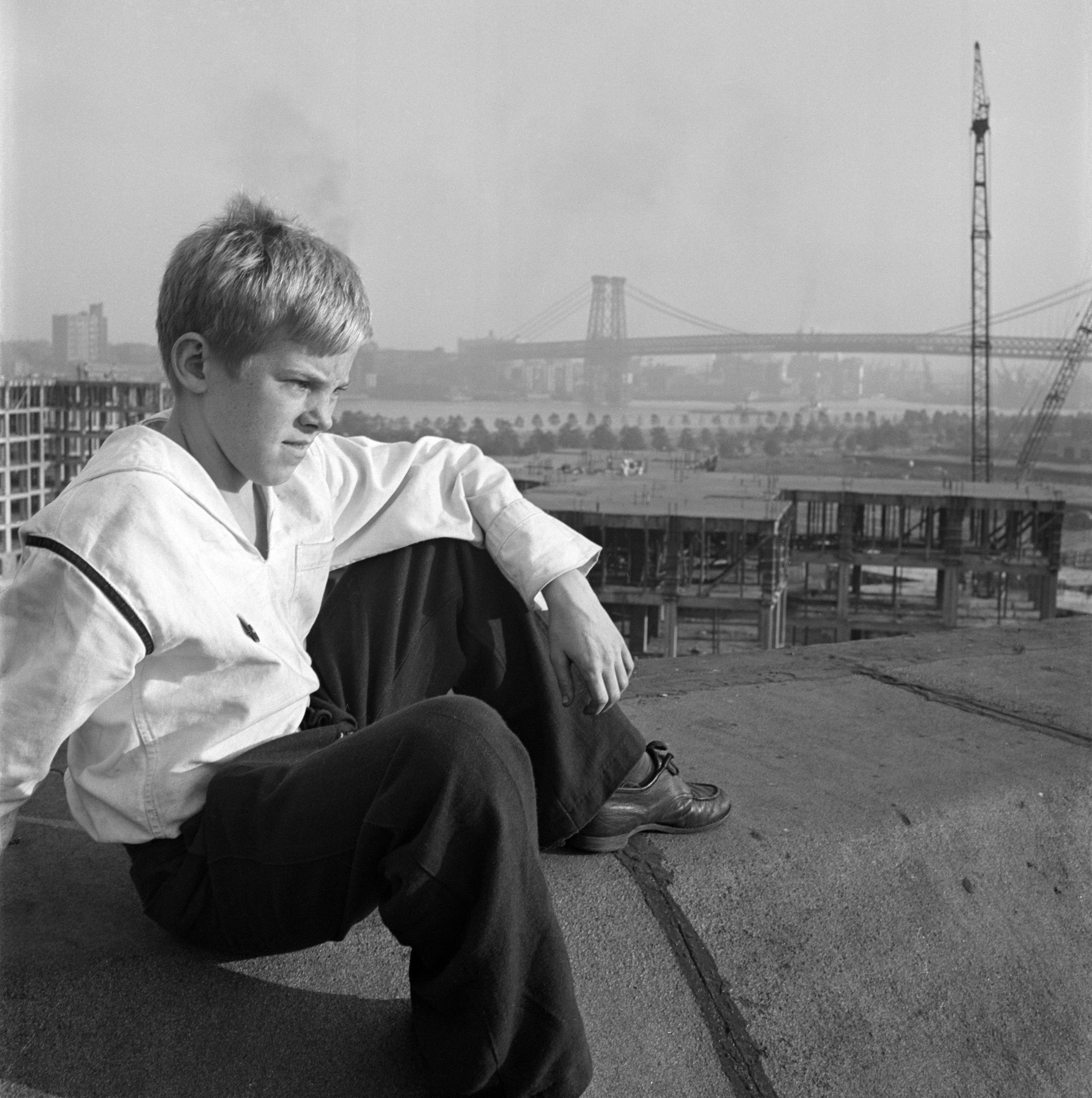 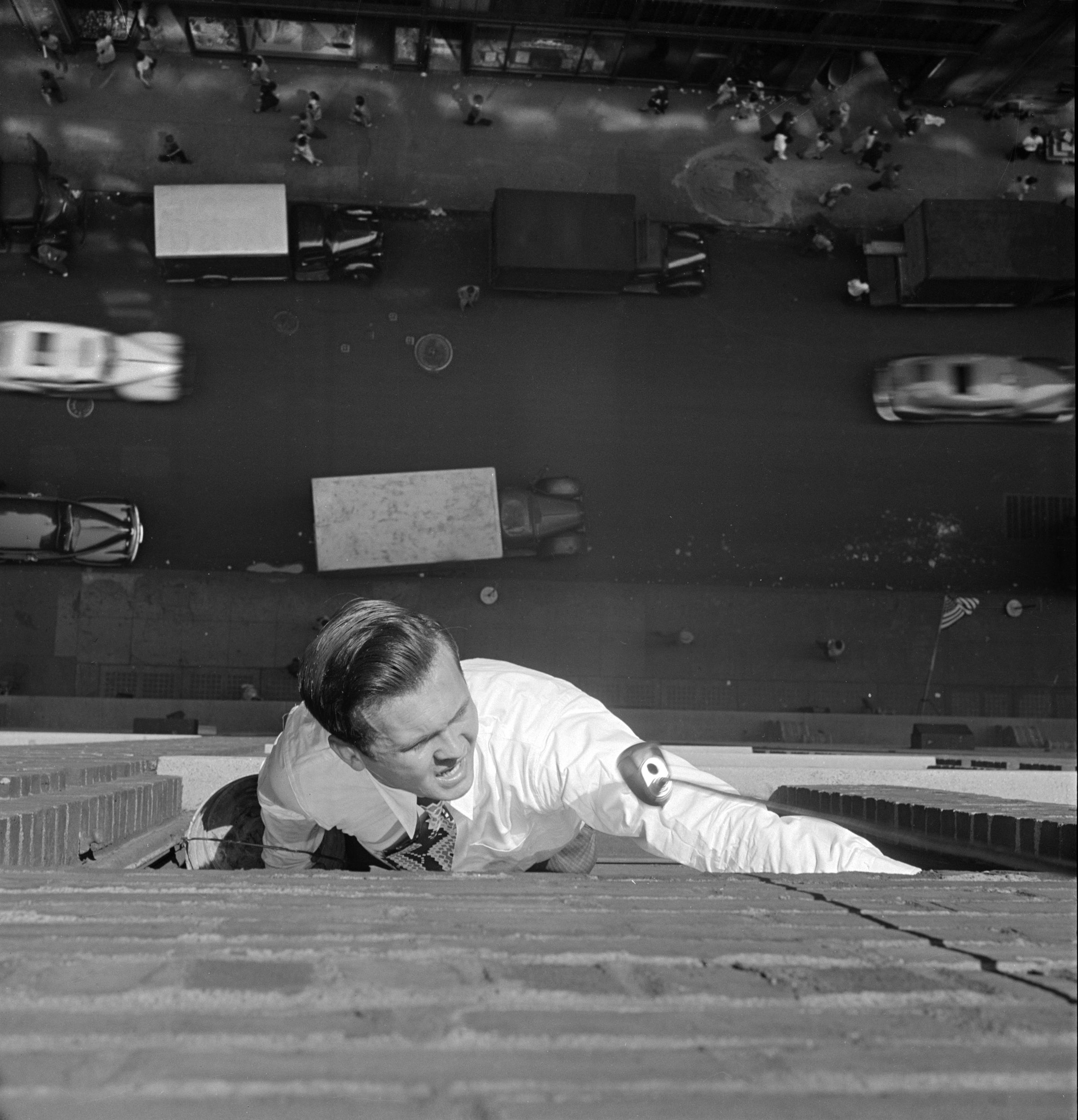 Stanley Kubrick, From “Johnny on the Spot: His Recorded Adventures Mirror the New York Scene,” 1946. © SK Film Archives, LLC/Museum of the City of New York 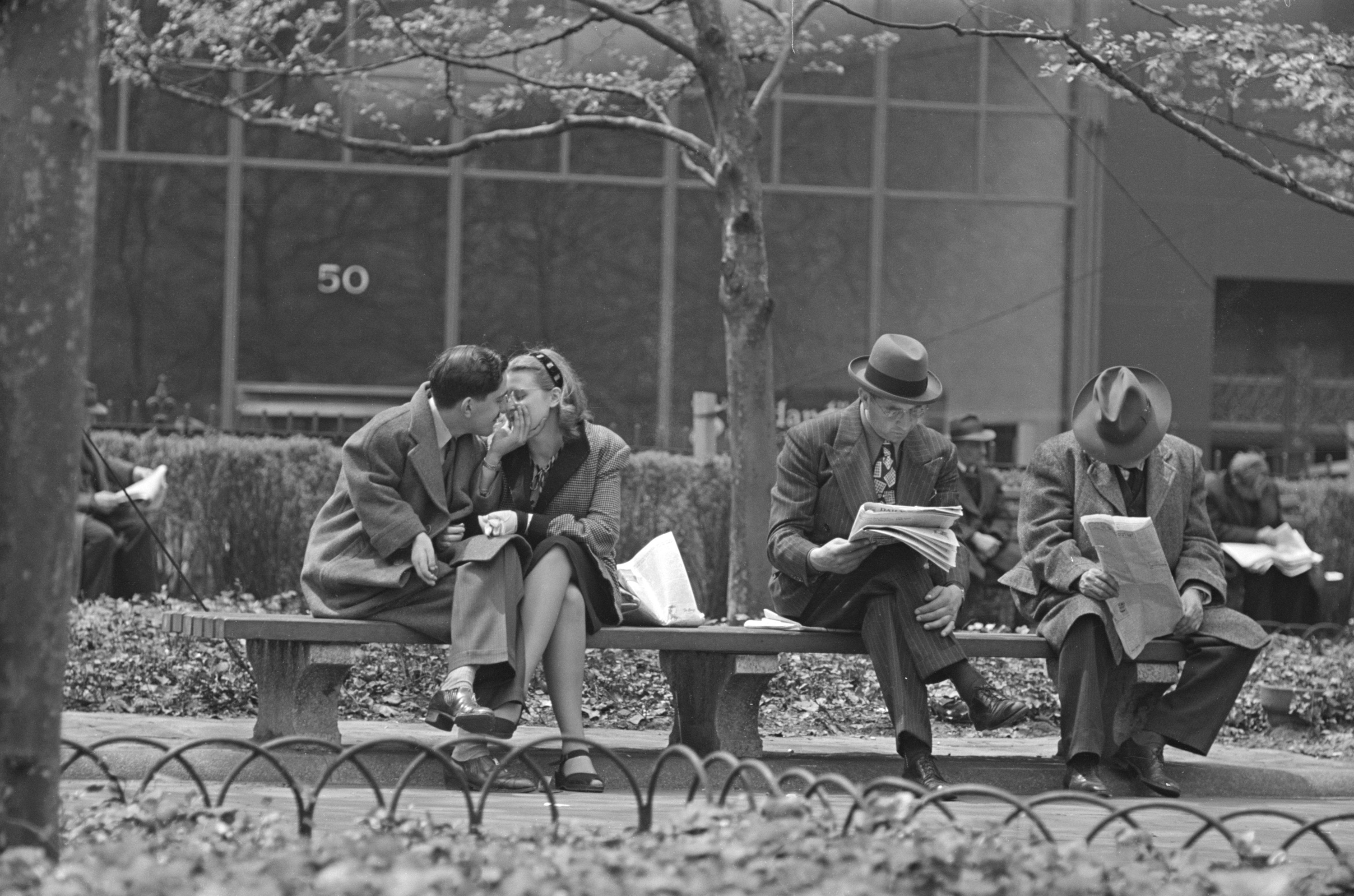 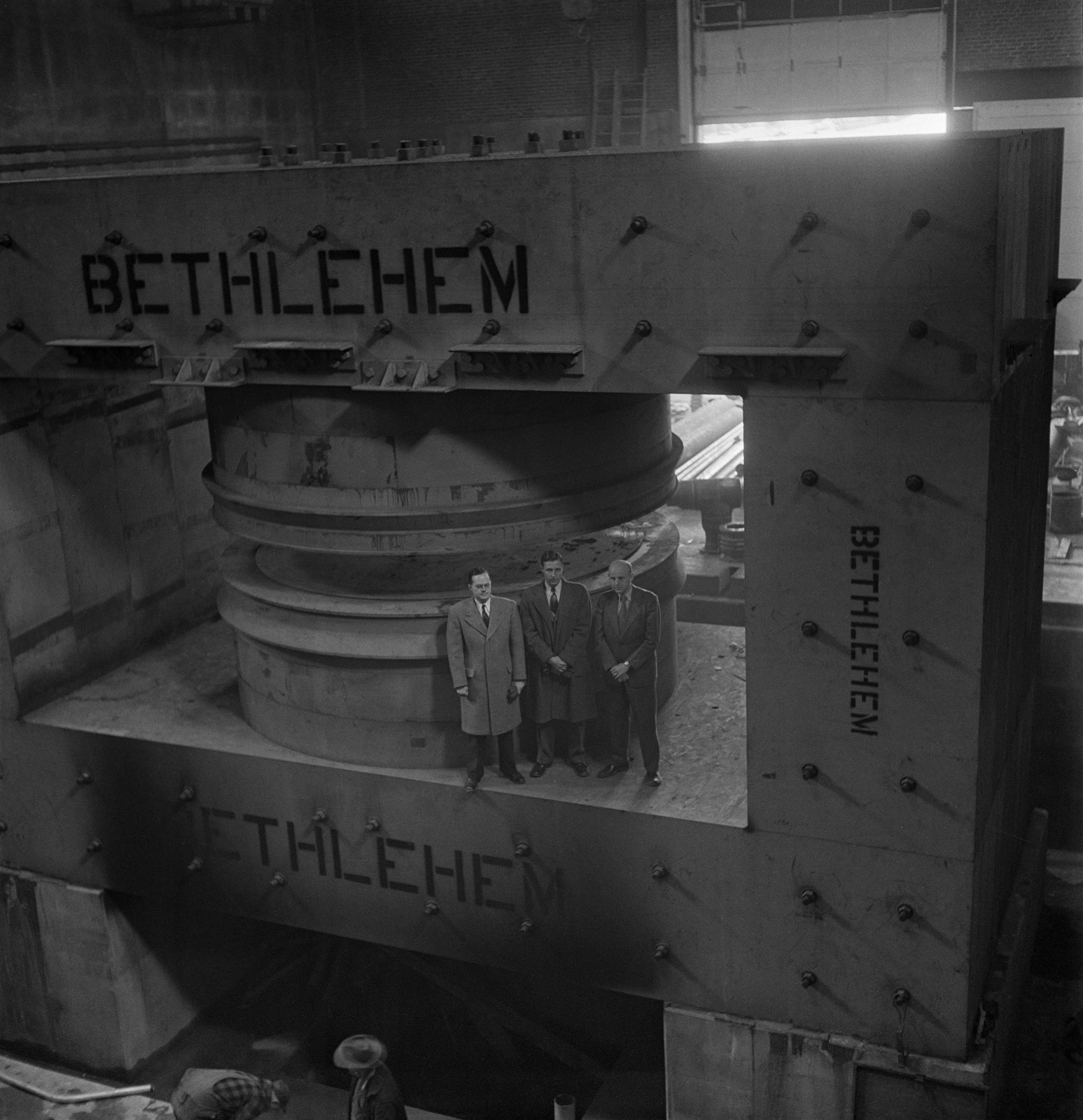 Stanley Kubrick, From “Columbia University,” 1948. Courtesy of the Museum of the City of New York / SK Film Archive, LLC 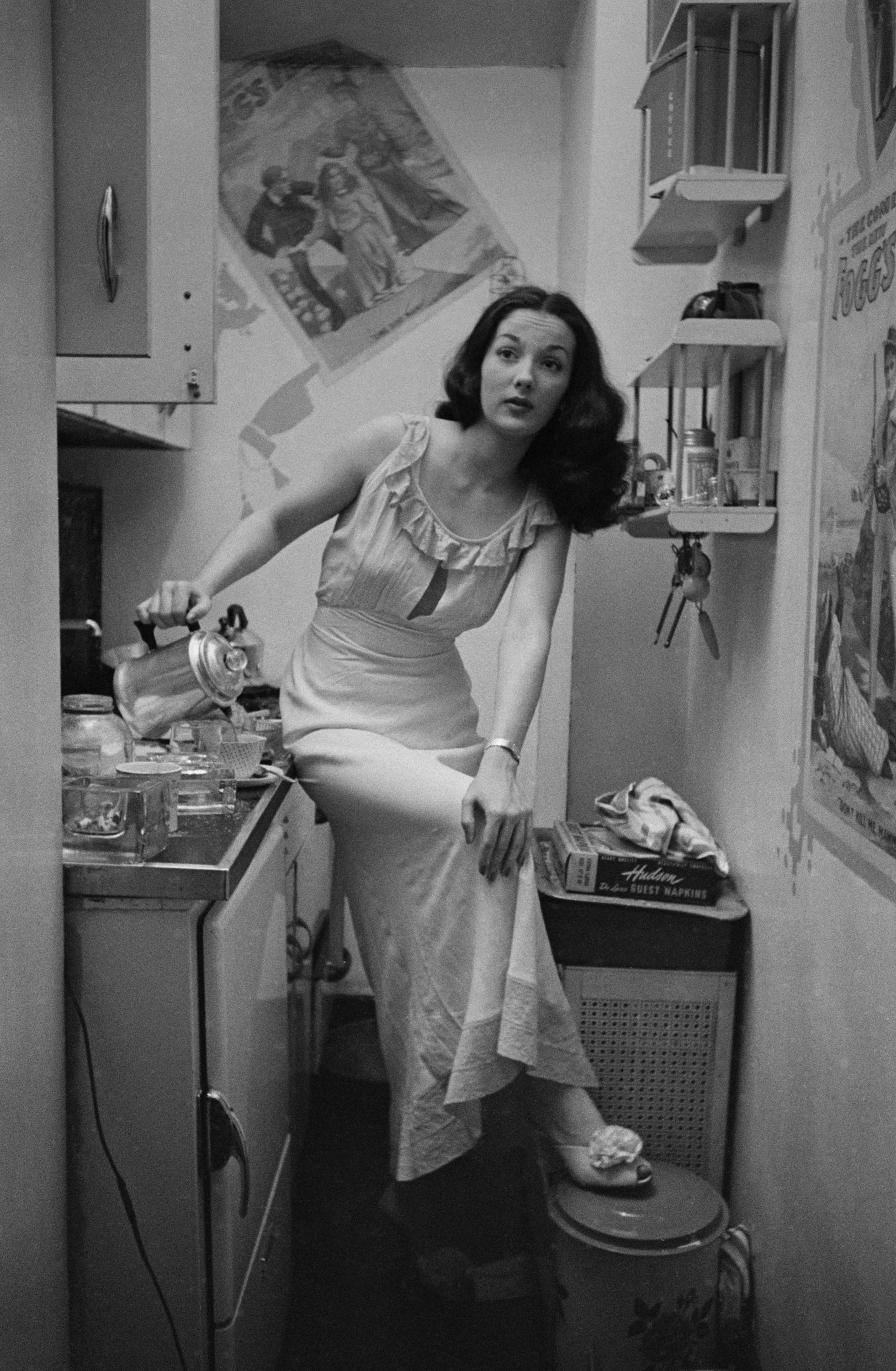 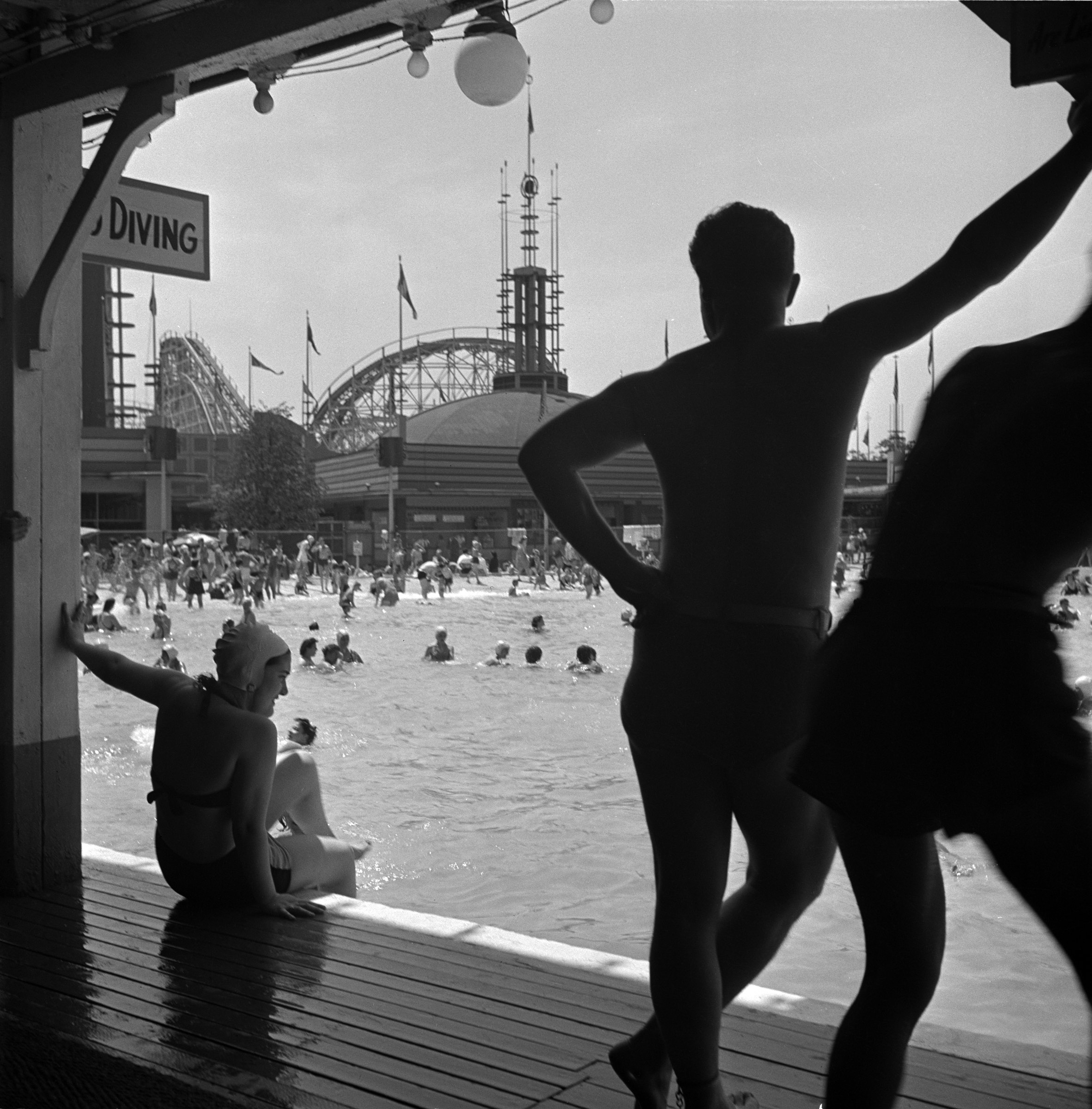 Stanley Kubrick, From “Fun at an Amusement Park: Look Visits Palisades Park,” 1947. Courtesy of the Museum of the City of New York / SK Film Archive, LLC 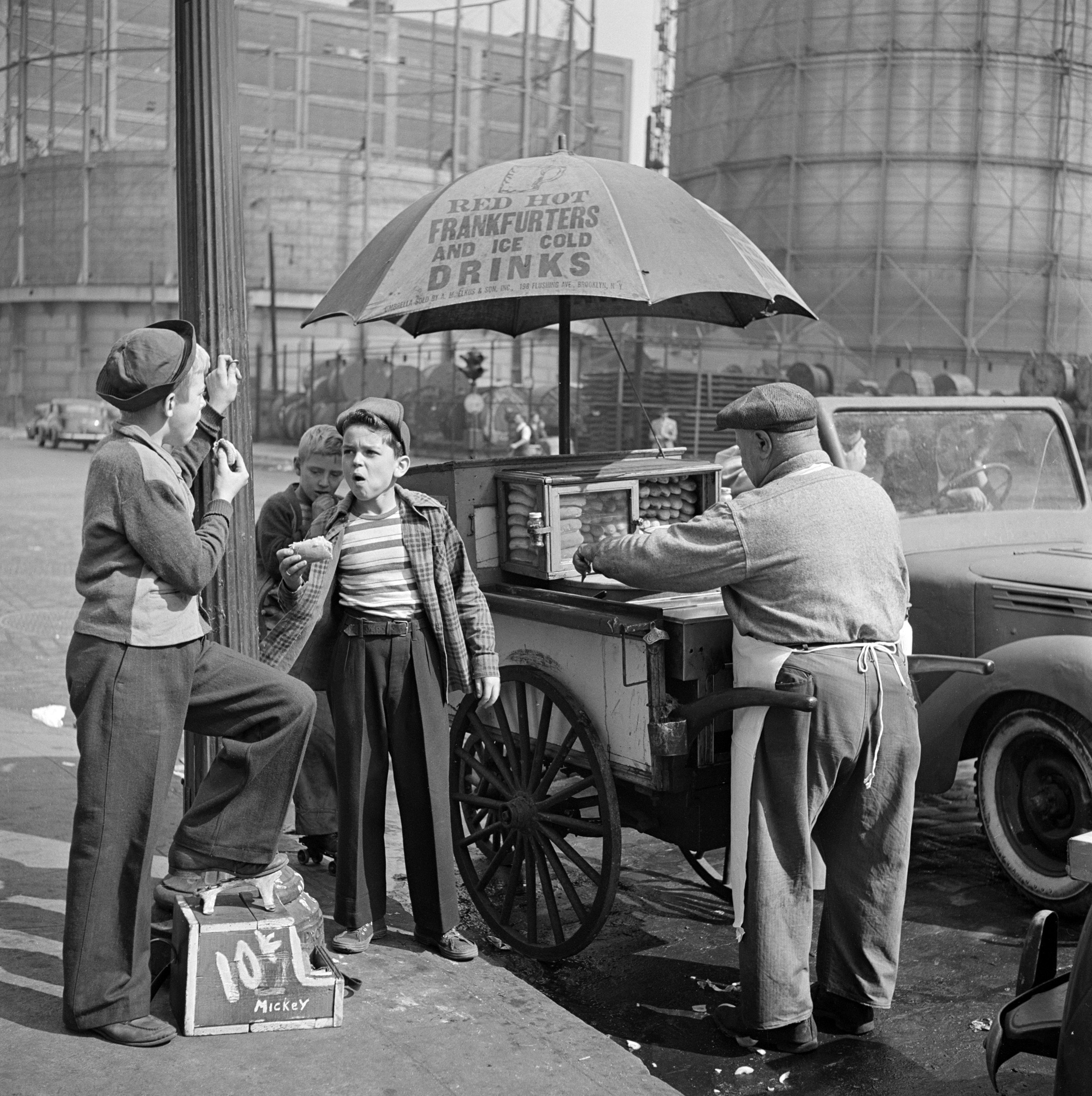 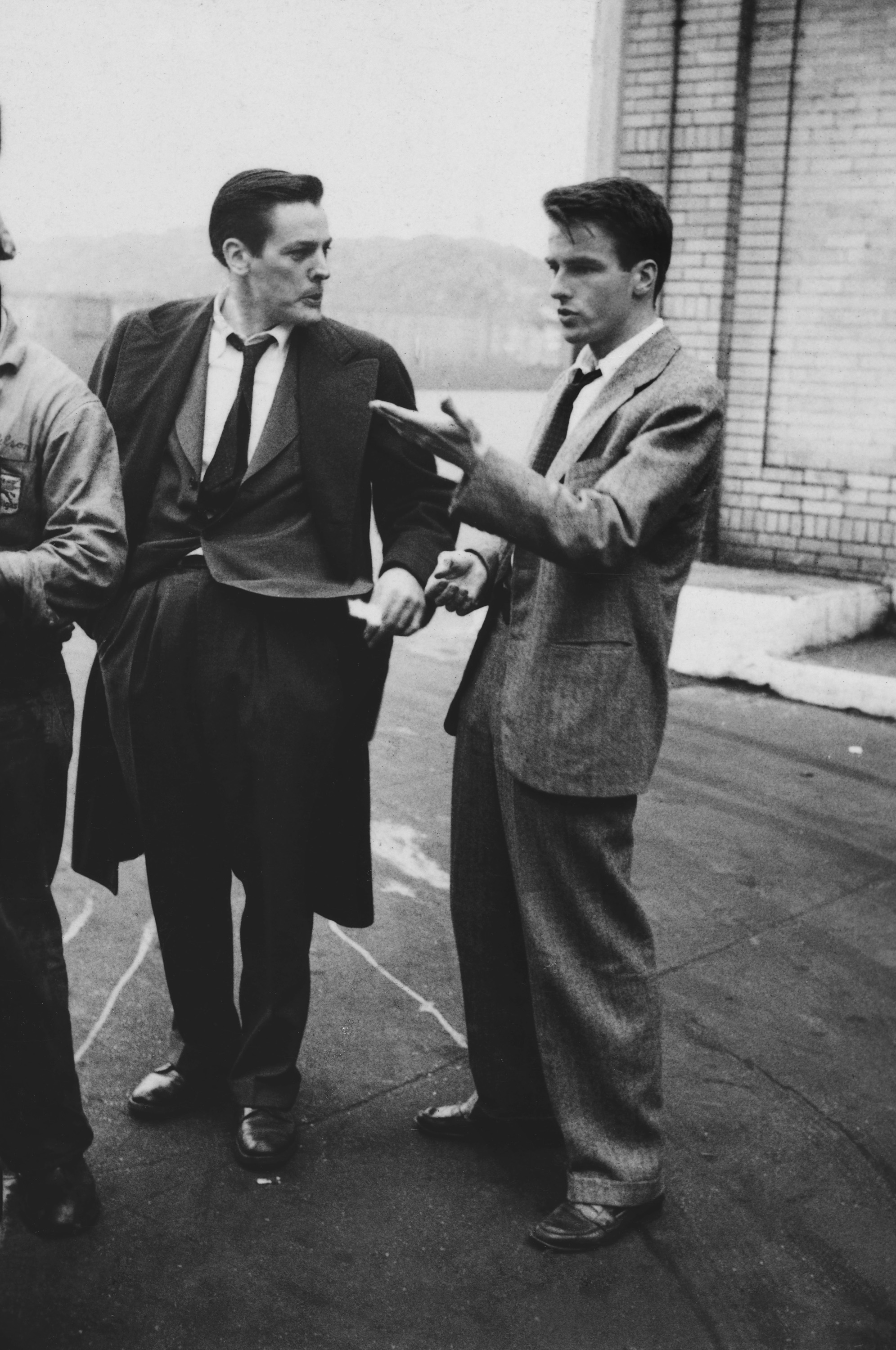 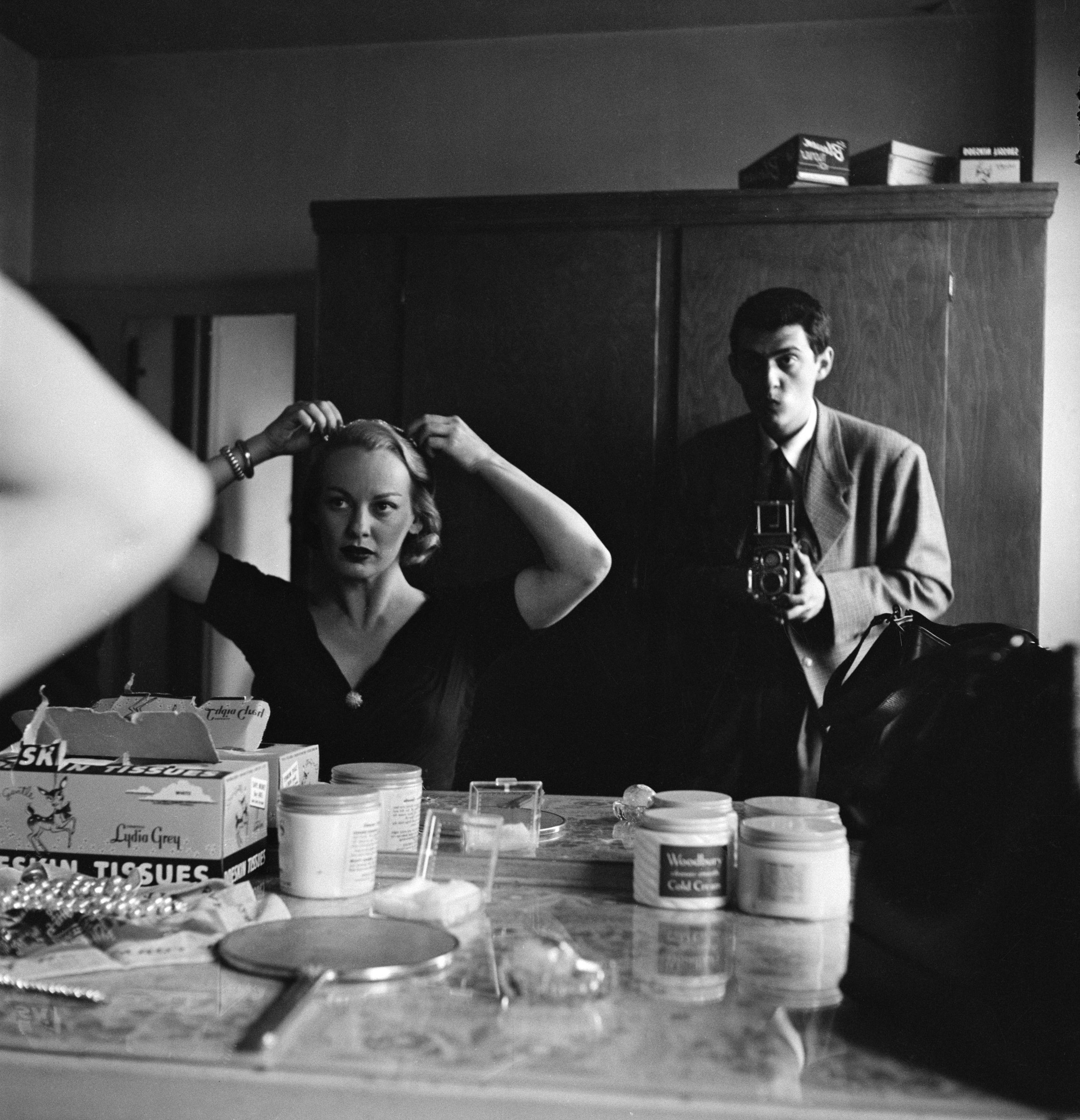 Through a Different Lens: Stanley Kubrick Photographs is on view at the Museum of the City of New York through October 28, 2018.

Linkedin
RELATED ARTICLES
OTHER ARTICLES
A 37-year-old woman shares how her abortion led her to become a clinic worker, and the abuse she’s received in that role.
Yesterday thousands gathered outside Buckingham Palace after news of the Queen’s death broke.
A group of young Palestinians have found temporary freedom in the act of parkour, reimagining wreckage and ruins as a series of high-octane playgrounds.
Cindy Campbell recounts how her brother ushered in a new era of musical culture at a party she held in the Bronx in ‘70s.
Thousands attended the annual event this year to wheelie through the city and call for ‘knives down, bikes up’.
Financial turmoil is pushing people who work in the sex industry into more dangerous and desperate situations as a means of survival.