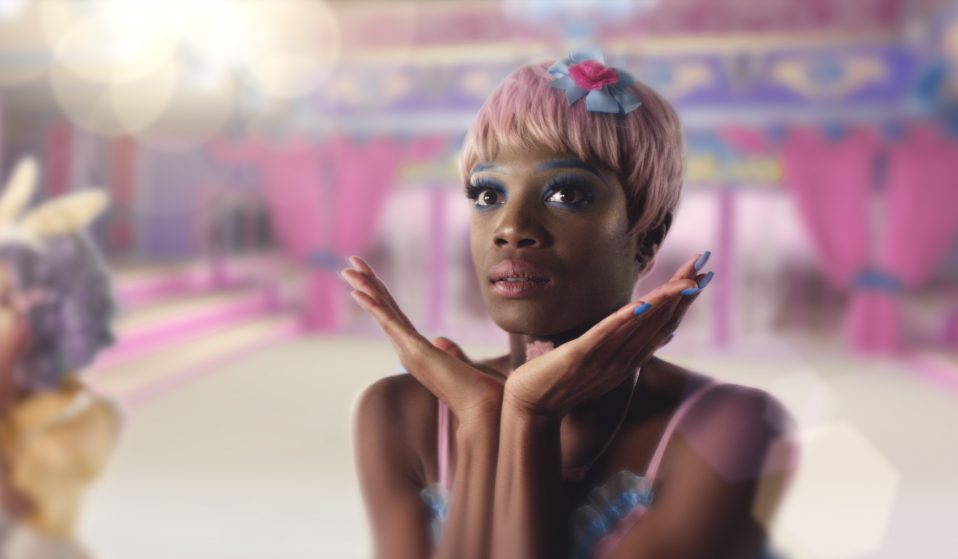 Following its premiere at London Film Festival 2018, we speak to Scottish artist Rachel Maclean about Make Me Up, her darkly comic new satire that explores the pressures faced by women today.

Following its premiere at London Film Festival 2018, we speak to Scottish artist Rachel Maclean about Make Me Up, her darkly comic new satire that explores the pressures faced by women today.

In Make Me Up, Maclean’s first feature length film, we are thrown into a dystopian Barbie dream house where young women, given AI names like Siri and Alexa, are forced to compete against each other in performative femme rituals. Meanwhile, they’re surveyed by floating 1984 eyeballs and a matriarch with the voice of a patriarch – Kenneth Clarke presenting his sixties BBC show Civilisation.

The world of Make Me Up is what I imagine the inside of Instagram to look like. It’s a disturbing, over-the-top, and darkly satirical – with an aesthetic that is as much influenced by the chiaroscuro of a Baroque painting as the flat sheen of an emoji. It’s also Maclean’s most accessible (and soon to be her most successful) film with screenings taking place across the UK alongside a BBC Four nationwide broadcast in November.

On a train, somewhere between Edinburgh and London, Maclean speaks to Huck about deliberately creating a feminine aesthetic, the cost of working outside the male canon, and why the end of Western civilisation might be a liberation rather than an apocalypse.

Where did the idea of Make Me Up come from?
The film came to me as a brief from Hopscotch and NVA, the production companies. I was asked to make a film about civilisation for BBC Four that used St Peter’s Seminary outside Glasgow as a location. So, it was a fun, eccentric brief which I liked.

Partly it was a challenge thinking of how these things would fit together, so I went back and watched Kenneth Clarke’s Civilisation. A lot of my past work has used found audio, so I thought it would be interesting to work with Clarke’s voice because it signifies a very specific kind of male power.

Did the political and cultural zeitgeist of the year have an impact on Make Me Up?
I had almost finished writing the script when the allegations against Harvey Weinstein came out. Some of the voices of people who were commenting on the allegations at the time are in the film but it wasn’t directly inspired by it. I had written most of it by the time the #MeToo movement was in full swing.

But it’s been amazing for me to make a film in a year when so much has changed. I think this year has been a serious reckoning to the idea that gender equality is over and in the past. I’m excited to see what discussions come out of showing the film publicly. 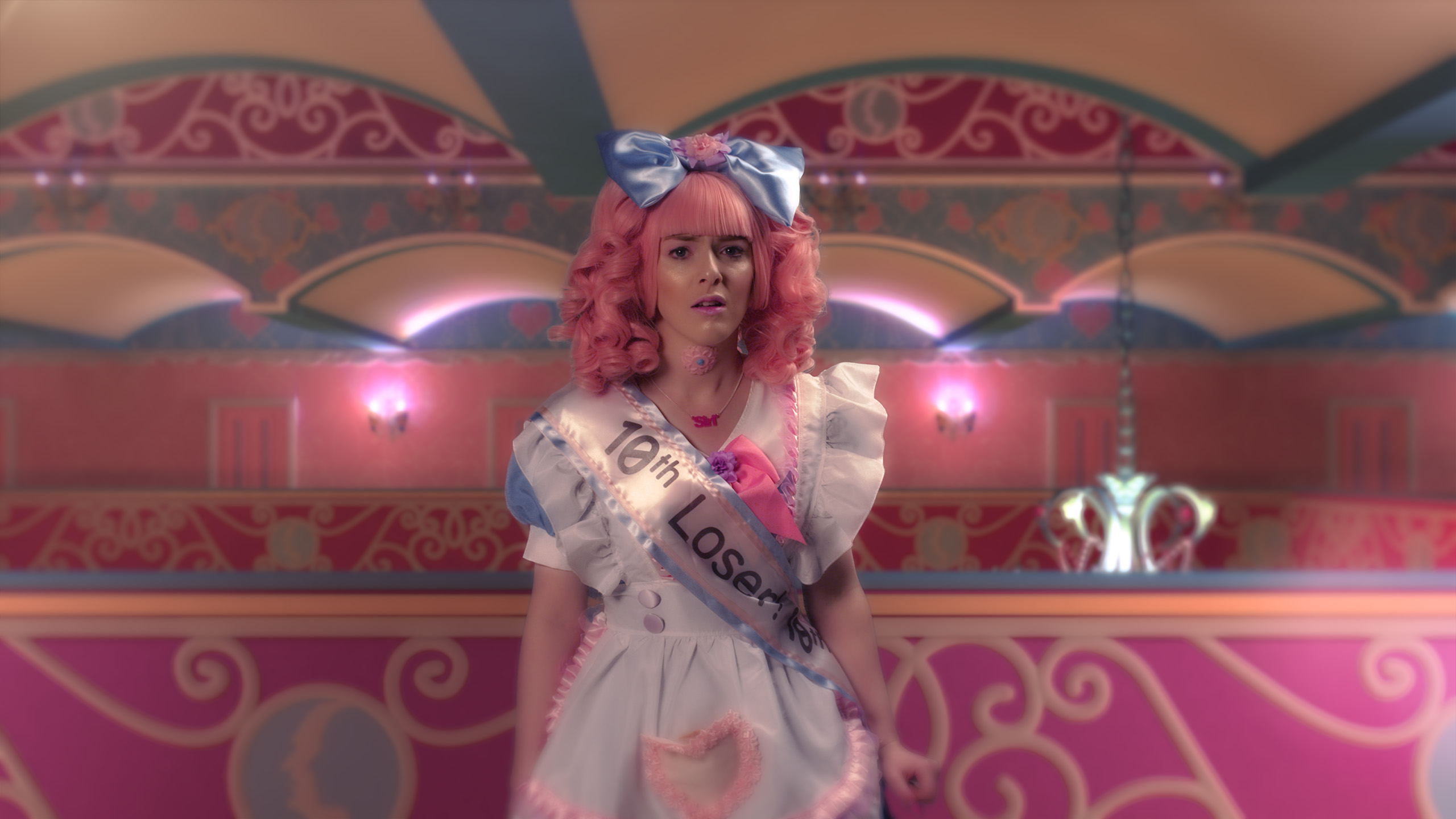 Like you say, femininity is often associated with artifice in quite a sexist way. I like how you have a nuanced approach to that association.
I suppose it’s the challenge of being a female filmmaker and artist. When I was at school, I had a really limited understanding of feminism. It was the Suffragettes and the idea that if you’ve got the vote, you’re sorted. It took me going to art college to learn about image-making and to learn how to read images. Suddenly, the veil dropped and I was able to see the way women are represented and advertised to and the implicit violence in that.

Being a filmmaker, there’s an extent to which images are associated with the male gaze and images of women are designed for the male gaze. It’s the challenge of how you take visual medium and a language like film that’s so defined by that gaze and do something with it that feels liberated from it. And it’s how you deal with that in a complex way that doesn’t just assume that the aesthetics of power have to look masculine. You don’t necessarily have to make art like a man for it to be powerful.

The title Make Me Up suggests something performative – that make-up is a mask and gender is a construction. Was the performative nature of gender something you wanted to break down?
I’ve always been interested in that idea and the idea of identity being a construction. I think parts of our culture is embracing that more, like with drag. Drag plays with the idea that while you’re severely embodying a character, you’re also taking the piss with mainstream heterosexual dominant cultures. Understanding that identity can be altered can be really fun and really liberating.

So much of how you make yourself up as a woman is associated with beauty and beauty is always defined as something you can’t attain, especially now when you can only attain it after airbrushing and Photoshop. There’s a sense that you always fall short of that thing you’re trying to achieve. But if you try to achieve something else, like something grotesque, that’s really quite possible. I think there’s something satisfying in the sense that you’re dressing up but you’re not really dressing up. To me, dressing up for some purpose other than beauty – there’s something really fun in that.

As an artist, how do you find working within a tradition that is historically masculine? Do you work against it, within it, or take those ideas and run with it?
I think you take those ideas and run with it. It’s a tricky thing because as a woman you learn about art history and the canon which is very much the Kenneth Clarke canon where men make the art and women are the objects in the art.

I guess it comes down to Kenneth Clarke’s central idea that it’s better to be civilised than barbarous. I mean, he would say that because he benefits from his definition of civilisation. If you don’t benefit from a male dominated idea of civilisation, then maybe the destruction of civilisation will be a liberation rather than an apocalypse. 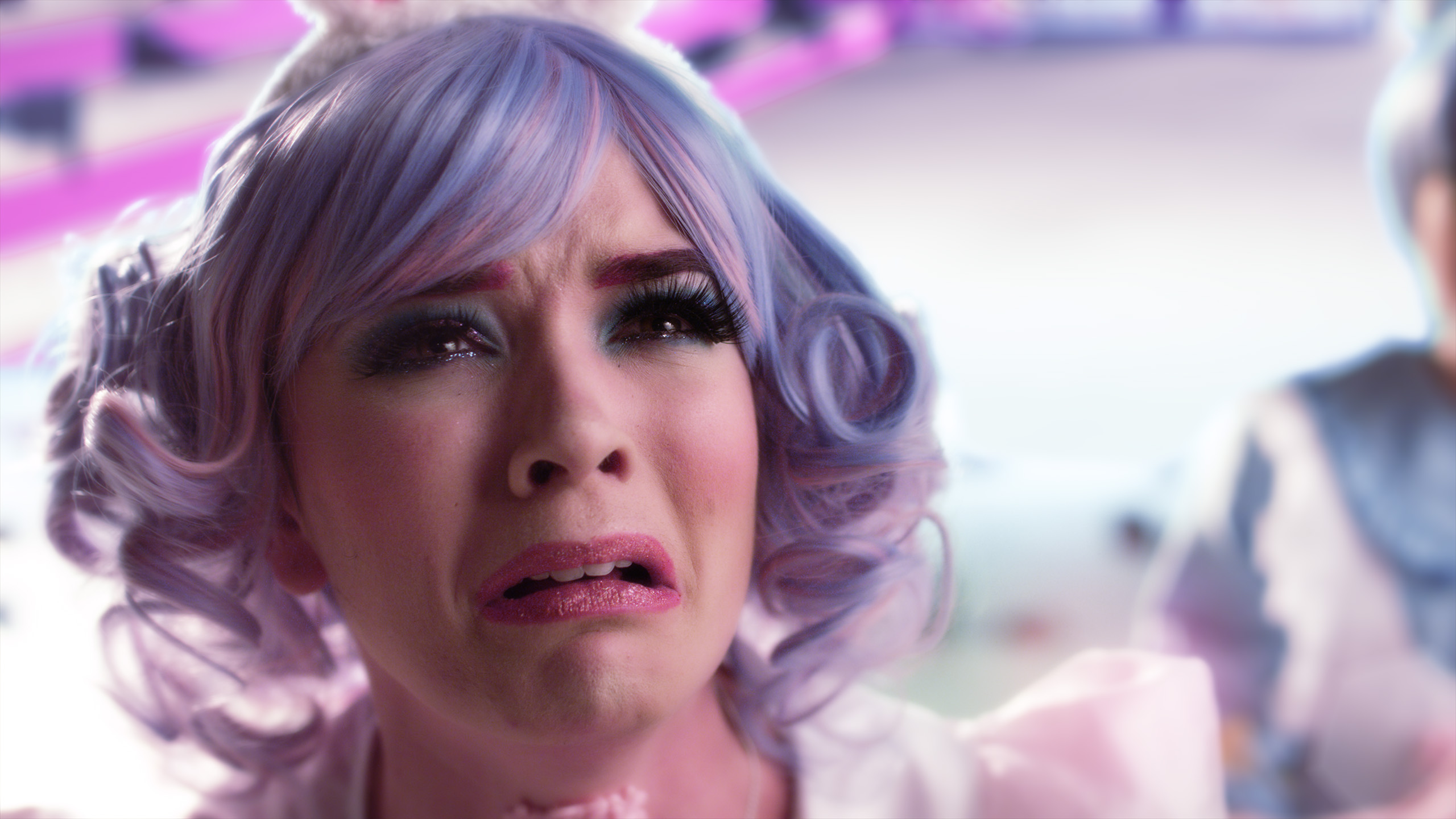 Why is using comedy in art important to you?
I studied in Edinburgh so I saw a lot of alternative comedy at the Fringe Festival. I guess what humour can do is talk about serious and difficult things and still make you laugh. I also think laughter is a really complex thing. We associate it with happiness but when you laugh, you’re always laughing at somebody else’s expense and, no matter what, there’s always a victim of laughter. There’s a power dynamic there.

I think that’s why comedy and satire is such a powerful thing, the way it can take on powerful people and undermine them through humour. I don’t make work to point and laugh, but there’s always a tone in my work that’s absurd and ridiculous and not entirely serious.

Make Me Up was commissioned as part of Represent, in response to it being one hundred years since some women got the vote. How is the film a response to the centenary?
The first time I engaged with women’s rights was in school and learning about the Suffragettes. Personally, it was the starting point for me understanding feminism. It’s amazing to reflect on the last one hundred years in the UK – how on some levels we’ve come so far and others nothing has changed.

In the film, Mary Richardson is referenced and her voice is used from when she slashed the Rokeby Venus in the Nation Gallery. I thought it was a visually powerful thing because it’s vandalising an image that depicts an almost pornographic image of a reclining nude. It’s an image that defines the male gaze.

Do you think art is inherently political?
I hope so! I hope that art helps me change my perspective of the world. That might be highly specific or just lightly shifting your conventional understanding of reality. I think that art should be political. I think that’s what it’s there for. In a world where so much is becoming privatised and the images we see are selling you something, art is constant in that its images aren’t there to sell you things. It’s there to complicate and to create a discussion. 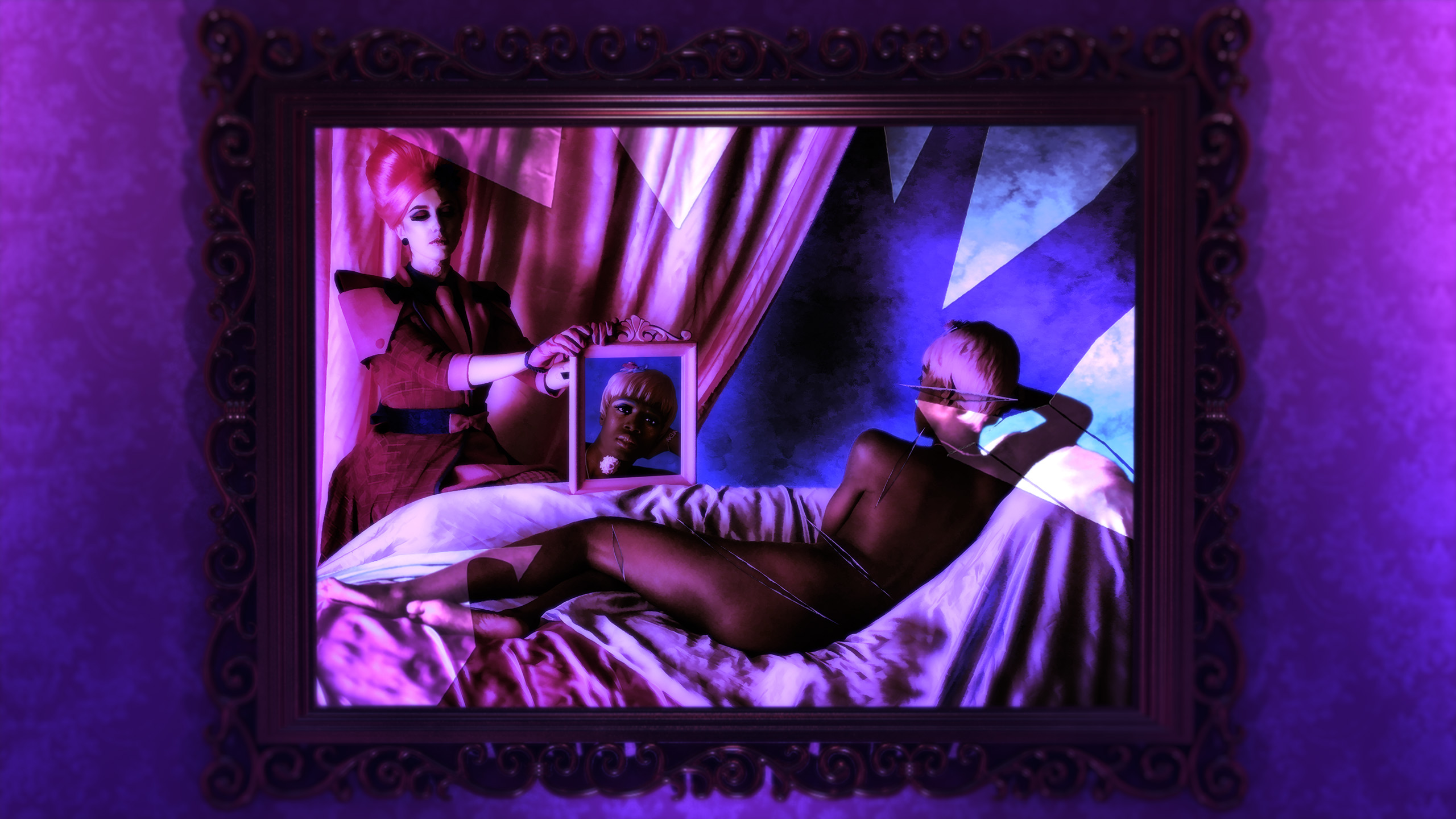 Make Me Up is showing in cinemas and art centres throughout autumn 2018.

Linkedin
RELATED ARTICLES
OTHER ARTICLES
Students are being left to languish in unsafe housing, in some cases leading to serious health complications.
A series of photos by the late Jerry Dantzic taken in 1957 show a tender side to the iconic Jazz musician.
After rewriting the indie rulebook with her devastating songs about romantic longing, the singer-songwriter is now imagining a future in which the artist is no longer a product.
Last week, Tower Hamlets council removed its nudity-restricting licensing conditions in a huge win for London’s kink community.
From the chip shops, to the bingo parlors and burlesque dancers, photographer Mike Coles remembers capturing scenes of holidaymakers by the English coast.
A new series of photos by Johny Pitts shines a light on communities and subcultures that have all too often been overlooked.