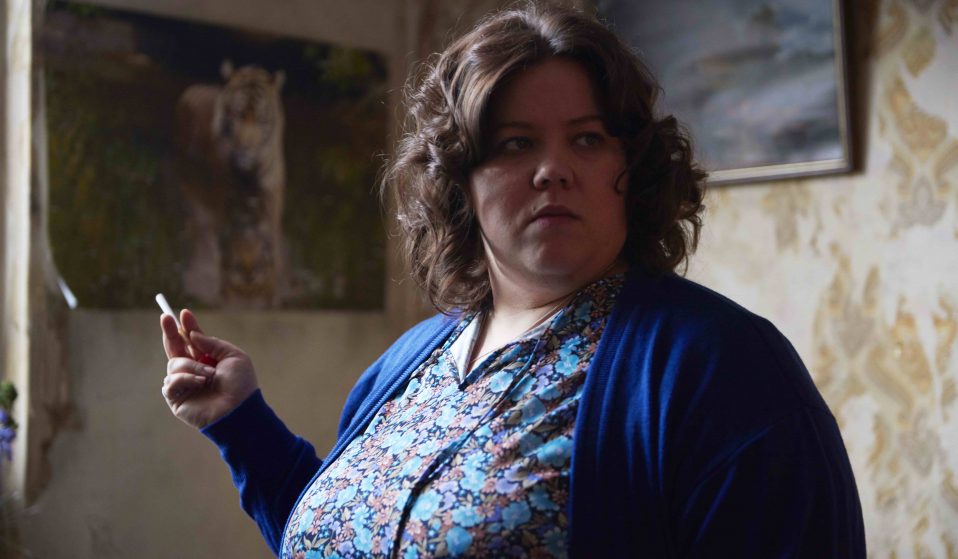 In his new film, photographer turned writer-director Richard Billingham presents a tale of deprivation and loneliness in the West Midlands.

In Ray & Liz, photographer turned writer-director Richard Billingham presents a tale of deprivation and loneliness set in the West Midlands – based on his own upbringing.

In Ray & Liz, artist and photographer Richard Billingham makes his feature debut as a writer-director. A vignette-based portrait about a family falling apart, it’s inspired by his own childhood growing up in the Thatcher-era West Midlands.

It’s a period that he documented in the photo project that first brought him fame in the late ’90s. Titled Ray’s a Laugh, the series featured striking images of his parents (the titular Ray and Liz) as well as younger brother Jason, often in scenes of squalor reflecting the deprivation and isolation in which Billingham grew up. The film, however – which has since been nominated for a BAFTA  – goes even deeper.

“A film I was very interested in is The Terence Davies Trilogy [1983], which I saw in my 20s. A lot of that was shot from lived experience,” he explains.

Prior knowledge of the photo series isn’t a prerequisite for engaging with the film, according to Billingham. “It makes no difference if people see the photographs and know that work or not,” he explains. “It’s nice if they do [know the photographs], but it’s not important. It didn’t inform the way that I wrote and directed the film.”

When asked how Ray & Liz reflects something specific about the wider time and place of its setting (its three interlinking stories span from the late ’70s into the ’90s), Billingham seems hesitant to divulge much at all. He’s an artist quite happy to discuss the how behind his work, but less so much of the why – particularly when it comes to placing the personal in a socio-political context. 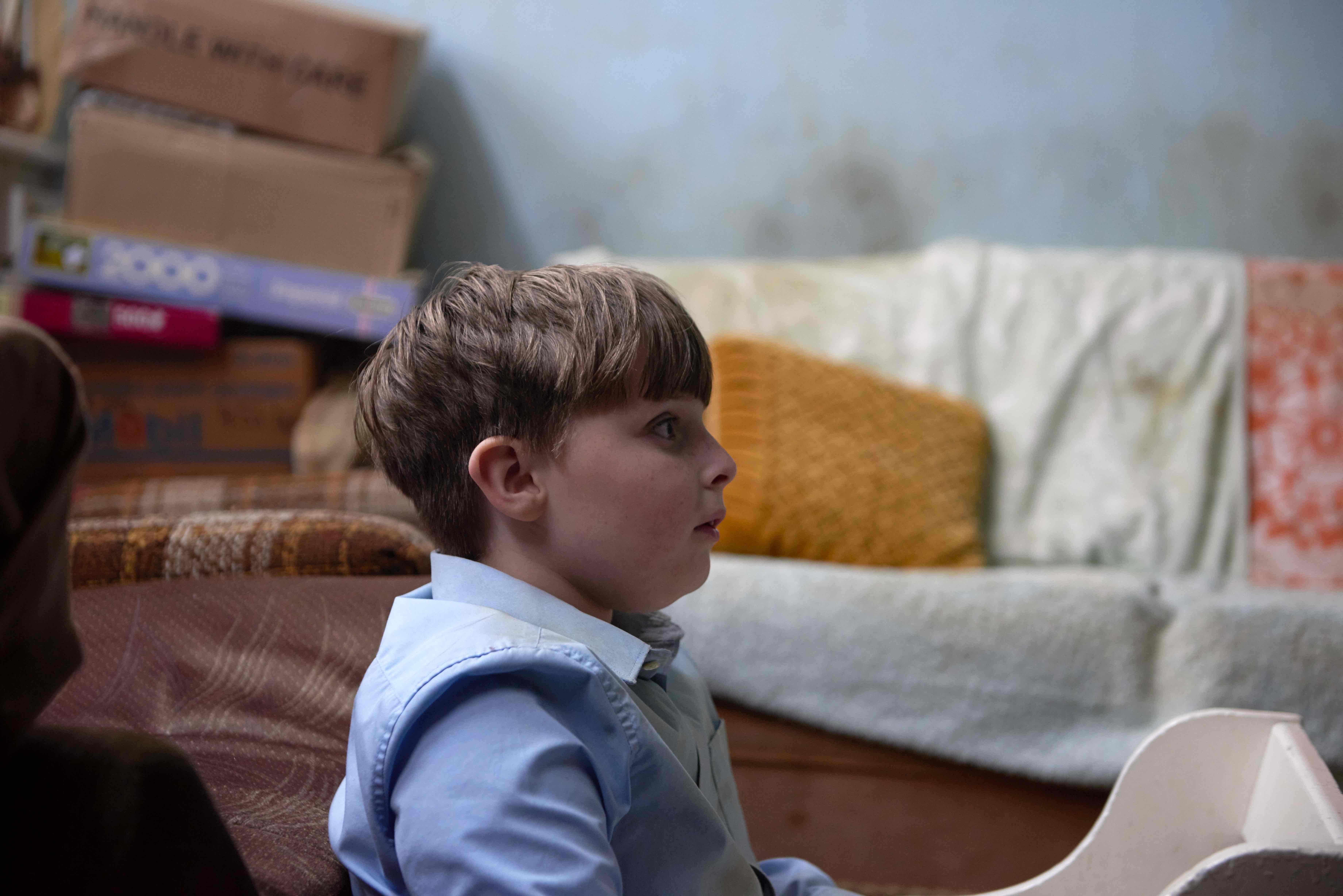 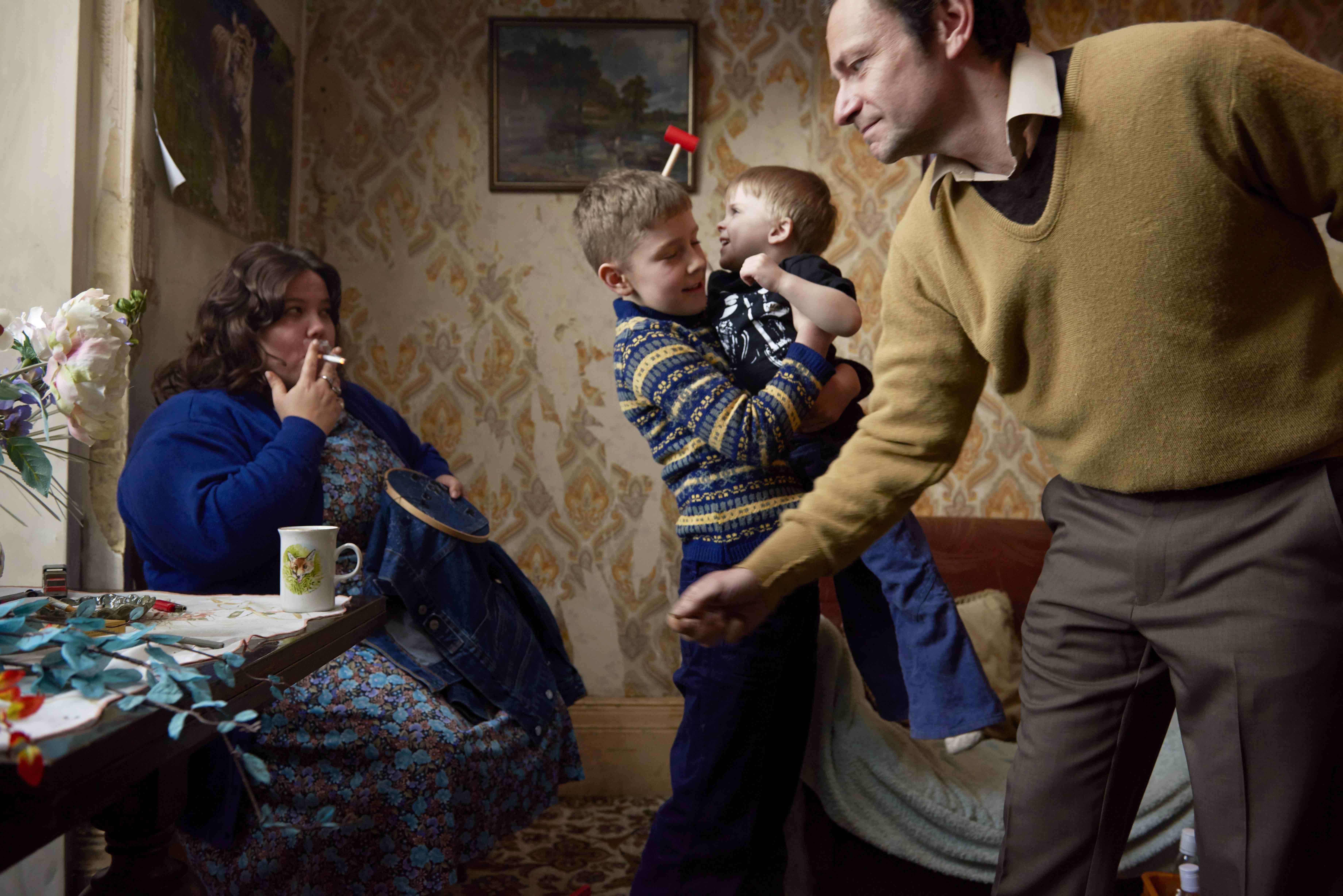 That said, as a viewer, it’s hard not to take away one theme of the film being how life lived in the societal margins can escalate into a chaos that you just end up getting used to. And with redundancies and brutal benefits cuts being key plot points, the Thatcher government’s legacy – particularly in the West Midlands – is always in the mind. For some, our current age of austerity may also be an inescapable comparison.

On the topic of whether the general public tends to be uncomfortable when confronted with non-romanticised views of troubled childhood, Billingham thinks that “we underestimate the intelligence” of modern audiences. “I don’t know if they are uncomfortable with it. It’s just that’s what we see on TV, isn’t it? [It’s] sanitised.” 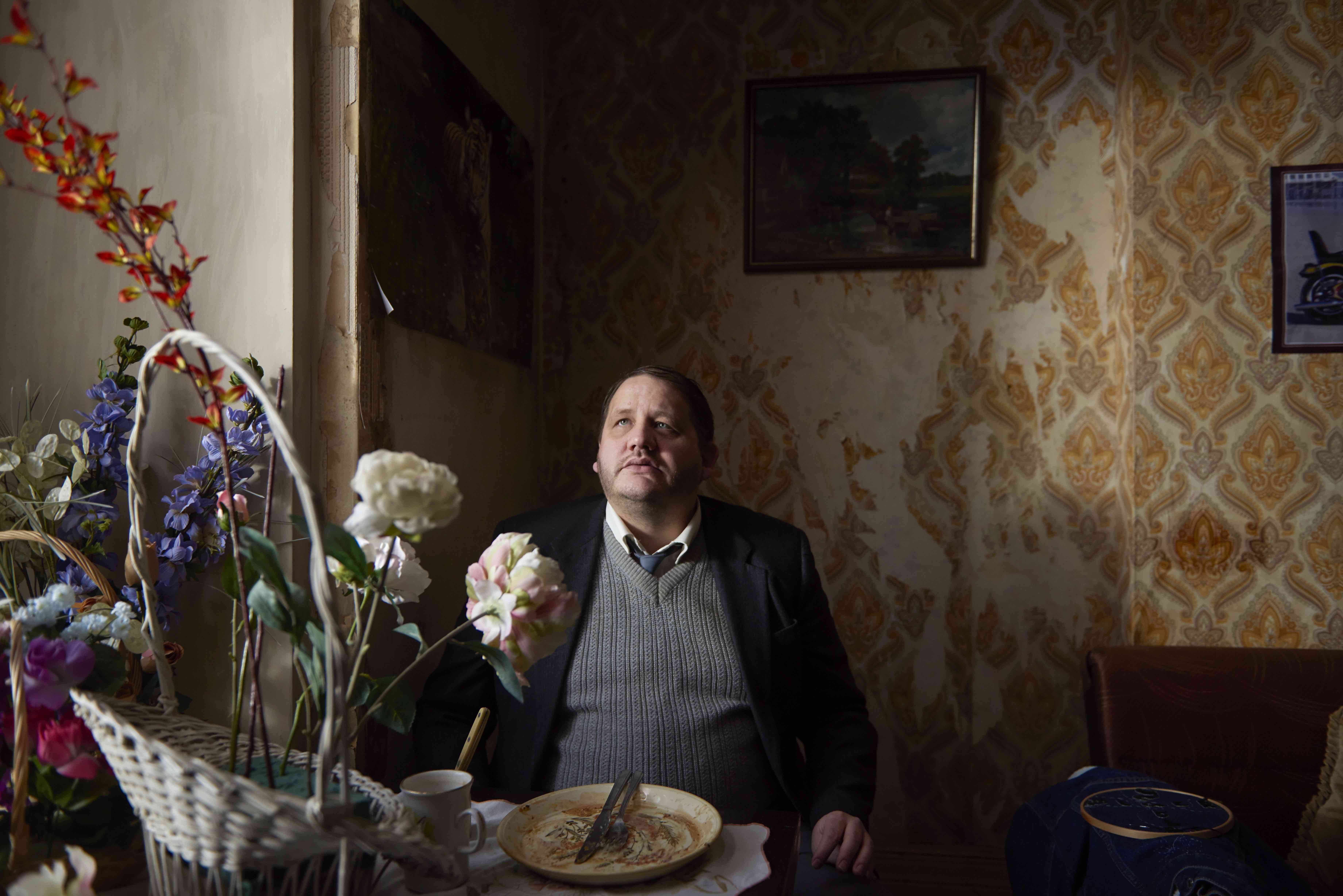 The film sees Billingham collaborating with cinematographer Daniel Landin, rather than shooting himself. “When I take photographs, for me it’s a relationship to positive and negative space. I’m not really looking at the subject matter, I’m looking at this relationship to space. And he seems to compose in a similar way. The difference is he’s very good at lighting. He can light things and make them look sculptural, so he brought that to it.”

Although, in this sense, the compositions of shots may not favour the subjects, the recreation of family life remains incredibly detailed. “I shoot from memory,” Billingham says. “I’d often go in my father’s room at night and sometimes he was sitting on the edge of the bed, looking at the electric fire, and the room would be a red glow. I wanted to recreate that, see him in his red room in the film. When we came to shoot that scene, we turned the lights off, put the electric fire on, and it was nothing. It was just a fire in the distance and everything black.”

“It’s funny how you remember things,” he continues. “I remembered it as a red glow, but that must have been a want. We recreated it as I remembered it, rather than objectively. My body wants to remember it like that.” 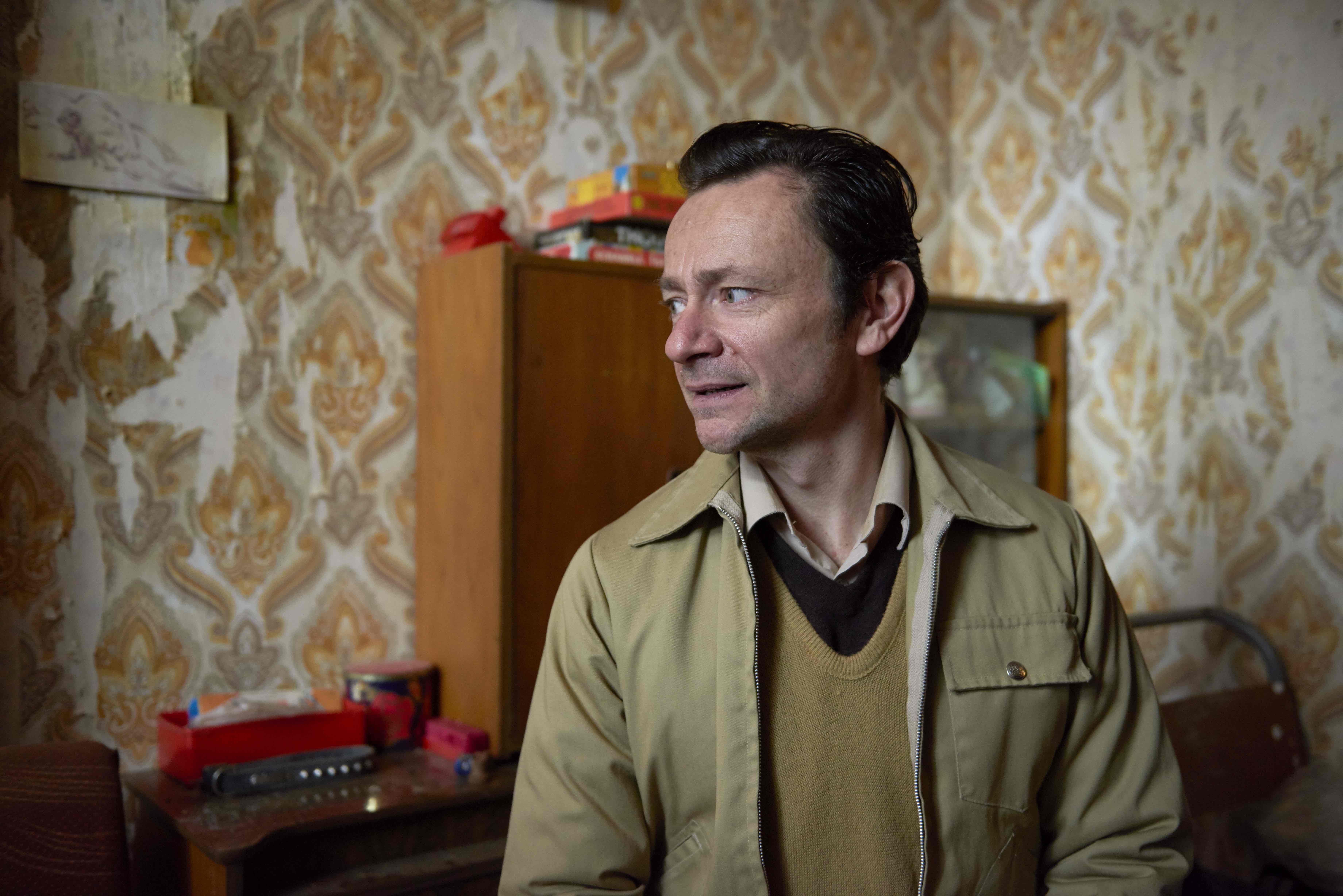 Linkedin
RELATED ARTICLES
OTHER ARTICLES
Writers Matt Foot and Morag Livingstone explore how four decades of collusion between the government and the police have slowly eroded our right to protest.
After news broke last week around an expected reversal of the 1973 landmark law that made abortion legal in the US, protestors gathered in the UK in support of American women.
With their latest capsule collection, SCRT have constructed their own mythology, based on the story of a fictional meteor shower that hit a small Scottish town.
Members of the collective share some of their reasons to run as part of #UnitedBySummits, a campaign that looks to uncover transformative power of the outdoors.
Satirical culture in the UK routinely protects the powerful and punches down. It’s time people stopped laughing along, writes Elia Cugini.
To mark the anniversary of the mass trespass of Kinder Scout, a group of hikers came together with the intent of creating a new, fully inclusive culture for rural spaces.