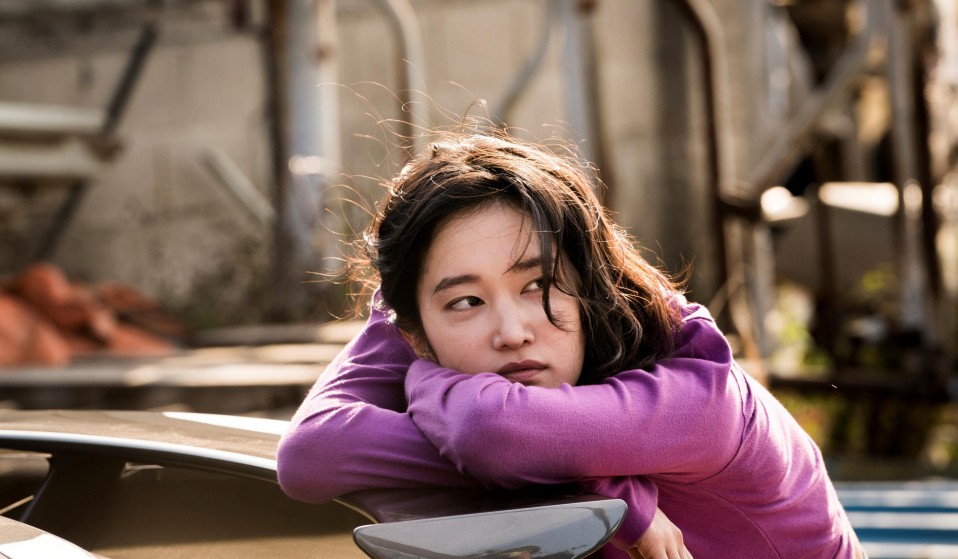 Urban struggles, queer satires and masculinity in crisis: In our final round-up, we reflect on the most politically charged moments of the 2018 festival.

Urban struggles, queer satires and masculinity in crisis: In our final round-up, we reflect on the most politically charged moments of the 2018 festival.

Unlike at more sprawling festivals (like Berlin or London), the main screenings at Cannes happen along a single stretch of coastally-situated road, the Boulevard De La Croisette. The Palais des Festivals is the hub of the hub. If you’ve seen any glitzy red carpet photos across the years, they will have been taken outside this majestic building with multiple giant screens contained therein, and a huge canvas version of that year’s poster beaming down from on high, like a Cinematic Big Brother. This year the poster was the frame from Jean-Luc Godard’s Pierrot Le Fou in which Anna Karina and Jean-Paul Belmondo lean out of passing cars to kiss against the azure sky.

With so much cinema history, international prestige and personal excitement in the air, it’s tempting to ride high on giddiness and wave off anything more noxious in the undercurrents. So it was monumental to witness the Italian actress Asia Argento standing up at the Closing Ceremony to address a room full of beautifully-dressed industry-types for a potent 65-second address: “In 1997, I was raped by Harvey Weinstein here at Cannes,” she said, “I was 21 years old. The festival was his hunting ground.”

Her voice was raw with rage and cut through the ceremony with the power of personal truth in an arena of public pomp. Although her speech, which held the festival to account for rapist-enabling behaviour, was met with applause, she later tweeted: “After my speech, the only person who came up to me, congratulated and spoke kind words to me was Spike Lee” subsequently remembering that Ava DuVernay, who was on stage with her at the time, was also supportive.

This integrity is a gauntlet thrown down to those of us industry-wide tasked with reflecting and reporting on the fest. With that in mind, this round up is tinged with awareness of the wider world and files the films touched-upon accordingly.

Intriguingly, for two films with so much thematic overlap, the Korean Burning by Lee Chang-Dong and the American Under The Silver Lake by David Robert Mitchell were met with vastly different consensuses from the international press. Burning was lauded all over town, while Under The Silver Lake was mocked to the point that Mitchell reportedly sequestered himself away in a depressive state. For my money, they are both compellingly opaque mysteries pivoting around the frenzied imaginations of two young men obsessed with tracking down two missing women. Both lumber on to the 2 hour 20-minute mark while conjuring atmospheres that mirror the intoxicating confusion of, respectively, Lee (Yoo Ah-In) and Sam (Andrew Garfield).

Burning has a love rival for Lee in Ben, who is everything that the disorganised and poor writer is not: monied, slick and, crucially, a criminal who gets away with graver crimes than the one that Lee’s father is in custody over. This low-key commentary on the impotent male fury that class imbalance fuels is scarcely the focus of a film which is defined by extraordinarily elegant filmmaking. Each shot and edit is a testimony to the bewitching power of knowing your craft.

Meanwhile, Under The Silver Lake is a choppier, more kaleidoscopic affair that hinges on a baffled bedhead performance by Garfield as an amateur sleuth. A shameless exercise in cultural fandom provides the texture of a film which, underneath, is about what a heartbroken man will do – and who a heartbroken man will screw – to keep his head above the waters of sorrow.

Jafar Panahi is under house arrest in Iran but is still making movies that inventively and somewhat jovially take stock of the nation in which he remains a hostage. Three Faces begins with a video, ostensibly a suicide note, left by a teenage girl who has been driven to desperation because she wants to study at an elite conservatory in Tehran, and conservative forces in her remote village and traditional family are conspiring to stop her. She has sent this video to a famous Iranian actress (Behnaz Jafari playing herself) who has enlisted Panahi (playing himself) to drive to the village to investigate.

As usual, Panahi trades in a form of docufiction, using vignettes of everyday people speaking their thoughts and beliefs as the fabric of his storytelling. The generous blocks of screen-time afforded to what are technically narrative digressions end up feeling like the amiable and yet loaded point.

Faces are also the currency in Capernaum, Nadine Labaki’s emotional lament for child poverty in Lebanon. From the off, she lunges for the heart, and barely lets go of this organ for two hours of aching misery, made bearable by the levity offered by the world’s best baby, Yonas.

Effectively a child-baby buddy movie set in harrowing but lively conditions of downmarket Beirut, Capernaum is more embedded in the emotional sweep of its lead characters than in sketching the sociopolitical forces behind these desperate conditions, yet in its own operatic way, it is a critique. Cannes’ Best Actor award should have belonged to the child actor, Zain Alrafeea, whose ability to channel an ancient soul out of his tiny body, creates moment after moment of cinematic devastation

NATURE AND THE CITY

Of the three women with films competing for the Palme d’Or, the Italian director Alice Rohrwacher had the most subtle and intriguing offering. Divided between a first half set in the pastoral haven of Inviolata and a second half set in an urban hustle, Lazzaro Felice is a magical realist fable rooted in traditional Italian storytelling that prioritises a textured type of worldbuilding over clean, neat storytelling. The Inviolata set first-half is an orgiastic slew of painterly images, which exist in contrast to the fact that the characters within this setting are actually being exploited by being made to work for nothing. Meanwhile, the urban-set half sees these same characters, at a different time with more agency and less picturesque environs.

Picturesque is one way to describe a late-game festival highlight, a post-apocalypse-set German tale of male inadequacy that becomes an idyllic tribute to the redeeming power of living off the land. Ulrich Köhler’s In My Room stars Hans Löw who delivers a deadpan comic performance as Armin, who we first meet in the context of him having mistaken the camera ‘on’ button for the ‘off’ button. The pacing of this movie is utter perfection poised between absurd hilarity and high-concept fascination. This is sort of movie that indulges a juicy ‘what if’ proposition in a grounded human fashion, also folding in the consequences for sex, love, animals and dancing to a Tiesto version of “Adagio For Strings.”

Reading film synopses to find socially relevant gems is a funny business. You read the plot for the first Egyptian movie to play in competition and think: “bingo.” You read one about a footballer going on a whimsical journey of discovery and think: “maybe not.” And yet the former title, Yommedine by AB Shawky, was handled with such sentimentality and lack of empathic imagination, while the latter title Diamantino by Gabriel Abrantes and Daniel Schmidt unfolded with love, generosity and an expansive worldview, turning up to down – more than any other title in this festival, I want people to see Diamantino.

This is not the type of film that by rights should work. It is too full of ideas, too funny, too offbeat, too enjoyable – and yet it is the most socially inclusive, humanistic film. This queer satire of fame, the straight tribute to goodness and unclassifiable look at the world today is upheld by a joyful central performance. Carloto Cotta as a Cristiano Ronaldo-esque star footballer wants to help and so adopts a refugee who is actually a lesbian secret service operative in disguise. Wacky conceits are played without emphasis. Watching is like taking apart an ornately painted Russian Doll, to discover at the centre a kitten who wants to play with you.

Linkedin
RELATED ARTICLES
OTHER ARTICLES
While the Colston 4 verdict is worth celebrating, it‘s debatable whether the law would’ve had such empathy for Black people in the same position.
Ahead of the policing bill reaching its final stages in the Lords, protestors came together to rally against the legislation.
Jermain Cikic reflects on his experience of visiting the island of Samos, Greece, in the summer of 2021.
In 1984, Martin Shakeshaft set out to document the miner’s strike as it really happened, using his photography as a tool for activism.
From Brooklyn gang members, to Welsh miners and the residents of East Harlem, Bruce Davidson used his camera to shine a light on the most marginalised.
The New York MC reflects on his experience with Trumpian US immigration policy, and how it impacted his career.