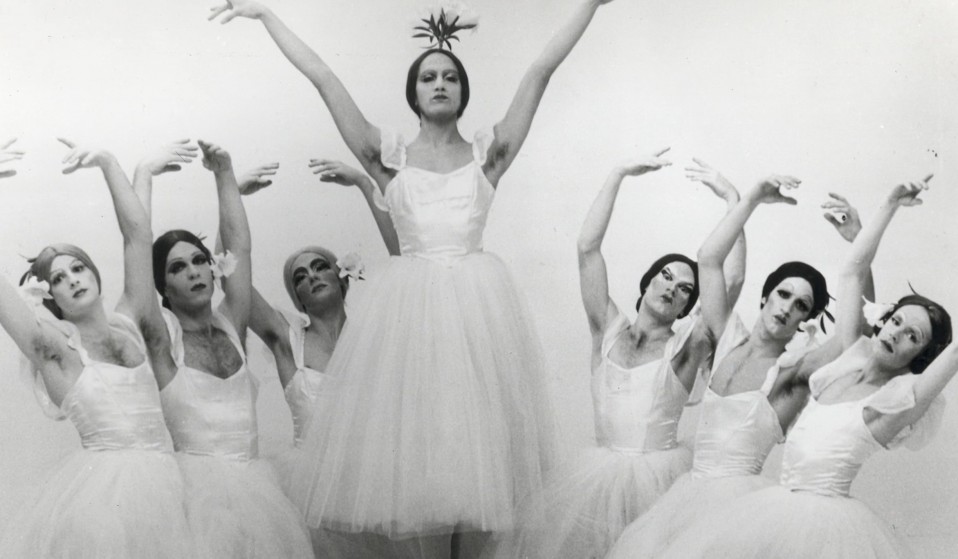 Formed in the aftermath of Stonewall riots, the Trocks are an all-gay dance group hoping to inspire change. In a new documentary, filmmaker Bobbi Jo Hart celebrates their legacy.

Formed in the aftermath of Stonewall riots, the Trocks are an all-gay dance group hoping to inspire change. In a new documentary, filmmaker Bobbi Jo Hart celebrates their legacy.

Documentary filmmaker Bobbi Jo Hart has always been drawn untold stories. In the past, she has cast her lens over a series of impressive, influential women in the fields of sport and music. This year, she turned her attention to Les Ballets Trockadero de Monte Carlo (the ‘Trocks’) – an all-gay ballet formed in the aftermath of the Stonewall riots, chronicling their life and work in the recently-released Rebels on Pointe.

Comprised of intimate interviews, performance clips and narrative excerpts of archival footage, the documentary seeks to spotlight both the men behind the costumes and the political progress the troupe has helped to achieve. “I wanted to find out who these wonderful humans were beneath the make-up and costumes, including who their family and loved ones were that they helped them embrace and pursue that true identity,” explains Hart, before outlining her intentions to celebrate their “determination, resilience and humanity.”

Initially, the idea for the project was born when she stumbled upon an ad in a Montreal newspaper. “I was immediately fascinated by the photo of these men in ballet drag and on pointe shoes! I had never heard of them, so I called the Artistic Director Toby Dobrin in New York to ask if I could come backstage a the Montreal performance to do some research filming. He said yes and, interestingly enough, the footage I shot alone that night ended up being the opening scene of the film!”

From that night onwards, Hart spent around three years on and off with the troupe collating hours of footage and, more importantly, building a personal relationship with the dancers. “The intimacy with the dancers is a result of spending time to build trust with them,” she says of filming the documentary’s most revelatory scenes. “I would often film alone, so that I could react to their life unfolding in the fastest and most unobtrusive way.”

Although nobody involved would have known it at the start of filming, the release of this film comes at a pivotal time for LGBTQ communities across the world. Queer people are being detained and beaten in Azerbaijan, Australia’s same-sex marriage debate is unveiling hidden homophobia, and then there’s, well, Donald Trump. “We only need to look at the current climate in the USA to shake our heads in frustration at how many fellow humans still seem to have a disconnect with humanity, not to mention an unfounded fear of the ‘other’”, says Hart, clearly exasperated. “Racism and discrimination start at home, so we must begin teaching our children love and tolerance over mistrust and hate.” 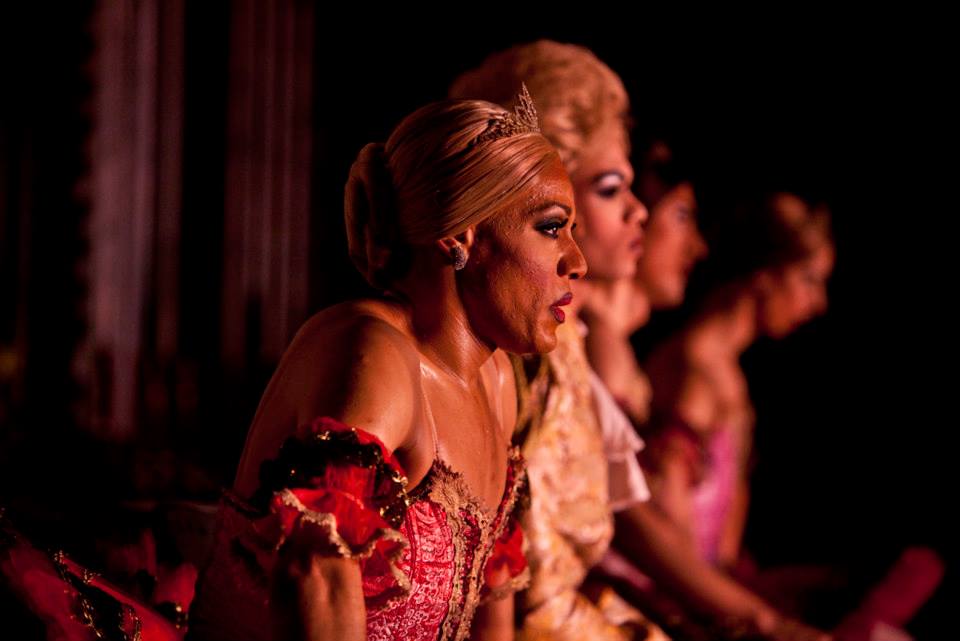 Of course, erasure is a key issue – school curriculums only ever give a fraction of the overall story, and it’s usually told from extremely relative, privileged perspectives. “History is written by victors,” Hart explains. “History books have historically glossed over how First Nations people were slaughtered by Europeans who literally stole their land and livelihood.”

The same can be said of the arts, which may explain why the Trocks’ essential contribution to queer history is often undervalued. “There is still a class divide in the arts, so not only were the Trocks blackballed in their early years by funding sources because of the gay element, they were also snubbed by the mainstream, traditional ballet world for going against the grain.” She argues that this still happens to the troupe today, pointing out the lack of media coverage around Chase Johnsey becoming the first drag ballet dancer to ever win the Best Male Dancer award at this year’s UK Dance Awards. “It’s unprecedented! The Guardian wrote a big piece about it, but no major media outlet in the States wrote anything about it. Why?” 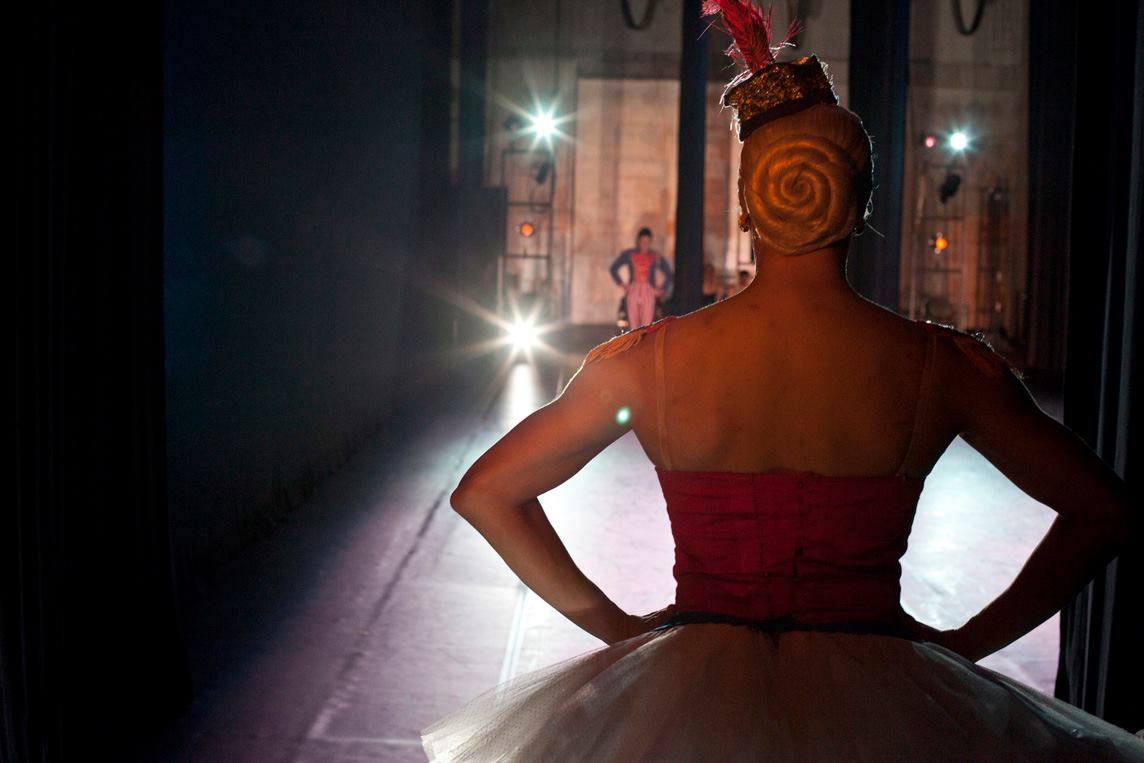 Throughout the interview, Hart’s passion for the project and everybody involved is heartening. “I think it is vital for me to mention how bloody hard these people work on a daily basis,” she enthuses. “They travel with a skeleton staff, and those people do the job of a dozen staff or more… The dancers do their own make-up, and watching them spend an hour and a half to put it on before each show was awe-inspiring!”

Reception to the film has also been positive, with Hart personally writing to various film festivals to ensure the troupe reaches a global audience. Alongside bagging a coveted shortlist place at the Sundance Film Festival, she describes film screenings in Italy (at Bologna’s Gender Bender Festival) as a key achievement: “Italy still does not recognise gay marriage, so I hope the film softens the political, social and cultural barriers and helps society embrace love as love, regardless of gender.”

As for any final words on The Trocks? “If you haven’t seen them, just go,” she says. “I’ve yet to see a show where everyone in the audience didn’t leave with a smile on their face.” Aside from this more personal joy, the importance of troupes like the Trocks in an increasingly turbulent political climate can not – and must not – be underestimated. Hart herself sums it up best: “Their act of rebellion in a tutu could not be more timely and relevant than it is today.”

More information on Rebels On Pointe can be found on the film’s Facebook page.

Linkedin
RELATED ARTICLES
OTHER ARTICLES
From Brooklyn gang members, to Welsh miners and the residents of East Harlem, Bruce Davidson used his camera to shine a light on the most marginalised.
In 1984, Martin Shakeshaft set out to document the miner’s strike as it really happened, using his photography as a tool for activism.
In Glasgow, life expectancy is reduced by 15 per cent. In a new project, photographer Kirsty Mackay reflects on the lives cut short.
In Sheffield, food delivery drivers are fighting back against one of the giants of the gig economy.
Mike Smith’s intimate photos offer a detailed record of the inhabitants of Boston’s streets in his characteristic non-judgmental yet direct approach.
The New York MC reflects on his experience with Trumpian US immigration policy, and how it impacted his career.