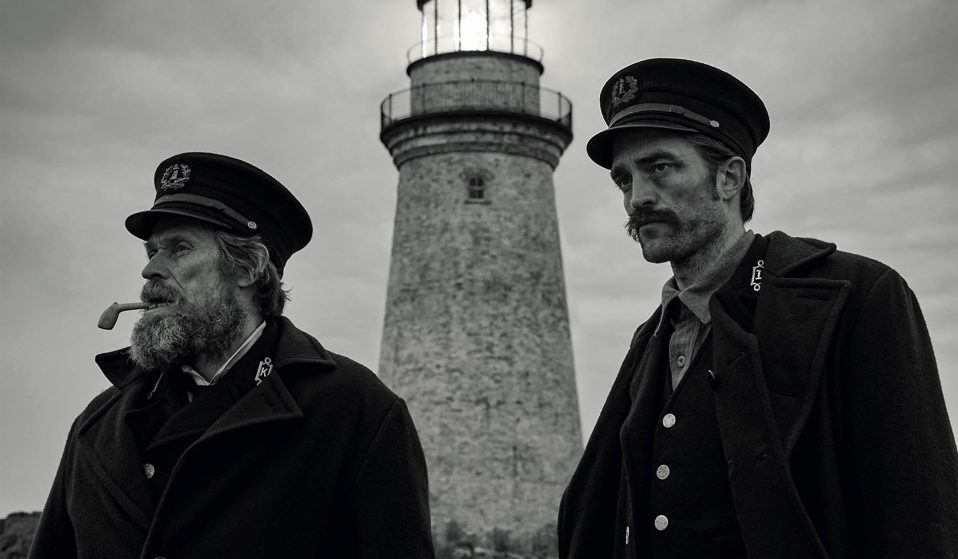 Photography © Courtesy of A24 Pictures

The American filmmaker’s second feature is a psychological two-hander about warring lighthouse keepers. He says it won’t be for everybody.

The New Hampshire filmmaker’s second feature is a psychological two-hander about two warring lighthouse keepers. To mark its UK release, he tells us why it probably won’t be for everybody.

Upon its release in 2016, Robert Eggers’ debut feature, The Witch, spooked audiences across the world with its slow-burn dread and terrifying portrayals of possession.

What truly set it apart as a period horror, though, was an exquisite sense of historical detail when it came to its 1630s New England setting: notably, the particulars of the language its characters used to communicate and process the terrors they faced. Visually speaking – although shot digitally – it often harkened back to some of cinema’s earliest days. It’s no surprise that Eggers has since been attached to remake the influential Nosferatu.

But the writer-director’s follow-up to The Witch isn’t the silent-horror classic: it’s something altogether trickier to define. With his second feature, The Lighthouse, Eggers has in fact enlisted the help of Robert Pattinson and Willem Dafoe – two of the most idiosyncratic stars of their respective generations – for a two-hander set on a New England island in the 1890s.

While there’s absolutely horror in its DNA, much of The Lighthouse could just as easily be described as a workplace comedy, where a younger man tries to keep his sanity in the company of an eccentric hermit who seems to have lost his own mind long ago. Back-breaking work leads to resentment and hatred. Then bad omens seem to spell more phantasmagorical forms of torture for the pair.

Eggers once again incorporates period-accurate language and design details. In referencing cinema’s past once more, The Lighthouse sees him shooting in black and white, on 35mm film instead of with digital cameras, and framing the images in a 1.19:1 aspect ratio – a technique more traditionally associated with the look of early sound films. (Jarin Blaschke’s work on The Lighthouse earned him an Oscar nomination for cinematography.)

Ahead of the film’s UK release, Huck spoke to Eggers about the extensive research and technical wizardry that went into his second feature – as well as the inherent risks in making genre films that remain both abstract and allusive.

What comes first for you, the period or the story?
The atmosphere comes first. The period came when I started to do a little bit of research. I wanted to make a lighthouse movie and I assumed that I was going to set it in the 19th century. I was thinking the 1820s or 1840s might be interesting because I like that period aesthetic – it’s a little bit less industrial.

But I wanted to have the foghorn and I wanted to have the Fresnel lens [an invention allowing light from a lighthouse to be visible over greater distances] in the story, so that was going to place me in the 1890s. Those things were too iconic and important. That foghorn just says ‘lighthouse’, while the Fresnel lens is a gorgeous thing… it almost looks like a spaceship. There’s got to be a mystery in there.

In light of you having set two films there, what is the cinematic appeal of New England?
I grew up there and I’m communing with the folk culture of my region, trying to understand it better. In Europe, for example, people have a better ability to connect to the folk culture of where they’re from, if they want to – even though [there is] plenty of American capitalist, homogenous culture [still present] in Europe. But if you want to, it’s easy to seek it out. It’s different in the U.S. Maybe in Texas and the South it’s a little easier to connect – but in New England, you have to work a little harder.

When designing the production, were any special considerations needed for the black and white and aspect ratio choice?
Not as many things as you’d think. Film used to be orthochromatic and not sensitive to red light. We used an orthochromatic filter to imitate that, so anything red renders black. So that was really the one thing we had to consider.

The other thing is that sometimes blues would be a little lighter. So, if you had a light blue stripe on a white shirt, you might not see that stripe very clearly. So that was one consideration. The other consideration is that with that filter, and with the black and white negative that hasn’t changed since the 1950s, it required a lot more light to get exposure. So, with The Witch, we could light it with candles. You could not do that with this.

Those oil lamps [we use in the film] don’t have kerosene in them – they have 600-watt halogen bulbs that are on flicker dimmers. It made it so that you’d be shooting an interior at night and people would be wearing sunglasses because the lights were so bright. And for that aspect ratio, we built all the buildings including the 70-foot lighthouse tower. So, while we were trying to be period correct, we were also thinking about how to build these things that would work well within the aspect ratio. 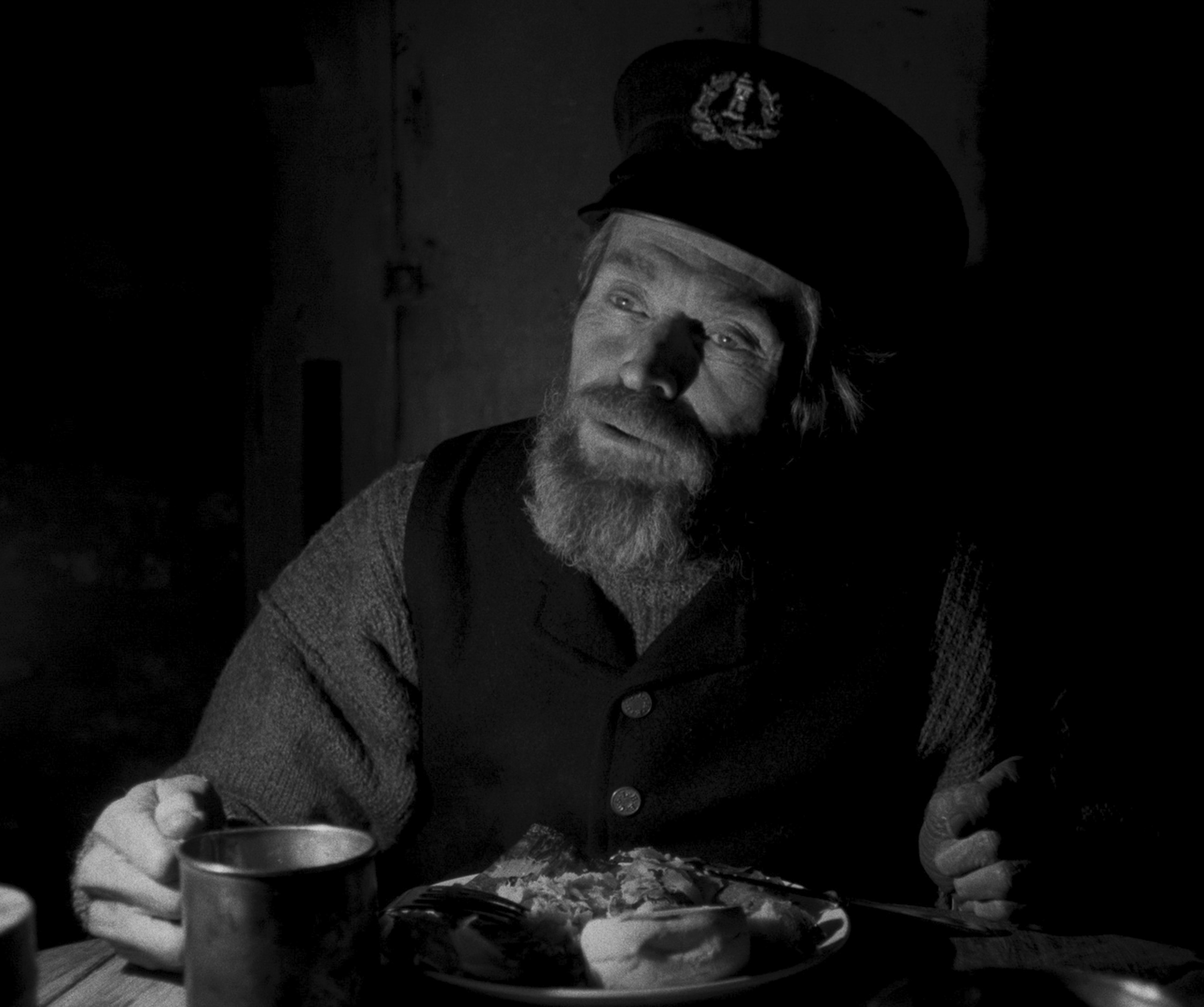 Williem Dafoe in The Lighthouse. © A24 Pictures

Were there any reference points from the period in terms of particular notions of masculinity that you were drawing on for the characters?
Yes and no. I think you get a sense of masculinity in photographs of people and in their words. We understand this period to be of the Victorian mindset, so we know what the gender roles are supposed to be in that period.

How do you approach the extensive research with these films?
Aggressively and copiously. You’re also amplifying things. Obviously, there is learning about lighthouses, learning about maritime culture in New England… ‘Oh, I need to know some ship terminology. I actually don’t know what side of the ship starboard is. What’s the difference between a prow and a keel?’

Willem’s got all this classical mythology in his faux-Shakespearian, Miltonian kind of sea curses that are inspired by Ahab. Let’s unpack the imagery that he’s talking about. Let’s look at symbolist paintings, let’s get into Greek mythology. So, it’s just everything. Watching movies, listening to sea shanties, listening to lumberjack songs. 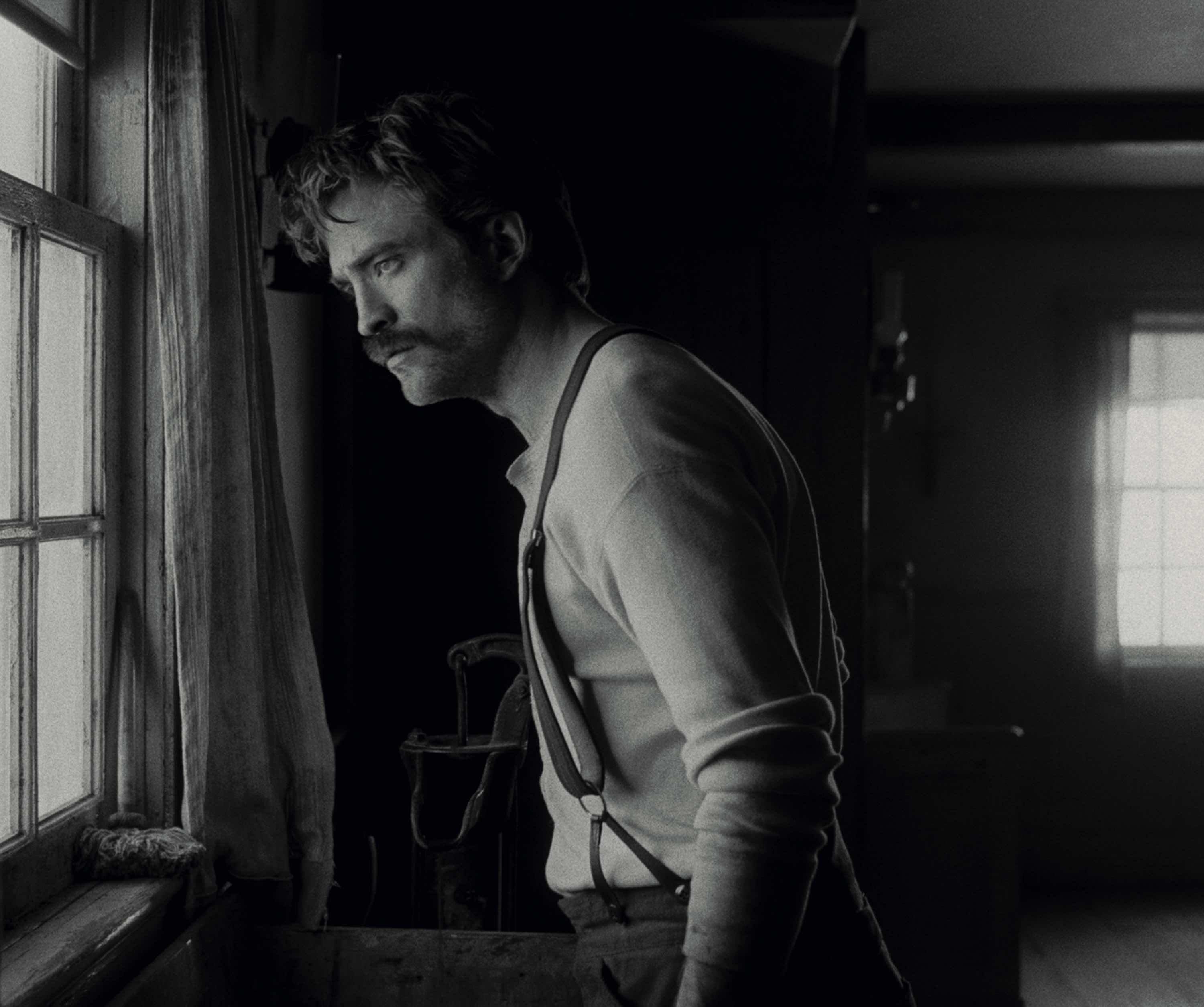 Robert Pattinson in The Lighthouse. © A24 Pictures

Your stories tend to move towards abstraction while still working within recognisable genre templates. With the budget and star power upgrade you had with The Lighthouse, were you ever under any pressure about losing audiences at any point?
There are movies obviously intended to be obscure and challenging to some degree, that ask more questions than they do provides answers. That’s not a satisfying movie for a lot of people. But a black and white movie is not satisfying for a lot of people. So, when I’m making this movie, I know that this is a little bit for cinephiles.

Do I consider the audience? Of course I do. I don’t want to make something that only I like. I can’t even like my own work, so there’s a problem! But the other thing is I also don’t want to make a movie that’s only entertaining for people in the 1890s. That’s also a problem. So, I do consider the audience, but obviously I am taking a lot of risks.

The movie’s over the top, it’s bombastic, it’s vulgar, it’s juvenile, it’s stupid, it’s scatological. It ain’t subtle arthouse filmmaking. It’s kind of out there and I took some big choices and I stuck to them – for better or for worse. It’s not going to be everybody’s cup of tea. But that’s okay.

The Lighthouse is showing in UK cinemas from 31 January, 2020.

Linkedin
RELATED ARTICLES
OTHER ARTICLES
The workforce is now gearing up for industrial action after receiving a measly pay rise, reports Ella Glover.
Demonstrators gathered outside of Parliament to voice their concerns about the monarchy and the crackdown on dissent.
As the Scottish government announces a rent freeze, an activist with Living Rent who fought and won shares how they did it, and what must come next.
Yesterday thousands gathered outside Buckingham Palace after news of the Queen’s death broke.
The two-day long event returned to London this year, showcasing a spectacular parade, steel bands and Caribbean food.
In his 2008 series, the photographer pictured himself as Angela Davis, Martin Luther King Jr., Malcolm X, and other prominent figures.