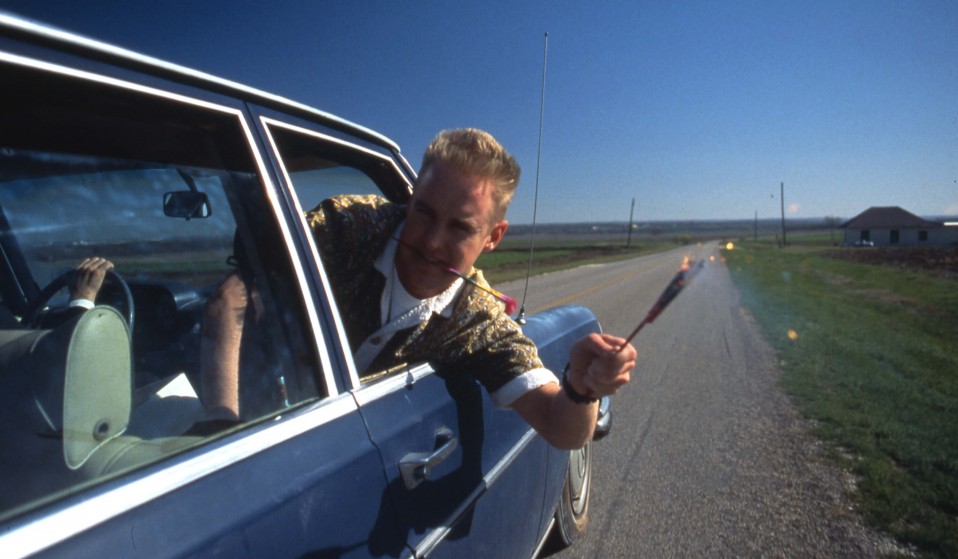 Robert Yeoman has worked with the Texan filmmaker on all of his live-action features. To mark a special re-release of Bottle Rocket – their first collaboration, and Anderson’s debut – we caught up with him to talk 30 years behind the camera.

Robert Yeoman has worked with the Texan filmmaker on all of his live-action features. To mark a special re-release of Bottle Rocket – their first collaboration, and Anderson’s debut – we caught up with him to talk 30 years behind the camera.

Growing up in the northern suburbs of Chicago, he and his friends would make Saturday night pilgrimages to their local cinema. A single sitting of Stanley Kubrick’s A Clockwork Orange upon its release in 1972 was enough to confirm what a young Robert already knew: “I walked out of that film,” he recalls, “and I said to myself, ‘whatever they’re doing, I wanna get involved in that.’”

And that’s exactly what he did. Now, aged 66, Yeoman counts himself as one of America’s most beloved cinematographers. After getting his break on William Friedkin’s To Live and Die in L.A. in 1985, he went on to earn his stripes shooting a number of small-budget indies – most notably, Gus Van Sant’s 1989 cult crime drama, Drugstore Cowboy. Years later, a young, untested filmmaker from Houston, Texas stumbled across Van Sant’s film; impressed by Yeoman’s work, he wrote him a letter, by hand, inviting him to work with him on his first feature. That director went by the name of Wes Anderson, the film was Bottle Rocket.

Since Anderson’s gorgeous 1996 debut, he and Yeoman have gone on to collaborate a grand total of eight times (so far: seven features, one short), coming together to construct a series of idiosyncratic on-screen worlds that couldn’t ever belong to anyone else. From the claustrophobic conversations of The Royal Tenenbaums to the vast, oceanic expedition that is The Life Aquatic with Steve Zizou, Yeoman has accompanied the Texan auteur on all of his live-action adventures, working alongside him to bring to life the stories that remain so unmistakably his.

Following the special Blu-ray re-release of Bottle Rocket, courtesy of The Criterion Collection, we caught up with Yeoman to discuss falling in love with film, working with Wes for the first time and his role in some of modern cinema’s most memorable shots and sequences. Listen carefully, everyone: here are your lessons in world-building. 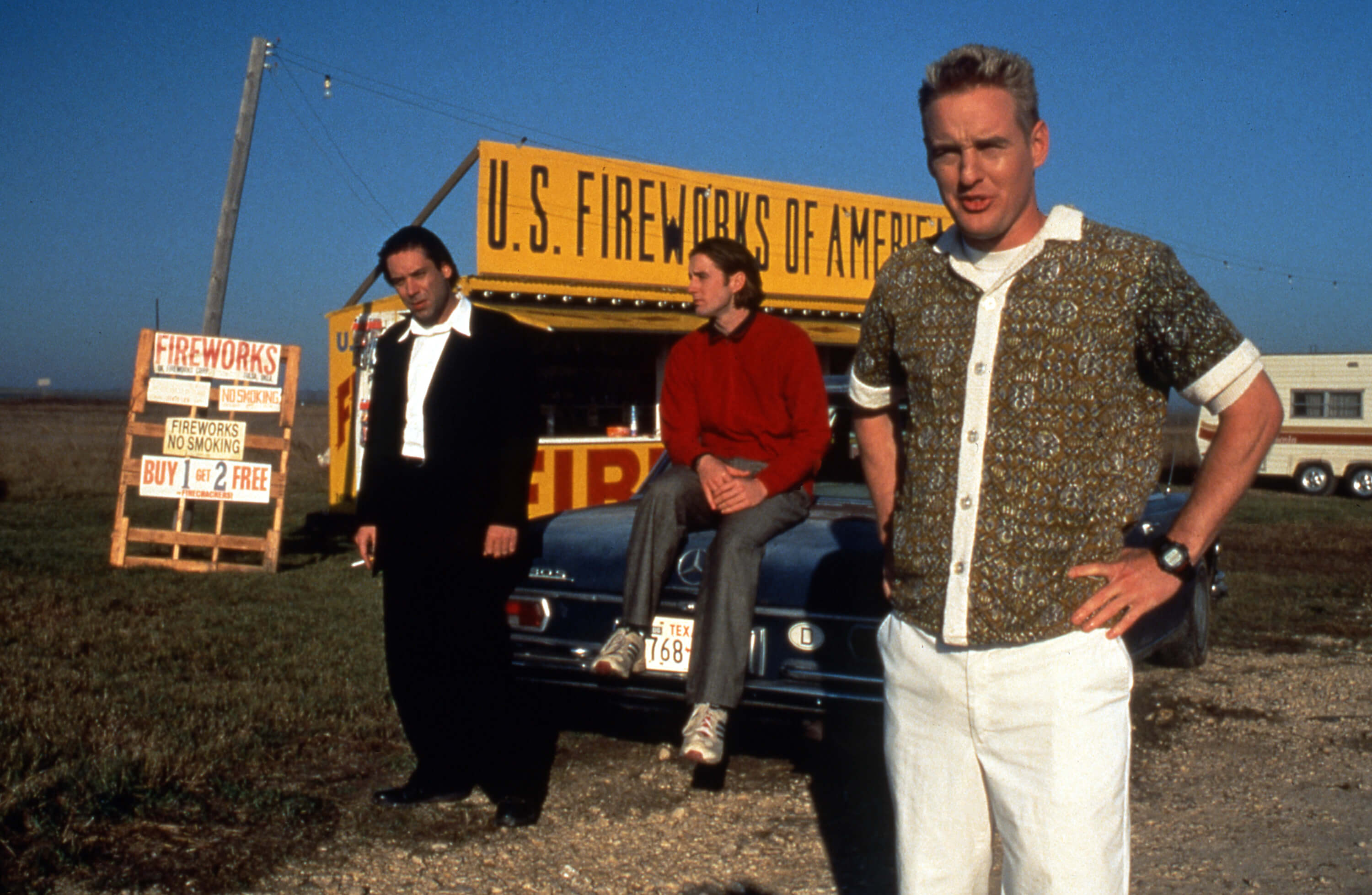 “After graduating college, I was like, ‘well, I don’t know anybody in the business, and I don’t know anything about filmmaking’ – so, I applied to USC film school in Los Angeles and I was accepted. Film school gives you an opportunity to try a lot of different things, which is obviously a little more difficult in the real world. I found that cinematography was something that I was drawn to and responded to.”

“When I got out of film school, I stumbled around for a few years being a production assistant, just trying to stay alive. I hooked up with this company that did little budget commercials and gradually they got to the stage where they’d let me shoot them. That was a good training ground for me. Gradually, I worked up to higher-rank commercials and then, eventually, feature films.”

“Right away, when I met Wes, we clicked. He’s 16 years younger than me, so he was a kid at the time. I met him at the offices over at Sony in Los Angeles, we started talking about movies and things that inspired us and hit it off. He offered me Bottle Rocket and I accepted and flew down to Dallas. It was kind of his baby with Luke Wilson and Owen Wilson: the three of them were best buddies and it was a thing they’d cooked up together. They were just so generous and open and invited me in to be part of the creative team – they couldn’t have been nicer to me. I consider them now not only collaborators but friends as well.”

Stick to your guns

“Every time you make a movie there’s a certain amount of creative give and take, particularly for a first-time filmmaker like Wes. His money came from Gracie Films and Jim Brooks – and he had a very strong personality as one of the greats of our industry. So, they would go back and forth with scripting issues, casting issues.

I always admired Wes because, if he had a disagreement, he would stick to his guns and fight for it. I thought, ‘wow, that’s pretty gutsy for a 25-year-old guy like him going up there.’ He really fought for what he believed and never backed down. Historically, if he really wants something, he gets it – and he finds a way of getting it. I admire him for that.”

I can give you an example: on Moonrise Kingdom, the opening sequence, where we introduce the characters and the house with the long tracking shots, it’s supposed to be raining outside. Typically, how we’d do that is we’d put rain bars outside the window. So, I was like, ‘oh, we’ll just get some rain bars, and we’ll do it that way’, and Wes was like, ‘well… can we try a new way? I don’t wanna do that.’ So, we came up with this idea, they use it theatrically – and it’s being used more now – where we have lights that use these patterns that move off the lights and give the feeling of rain. It’s not exactly what rain would do, but it has a whole different quality to it – and is in some ways a little more magical.”

Always get the shot

If you watch that particular shot, you’ll see there’s a little bit of sway, because as I’m moving around the tower, the tower is actually swaying a little bit! I needed to hit certain marks and certain cues in the dialogue and I don’t like to have to re-do it, because of the actors. It was very difficult, but when we finally got the shot, I was just so relieved and happy that it happened.” 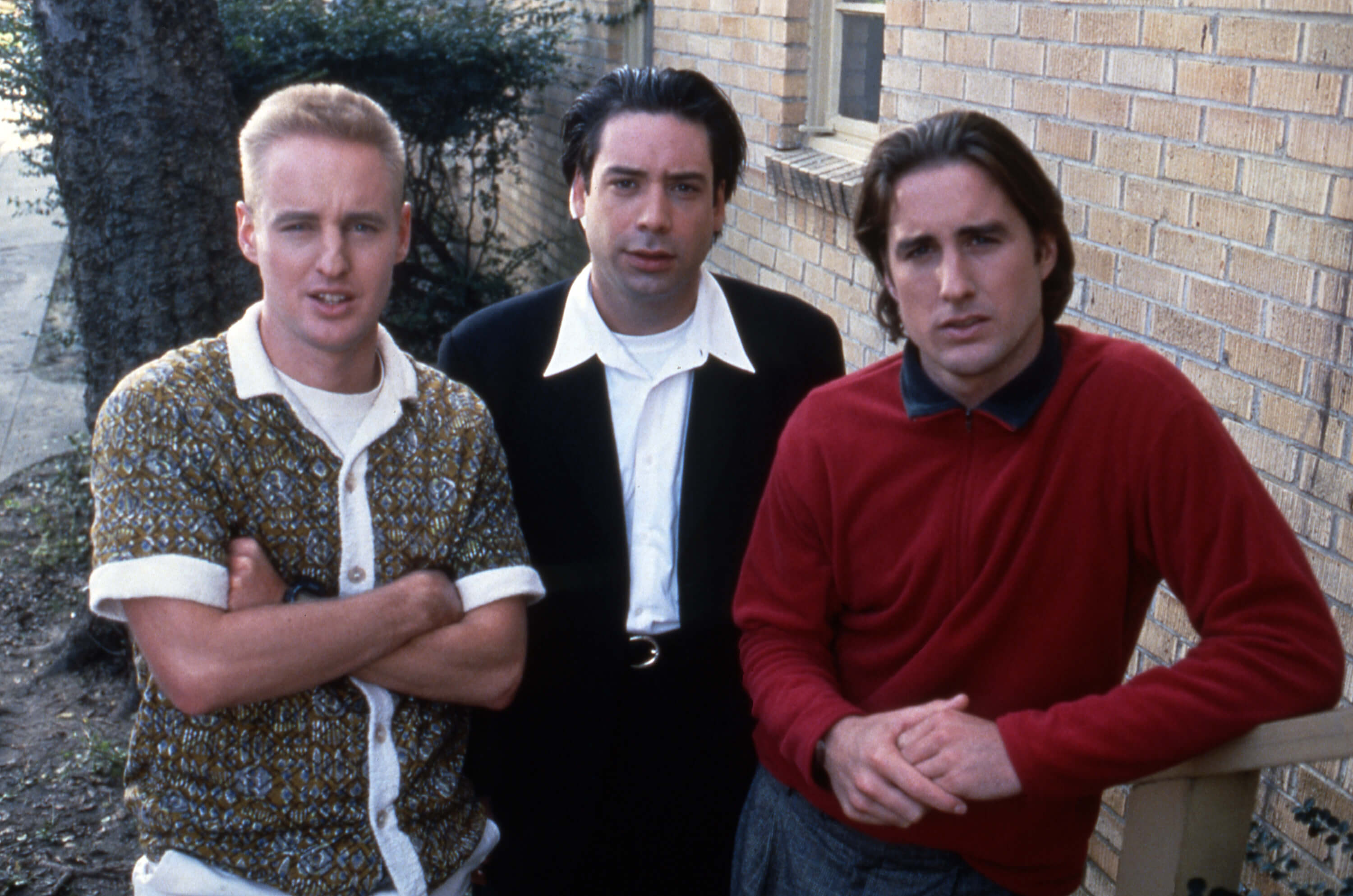 Bottle Rocket is out now on Blu-ray through The Criterion Collection.

Linkedin
RELATED ARTICLES
OTHER ARTICLES
From the Yakuza to a biker gang, Bruce Gilden recounts capturing Tokyo and Osaka in the ‘90s.
Photographer Robin Graubard’s debut book offers an unflinching record of turbulence and change across the Balkans.
A new documentary explores the government’s efforts to quash the protest movements of the late ‘60s by any means necessary.
Our new magazine is here, starring the inimitable Mitski. Order your copy now and join us on a trip around the world.
In the latest OFFF Dispatch, the enigmatic designer dives into his process, connecting the dots between his unique and varied creative output.
Over the weekend, London locals came together to resist a pre-planned police raid targeting delivery drivers.