Art & Culture / Film / How does an African former child soldier adjust to life in London? 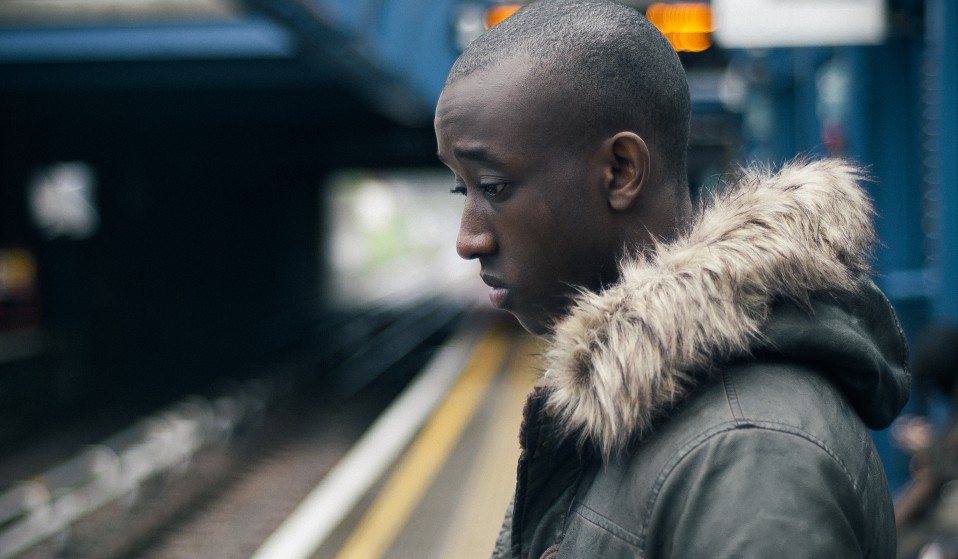 Sixteen features British actor Roger Jean Nsengiyumva whose Rwandan past is testament to what can happen when you persevere against all odds.

Sixteen features British actor Roger Jean Nsengiyumva whose Rwandan past is testament to what can happen when you persevere against all odds.

Roger Jean Nsengiyumva spent the first 100 days of his life strapped to his mother’s back. It was Rwanda, 1994. His mum Illuminée, a young Tutsi bride, had been preparing for his arrival. She sorted through wedding presents, hired help for heavier chores, and calmly settled down in the smart new Kigali home she shared with her husband John, a respected Tutsi businessman. By the time Roger was born on May 1, their house was surrounded by roadblocks. Friends started to disappear. Every knock at the door triggered a new fear that the Interahamwe militia had finally found them. The Hutu extremists were working their way through a Tutsi hit-list, recruiting entire communities towards their cause. Neighbours turned on neighbours; those who refused were brutally killed. The first flames of genocide were unfurling all around them.

Roger Jean Nsengiyumva is twenty years old. The flat he rents in Stratford, East London, is a stop gap in a much broader masterplan, a place he promised himself he’d only keep for a bit – two years at the most. Not long ago, he was still living at home in Norwich, dreaming of becoming a professional footballer and struggling to concentrate at school, when the telephone rang and changed everything.

“I told mum, ‘Put it down it’s a hoax,’” says Roger energetically, in a smart British accent.

But the phone rang again. And this time Illuminée listened. The call was from London, from a producer working on a new film. They’d seen Roger on the cover of a book, they said, and wanted to invite him down for an audition. Within two weeks Roger, then fifteen, was in South Africa filming for Africa United. And with that, he was an actor.

The book that changed Roger’s life overnight traces all the way back to his birth. It contains the unthinkable journey that his mother had to endure, from the moment her husband was dragged away and killed – by men who had been guests at their wedding – to fleeing from Kigali fearing for her own life and that of her newborn child. Illuminee, with Roger strapped tightly by her side, survived a holocaust that claimed the lives of some 800,000 people and was eventually granted asylum in the UK. But her story, she knew, wouldn’t leave her. She placed an ad in the paper calling for a local writer, someone who could help her get it down on paper.

“People know about Syria or Iraq because corporations have such a heavy interest in what’s going on,” says Roger. “There’s no oil to be taken from Rwanda therefore there was no media coverage during 1994. The book was like medicine. Getting things out of her head.”

Miracle in Kigali, the first testimony of a Rwandan Genocide survivor published in the UK, was eventually ghostwritten by Paul Dixon. And as much as the book completely transformed Roger’s life, he’s barely even flicked through it. “I haven’t quite got the courage to dive into it,” he says. “I’ve done a lot of stuff in Rwanda in terms of reliving the past. A lot of the scenes in the book I pretty much saw her re-enact when she wasn’t well when I was little. But my mum’s book is so tightly connected with me, it’s like… I think I’m nearly ready to read it, but not just yet.”

Rocking a black bomber jacket, growing his hair high in tight dreads, Roger is no longer a wide-eyed breakout talent. This March, he’ll appear in cinemas across the UK as Jumah – the captivating focal point of dark British crime thriller Sixteen, produced on a tiny Kickstarter budget and shot in eighteen days, that tells the story of a former child soldier whose new life in London starts to echo of his violent past.

“I’ve never been a child soldier, I’ve never killed anyone, I’ve never been taken from my mother and forced to do acts that are still going on right now in the DRC,” says Roger. “But I guess I can relate because my mum has had to go through such traumatic experiences. I know how it creeps its way into everyday life.”

Director Rob Brown invited Roger’s input – “Only in a creative way. Not in a naive ‘he’s from Africa he should know’ way,” – but the character came to life thanks to friend Emmanuel Jal, a former child soldier and rapper who co-starred in African United. “He proposed I drink my own piss. Just to understand the hunger and thirst he had when he was out in the desert for weeks. Small groups would disperse themselves through villages and one night they were attacked and he was split up from his mum. That stayed with me, because I still have my mum. I don’t know what I’d do without her.”

For Roger, Rwanda holds all manner of joyful memories, of “millions of cousins” and so many positive things. “Rwanda has the most female politicians in Africa, they’ve banned plastic bags – the streets are cleaner than any central African country.” And yet, at sixteen, Roger was invited by the BBC to make a documentary called Genocide Baby in which he visits massacre sites. “When you go with a crew they have an agenda. It makes for good headlines and gets viewers in. It’s just a little frustrating, the standard cliche: ‘Guns in Africa!’ Everyone wants to see that, no one wants to see the happiness.”

This year is all about confronting frustrations – starting with a move to New York. “As progressive as I want London to be, it’s really not. The last huge crime drama that had a black face in it was Luther. It’s not that I want to see more black faces everywhere, I just want to see a bit more diversity. It’s a huge problem. There’s so much diversity in London and it influences everything, but the culture being represented by the actual populace isn’t feeding into popular film or TV. That’s a very real fear for me.”

If the world isn’t ready to write a story that fits, then Roger, just like his mother, is prepared to tell his own. He’s spent the past two months writing a script about an abstract artist’s struggle with addiction, inspired by Cutie and the Boxer, which tells the story of Japanese painter Ushio Shinohara, and a TV documentary he saw years ago called Ben: Diary of a Heroin Addict. “I’m growing my hair for the role,” he says pointing to a photo on his phone that resembles Basquiat. “And this year I want to meet other young creative people who share my love for cinematography and just want to make something.”

Terence Malik and Quentin Tarantino are influences, he says, but nowhere in the region of his greatest inspiration. “It has to be my step-dad, Paul,” says Roger. “My mum’s story taught me the importance of perseverance.”

And so it goes: the book that transformed Roger’s life was transformative in itself. The man who helped share his family’s past, became a part of their future.

Linkedin
RELATED ARTICLES
OTHER ARTICLES
Elijah Zgambo may be responsible for the evolution of skateboarding in Zambia, but it was dodging skinheads as a black skater in Russia where he first discovered his passion.
Thanks to DIY education project Waves For Change the young people of Khayelitsha are getting a chance to experience the transferable skills of surfing.
HUCK takes a journey across the creative plains of new South Africa and finds out how the next generation see their future.