Russell Ord started putting himself between the waves to find his own space in the world of surf photography. Now, his fearless approach to life is being captured in a documentary.

Russell Ord started putting himself between the waves to find his own space in the world of surf photography. Now, his fearless approach to life is being captured in a documentary.

In the funny way the world works, an old camera first made its way to Russell Ord’s hands because of a broken leg, rather than a poetic need to capture the wonders of the world. A surfer first, teenage Russell spent the recovery period of his fracture sat by the beach, absentmindedly capturing his friends catching waves, not thinking anything much of it. But that all changed when he decided to close the distance and get into the water, camera in hand. 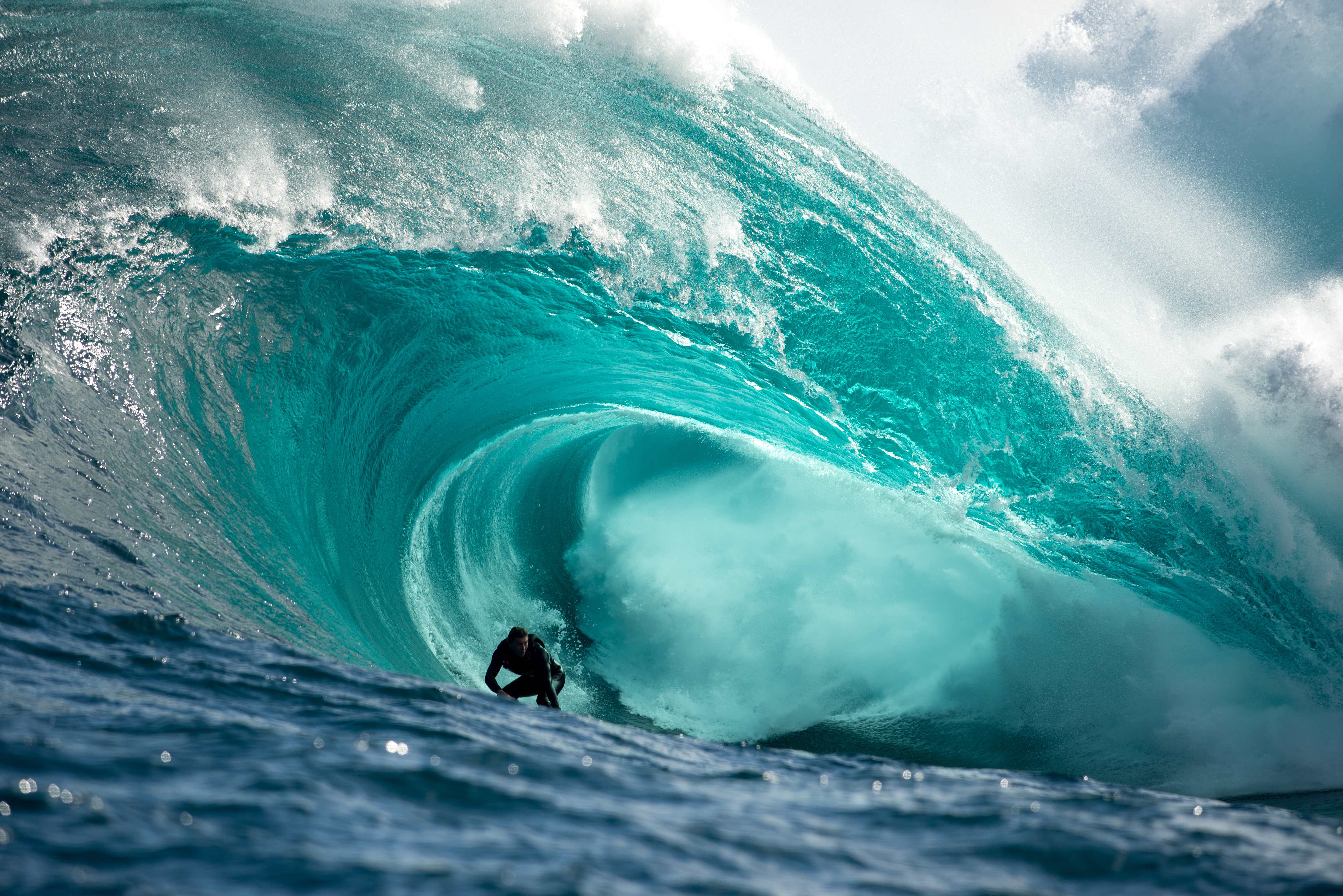 Today Russell is one of the most respected surf photographers in the world, known for pushing his limits and his hands-on approach. He chooses to put himself directly in the impact zone of the waves with his fisheye camera hoisted high, rather than staying with everyone else, who is shooting from a safe distance, on the beach or a jet-ski. This way, he tells me, he knows his images are his own – he can see the effort behind every single one.

“You look at the image seeing maximum effort, and you kind of get a different feeling from it,” says Russell. “When I see so many people in the channel shooting the same stuff I always think… that can’t be much fun. I mean you’re seeing beautiful moments, don’t get me wrong but – how does that photo give you maximum feeling? As a surf photographer, for maximum feeling, you have to be submerged in water.”

The results are mesmerising: surreal images of surfers going through massive waves that are shot so closely they seem almost solid. And while the whole process of capturing these shots may sound terrifying to the uninitiated, Russell approaches it with an extreme sense of calm. “Panic causes problems. In all situations,” he remarks.

Now, his unique approach to both photography and life are shown in One Shot – a documentary following Russell in and out of the water, going way beyond the surf photography industry. Instead, the film looks at his personal quest for absolute freedom, as well as the determination and effort that goes into each shot.

The photographer is trained for anything the waves might throw his way, and also very well acquainted with how the sea behaves due to his experience as a surfer – something he also attributes to a lot of other great surf photographers. But above all that, Russell peacefully embraces the fact that facing the possibility of death every single day, one way or the other, is nothing more than a part of life. 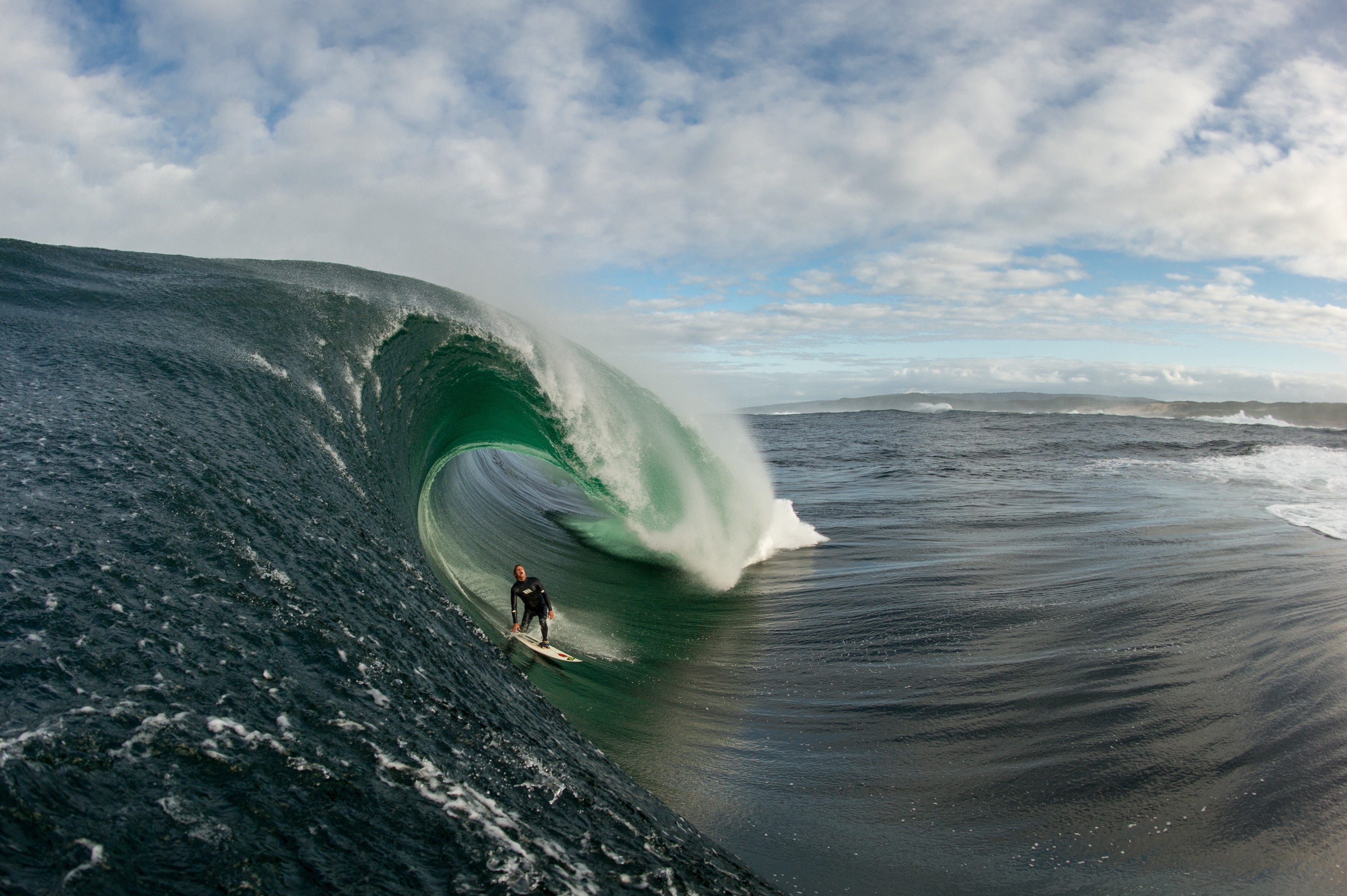 What stands out throughout the documentary is Russell’s sense of self-determination. It’s something he considers a natural instinct, but is also something that was strengthened by his years spent in the fire brigade.

“I didn’t think a lot of that [firefighter work] affected me, but looking back I can vividly remember cutting dead people out of cars and all that stuff. All those moments might’ve added up to who I am today,” he says. “Because that’s how life changes so quick – so why worry about it? It’s not really about being confident, it’s more about the fact you’ve just got to do what you want to do. Do you want it? Then do it.”

He continues: “What’s the worst that can happen? It’s a failure if you don’t try – that’s a failure. If you do it and it doesn’t work, then it’s not failure, it’s just having a really good go at life, and then you move on to the next thing you want to do. You’re never going to regret the chances you took, because you’re always either going to learn from them, or something’s going to happen.”

There is no doubt that Russell practices what he preaches. Even now, after many years committed to shooting the waves and getting the perfect shot, Russell is embarking on a new adventure. He and his family have sold their house and their furniture, and will be travelling together in a car for the next six months, meeting different communities around the country. There is no plan. They’re just playing it by ear.

One Shot is out now, available on Vimeo. You can learn more about Russell through his website.

Linkedin
RELATED ARTICLES
OTHER ARTICLES
Thomas Hoepker‘s images taken during a road trip across America provide a searing social commentary about a divided country.
In the latest instalment of Photographers in Conversation, the chronicler of raves, protests and beyond explains why he’s drawn to such specifically visceral environments.
Wealth inequality and the rising cost of socialising is placing a strain on people’s relationships, reports Eve Upton-Clark.
50 years since its inception, and the campaign calling for recognition that capitalism depends on domestic labour is as pertinent as ever.
Photographer David Hoffman recalls documenting the extreme wealth inequality around Tower Hamlets and Hackney int the 1980s.
The author discusses the all-consuming nature of heartbreak, and turning the experience into an incisive exploration of love and loss.