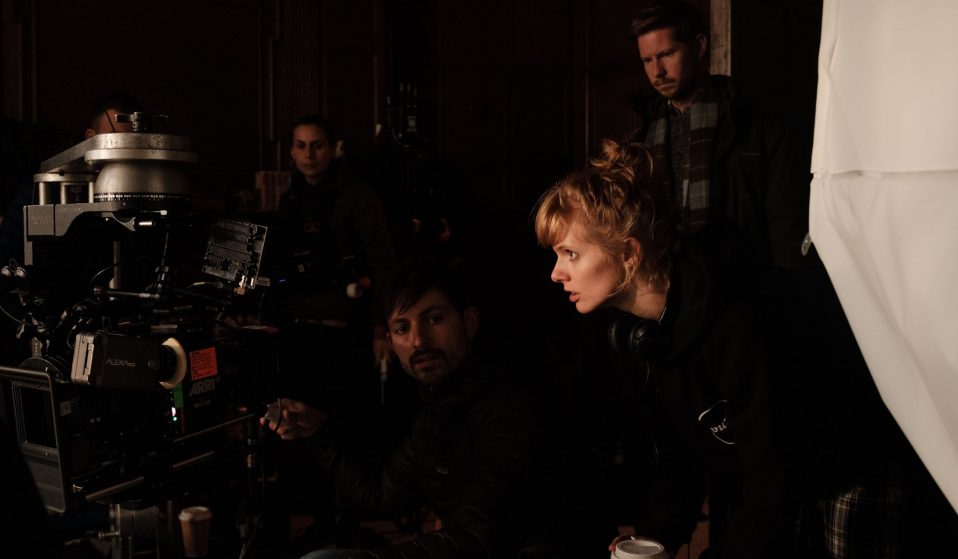 The British writer-director’s unforgettable debut is finally in UK cinemas. To mark its release, she explains how she made an empathetic genre movie.

After a lengthy delay, the British writer-director’s unforgettable debut feature is finally in UK cinemas. To mark its release, she explains how she constructed empathetic genre movie concerning mental illness and body horror.

Saint Maud, the acclaimed horror darling of the past year’s festival circuit, finally reaches British cinemas on a wave of hype – despite release delays owing to the COVID-19 pandemic. As the debut feature of British writer-director Rose Glass, the psychological drama follows Maud (Morfydd Clark), a reclusive, pious hospice nurse with a dark past, who becomes dangerously obsessed with a perceived higher purpose and her latest patient in a seaside town: Amanda (Jennifer Ehle), a hedonistic and embittered retired dancer who’s dying of cancer.

Glass has pointed to Taxi Driver as a specific influence on Saint Maud’s structure, with both sharing narration by the increasingly volatile protagonist. She also pays homage to Martin Scorsese’s film with at least two specific shots. “Generally any stuff that I felt that, in some way, I shouldn’t be watching, I wanted to watch,” she says of her burgeoning enthusiasm for left field cinema in her early teen years in the 2000s, which included films by David(s) Lynch and Cronenberg, Hideo Nakata (Ring), Takashi Miike (Visitor Q) and Fruit Chan (Dumplings).

To mark Saint Maud’s UK release, Huck spoke to Glass at this year’s Glasgow Film Festival – in an interview that originally took place back in March – about making an empathetic genre movie concerning mental illness, body horror, and the extreme places the human mind can take us.

Do you feel the film is set in a particular time? There’s very little in the way of cultural signifiers.
It’s set in the present day, but in a heightened, slightly timeless alternative version of it. Amanda’s got a smartphone, but you’re right, it’s deliberately timeless. I think it’s partly a personal taste thing. Some of my favourite films are from or inspired by stuff in the ’60s and ’70s. But also, by setting a film in its own world to an extent, for me it just gives the story an ever so slightly more allegorical feel. It intensifies stuff a little.

Hopefully, it focuses you in a bit more on the psychology of the characters, as opposed to the idea I’m trying to make a comment about a particular part of England. We shot all the interiors in London, all the exteriors in Scarborough. But in my head, it’s a fictional made-up place. It’s definitely the UK but it’s deliberately Nowheresville to focus you in on the characters and psychology of it.

What is your own relationship to religion or Catholicism specifically?
To be honest, I never specify in the film that she’s Catholic. But basically, probably a fairly typical English, middle-class, Church of England kind of thing. I was christened and I did go to a Catholic school, so quite a few of my teachers were nuns. My dad’s dad was a vicar but he died before I was born. I’d go to church growing up and saying prayers and singing hymns was a fairly normal thing. It was, I guess, a texture of my life, but it was never rammed down my throat in any extreme way. And probably because of that, it was something I was just not interested in. Particularly as a teenager, going to church was so boring.

It wasn’t until I got a bit older, and moved away from home and started doing my own thing more, that with a bit more distance, I started looking at it and being a bit more interested – though more from a psychological point of view. And again, looking at the extreme end. I’m interested in cults as well, and obsessions and fetishes and all these more extreme places that the human mind can take people. And obviously, a lot of stuff in that area has to do with religion. So, in that sense, I was interested.

You suddenly start seeing the stranger elements of things that you just took as normal. I’d go back to church at Christmas and start actually listening to some of the words that my family and grandparents are all solemnly saying and think, ‘Oh, some of this is pretty dark and strange.’ 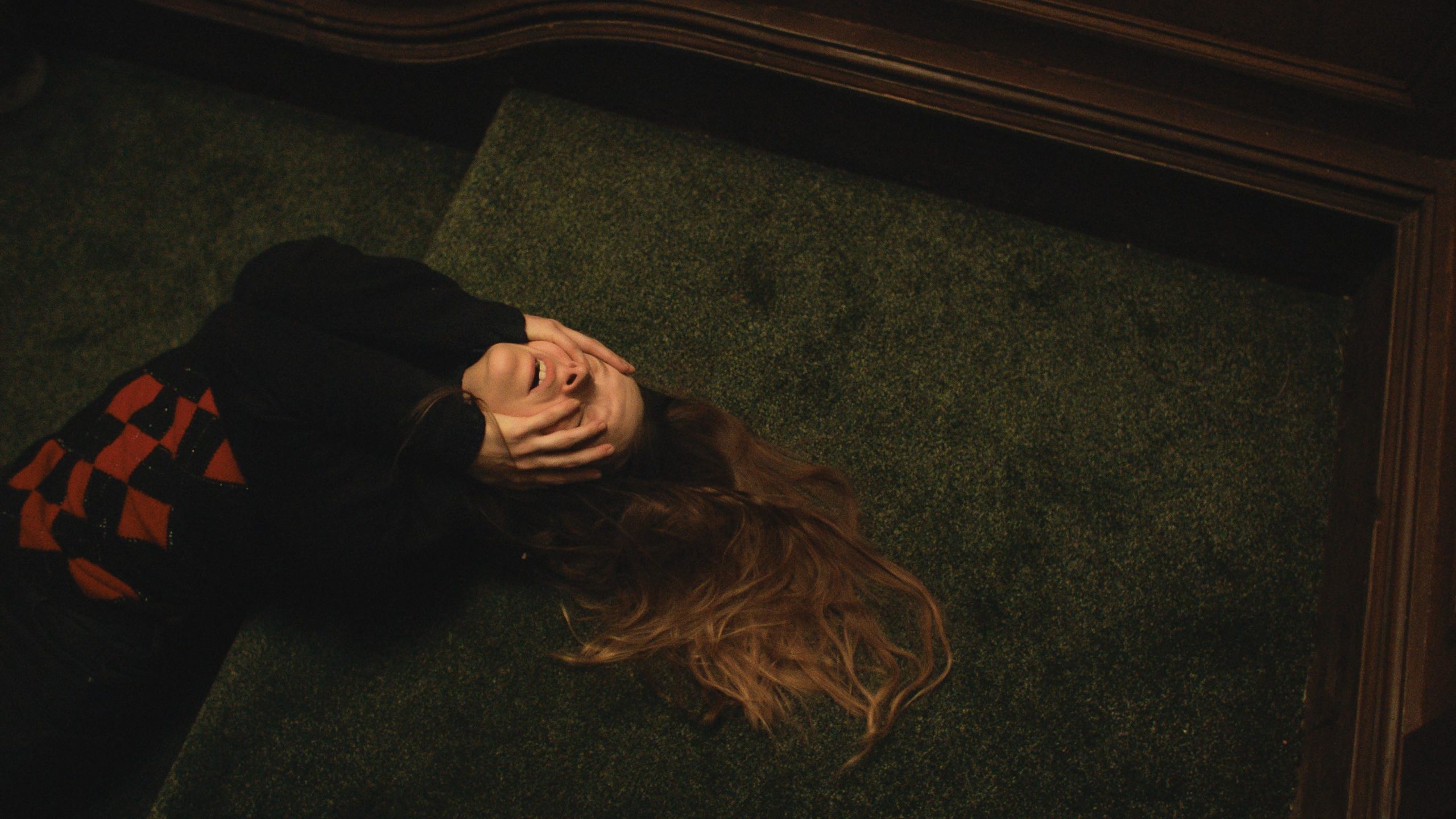 What sort of challenges were there in sensitively and empathetically dealing with themes of mental health, faith, loneliness and social alienation within the context of a genre movie?
It’s a balancing act. I was aware from the beginning that if you make any film that explores faith, mental health, some people will probably be offended by it. So, to be honest, I tried to basically not…

Care?
Well, no, because I care, so the last thing I wanted to do was be demonising people with mental illness. The whole film for me is an exercise in empathy, if anything. And it comes from the point of view of someone who… I’m a massively neurotic person, not to the extent of Maud. But I never wanted it to be the kind of story where we’re just watching this weird girl doing weird stuff and judging her and not understanding why she’s doing it. From the very beginning, it was all about empathy and getting us to sort of be aligned with her, because I think people are very quick to judge and maybe dismiss people behaving strangely. Or behaving in ways that we don’t understand, or doing things which seem inexplicable or dangerous. And it’s easy to dismiss that as people just being mad or just this and that.

With anything like that, with any person you see who’s in trouble, I think there’s always a long, complicated individual history that’s led up to that point. The kind of stuff that Maud does at the end of the film, that doesn’t happen overnight. And there’s lots of moments in the film and in Maud’s life where maybe if somebody had intervened or treated her differently, or been kinder or tried to understand, that it might have been that the story could have had a very different outcome. That was always an important part of the story to me. 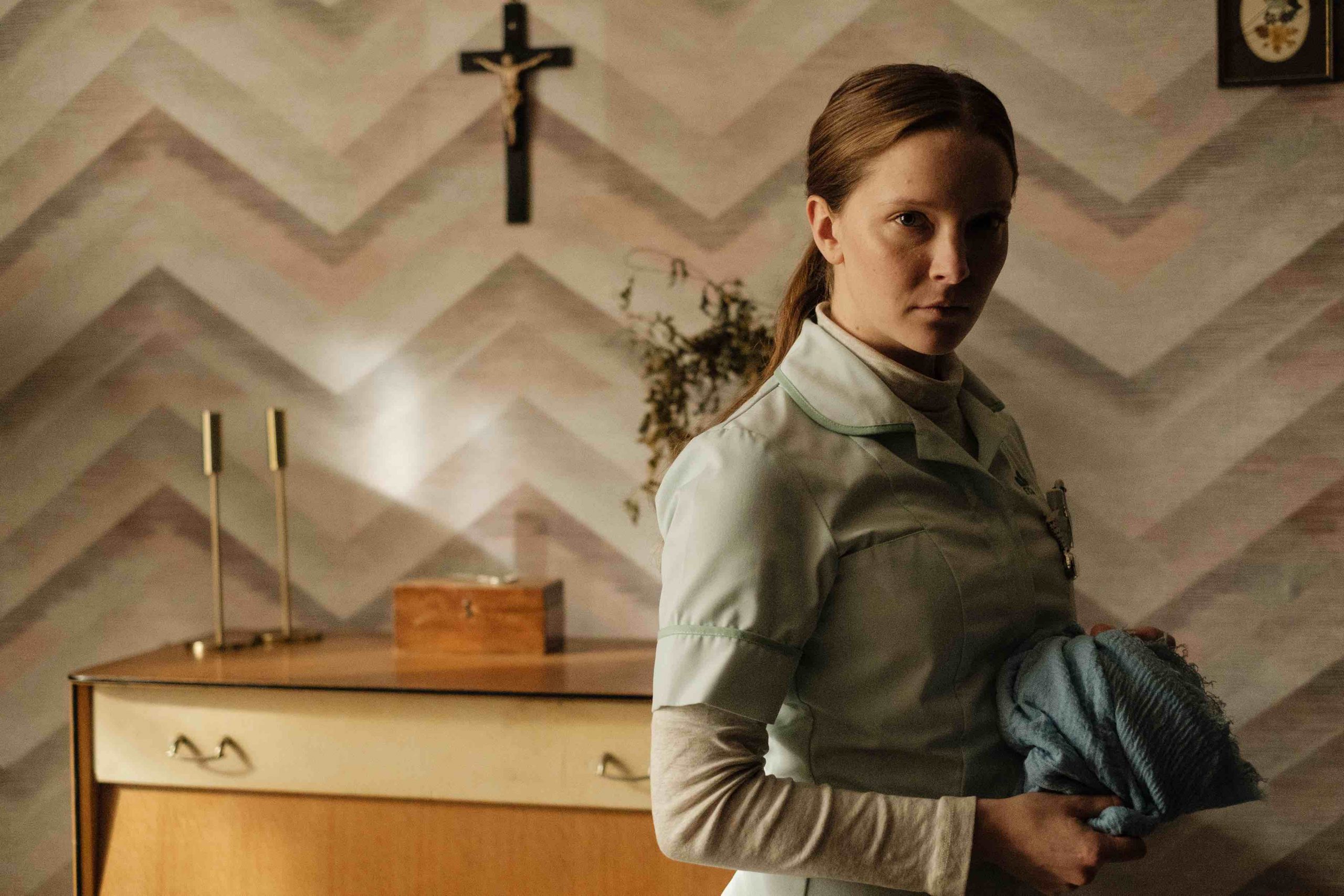 Some of the more overtly frightening moments in Saint Maud concern distortion of the human body and a lack of control over physical responses. It’s the sort of film that provokes gasps or shrieks at several different points when seeing it with other people. Is body horror a subgenre you particularly like?
Bodies and brains are basically what I’m interested in; how they affect each other, and how much or little control we have over them or them over us, all that kind of stuff. Anything I’ve written has tended to have a character that has some sort of weird relationship with their body.

I like films that get a visceral reaction, so ’s incredibly gratifying to be sat in an audience and have people squirm and shriek at the right moments. There’s something a bit pervy about the whole thing of making a film. You spend so long meticulously crafting this experience for a group of strangers to experience in a dark room together and hope that they squirm a bit.

Linkedin
RELATED ARTICLES
OTHER ARTICLES
Cindy Campbell recounts how her brother ushered in a new era of musical culture at a party she held in the Bronx in ‘70s.
The two-day long event returned to London this year, showcasing a spectacular parade, steel bands and Caribbean food.
Yesterday thousands gathered outside Buckingham Palace after news of the Queen’s death broke.
A 37-year-old woman shares how her abortion led her to become a clinic worker, and the abuse she’s received in that role.
For over a decade, gamblers have won big by employing people to place live bets from the court. But does this dubious method still work?
In his 2008 series, the photographer pictured himself as Angela Davis, Martin Luther King Jr., Malcolm X, and other prominent figures.