A viral music video calls for gender equality and ridicules the absurd restrictions and male domination of women in the Middle East.

A viral music video calls for gender equality and ridicules the absurd restrictions and male domination of women in the Middle East.

A group of twenty-something Saudi women scramble into an SUV, ready for a road trip, but it’s an immature young boy who takes the wheel. As the women start clapping the first bars of ‘Hwages’, the underage male driver aimlessly plays with the steering wheel, showing how unsuitable he is to be taking charge.

It’s one of a many hilarious visual jokes in a viral music video that challenges the restrictions on the activities of women in the deeply conservative Islamic society of Saudi Arabia. Produced by 8ies Studios’ Majed Al Esa, its title translates as ‘Concerns’ and the upbeat pop number has already clocked up over three million views on YouTube.

The lead women, all dressed in niqabs, revel in the activities that are forbidden by law to do without male supervision in Saudi Arabia, but that women in the rest of the world often take for granted: cruising down the street on scooters and skateboards, shooting some hoops and colliding with one-another in bumper cars.

Far from care-free pastimes, Saudi men often criticise these activities as “disgusting”, and there are a pair of disapproving, Trump-supporting misogynist guys who do their best to show their disapproval and to shut down the fun.

The raucously bubbly imagery hides some biting social commentary and lyrics that translate as “Men make us mentally ill” and “If only God would rid us of men”. It seems like lighthearted fun to outsiders, but the temperature is rising in the debate about the oppression of women in Saudi Arabia.

Thousands of Saudi women recently signed a petition to demand the end of guardianship laws – the root of many of the controls over women’s lives and which require women to have male permission and supervision while travelling, getting married or other seemingly humdrum tasks. Extensively reported by Human Rights Watch, #IAmMyOwnGuardian became the rallying cry on social media as brave female activists put their campaign on the global agenda. 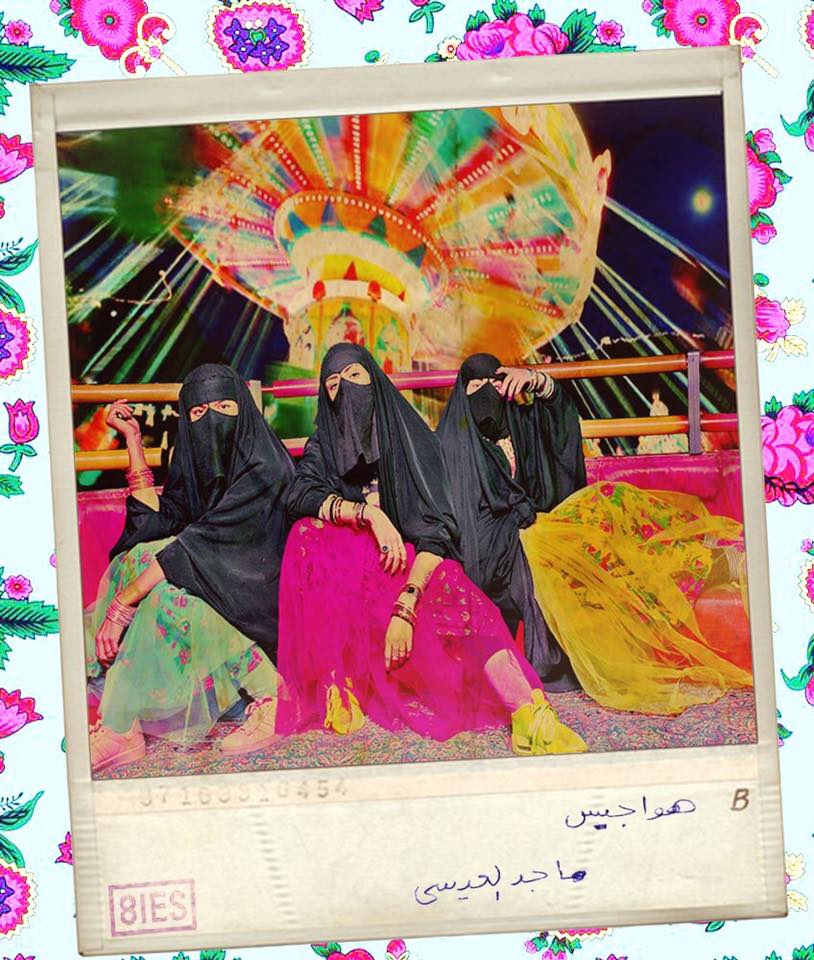 Music videos have raised the ire of the religious authorities before, with Saudi political leaders publicly condemning the ‘barbs’ dance trend, again created by Saudi singer Majed el-Esa, as immoral and wrong.

But despite condemnation from the powers that be, a new, young and connected generation are increasingly using the internet and social media to challenge one of the most conservative societies on earth. The question now is how much greater youth-led pressure for change in the years to come can shake the stranglehold religious and political authorities have over Saudi society.

Linkedin
RELATED ARTICLES
OTHER ARTICLES
Yesterday thousands gathered outside Buckingham Palace after news of the Queen’s death broke.
Photographer David Corio’s archive offers a glimpse inside a revolutionary era of music and nightlife.
As the Scottish government announces a rent freeze, an activist with Living Rent who fought and won shares how they did it, and what must come next.
A group of young Palestinians have found temporary freedom in the act of parkour, reimagining wreckage and ruins as a series of high-octane playgrounds.
Ahead of the release of their first collaborative album, the producer and rapper talk psychedelics and the state of UK hip hop.
Financial turmoil is pushing people who work in the sex industry into more dangerous and desperate situations as a means of survival.