Art & Culture / Film / The reality of pregnancy as a transgender man 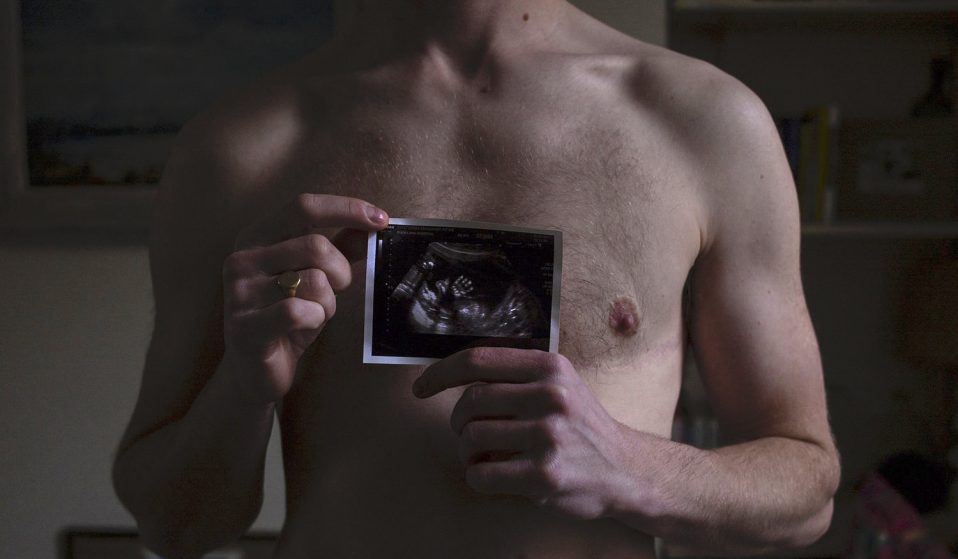 A new documentary tells the story of Freddy McConnell, a man on a quest to start his own family and become a parent.

A new documentary tells the story of Freddy McConnell, a man on a quest to start his own family and become a parent.

Goths, music geeks, scammers, and the man responsible for looking after the snow in Game of Thrones: on the surface, there is very little that connects the people in Jeanie Finlay’s films.

The Nottingham-based director of films such as Sound it Out, Game of Thrones: The Last Watch, The Great Hip Hop Hoax and Orion: The Man Who Would Be King has taken on a wealth of subjects over the years. The director’s documentaries are deeply human, compassionate and thoughtful; free from judgment and exploitative practices.

Her latest is no exception. Seahorse tells the story of Freddy McConnell, a transgender man on his quest to start his own family and become a parent. It’s a deeply intimate, tender and emotional film that captures Freddy’s journey, through both ups and downs, on his path to give birth. After the film received its EU premiere at Sheffield Doc/Fest, we caught up with both Freddy and Jeanie to discuss the film.

Freddy, how was it for you watching this film for the first time?
Freddy: It was an amazing experience. My experience of pregnancy was really hard, much harder than I would have ever been able to anticipate or imagine, and I went into that first screening just not knowing what to expect – that maybe it was going to be awful and a huge problem. So seeing it and finding that it was the exact opposite and that it was very true and resonant, I was floored.

Why did you decide to have your story told on film?
Freddy: I’d been thinking for a few years about how I was going to start my family and that I would like to share the experience. When I met Jeanie it was instant recognition – especially the idea of making a film and it not being something that focused on me being trans. She understood that it was a film much more about family.

Did you feel a sense of responsibility going into this, Jeanie?
Jeanie: Every film is just putting one foot in front of the other. I tried not to think about the wider audience too much. It was just about what I was seeing and hearing and asking how does that make me feel and how can I transcribe it to an audience.

Was the possibility of being outed a real worry whilst making this film?
Jeanie: I was worried. We had an emergency meeting where we asked what would we do. Luckily, Freddy carried really small and because of his male privilege, people just read him as someone who had a bit of a beer belly. When I was pregnant I looked like I was carrying twins from about 12 weeks on and that invited a lot of unwanted touching. I hated it. It’s like you’re public property as a pregnant person.

Freddy: I didn’t have that at all. I would have been very private about it whether or not the film was being made. By the end of my pregnancy, maybe only a couple of dozen people knew. I locked down my social media completely. I would have worried about being a tabloid story regardless of if the film was made. The year I was pregnant there were a few awful examples of that.

Was part of you wanting to do this film to gain control of the narrative, Freddy?
Freddy: I don’t know about control because I definitely understood that I didn’t want to make the film myself. I wanted someone to bring expertise and a really strong creative vision. I didn’t want to become the story, but I wanted to be able to tell my story on my own terms and in my own time – to be a collaborator, that was important. I know the pitfalls around trans storytelling and the tropes and I wanted to be able to avoid the terrible experiences that friends of mine and people in the community have had in terms of being manipulated and having stuff stolen. I wanted to show that you can tell a story in this world where people don’t get hurt.

How did your relationship change over time when making this film? Obviously you spent so much intimate time together.
Jeanie: I want to get to know people with a camera in my hand. I don’t believe in the notion of fly on the wall filmmaking, I think it’s insulting to filmmakers. Partly because we’re not invisible and also I think a film is an expression of intimacy and the chemistry of a relationship – usually a relationship that grows and evolves over time. I’m friends with almost everyone I’ve ever made a film with. However, I feel deeply connected to Freddy in a way that’s quite hard to articulate. Also Freddy’s baby, I feel a bone-deep tenderness and sense of love to because I’ve seen every stage of his creation.

Freddy: I was struggling in so many ways. I would have definitely been struggling whether cameras were there or not. I’ve had trans men talk about being pregnant and I just assumed – because I felt so confident and gung ho about it – that I’d be on the end of the spectrum of trans men talking about how they found pregnancy so empowering and how it reinforced their masculine identity as being the protectors. But I just didn’t find that. It was a real perfect storm of difficulty.

Do you hope the film will serve a purpose, or deliver a message?
Jeanie: We’re going to do an outreach campaign with NHS workers and midwives. We’d also really like the film to reach a queer and trans audience so that they can see a different way of storytelling that isn’t just shock-doc. To show them something that isn’t exploitative and that there is a different way of these stories being told.

Freddy: The outreach has very specific goals but I also just want trans and queer people to watch the film and not feel like they are on the edge of their seats waiting for the moment when it all comes crashing down. I hope it’s a different experience for them. As for the general public, it’s not that they have to feel like they’ve learnt something and can go and crusade on behalf of trans people but just literally have the experience of spending 90 minutes in the company of a trans person – because there aren’t enough of us to go out there and do it in person. That’s the biggest problem I think, there’s a huge empathy gap and I want this film to hopefully instil some subtle awakenings or softening’s. Prejudice cannot survive proximity.

Linkedin
RELATED ARTICLES
OTHER ARTICLES
The government’s failure to take long Covid seriously has led to the formation of a group campaigning for the thousands of forgotten victims of the illness.
Photographer Robin Graubard’s debut book offers an unflinching record of turbulence and change across the Balkans.
Our new magazine is here, starring the inimitable Mitski. Order your copy now and join us on a trip around the world.
The government is scrapping the Human Rights Act in a move that will hit marginalised people hardest.
The failure to hold landlords to account is denying tenants their basic dignity, writes Bella Saltiel.
The revered showbiz chronicler recalls his journalistic beginnings, documenting subcultural scraps in the ’80s.