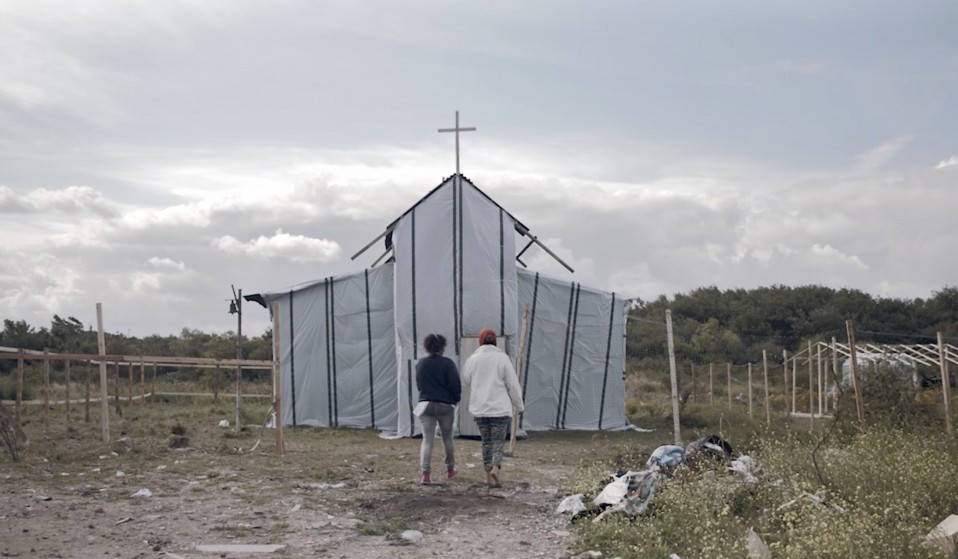 In Tough, Journey of a Stateless Man and Calling Home, promising young filmmakers show three different sides of immigration around the world.

In Tough, Journey of a Stateless Man and Calling Home, promising young filmmakers show three different sides of immigration – ranging from a mother-daughter conversation to the experience of being stripped of your identity.

Both in films and in life, many things that can be said in ten minutes or less. A relationship can end or begin, a character can learn a valuable life lesson, a new friendship might blossom, and a political point can be made.

These are all themes that can be seen in this year’s edition of The Shortest Nights – the London-based short film festival highlighting the work of emerging creators from all areas, ranging from animation to documentary.

We selected three films from this Sunday’s programme, which focus on exploring different aspects of what it means to be an immigrant – from a personal account of diaspora to an art film giving a face to the stories told by women in Yarl’s Wood.

Jennifer Zheng didn’t know her parents had been in the China’s Cultural Revolution until right before she started working on her first “proper” film. She knew her mum was tough, but the trauma endured by both both her parents had never before been discussed.

Inspired by a discussion with a university counsellor about never wanting to cry in front of people and Tumblr text posts about race, Tough is the visual embodiment of Jennifer’s exploration of her own cultural identity, narrated and informed by a series of discussions with her mother.

The animation creates a clear link between the historical, cultural and personal aspects of self-perception, journeying from her mother’s untold childhood stories to Jennifer’s own questions about her upbringing in Britain, and their relationship with a racial identity.

Considering it an extremely cathartic process for both herself and her mother, Tough offers an emotional perspective on intimate aspects of Chinese diasporic identity that are often swept under the rug or only ever discussed theoretically.

The Journey of a Stateless Man, by Daniel Ali

For a while now, it has been difficult to find a portrayal of the refugees who lived in the Calais Jungle that goes beyond misinformed fearmongering. But after visiting the camp back in 2015,  London-based filmmaker and photographer Daniel Ali wanted to offer a different perspective.

The Journey of a Stateless Man is a film narrated by Talal – a 39 year-old refugee from Kuwait whose dad became bidoon jinsiya, or ‘Without Nationality’, after Saddam Hussein’s 1990s invasion of the Arab country. The bidoon currently live without basic civil rights, citizenship or protection, and are under constant repression at the hands of the government.

When in Calais, Daniel met Talal and a group of eight other Kuwaitis who were in the same situation – stateless, trying to find a better life for them and their families. In this short documentary, the 39-year-old tells his own, and the bidoon’s frighteningly common, but largely unheard of story and struggle.

“How do you make a film about women that the British Government doesn’t want you to see?” is the leading question behind Jade Jackman’s short film, narrated by some of the people being detained Yarl’s Wood detention centre.

Volunteering with organisations looking to tackle sexual assault after the British Government’s Legal Aid Cuts of 2014, law student Jade found herself at Yarl’s Wood, compiling dossiers on the systematic abuse women were (and still are) going through within the centre’s walls. That’s where Calling Home began taking shape.

Very emotional and brutally honest, the short looks to bring the stories of these strong women to the public eye in a way that’s personal and human. Knowing we live in a visual culture, Jade’s short uses a conceptual set and an actress to illustrate and give a face to the conversations had with these women who are kept hidden, where pressing topics range from the importance of earrings and identity, all the way to suicide attempts and loneliness.

Jade’s approach to the making of the documentary never focused on exploiting trauma and bringing up difficult memories for shock value – rather, she recorded everyday conversations with the women she has known for over a year.

“If the government aren’t doing anything wrong, then why are they hiding it away?” she tells me over the phone. “They take people in the middle of the night, and it’s verbatim that the UN wasn’t able to go there. These are all facts.”

The Shortest Nights 2017 takes place at The Yard Theatre in Hackney Wick, this Sunday, June 18 from 12PM to 11:30PM. You can get tickets on their website.

Linkedin
RELATED ARTICLES
OTHER ARTICLES
Photographer David Corio’s archive offers a glimpse inside a revolutionary era of music and nightlife.
Following the announcement of an 80% hike in the energy price cap from 1st October, crowds gathered outside the offices of energy regulator Ofgem to protest and declare their intention to undertake a payment strike.
Demonstrators gathered outside of Parliament to voice their concerns about the monarchy and the crackdown on dissent.
Yesterday thousands gathered outside Buckingham Palace after news of the Queen’s death broke.
The two-day long event returned to London this year, showcasing a spectacular parade, steel bands and Caribbean food.
The workforce is now gearing up for industrial action after receiving a measly pay rise, reports Ella Glover.