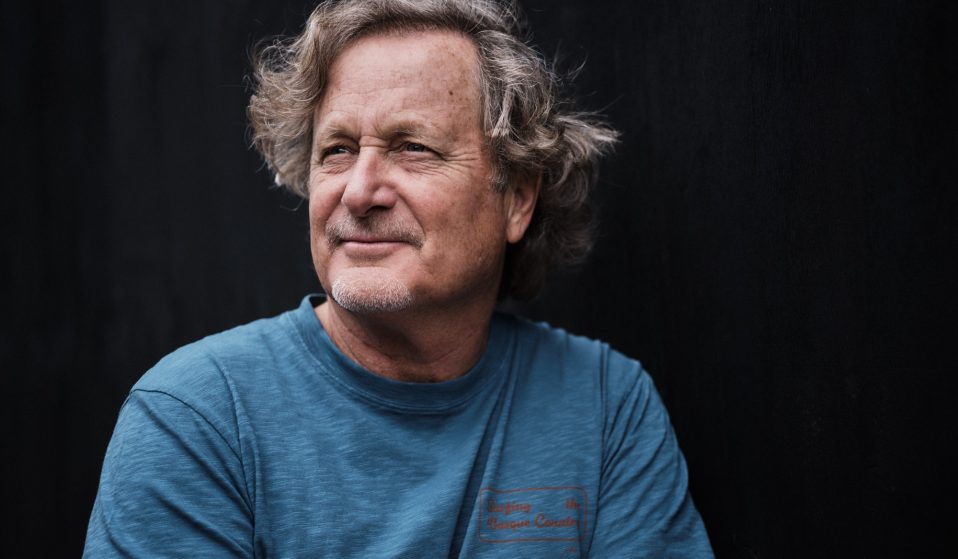 To mark the premiere of his new documentary on surfing giant Gerry Lopez, the filmmaker and former pro skateboarder sits down to share his unique brand of wisdom.

To mark the premiere of his new documentary on surfing giant Gerry Lopez, the filmmaker and former pro skateboarder sits down to share his unique brand of creative wisdom.

Stacy Peralta navigated the process from pro skateboarder to filmmaker with characteristic poise.

He began shooting, directing, producing and editing videos for his skateboarding company because they couldn’t afford to hire anyone else. “I literally got a film school’s worth of education doing it,” he remembers, speaking today from the London Surf Film Festival, where his latest feature, The Yin and Yang of Gerry Lopez, is premiering.

This soon got him noticed by Hollywood. From there, he began directing TV, before the acclaimed 2001 documentary Dogtown and Z Boys announced him as a singular voice to be reckoned with.

The Yin and Yang of Gerry Lopez, a feature documentary about the eponymous surfer, is another hit. But Peralta almost turned down the opportunity to direct it. “I’ve known Gerry for 20 years – we were part of a group that learned to kite-board together – and when Patagonia went to Gerry about making a film about his life, he only wanted me to make it,” he says.

Despite his initial reservations, Peralta rose to the challenge with aplomb. Carefully piecing together Lopez’s life and career, and using a vast array of archive footage to help do it, the documentary paints a portrait of one of surfing’s true giants.

“I guess I saw the parallels in that we were both at the beginning of things: him modern surfing; me modern skateboarding. We had careers that we didn’t expect and we both had a lot of longevity. We both continued to grow and evolve and I think we’re both very disciplined. At the same time, I don’t want to be so bold as to say that I’m his calibre.”

To mark the film, Peralta sat down with Huck to look back on the advice he’s gleaned from a unique career. 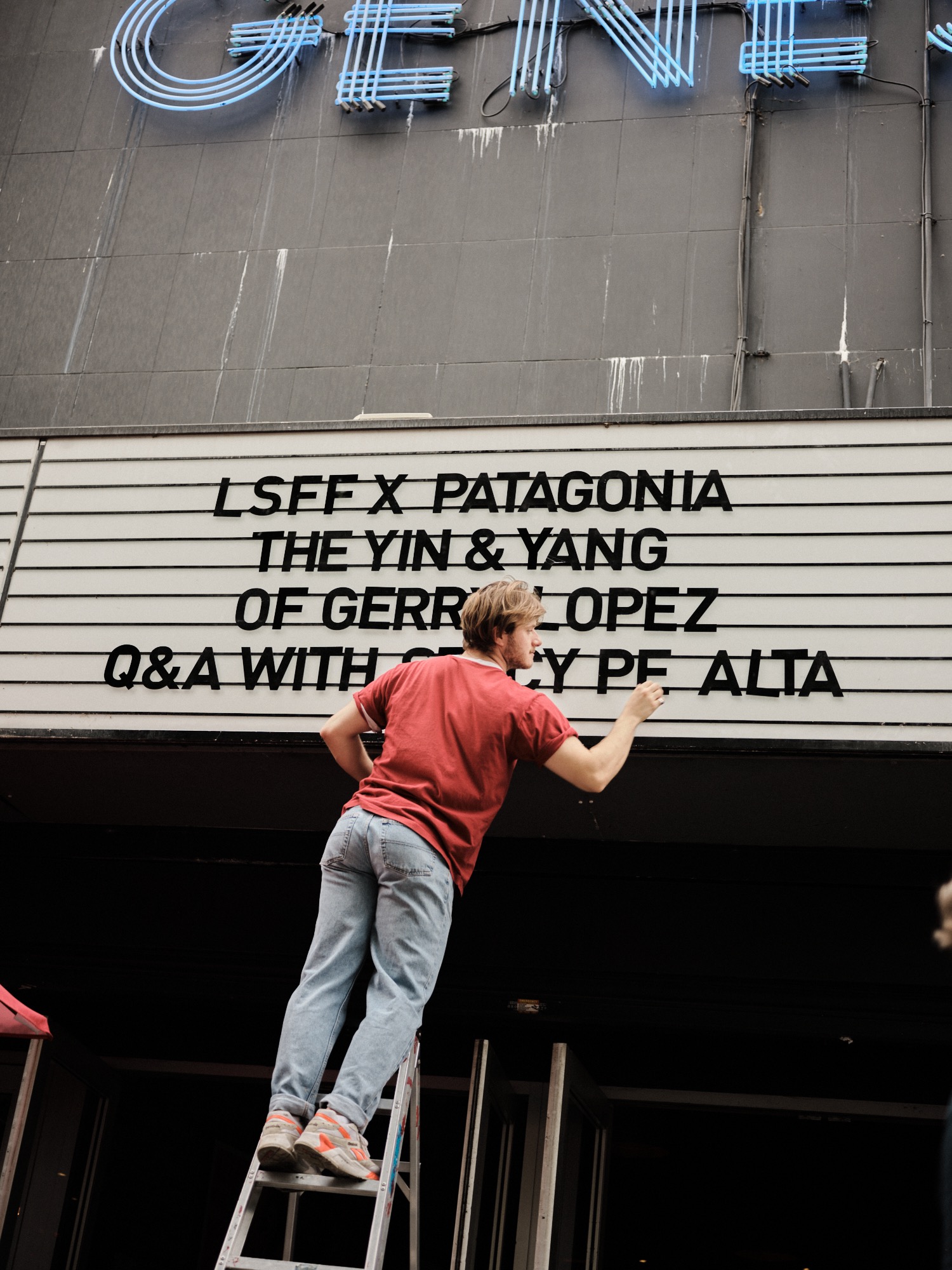 “When I have a good day of skateboarding or surfing, I can feel it, somewhere, somehow in…  here. Creatively, when I land on something, I somehow leave my head and I just go to this same place. It’s a feeling, it’s not a concept. It’s landed and I’m in the right place, I must have done all the prep right because this just feels right. It’s hard to define. There’s a power and excitement in it.”

“I grew up on this skateboard team called the Z-Boys and I was the first one of us to get a real fantastic trip as a skateboarder; I was sent to Australia, aged 17.

“One of the older skaters on that team cornered me one day behind the shop and he said to me, ‘If I didn’t like you, I’d be jealous of you. You’re getting something that all of us want. We’ve worked harder than you, but you got it. Don’t screw this up, because you’re representing all of us.’ And he goes, ‘If the knuckleheads on your team went over there, they’d throw televisions out of the windows… you better not screw this up.’

“He was basically telling me, ‘You’ve been given the opportunity of a lifetime, take advantage of it.’ He was someone that I respected a tremendous amount, and he put the fear of God in me.”

“Inspiration? I read a lot. The books I read inspire me. Music does too. Something that I read in the paper that makes me angry; a conversation with a friend. I’ll wake up, feel better after a good sleep and all of a sudden something clicks. I’ll be working in the garden. It’s any one of those things.

“I’m aware that I don’t get inspiration from one thing and I have to make sure that I fill my life with things where I can find inspiration. I think it’s important to have creative outlets in your life to help you bounce out of your box. It’s so easy to get fixed – and I do get fixed – and I need to get out of it. So I do various things to get my out of myself. It’s easy to get stuck, so I need triggers to get me out.” 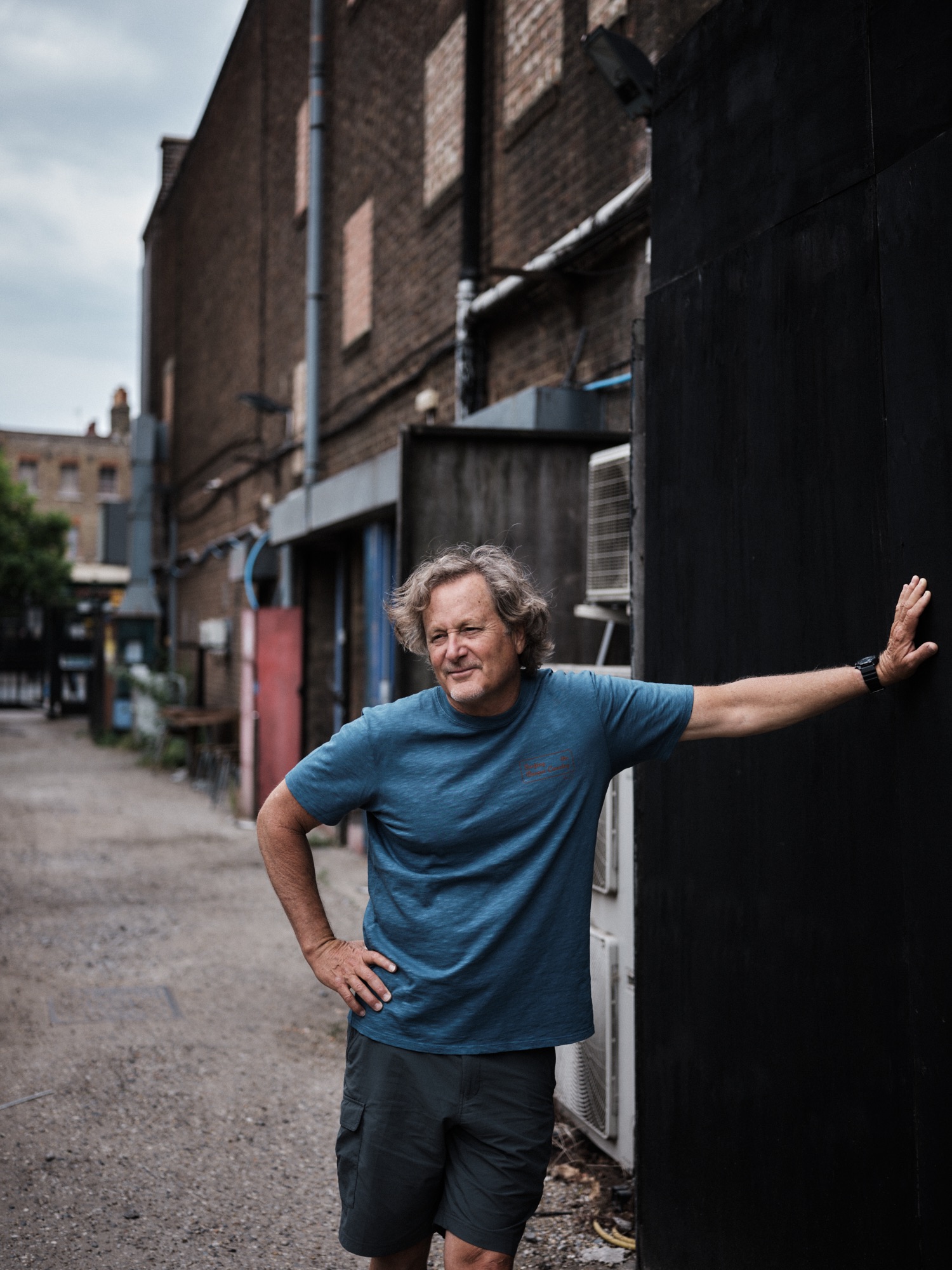 “Two things persuaded me to do this film. Gerry and I were kiteboarding one day and I got out of the water to rest. It was an absolutely perfect day, the wind was perfect, it was a beautiful sky and he was attempting a new trick called a down-loop, which is very difficult. He attempted it, he fell and his kite fell. I thought to myself, ‘Interesting. I don’t think he’s going to do that again.’

“But he got his kite back up, got back up on the water and he did it again – and he fell. I thought, ‘Okay, that’s two times down, he’s not going to do it again.’ He did it for the next two hours. He sacrificed this entire beautiful day to learn something that he’d never learned – and it was the first time that I saw him struggle. I realised, ‘Wait a minute, maybe it’s not so easy for him.’ It was the first time I saw him as human.

“The second thing is that I’ve surfed with him before and he’s difficult in the water – so difficult that I went off down the beach to surf somewhere else, I didn’t want to be around him. I struggled with that because he’s a really nice guy on land.

I was telling this to a friend, I was saying, ‘I don’t know who he is – is he the nice guy, or is he the tiger shark?’’ My friend said, ‘You’re looking at this all wrong; you’re trying to classify him as one of those, but he’s both, and he can be both.’ When he said that to me, a lightbulb went off. I went, ‘Okay, I can see a way into this.’”

The Yin and Yang of Gerry Lopez premiered as a special London Surf Film Festival screening. Learn more about the film on the Patagonia website.

See more of Liz Seabrook’s work on her official website.

Linkedin
RELATED ARTICLES
OTHER ARTICLES
Yesterday thousands gathered outside Buckingham Palace after news of the Queen’s death broke.
Following the announcement of an 80% hike in the energy price cap from 1st October, crowds gathered outside the offices of energy regulator Ofgem to protest and declare their intention to undertake a payment strike.
In his 2008 series, the photographer pictured himself as Angela Davis, Martin Luther King Jr., Malcolm X, and other prominent figures.
Thousands attended the annual event this year to wheelie through the city and call for ‘knives down, bikes up’.
Cindy Campbell recounts how her brother ushered in a new era of musical culture at a party she held in the Bronx in ‘70s.
Sean Maung’s photos are a love letter to the Black and brown communities that make up New York.