Art & Culture / Film / From punk to postman with Vic Godard 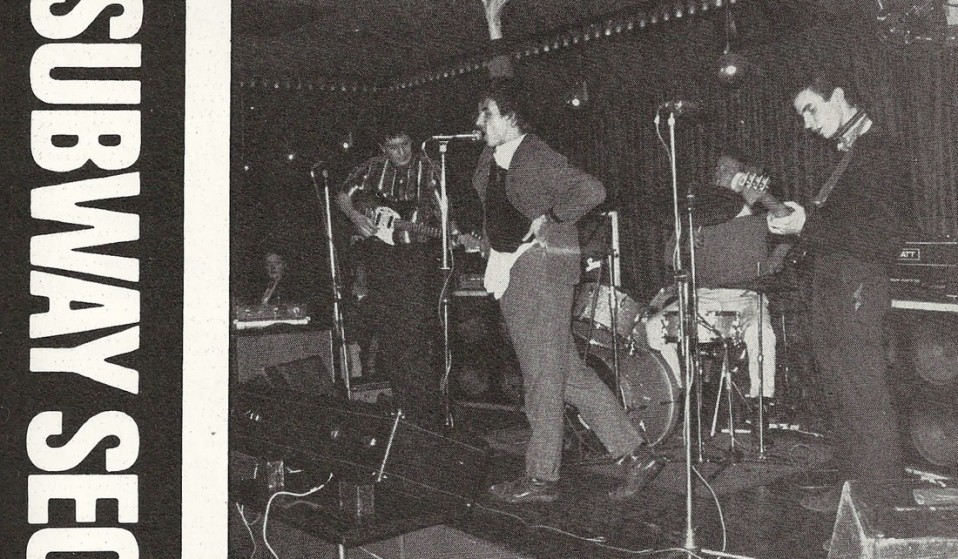 Subway Sect were one of Britain's first punk bands, inspiring everyone from Joe Strummer to The Jesus And Mary Chain. With a new film about the band and their enigmatic frontman coming out in August, we had director Graham Bendel have a chat with himself about it...

Subway Sect were one of Britain's first punk bands, inspiring everyone from Joe Strummer to The Jesus And Mary Chain. With a new film about the band and their enigmatic frontman coming out in August, we had director Graham Bendel have a chat with himself about it...

Graham Bendel seems to be drawn to rock ‘n’ roll’s filthy underground. His recent book Dress Rehearsal Brags, one of our favourite books of April 2015, trawled through subculture’s most visceral oddities. It was, said Rough Trade, ‘a dark and comical series of meditations on the more ‘peripheral’ aspects of popular culture,’ part novel, part reminiscence, always exciting.

And now Bendel is back, gently tickling punk rock’s sagging underbelly with a new film, Derailed Sense, launching Friday 14 August. The film looks at legendary punks Subway Sect and their frontman, Vic Godard. Ever an enigma, Godard’s music influenced swathes of young pretenders that filled the ranks of punk and new wave after he quit the industry to become a postman.

We did say he was an enigma.

Bendel was so keen to speak about the film that he couldn’t wait to be interviewed. Therefore he interviewed himself about the project and the ethos behind it. Bendel asks some probing questions but Bendel fends them away admirably. 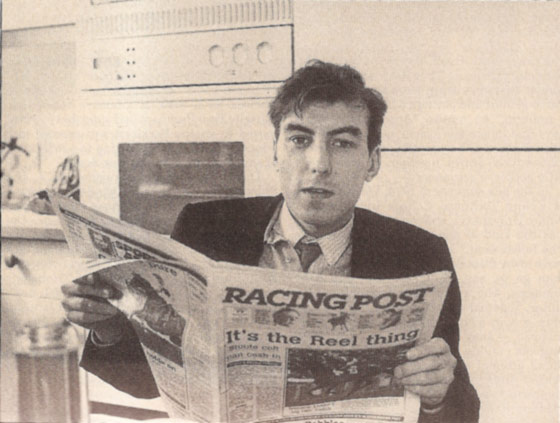 Graham Bendel: For anyone who’s never heard of Vic Godard before, why should they be interested in this film?

Graham Bendel: Because if you go through life without hearing Subway Sect, you’re missing an incredible band. Plus the story of Vic & Subway Sect is fascinating. He’s an artist’s artist and been revered by so many: The Jesus and Mary Chain, Edwyn Collins, Joe Strummer, etc..

“NUMBER ONE for me at the moment are the Subway Sect. They’ve got some good ideas!” – Joe Strummer, 1977

If you’ve ever liked the Jesus and Mary Chain, Franz Ferdinand, Orange Juice or are interested in post-punk – it’s essential to see how their angular, scratchy sound developed into that ‘indie’ sound that we are now wholly familiar with. Back then, during the punk-era, the Subway Sect were innovative and incredibly influential. But Vic is much more than just someone from the punk days. The rest of his career and unusual musical trajectory are equally as fascinating. Oh, and the ‘him becoming a Postman’ angle is explored which people seem to like.

For people unfamiliar with his musical oeuvre, it’s a bittersweet story about a very talented character who never made it for reasons that were (perhaps) out of his control. It’s also a story about a national treasure and a lovable eccentric.

If you’re looking for someone to take drugs on camera or karate kick an audience member in the face – this is the wrong film, and Vic is the wrong person. That’s not to say I didn’t try and persuade him to do all of these things. 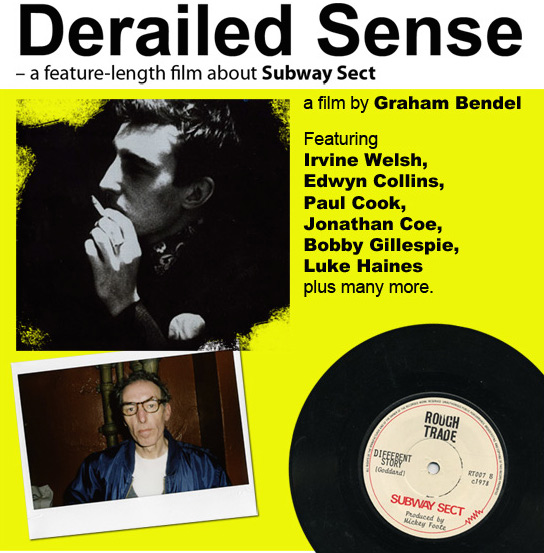 First Billy Childish, now Vic Godard, what draws you to these rock’n’roll outsiders ?

I don’t really think in terms of whether these people are outsiders or not. I just am interested in how good they are. How exciting and unique they are.

I also think artists like Billy and Vic deserve bigger audiences and I believe, in both cases, they are getting them. I mean Billy’s practically mainstream now, and Vic’s definitely finding a whole new audience of wide-eyed converts.

Would you say your own film-making is in the punk DIY spirit?

I’d say it’s in that spirit because the aesthetic matches the subject matter. I’ve noticed recently how production companies try and appropriate that lo-fi style even though they have a 60 grand budget and a team of 40 chirpy hipsters working on a production, and it all seems a bit phony. All that dodgy camerawork and disjointedness made to order.

In this documentary, one person does everything and that’s me… and you can’t get more independent than that. Working within serious limitations can produce unique and magical results but it can also be humiliating, frustrating and bad for your general health.

Yes. It could quite easily have bitten the dust and I nearly gave up on it umpteen times when it went into production hell for three years, plus there was lots of legal back and forth. A nightmare.

Many music films get shelved. There was Michael Apted’s film about The Rolling Stones which was never released because of artistic tension between the director (also famous for Gorillas in the Mist and Coalminer’s Daughter) and singer. Jagger insisted on lengthy cuts and Apted – whilst towing the line for months – eventually told him to fuck off. Apparently, there are many Prince documentaries that never saw the light of day (The most famous being by Kevin ‘Clerks’ Smith). This film, although much smaller than either of those films mentioned, is able to be seen, and that’s what counts. Though catch these screenings while you can, as there won’t be many of them.

Linkedin
RELATED ARTICLES
OTHER ARTICLES
Whether it's partygate, the climate crisis or the spiralling cost of living, the fightback begins on the picket lines writes Tommy Vickerstaff
Wealth inequality and the rising cost of socialising is placing a strain on people’s relationships, reports Eve Upton-Clark.
Photographer David Hoffman recalls documenting the extreme wealth inequality around Tower Hamlets and Hackney int the 1980s.
LGBTQ+ students are keeping the spirit of the original Pride alive by fighting for liberation for everyone, not just their community.
In her new book, the author explores the country’s housing crisis in human terms and calls for radical action to address a broken system.
Curator Antoine de Beaupré discusses his immense record collection and what it tells us about the intersection of music, photography, art, and commerce.