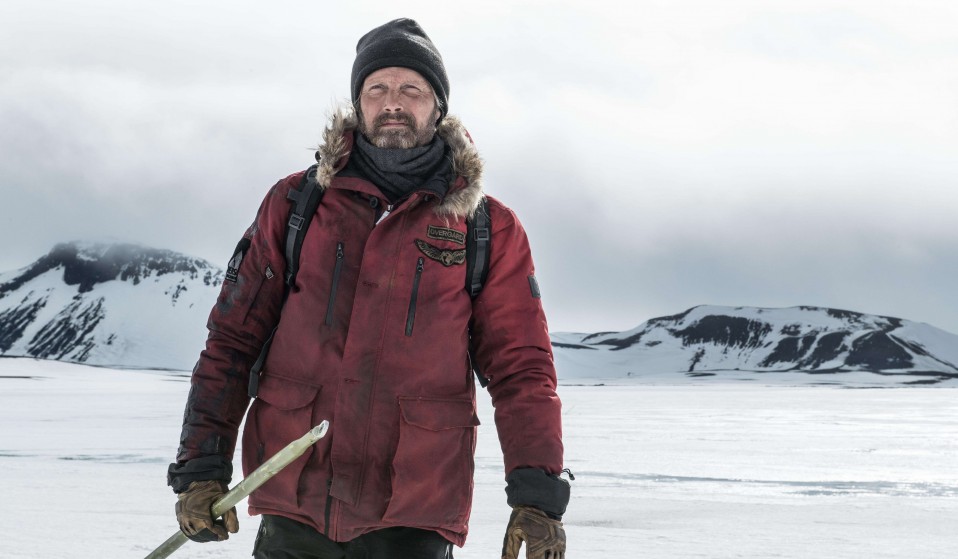 In the second instalment of our Cannes’ roundups, Mads Mikkelsen battles earth’s most treacherous elements, Chinese maestro Jia Zhang-Ke gets lost in the mob-ruled underworld, and a trans teenage girl seeks acceptance as a ballerina.

In the second instalment of our Cannes’ roundups, Mads Mikkelsen battles earth’s most treacherous elements, Chinese maestro Jia Zhang-Ke gets lost in the mob-ruled underworld, & a trans teenage girl seeks acceptance as a ballerina.

Survival takes all kinds of forms, sometimes it’s a battle against physical forces and the struggle is clear for all to see, whereas sometimes the striving is invisible, sublimated within a person’s soul.

Cinema is a medium ideally suited to showing how still waters run deep. A camera trained on a face can show subtle changes that mean the difference between being dead or alive inside.

In this triumverate of capsule reviews, we are focusing on Scandi hearthrob Mads Mikkelsen versus the elements, new work from the Chinese maestro Jia Zhang-Ke and an astonishingly powerful debut from Belgian director Lukas Dhont about a trans teenager. This final title, Girl, is the title to beat in the festival so far.

There is a satisfying simplicity to Arctic: the plot is just Mads Mikkelsen battling to survive in a hostile environment. For 97 minutes his character, Overgård, harnesses the physical strength, practical resourcefulness and emotional will to reach help. He is stuck because his plane crashed before the film begins. The curtain lifts on him carving something in the snow, shown in a god’s eye reveal to be the letters ‘SOS’ for the benefit of any passing aircrafts. We soon see that he has been stranded for long enough to have systems for catching fish and other ingenious things.

An injured female pilot shows up to be a silent, immobile companion, but this is essentially a one-man show resting on the capable shoulders of Mads Mikkelsen. The Danish actor channels a physical presence, speaking barely a handful of lines. His hands perform fiddly tasks like removing a fish from a hook, while his entire strength is used to drag a sledge with the pilot strapped to it up a mountain by tying it around his waist. Mikkelsen rounds off his performance by using his voice not so much to speak words as to release the sounds of base emotions. A yell of triumph on capturing a beautiful Arctic trout, a cry of rage when an unwanted Polar bear turns up.

This is a portrait of human being stripped down to his core instincts. Although we never discover anything about his life, or the people waiting at home, what emerges is his desire to live. Penna presents the lifeforce starkly leaving the audience to ponder the mystery of what could possibly be worth such enduring efforts. 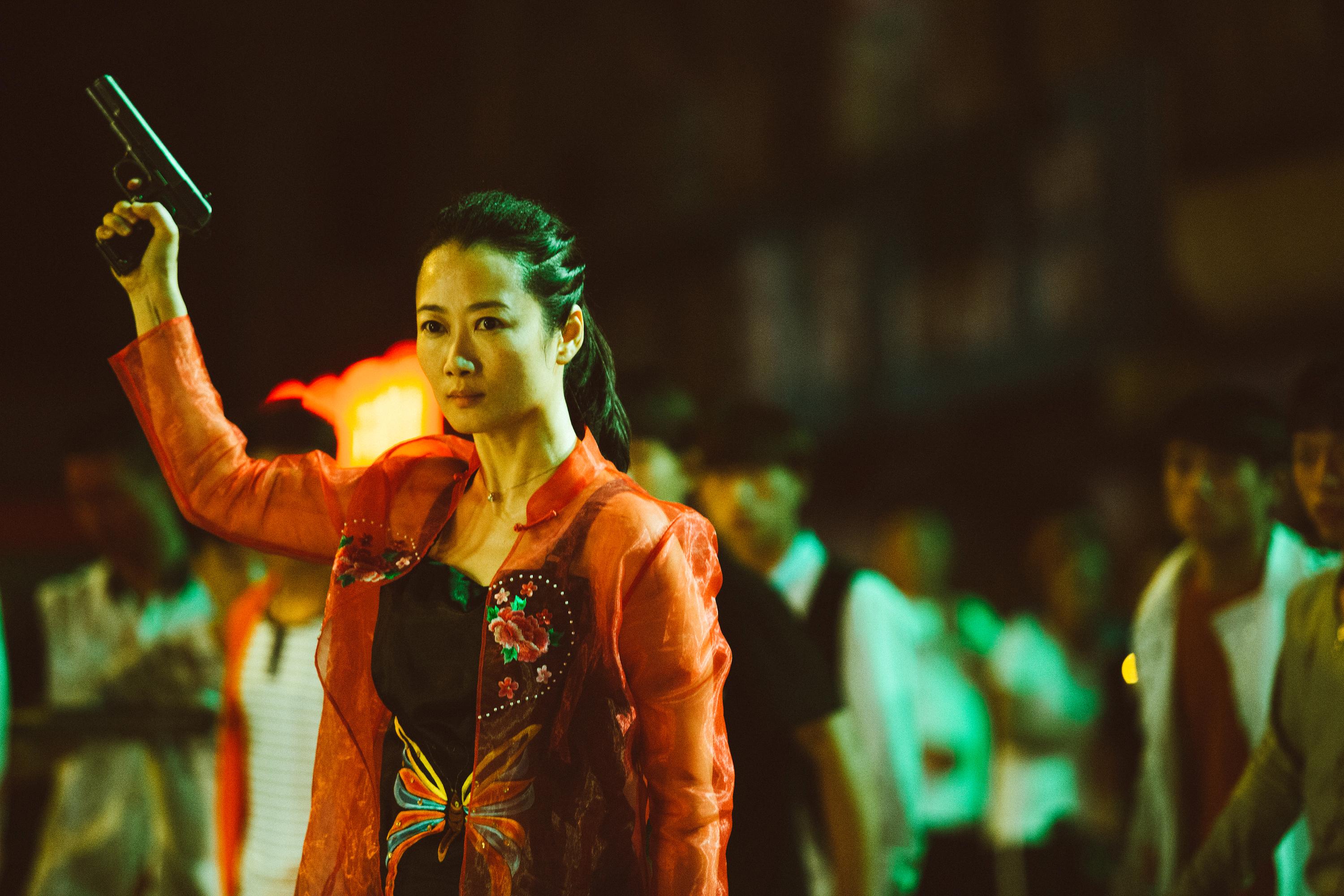 Full disclosure: despite his beloved status on the world cinema stage I, a film critic, had not seen a single film by the Chinese auteur, Jia Zhang-ke until Friday night and Ash Is Purest White.

His cinema is a cinema of images: ones that show the scale of a vast country, and ones that show the vulnerabilities of faces. Ash is Purest White contains images that are glitzy with the bling of underground criminal excess, and images that show the pale human left once all that is shed. It’s a story of love and betrayal across seven years; of having status then losing it, of surviving in any event.

At the centre of it all is Zhao Tao, the wife/muse of Jia Zhang-ke, who has starred in 14 of his films. She plays Qiao, girlfriend to smalltown mobster Bin (Liao Fan). Watching her embody Qiao’s arc was for me, a newbie, like a religious experience. Sitting in the front row of the Bazin Theatre for the 10pm screening of this 2hour 20 minute film I felt not, as some critics have complained, the length of the film, but the conviction that I would be happy to stay here indefinitely hooked by a performance that seemed powered by a deep spiritual strength transmuting itself directly into my heart. Acting is a practical job that can seem like magic when undertaken by a performer who knows their range, and is supported by a great director.

And she is supported by a great director. Harnessing a novelistic sweep, Zhang-ke shows intense psychological awareness of the buried motivations which drive people on, allowing climaxes to surface at a beguiling rhythm while throwing in the occasional curveball (such as the repeated use of the song “YMCA” by The Village People).

From the struggles of a woman, to the struggle to be accepted as a woman. Girl is directed by 26-year-old Belgian Lukas Dhont who has been wanting to tell this story since 2009 when he read a news article about Nora, a 15-year-old, born a boy, who wanted to be a ballerina. Dhont – in the closet over his homosexuality at the time – was bowled over by her courage. As he told Screen International: “This 15-year-old has the courage not only to say, ‘I was born in the wrong body,’ but also to strive for this high form of femininity.”

Girl plays like a documentary, inspired as it is by this story and interviews with members of trans community about the procedural details of transitioning. Yet it is clad in the skin of fiction, unfolding via light-streaked images which also give a halo effect to the apple-cheeked, blonde and radiant 15-year-old Lara. Her world is incrementally built up by quietly observant scenes that all serve to illustrate her three key settings: a cosy family, life visceral ballet classes and – most crucially– the medical appointments hopefully paving the way for the operation. Victor Polster, cast for his angelic androgyny and ballet skills, gives a tightly-controlled performance that slots into the naturalistic tone.

Lara initially presents as a serene character, blessed with a tolerant milieu, most touchingly expressed by her grizzled taxi driver father (Arieh Worthalter) who constantly tries to offer emotional support, whether it is wanted or not. Yet, flowing beneath the mask of serenity is a river of pain. Dhont dots sources of distress and misunderstanding across Lara’s ordered life until the mask is cast aside and we are shown in stunning terms the primality of her need to be accepted as a girl.

Linkedin
RELATED ARTICLES
OTHER ARTICLES
Photographer Robin Graubard’s debut book offers an unflinching record of turbulence and change across the Balkans.
A group of Ukrainians living in Poland are helping Ukraine withstand Russia’s brutal invasion by buying supplies and shipping them directly to the war’s frontlines.
The situation in Afghanistan remains dire, with many groups facing persecution at the hands of the Taliban.
From the Yakuza to a biker gang, Bruce Gilden recounts capturing Tokyo and Osaka in the ‘90s.
Following the release of his latest album God Don’t Make Mistakes, the rapper talks horror villains, police brutality and being unafraid to show his vulnerable side.
Over the weekend, London locals came together to resist a pre-planned police raid targeting delivery drivers.