Art & Culture / Film / Tell Spring Not to Come This Year 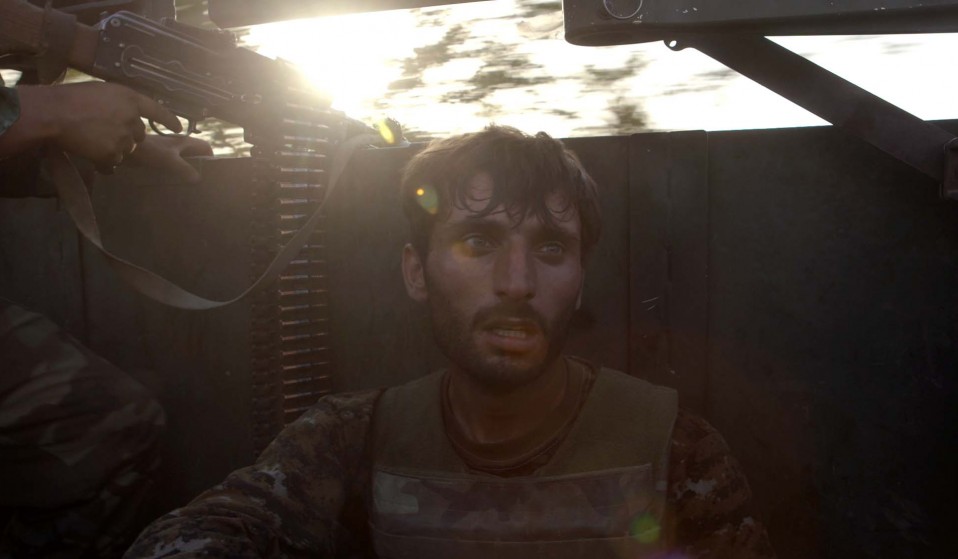 Documentary gets deep inside the motivations of a small band of embattled Afghan brothers.

Saeed Taji Farouky’s recently completed documentary Tell Spring Not to Come This Year is screening on Saturday and Tuesday at the Sheffield Doc Fest.

The film, which follows one unit of the Afghan National Army for one year, finally tells the story of the war from the perspective of Afghan nationals who have chosen to fight the Taliban and other perceived enemies.

We caught up with the director in advance of the film’s UK premier.

How did the idea for the documentary come about?
I always try to look at the major, generation-defining news stories and find the perspective that we’re not seeing. In our era of perverse “preventative wars” and “wars for peace”, that untold story is usually the perspective of the people under attack, the people that The West has decided to go to war with. Our exposure to the experiences of the people of Iraq and Afghanistan during these wars has been so minimal it’s obscene, so it was clear to me that I should make a film about the people of Afghanistan. But for years I didn’t know how to tell that story in a different way. Then, out of nowhere, Mike McEvoy contacted me through a mutual friend to say he had an idea for a film. His email to his friend asked “do you know anyone who can make this film who doesn’t mind being shot at?” and that was our introduction.

How easy was it to get access to the Afghan army unit upon which you focus?
Mike had worked with this unit of the Afghan army for 9 months as a liaison officer with the British military. So when we went to apply for embed permission, Mike already had a very good relationship with both the Afghan MoD, and the soldiers we filmed. That relationship was everything, because without it there’s no way we would have been given an unprecedented embed permission to film anything we wanted over a period of one year, and there’s no way all those soldiers would have trusted us to film with them. Having said that, we were still test-running a brand new system of embedding. We were one of the first projects – and so far the only feature documentary – to apply to film directly and only with the Afghan army. Even after we had permission from the Afghan MoD, the US troops we met routinely had no idea who we were, where we came from, or what we were doing there. We were an unknown, and often suspect, entity to them. 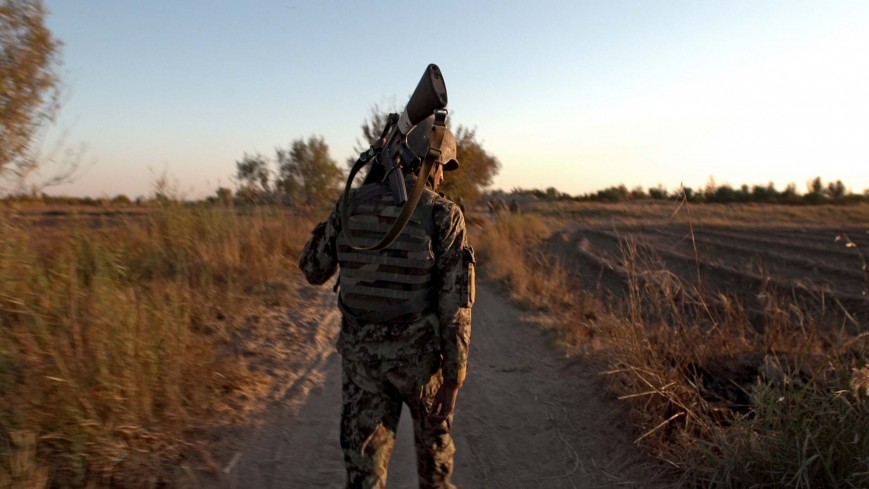 Why do you think an ‘inside story’ like this has not surfaced in the mainstream media until now?
There are a few reasons. The main reason is probably the fact that the ANA doesn’t have a very good reputation with foreigners, overall, so it’s considered a much more dangerous embed to film with only Afghan troops. They aren’t as well trained or armed, and don’t have the same medical facilities that UK or US troops have. Second, most foreign journalists I spoke to before filming were terrified of “insider attacks.” Yes, this is an issue, but from my experience I’d say the threat to journalists was massively overestimated, and was often self-perpetuating. Finally, I think the majority of foreign journalists simply aren’t interested in the experiences of Afghans in this war. If they work for massive news corporations, they also don’t have the time or resources to challenge the momentum of war reporting, which is almost always done within a narrative of heroism and sacrifice on the part of the invader.

What is your prognosis for the future of Afghanistan, based on your time there on the ground?
I’m no expert, but from my amateur perspective I don’t think the insurgency will be beaten militarily. It’s an ideology and unfortunately NATO troops trained the ANA to fight a traditional war for territory. The Taliban doesn’t function like that. If I had to make a guess, I’d say the war will continue looking like it does for several years until an Afghan President emerges who has the strength to say Afghanistan is fighting the wrong war. Secret negotiations with more moderate elements of the Taliban will probably continue at the same time, while the extreme elements continue to challenge the government violently. I suspect eventually the mainstream Afghan Taliban will be seduced into the political process but an extreme element will always exist. This isn’t an untenable situation, after all it’s very similar to what we see in Northern Ireland today. The most important thing now is to reduce the overall level of violence for the ordinary Afghan civilian.

The film premiered recently at the 2015 Berlinale in the Panorama section and went on to win both the Audience Choice Award for Panorama, and the Amnesty International Human Rights Film Award. The film screens on June 6th at 15:30 and June 9th at 17:45. 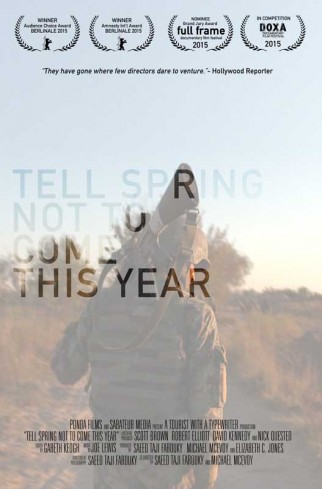 Linkedin
OTHER ARTICLES
Birdy Chu reflects on documenting the historic moment in which the territory was formally passed back from the UK to China.
Rogue landlords are exploiting young and inexperienced renters and leaving them in mental and financial turmoil, reports Niall Hignett.
Ahead of the release of their first collaborative album, the producer and rapper talk psychedelics and the state of UK hip hop.
A 37-year-old woman shares how her abortion led her to become a clinic worker, and the abuse she’s received in that role.
Rhiannon Adam spent three months capturing an ageing society wracked by division, isolation, and the aftermath of scandal.
Sean Maung’s photos are a love letter to the Black and brown communities that make up New York.