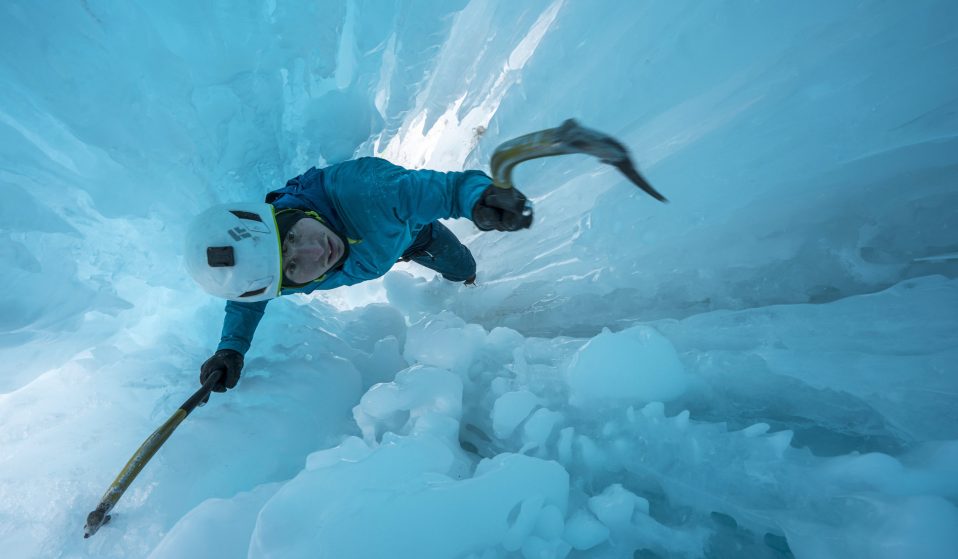 Photography © still from The Alpinist

Climber Brette Harrington reflects on what made Marc-Andre Leclerc, her boyfriend of six years, such an extraordinary figure.

In 2018, the alpinist Marc-André Leclerc died after climbing an ascent in Alaska. Amid the release of a new film tracing his legacy, climber Brette Harrington looks back on what made Marc, her boyfriend of six years, such an extraordinary figure.

Brette Harrington and Marc-André Leclerc started seeing each other when she was 20 and he 19. In the years that followed, they regularly embarked on climbs together – their shared love.

On several occasions, though, Marc climbed alone. As a soloist, he redefined what was possible in climbing with a series of daring, never-before done ascents.

The Alpinist, a new documentary from Peter Mortimer and Nick Rosen, attempts to dig into the climber’s legacy. However, in 2018, while the film was in pre-production, tragedy struck. During an ice climb in Alaska, Marc and his friend Ryan Johnson went missing after being caught in a storm. They were eventually confirmed dead when ropes were found at the bottom of their descent route.

The film is now finally in cinemas, and serves as a fitting tribute to an incredible life. To mark its release, Brette, who features in the doc, looks back on what made Marc such a unique and visionary figure in the world of climbing.

I remember one time when we were driving from Chilliwack (British Colombia) to a small town we lived in called Agassiz, 15 minutes down the road, and Marc was a little concerned about what would happen when the film was released – because he didn’t want that kind of attention. Well, it’s not that he didn’t want it. He was grateful, it’s just that he didn’t know what it would be like, and he was a little bit scared of it, I guess. He even said, ‘Maybe when the film comes out, I’ll go into hiding for a little bit.’ But he wanted it to come out so that people could see what his side of climbing is, and to see how pure climbing can be.

There’s a lot of reasons why Marc was unique in this world. But the core of it is that he was an extremely talented climber across every pursuit of climbing. He began gym-climbing when he was eight, and started alpine climbing when he was 13, meeting partners online. It wasn’t just gym and alpine. He bouldered V13, which is a really hard bouldering grade, he sport-climbed 5.14 and he slab-climbed 5.14 too. On ice, he was comfortable soloing what he said was an equivalent of free soloing 5.10. He had such a strong basis in every discipline of climbing that he was able to just feel confident. Then he also had this incredible confidence in direction, navigation and understanding the surroundings, and his body was super inclined to do that sort of thing.

From there, I guess the reason he was able to have this amazing legacy was his obsession with it. He was so obsessed with climbing. I used to talk to him and I’d be like, ‘Marc, you think about climbing 90 per cent of the time.’ If you’re thinking about something that much, then you refine all the details and process every movement. He also took into consideration weather patterns and everything that had to do with planning, organising and succeeding. It was genius status. I use the description “like a genius of a climber” to describe him.

But he wasn’t just a climber, he was an adventurer. He thought about climbing almost the way his stories were carried out. He read a lot, often adventure stories like Lord of the Rings. He considered what he was doing to be like that, like a big journey where you’d have to go through all these dangerous points. He thought of a climb as a big adventure journey. That is beautiful, because I don’t think many people see it that way. He wanted to live his life as an adventure. I guess that carries through with the legacy he’s leaving too. That it’s about just following your dream.

He also loved nature, he really cared about animals. He felt like our planet isn’t for people – that we’re just taking over. He considered himself as human but, like, took himself out of society so much – because he in general felt all of us are just animals. I guess that came from spending so much time in the mountains – just seeing how other animals interact with each other and how they interact with the environment. You tend to take that as pure life when you’re out there so much.

It’s fair to say soloing was the higher form of climbing for him. It could have come from, somewhere deep-down, the sense it’s all him: everything that he’s learned. He’s not relying on anybody else or anything, he’s putting into action and testing out everything that he’s pieced together throughout life. It’s climbing at its most pure in many ways. And he always pushed himself to do more, and to do new. 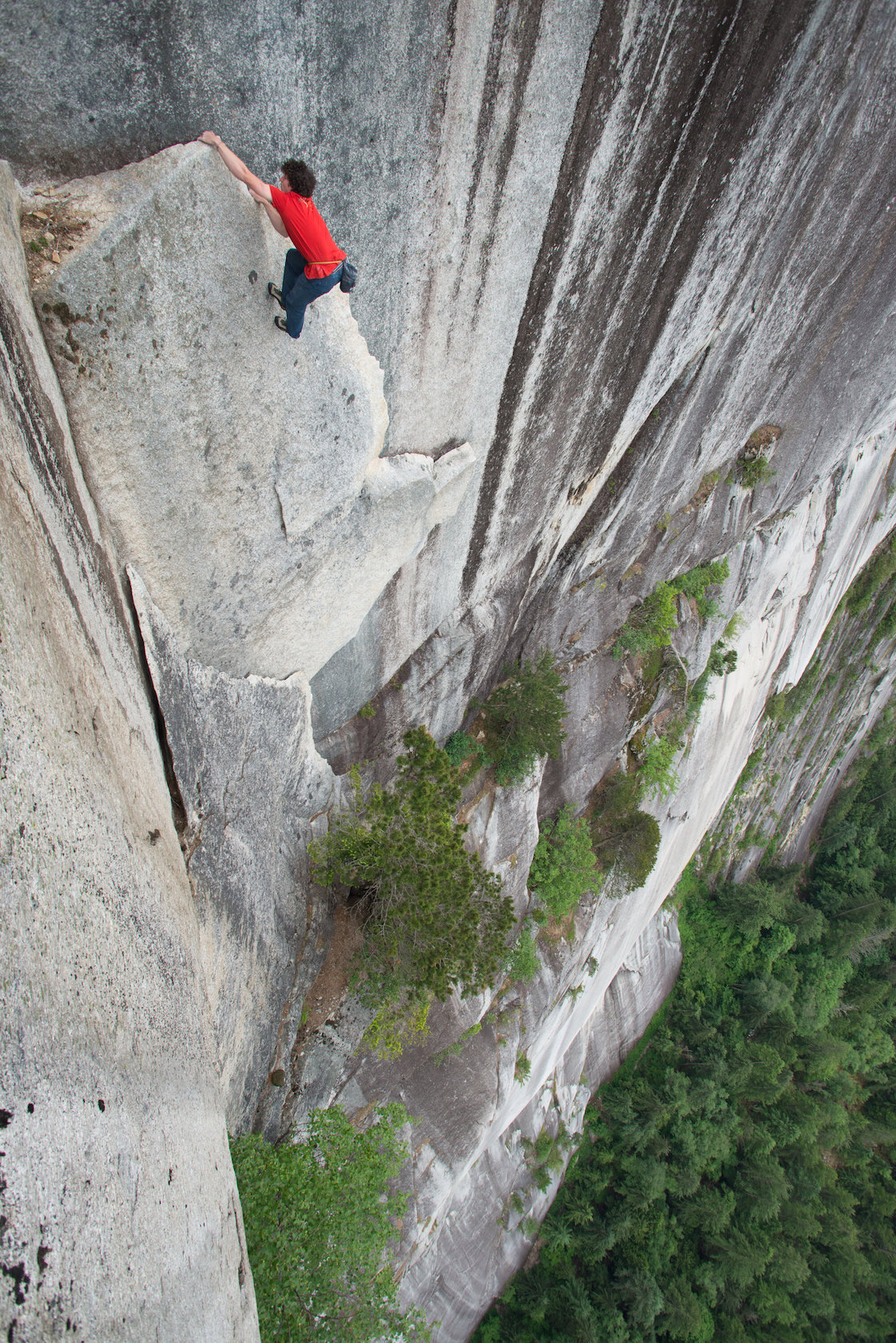 He mentioned things he didn’t have the chance to do. Beyond climbing too, he just loved adventure. For instance, he was getting really into skiing. A big dream he had was, he wanted to ski (solo of course) the east coast of Baffin Island up to Pond Inlet. He wanted to go to the Himalayas too. Marc just wanted to have a full life, full of exploration. But he was never interested in any hot climates. He really hated jungles. So everything was always about the pole or the mountains. They also just caught his eye more. Dense jungle wasn’t as aesthetic for him, whereas some people just love tropics. He loved very harsh landscapes that ice and mountains offer. I can actually remember being with him… I can’t say where we were but somewhere where it was this like tundra – it was scary, but he loved that windswept, harsh environment.

I suppose the documentary will help people dive into what is motivating them in life, and to try and just follow that path. And to hope that people around them are supportive no matter what it is. I think that’s how he’d want people to feel after watching it. Marc was happy if people were going beyond their comfort zone at something they loved. He supported everyone. To give an example within climbing, if he saw somebody climbing at a mediocre grade, but that was their highest level of difficulty, he was so excited for them. As long as they were pushing. And I think, like with anything else, he could really appreciate any other aspects of interest people had, as long as people were training at it, and doing something cool, unique or creative with it.

Marc and I started seeing each other when he was 19, and I was 20. In a way, we formed each other. So a lot of the philosophies from my life, before and during being with him, became interwoven with those from his life. My vision changed too, in a way. I feel like we created… he’s part of me. People ask me whether I do things to honour him but honestly I’m just doing things because that’s what I know to do. That’s who I am. I think we were with each other during this really pivotal moment in our lives. His vision is my vision, in a way. But I’ll always carry with me the energy he had. I’ll keep pushing my own adventure just as he’d want.

The Alpinist is out in cinemas now.

Linkedin
OTHER ARTICLES
In our first OFFF Dispatch piece, the Arce Studio founder shares her tips on standing out from the crowd.
Photographer Robin Graubard’s debut book offers an unflinching record of turbulence and change across the Balkans.
Members of the collective share some of their reasons to run as part of #UnitedBySummits, a campaign that looks to uncover transformative power of the outdoors.
The government’s failure to take long Covid seriously has led to the formation of a group campaigning for the thousands of forgotten victims of the illness.
The situation in Afghanistan remains dire, with many groups facing persecution at the hands of the Taliban.
The government is scrapping the Human Rights Act in a move that will hit marginalised people hardest.