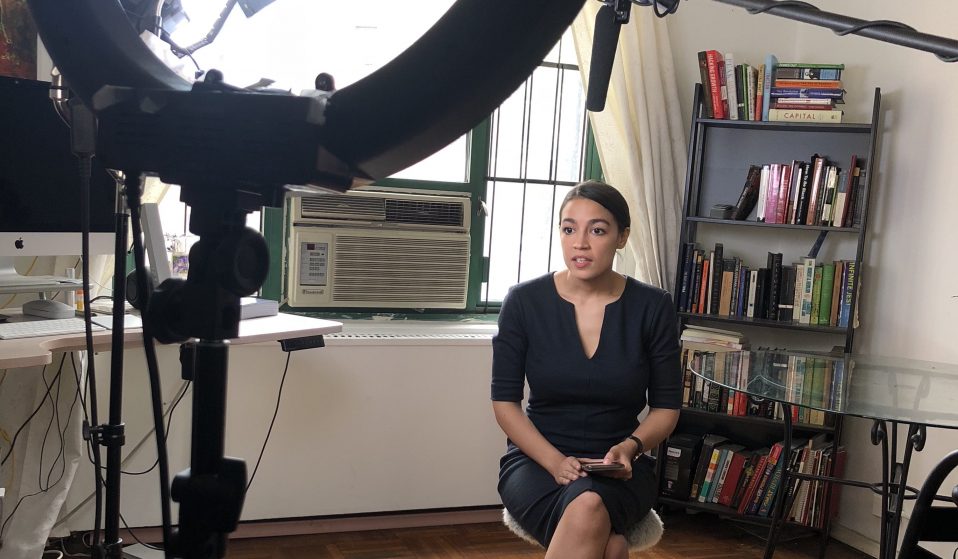 Means TV is the world’s first ‘post-capitalist, worker-owned streaming service’, providing subscribers with leftist documentaries, films and cartoons. But in an industry run by big business and billionaires, can it really survive?

Means TV is the world’s first ‘post-capitalist, worker-owned streaming service’, providing subscribers with leftist documentaries, films and cartoons. But in an industry run by big business and billionaires, can it really survive?

There may come a point in self-isolation when we feel we are reaching the end of our streaming journeys. Perhaps we’ll exhaust our playlists on Netflix, Disney + and Hulu, or begin to tire of the deluge of content fed to us via some inexplicable algorithm.

In which case, Means TV – “the world’s first post-capitalist, worker-owned streaming service” – is hoping to provide a much-needed alternative with its curated selection of leftist programming. The platform launched earlier this year (February 26) with a roster of documentaries, films, cartoons and podcasts; all of which are available to its thousands of subscribers for just $10 a month. Popular series include their flagship broadcast, Means Morning News, and Sprinkles & Wrinkles – an animation about two Marxist cats on a mission to overthrow their owner.

The Detroit-based couple behind the site, Naomi Burton and Nick Hayes, made their first foray into leftist media as ‘Means of Production’, with a campaign video for then little-known democratic candidate, Alexandria Ocasio-Cortez. “We came to AOC with the story arc and pitch for the video,” Burton explains, “and then she really helped us develop the narrative elements that spoke to her experience.” The video was an instant viral success, and paved the way for a new genre of campaign films.

“AOC had this special kind of energy,” recalls Hayes, “but we’d never really seen a campaign video blow up like that before her.” Wanting to build something with more longevity than a campaign project, it was around this time that Burton and Hayes started work on their idea for a streaming service. With a significant boost from the creators of noughties meme Nyan Cat – who handed over their wildly popular YouTube channel to help Burton and Hayes hack the site’s algorithm – the couples raised $200,000 in less than a year.

Before this, the pair were both working “unbearable” corporate jobs, essentially doing – as Burton puts it – “propaganda for these companies that are destroying our world.”

“There are so many things in Detroit that speak to the inhumanity of capitalism,” adds Hayes, “and its drive to just crush people and move on.”

And if there was ever a more compelling argument for socialism, it’s capitalism’s failed response to COVID-19. The virus is currently wreaking havoc on America’s healthcare system, with an ongoing ventilator crisis that’s costing lives. The absurdity of the US’s medical industry is aptly summarised by a short parody video entitled Healthcare Hacks, now streaming on Means TV, which sees the narrator, Bryanna, divulge her “GENIUS life hacks for the medically uninsured”.

One ‘hack’ involves Bryanna removing her wisdom teeth by tying each tooth to a door and slamming. She then advises viewers to “chomp on those tampons before you pass out from pain or blood loss!” The episode’s irreverent tone is typical of Means TV, and, given that the US government is now advising people to make their own facemasks, it hardly feels that far removed from reality.

On top of being the country with the most coronavirus related deaths, the news that Bernie Sanders had dropped out of the Democratic race earlier this month has exacerbated the fear that many American are feeling. “Bernie was our last off-ramp to not make the new future completely dystopian,” Burton laments. The couple adamantly reject the possibility of backing Joe Biden, with Burton saying: “it’s clear that the Democratic party will never let socialism win by their rules, so the question now is: what revolutionary activities do we have to do?”

For Burton and Hayes, a large part of the answer rests with overthrowing corporate media and entertainment. “It’s about helping people imagine worlds outside of their own,” adds Burton.

The appetite for socialism, combined with the current streaming boom, makes the launch of Means TV incredibly timely. They’ve continued to see an uptick in subscribers, and are now offering subscriptions to people at whatever they can pay – “even if that’s zero dollars a month” – to account for the 10 million people in the US who have filed for unemployment.

Burton and Hayes are optimistic about the coming months, pointing to the fact that they “aren’t spending a million dollars on programming”, and that they don’t rely on venture capitalist money to stay afloat. “We’re scrappy,” Burton says of their low-budget service, which makes them the antithesis of the slick output of most major streaming services. They also run the platform as a cooperative, meaning that the workers who make programming for Means TV have a stake in the business.

“It’s incredibly important that people are consuming media that isn’t saying everything is fine and normal right now,” says Burton. As the world begins to more closely resemble fiction, the belief is that more and more, audiences will seek out content that immerses them in reality. The revolution might be televised, but it certainly won’t come easy: “we still have to figure out how to build power from the ground up,” says Burton, “and then, knock those structures down.”

Linkedin
RELATED ARTICLES
OTHER ARTICLES
Curator Antoine de Beaupré discusses his immense record collection and what it tells us about the intersection of music, photography, art, and commerce.
Photographer David Hoffman recalls documenting the extreme wealth inequality around Tower Hamlets and Hackney int the 1980s.
Photographer Bruce Gilden discusses his series documenting the overlooked factory workers, labourers and other people residing on the margins of English society.
50 years since its inception, and the campaign calling for recognition that capitalism depends on domestic labour is as pertinent as ever.
Photographer Arthur Grace recalls travelling through the Soviet Bloc and finding ways to evade the surveillance of his work.
The overlooked story of Leicester’s inaugural Pride march is a reminder of the power of collective resistance in the face of far-right bigotry.