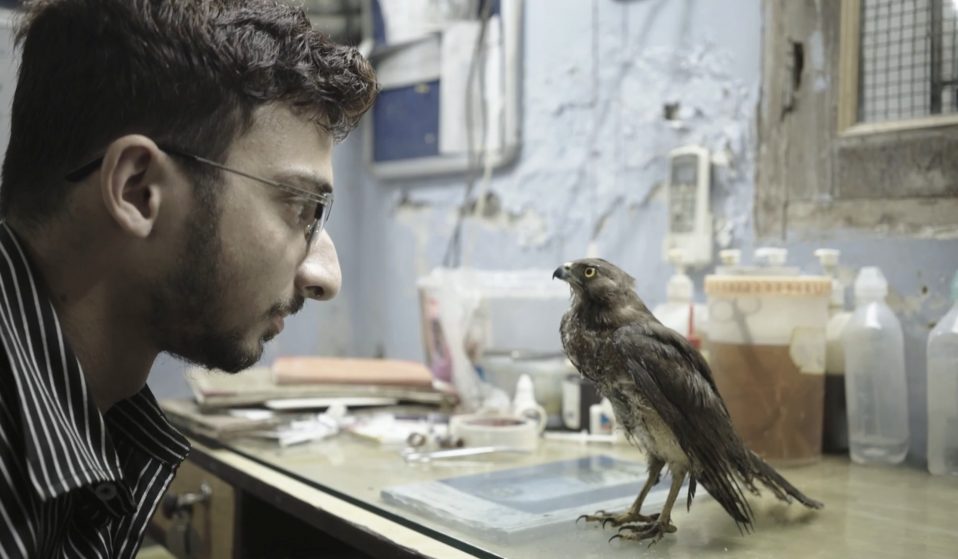 Photography © Still from All That Breathes

Shaunak Sen discusses his poetic documentary chronicling an ad hoc hospital’s efforts to save the city’s birds of prey.

Shaunak Sen’s All That Breathes takes place in Delhi, a city that just recently regained the distinction of being the most polluted city in the world. In the film, Sen explores the city’s air crisis through the relationship between two brothers, Nadeem Shehzad and Mohammad Saud, who are the founders of Wildlife Rescue – a makeshift hospital where they treat injured birds, predominantly the native black kite.

Saud and Shezad have devoted their lives to caring for the birds of prey – who otherwise go as unloved in Delhi as scavenging rodents – until they can return to the skies. And it’s not only pollution the brother’s must contend with, but a rising tide of religious hatred, with Muslim neighbourhoods such as the one in which they live targeted by rioters. Sen lets that turbulence “leak in” to his film, without derailing the original narrative.

While their passion for the birds shines through, Saud and Shezad painstaking work relies on local charity, and All That Breathes documents the struggles and stresses they face in keeping their hospital alive. After winning top documentary honours in Cannes earlier this year, Sen reflects on working with Saud and Shezad, the future of Wildlife Rescue, and the film’s breakout success.

Can you tell me a bit about your own relationship with Delhi, and how you brought that into the making of the documentary?

If you’ve lived in Delhi in recent years, then you’re perpetually aware of the sky’s greyness. It creates a kind of concreteness or heaviness, and your life is constantly coated by it. I would be driving and notice these lazy black dots floating in the sky. These were the black kites. Every so often you would see them falling to the ground, either killed or seriously injured by the toxins in the air. These sightings are what initially inspired the film. I was so gripped by this sense of one solitary bird falling from such an expanse. It was very interesting to me – philosophically, metaphorically, aesthetically, and so on.

Once you had the initial idea for the film, what story did you set out to tell from there?

So I started researching  and the first thing I did was literally Google ‘what happens to birds when they fall out the sky’ and inevitably, the work of Nadeem and Mohammad came up.

When I went to their house for the first time I was completely struck by how incredibly singular and unique that place is. Half of it is characterised by industrial decay and heavy metal cutting machines. The other half is these magisterial birds. There is truly no other space that is so absurdly surreal. This one family living with three hundred birds at once, it’s just bizarre.

What drew me to these brothers was their resilience, their ability to just put their heads down and soldier on. I feel that a lot of environmental discourse these days is very bleeding heart and sentimentalist, or it’s pedantic and lecturing. I didn’t want to add to that narrative. I wanted to talk about the environment in a different way and the brothers were the perfect subjects to do so.

How did you establish a relationship with the brothers? How did that lead into the creation of the documentary?

When it comes to documentaries, I think most people expect to be sat down in front of a camera and a tripod, with a sort of talking heads approach. If you’ve seen the documentary then you know that this is not the case here. My approach with the brothers was to get them to understand that I wanted them to ‘be’ in front of the camera, as supposed to ‘behave’, and that takes some time to get used to.

Over time they realised that the crew were there to simply be the wallpaper of their lives, to observe in the background. Once this became clear to them, they knew that they just had to go about doing what they do and pretend that we weren’t there. Trust grew over the course of the filming, and they began to open up their lives more. 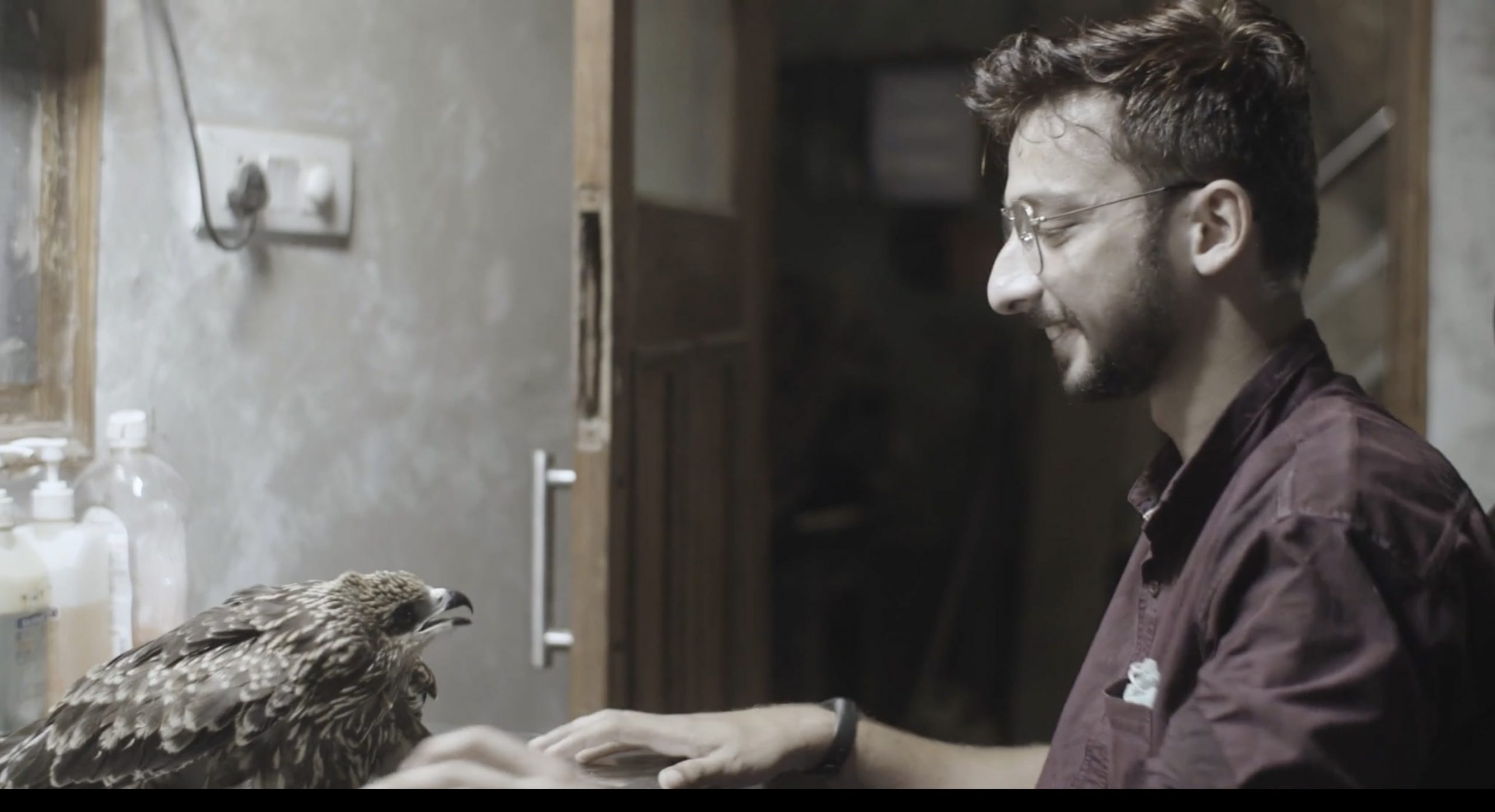 What kind of message did you set out to convey through the documentary, and what positive change did you hope it was going to bring, if any, in the beginning?

Initially, when it started, I would keep telling the crew that all I wanted was for people to watch the film, walk out of the theatres and simply look up. That’s it. I feel that any good film doesn’t limit itself to one singular message. A film is more like a springboard that you can jump off.

I was certain that I did not want to make a sweet film about nice people doing good things. This is what the film could have been but I wanted to zoom out and focus on the broader stakes of human and non-human life in a city.

How important was it for you to convey the social and political unrest in India? Was that something that you initially had in mind from the beginning?

So no, not really, because none of us had anticipated any of the political unrest that came, especially in the last two years of filming. While the film never aspired to be a political film, which it still isn’t, the political landscape was of course present. It became a sort of background to the brother’s lives and it would have been wrong to completely ignore or bypass it. We used sound to convey this quite a lot; they go to the balcony and you hear the murmuration of the crowd. You indirectly hear the sound of a political video that Salik [Rehman, an associate at Wildlife Rescue] is watching, and so on. You sense the political, rather than it being pushed upon you. 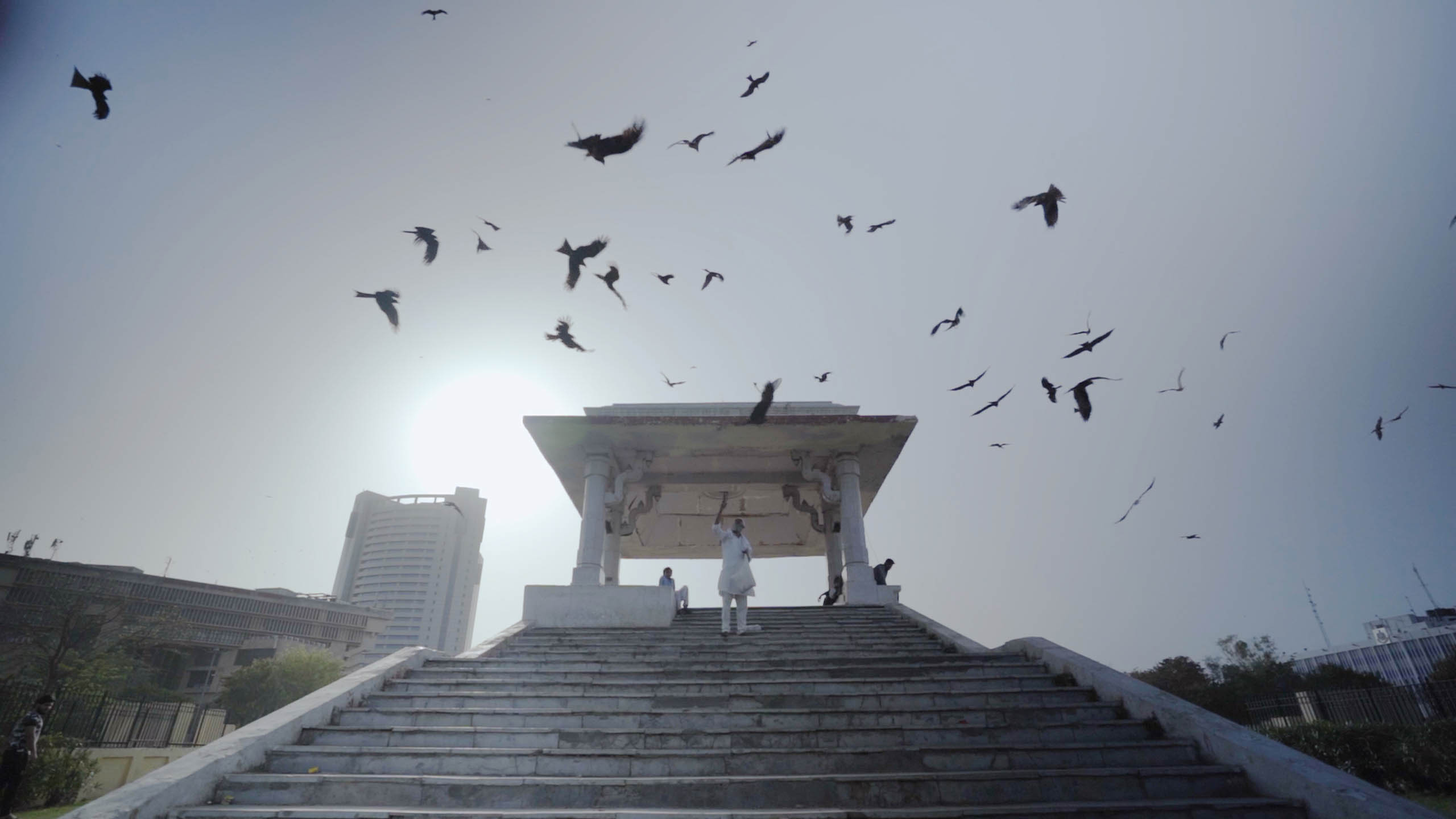 How did you find working with Nadeem and Mohammad?

They’re phenomenally comfortable with the camera. And they’re generally very chilled, laid back human beings. I feel like their relationship with the birds makes them very singular kinds of people. So it was easy in that sense. But like with any friendship, there are going to be occasional clashes and disagreements, this is just something that you have to work through. There was always this kind of give and take, I wanted them to have a strong say in the form that the film would take and what they did and did not want to include.

Did you ever expect the film to be so well received ?

Well received, yes, sure, but winning Sundance and Cannes? Not in the remotest peripheries of my imagination.

Those places feel really far away, and who in the world doesn’t have some kind of imposter syndrome? Everybody does, right? And even though I really loved making it, and I hoped that it would do well, all of this is far beyond my initial expectations.

Now that Wildlife Rescue has the recognition that it deserves, do you know what’s next for Nadeem and Mohammad and their organisation?

I think they want to expand their work and put more efficient systems in place. I can’t speak for them, this is only me speculating, of course. They need more support of all kinds so that they can do the work that they do more efficiently, without it taking the toll that it does on  their everyday lives.

All That Breathes is out now in cinemas.

Linkedin
RELATED ARTICLES
OTHER ARTICLES
Max Miechowski reflects on documenting land that is being lost to the sea – and the people who live life on the edge.
Jack Lueders-Booth reflects on capturing the community that lived and worked along the city’s busiest railway route during the 1980s.
Proponents of personality tests argue that they’re necessary to find the best person for the job – but in practise, they’re often discriminatory.
Meg Handler’s photos capture diverse groups of New Yorkers coming together for the collective cause of civil rights.
The demonstration took place this week over plans to slash £50m from arts bodies in London.
Hackney Bumps is a DIY sanctuary in the heart of East London, home to a thriving diverse community of skateboarders – and beyond.