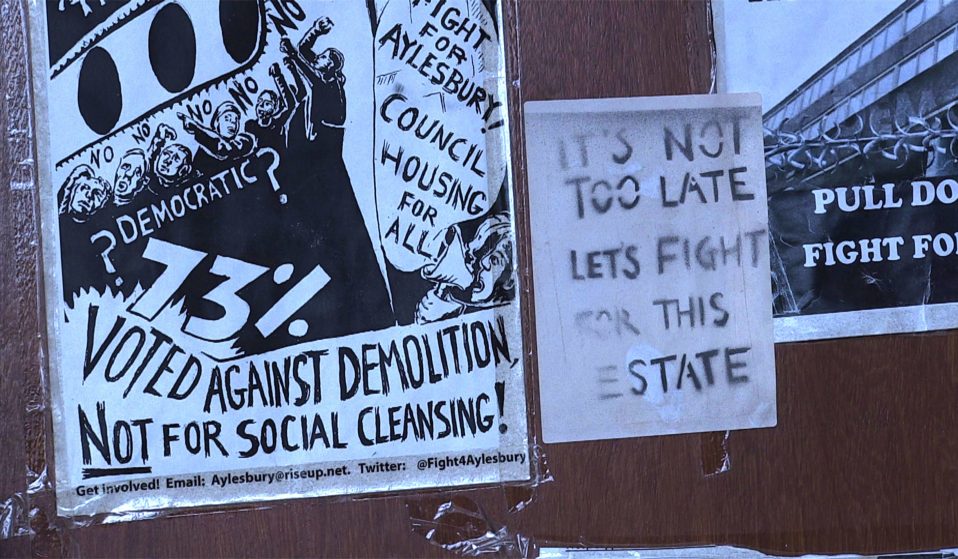 “We all become vulnerable when our housing is under threat,” says filmmaker Melissa Herman. “Filming inside someone’s home is always a big ask, and I always work around any boundaries people have and try to be sensitive to them and not push them into any situations they feel uncomfortable with. Making this film has been a collaboration with the people involved.”

Vulnerability and housing go hand-in-hand in Herman’s new documentary, We’re Still Here. The four-year-long project follows activist groups and social housing tenants caught up in London’s rampant social cleansing, in which entire communities are removed and priced out of their homes. Council estates are then demolished and replaced with more expensive homes.

Housing, social cleansing and gentrification have always been concerns but now, as more and more of the UK’s population is living in insecure homes, this country is going through a housing crisis. We catch up with Herman about her documentary, the grassroots activists fighting social cleansing, and the Grenfell tragedy.

What was the initial spark for the film?
Melissa Herman: An estimated 8.4 million families in England are living in unaffordable, insecure or unsuitable homes right now, and the crisis caused by the pandemic threatens to make this even worse. I’ve worked on participatory filmmaking projects with children and young people in different areas of London, and many of them mentioned problems with their housing. Listening to the experiences of these young people made me realise how important our homes are to us – without the space and peace that a stable, decent home brings, nothing else can really work in your life.

I got involved in the campaign against the Housing & Planning Act in 2016 and started going to local residents’ meetings to learn about the issues and to work out what I wanted to focus my film on. I met a lot of amazing and powerful people and wanted to show people as fighters rather than victims. Aysen from the Aylesbury Estate in Southwark was one of the first campaigners I met and her spirit really inspired me. I began to realise that it wasn’t about single campaigns about one estate here or there: it was about profound changes in council housing that were sweeping the city and promise to fundamentally change London from a city where people from different backgrounds often live side by side, to being socially segregated.

Can you explain what social cleansing is?
Melissa Herman: Social cleansing is what is happening all over London as a result of policies that aim to demolish social housing and replace it with more expensive homes. Whole areas are becoming completely unaffordable for many people who live there and they are forced to leave. We have to question policies that are based on increasing house prices as a means to improve an area. Can this really be understood as improving an area if the majority of the people living there won’t benefit from the investment?

It’s terrible for people who are not only priced out of housing, but where the shops and markets and cafes they use disappear and are replaced by places they can’t access and feel excluded from. People are being replaced and forced out. Not because they choose to go but because they have no choice. 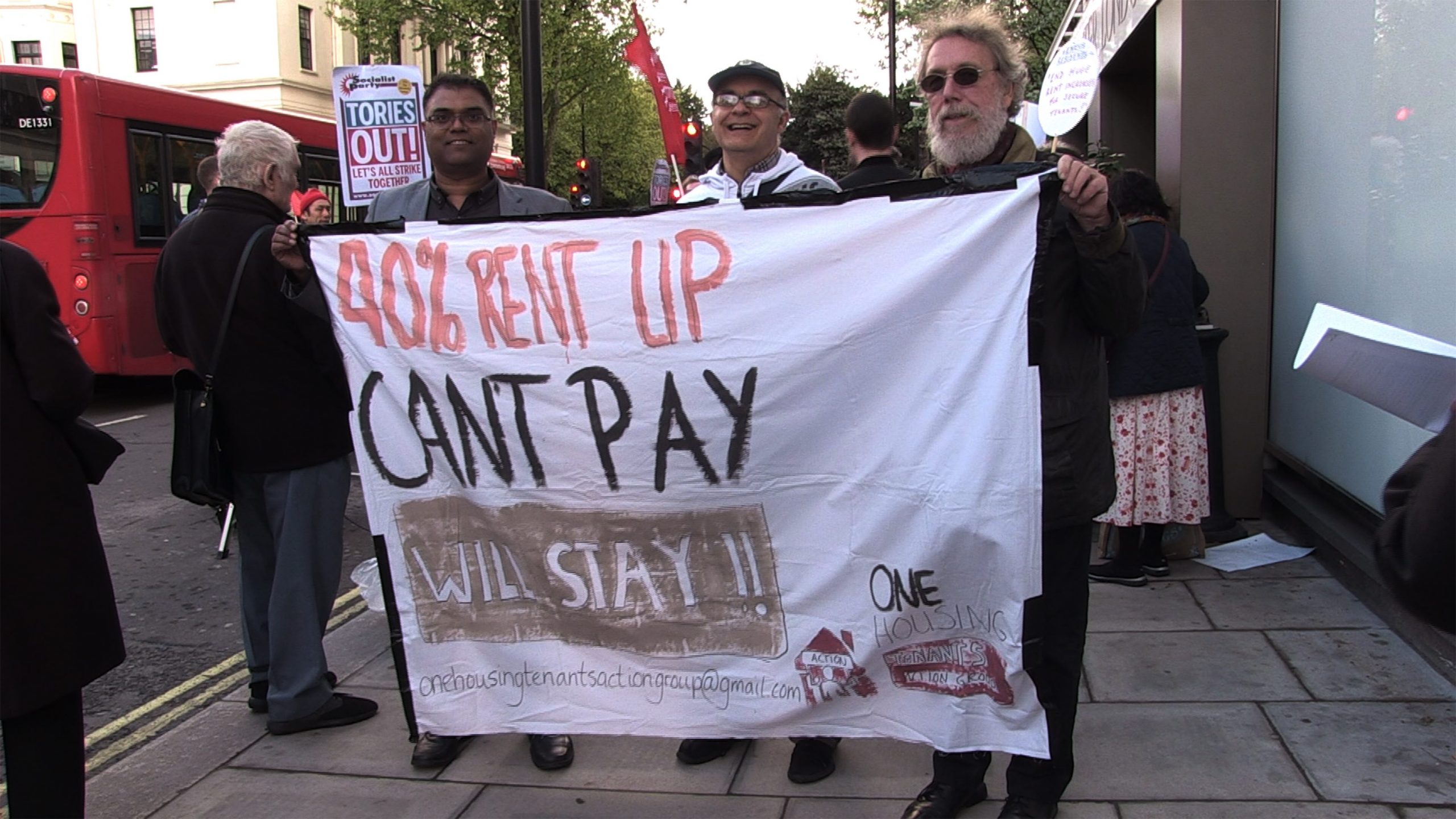 Did the landscape of social housing change over the four years you were filming?
Melissa Herman: Over the four years that I was filming the landscape of social housing changed a lot. There were legal changes: the Housing & Planning Act (2016) made it easier for developers with housing associations and councils to get permission to demolish and rebuild on housing estates. However, campaigners were successful in watering down the original bill so that many of its powers were diminished. The Homelessness Act (2017) increased the responsibilities of local councils to support homeless people into housing. In 2019’s Section 21, no-fault evictions were made illegal so that landlords are no longer able to evict private renters for no reason.

More and more people are getting to know their rights and getting involved in campaigning. Organisations have been formed like London Renters Union, who are defending the rights of private renters, which more and more of us are.  Campaigners have been instrumental in the positive changes that have been brought in. Any improvements have been fought for, not given.

In the documentary, it’s apparent that mothers are a group that seem to be particularly affected by social cleansing. Why is that?
Melissa Herman: People from all backgrounds and situations are affected by social cleansing. However, our society isn’t organised to support parents, and single parents are especially vulnerable. Childcare is expensive and flexible jobs that will pay the rent are very difficult to find, so parents find themselves relying on scarce social housing.

Social cleansing is disastrous for parents and children as they are forced to move far away from their support networks and extended family.  Moving around causes disruption to schooling, by forcing children to change schools or to have to spend a lot of time travelling back and forth.

Those mothers also seem to make up grassroots activist movements against social cleansing. What was it like following them and that movement?
Melissa Herman: Focus E15 is a group of inspiring campaigners made up of mothers and children and others who believe in the power of creative, direct action to get their messages across and demand better housing. Focus E15 is based on a grassroots approach where being on the streets every week talking to people about their lives and their housing problems is at the centre of what they do. They are always open and welcoming and I continue to learn from them.

Safe and secure housing is essential for families so they can thrive. However, many of the Focus E15 mums live or have lived in cramped and damp temporary accommodation at Brimstone House in Newham – just around the corner from the Carpenters Estate, where 400 homes have been standing empty for more than a decade. This is especially shocking in a borough which has the highest levels of homelessness and poverty in London. 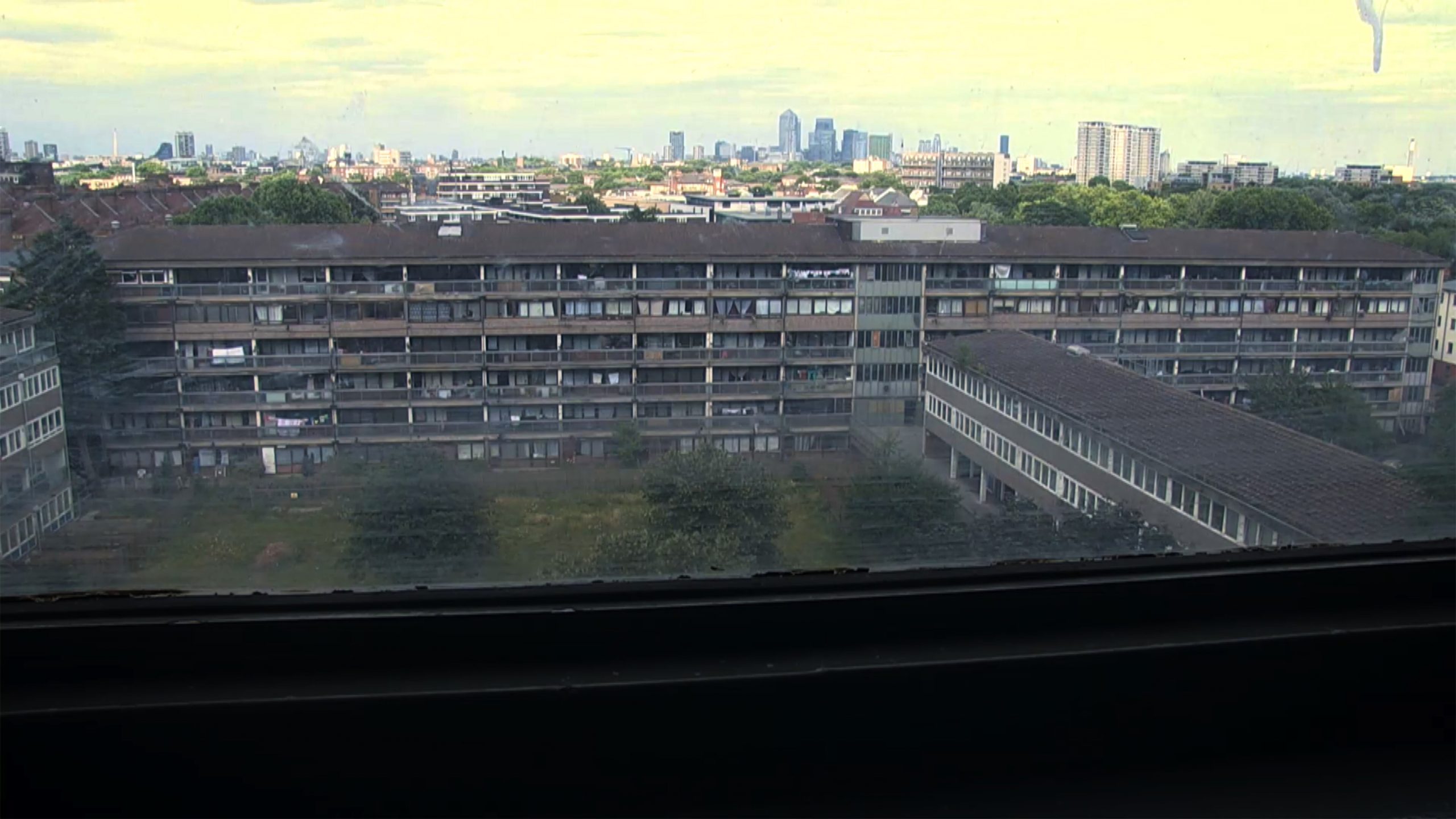 Grenfell felt like it was a turning point for discussions around social housing. Did it impact the film?
Melissa Herman: It had a major impact on the film. When the Grenfell Tower fire happened in June 2017 it felt like the most awful demonstration imaginable of the consequences of putting people’s needs and views last in housing. No film about housing could not feature Grenfell. However, the fire wasn’t only about housing, it was first and foremost a personal tragedy for hundreds of family, friends and neighbours of the victims, so it was very difficult to know how to sensitively incorporate Grenfell into the film. Over a year later I was very lucky to be introduced to Samia and her colleagues at the Space, who have been working extremely hard to get residents’ voices heard so that something like Grenfell can never ever happen again. At that point, it became clear how I could make what happened at Grenfell Tower a part of the film.

Have the discussions and actions around social housing changed since Grenfell?
Melissa Herman: The Grenfell tragedy brought social housing to the top of the agenda and it felt like change would have to happen, finally. One of the most shocking elements of the Grenfell fire was the fact that residents were speaking out about the tower being unsafe long before the fire happened, but no one in power was listening. Local and national governments have been forced to make some changes to respond to the demands from people to have their opinions heard and their housing needs met. However there has still been no justice for the victims’ families, and 1000s of people are still living in flats clad in flammable materials. The bottom line is that councils are not building enough genuinely affordable housing to meet the needs of London’s people, so there is a long way still to go.

After finishing the film, do you feel more optimistic or pessimistic about the future of social housing?
Melissa Herman: I think there are a lot of reasons to feel optimistic – there are some improvements in housing law and there is a real growing interest in housing and especially social housing policy. Across the UK millions of people, especially young people, are campaigning and getting involved with the Black Lives Matter movement and the environmental movement. We don’t know what’s coming and how the coming recession will impact us all yet but everywhere I look people are getting more involved in speaking up and getting informed and that is very positive.

We’re Still Here is now available to watch as part of Sheffield Doc/Fest.

Linkedin
RELATED ARTICLES
OTHER ARTICLES
In the latest OFFF Dispatch, the enigmatic designer dives into his process, connecting the dots between his unique and varied creative output.
The government is scrapping the Human Rights Act in a move that will hit marginalised people hardest.
In our first OFFF Dispatch piece, the Arce Studio founder shares her tips on standing out from the crowd.
The failure to hold landlords to account is denying tenants their basic dignity, writes Bella Saltiel.
In the last of our dispatches from OFFF Barcelona, Rufus Deuchler and Vincent Gault discuss the future of creative process.
The government’s failure to take long Covid seriously has led to the formation of a group campaigning for the thousands of forgotten victims of the illness.