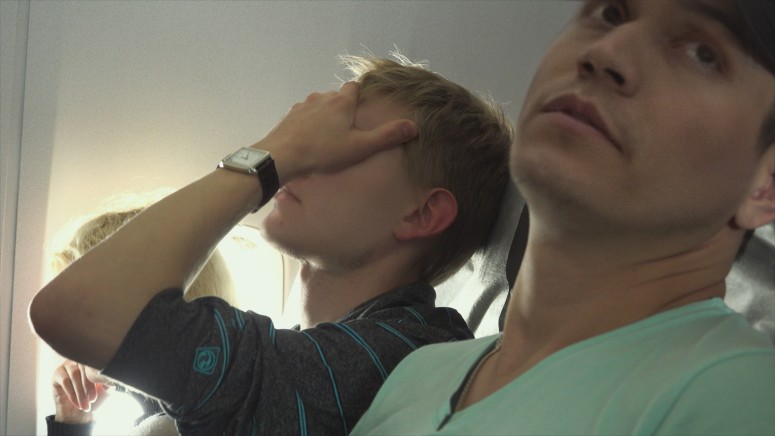 In his new documentary, David France went undercover to tell the story of the people helping the LGBTQ+ community escape persecution.

In his new documentary, David France went undercover to tell the story of the people helping the LGBTQ+ community escape persecution in the southern Russian state.

On a grey morning at the Berlin Film Festival, David France is telling a story as grim as the weather outside. He’s referring to a moment in his new documentary when a young woman leaving the Chechnyan Republic is detained and recaptured by her father. “When they got back to Chechnya, the father took her to the police station. The police gave him a gun and said, ‘okay, get rid of her.’ Even he couldn’t believe it.”

It’s one of many harrowing stories in France’s film, Welcome to Chechnya, in which he goes undercover in Russia to investigate the mass torture, murder and rounding up of LGBTQ+ people in the country’s southern region that has been ongoing since 2017. The film follows the Russian LGBT Network, a group of activists who extract at-risk LGBTQ+ people from Chechnya and hide them in safe houses in Moscow before helping them gain asylum in other countries.

France spent 20 months with the network and the result is a film as intimate, empathetic, and tender as it is distressing. It’s the first film of its kind, not only in regards to the subject matter but also in technique as instead of blurring faces to give anonymity, France’s VFX team created digital “masks” to allow its subjects’ to retain their humanity.

Fresh from Sundance and a hectic schedule in Berlin, France is nonetheless energetic and attentive, eager to discuss the film and proud of its reception so far. 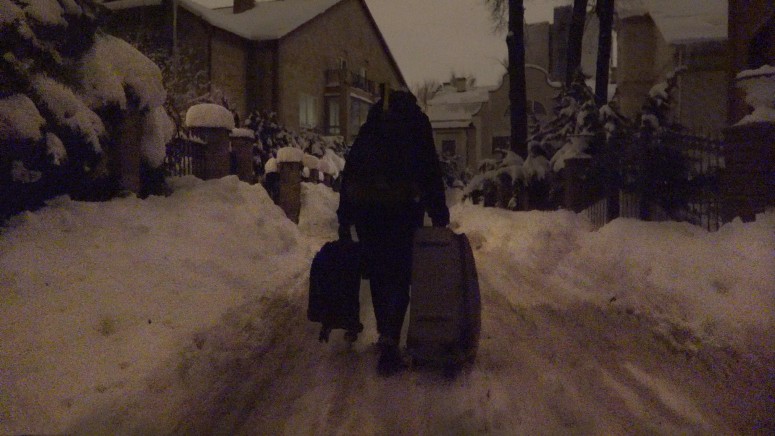 How did you first hear about the Russian LGBT Network and the work they were doing to rescue LGBTQ+ people from Chechnya?

I read an interview with Olga Baranova who was running the Moscow shelter and had spoken publicly about the work she was doing. I had an introduction to her and proposed the documentary. She was very interested at first but of course, there were questions of safety protocols and the protection of the identities of the people in the shelter. We worked that out quickly and in three days I was there shooting.

I have never been in a place that was so closed. I felt watched and studied but there was something about the tension in the area that I had never experienced before. I don’t even know how to describe it. I have done war reporting around the world but I had never felt the same kind of peril that I felt there, even though you didn’t necessarily see it – there were no goons with guns or military infrastructure confronting you immediately.

It was really guerrilla filmmaking. We had prepared very well with our security team and had a cover story of why we were there. Chechnya’s not a place where Americans go to visit but the World Cup had just been there and the story was that I was a wealthy American fan, especially enamoured with the Egyptian team because they had stayed in Chechnya. We were detained briefly as we were leaving – that’s in the film when they’re reaching in for passports because I had my phone between my legs and was shooting. When they called me out of the car, I dropped the phone and walked in with a second cell phone that had my football fan alibi on it.

Why did you decide on VFX “masks” to hide peoples’ identities?

I made the argument to the folks on the run that I needed to see their faces for the empathy. I needed to know what it was like to be them, to have been tortured so terribly, to have barely escaped, to be so dislocated from their community and to know that your family has joined the hunt for you.

Then we began the research to find a way to cover their faces and it’s been recognised as a major new tool for documentary filmmakers. It gives back power to people to tell their own stories and gives them back their humanity and agency.

There are some very shocking images of violence in the film. Was it difficult deciding what you could and couldn’t include?

It wasn’t a hard decision at all. This is an ongoing crime against humanity that no one is paying attention to. Without knowing what life in the shelter or on the run looks like, it makes these people’s journeys dismissible. We wanted to show the grotesqueness of what is going on and what they are escaping.

That’s why we used raw footage depicting some of the violence. We recognised that the footage was likely shot by the perpetrators themselves as either trophies or deliverables to show their superiors that they had accomplished what they were instructed to do. We very consciously felt like we were turning around the intent of that footage. 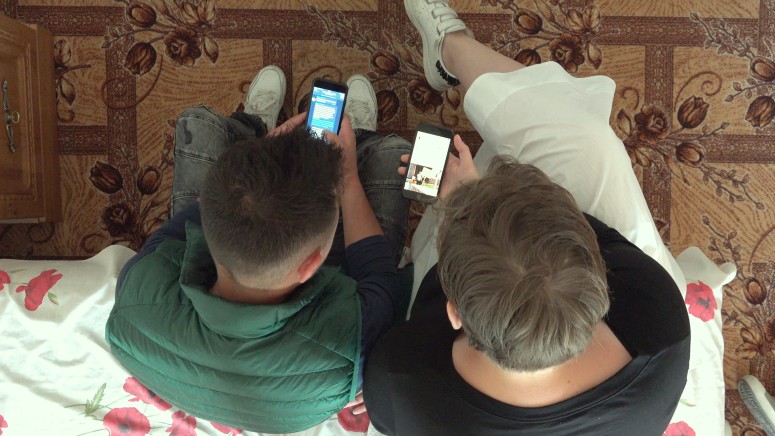 Did you ever feel like you found the reason behind what’s happening in Chechnya?

I believe that what’s happening in Chechnya is the extension of Putin’s policies for the last 10 to 15 years. He has been systematically rolling back the cultural acceptance of the LGBTQ+ community in Russia and did so by passing only one law: a propaganda law that makes it illegal to say anything in the presence of a minor that might be construed as suggesting the normalcy of LGBTQ+ people.

It is not illegal to be gay in Russia but there are no protections either. In his campaign during the last 15 years, Putin has created an appetite for traditional values and rebuilt the role of the church in Russian society after the collapse of communism. What he’s done is weaponise homophobia to consolidate power and the logical and extreme extension of that is what’s happening in Chechnya and other regions in Russia too.

What do you want audiences to take away from the film?

Hopefully, people who see the film will work to get the story back into headlines and people in the media can amplify the call for justice that will put pressure on governments around the world. The only global leader who has taken Putin to task on this is Angela Merkel – there’s been nothing from the US, and Canada has been remarkably quiet, although its quietly received asylum seekers. Even channels for humanitarian asylum visas have dried up because there’s no pressure for them to stay open. We hope that we’re playing a part in trying to relaunch this story in a way that will give people an impetus to do something about it.

Although the film is a harrowing watch, there are also tender moments between the people in the shelter which really show what’s at stake.

I thought I was making a film about hate but having spent time in that underground network, I saw some remarkable expressions of love – for strangers, for humanity, for life itself, for the ability to love naturally. I realised very early on that this film is about love and not just romantic love but love in a larger way. I wanted to make that film.

Welcome to Chechnya will be showing on HBO in June.

Linkedin
RELATED ARTICLES
OTHER ARTICLES
Writers Gracie Mae Bradley and Luke de Noronha take on the callousness of borders, arguing for a world beyond them.
Finland-born photographer Sirkka-Liisa Konttinen looks back on her decades-long documentation of life in Northern England.
In the latest instalment of Photographers in Conversation, the chronicler of raves, protests and beyond explains why he’s drawn to such specifically visceral environments.
Freddie Miller’s new series of photographs investigates who today’s trainspotters are and what drives their unfettered enthusiasm.
Photographer Arthur Grace recalls travelling through the Soviet Bloc and finding ways to evade the surveillance of his work.
Over a dozen Stop Deportation activists locked themselves to each other outside a detention centre to prevent coaches taking those due to be on the Rwanda deportation flight from leaving.