Art & Culture / Film / The documentary unearthing the truth about surveillance 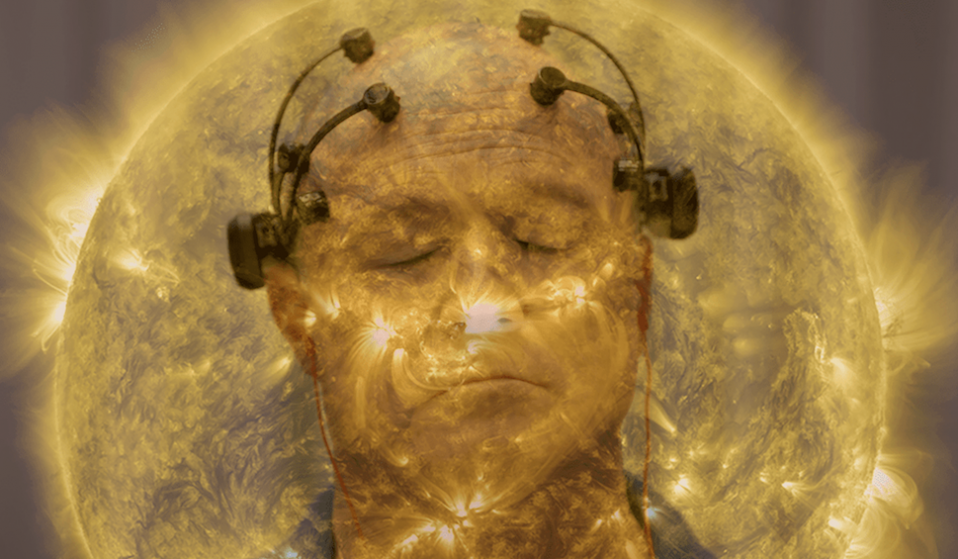 Photography © Still from ‘All Light, Everywhere‘

Looking back at his 2017 feature debut, Rat Film, Theo Anthony thinks of the project – an interrogation of racism, poverty, and resource allocation – as his way “to explore the topology” of Baltimore, Maryland (the place he grew up in). “It was this earnest way I tried to understand the history of the city, and my own place in it,” he says, noting “huge disparities in race, class and geography” and its propensity for “militarised technology”.

In his latest experimental documentary, All Light, Everywhere, the filmmaker digs into that technology, questioning the utility of constant surveillance – through CCTV, body cameras, even photographic identification – in Baltimore and far beyond. Turning the lens onto the lens itself, Anthony explores the ways in which both the still and moving image have been effectively weaponised and co-opted by eugenicists through time.

One of the film’s prominent, more contemporary threads is an evaluation of police body-cam footage and its use as an ‘objective’ tool. Over the course of the film, we learn that not only are police officers allowed to review footage of an incident before giving sworn statements, but that its wide-angle lens makes people appear closer than they are, and their movements more exaggerated.

In All Light, Everywhere, Anthony uses his camera to surveil groups who are not nearly as accustomed to being surveilled themselves. As a result, many of his subjects give uncanny, revealing performances, often inadvertently telling on themselves. In one scene, Anthony meets a man whose role it is to operate an airplane-mounted camera to track movement on city streets. “I believe god sees everything,” he says, while allowing himself the godly privilege of an omniscient aerial view. Anthony also films an officer leading a Baltimore Police Department training session, who encourages his peers to manipulate the narrative of potential altercations with their body cam footage while simultaneously claiming that “cameras don’t take sides”. In another scene, Steve Tuttle, a spokesperson for Axon, a company that produces – ominously enough – both body cameras and electric Tasers, remarks: “There are no secrets here”.

In moments like these, the case for abolition is subtly but powerfully implied. “This idea of policing as the institution that preserves law and order is a myth,” says the filmmaker. “It’s a very carefully-constructed myth to protect private property, prevent meaningful change by making surface level concessions.”

Huck caught up with Anthony to discuss how he managed to get his subjects to agree to being filmed, the insidious nature of our modern surveillance age, and the film’s guiding principles.

How would you describe what this film is about?

I think All Light, Everywhere is a film about vision. I think it’s about the infrastructure of vision, how power manifests in images, and how institutions use those images. It tries to be a deeper history of all those things, including how that manifests in the present quite literally, through me making the film you’re seeing.

What first got you interested in those sorts of subjects?

I think I have always been investigating different relationships between the subject and filmmaker and trying to interrogate the ways in which the camera shapes that dynamic. I always found it pretty obnoxious that we weren’t talking about the most obvious thing in the room; the camera was the reason why we were there. I lived in Eastern Congo for six months, reporting for VICE and others. I’m there to manufacture images and there’s no real interrogation, at least on my end, or my contractor’s end, of why I’m the one telling this story.

That really just carried on through the making of Rat Film, which I think explores a lot of similar themes. Its really come from practice in the sense of just me coming up with these questions as I was in the field and understanding my own presence, in my body and the camera.

Watching the film I can’t help but wonder: was part of your motivation just to put a camera on these awful people, to sort of see how they like it?

We were very much interested in making a film that would literally just turn the camera around on the people and institutions who were behind some of this technology. I think there’s a lot of very abstract, disconnected conversation and capital ‘D’ discourse that doesn’t really look at the particularities of how this stuff plays out, and I’m always interested in the details.

I am constantly reading things and ingesting media, and sometimes things just stick. The body cameras were one of those things. After [Freddie Gray’s] killing, there was a Department of Justice consent decree, and one of their main mandates was to implement a body-camera program. Reading more about it, I found out that they were also the company that made these tasers, and that connection really stuck with me.

I think the way you show some of those people up (inadvertently or otherwise) does make for quite a satisfying watch. There’s a kind of mocking humour in your editing choices I was hoping you could say more about.

No matter who I film with, I try to really walk them through what I want them to do, get their feedback and include them as much as possible in the framing of the image. This is while also understanding that it still doesn’t mean there’s a level playing field. I’m still behind the camera, they’re still in front of the camera, but it’s something I try to be as explicit about as possible. When it’s someone who I disagree with, like Steve [Tuttle], they will still have our shot list, our questions, and we’ll walk him through it. But Steve’s job is to essentially perform propaganda, and that was something that we really wanted to lean into.

We watched every interview he’d ever done, we watched all his corporate materials, and – when designing the shoot – based our entire shot list on things that he had already done and would therefore be comfortable doing again. So we were trying to be very true to the image that [these companies] had put out in the world, but also trying to shift the context just enough that people are able to look at it critically.

Did you have to be opaque about your intentions at all to get these interviews, or even just the police training footage?

There’s obviously strategic ways you present information, but I would never lie. When you’re talking about this technology, what’s key is the way that it’s pitched to the public; that it’s going to increase transparency, and through that transparency, you can have greater accountability for government institutions. Of course, much of this technology that is supposed to make things more transparent actually just makes them more opaque. But when we are approaching the Baltimore Police Department, for instance, we are able to lean into that access, or we’re able to use that idea of transparency. Either they grant us that and they’re fulfilling that promise, or they don’t, and appear critical to that very mandate. We say, ‘Hey, if you believe in transparency, we’d love to have access. And if you’re not granting us access to this, why is that?’

As a white filmmaker, did you have any hesitations in terms of being the right person to tell this story, which has so many ties to race and Blackness specifically?

Yeah, absolutely. I mean, that was the conversation. In my work now I am trying to be very conscious of the fact that I’m not speaking for anyone else’s experience, I try to check myself to ensure I’m not making any assumptions, or explaining something about someone else’s experience. There’s this really great essay by this writer/philosopher, Édouard Glissant, about the “right to opacity” that was one of our guiding principles for this. It speaks all about the right of colonised people to maintain a sense of opacity in the light of a penetrating colonial gaze. Opacity can actually be this revolutionary, liberating act. The film’s title itself is kind of a self-own in some ways: All Light, Everywhere. We were constantly asking, where does this light reach? Where are these pockets of opacity?

What would you say the meaning of the film’s title is in that case?

It really comes from al-Kindi, this 9th Century Persian philosopher-polymath who translated a lot of Greek texts and put them in dialogue with Islam. He has this really beautiful line about Plato’s theory of vision, which was this extra-mission theory; this idea that light emanated from the eyes and tied together the world; that the world was literally tied together by all light, everywhere. Light, not only enabling visibility, but also binding the world together, was a central image for us throughout. And then of course, in the context of surveillance, all light everywhere really might not be such a good thing.

All Light, Everywhere is available to stream on Apple TV+.

Linkedin
RELATED ARTICLES
OTHER ARTICLES
The action took place in response to the 200 asylum-seeking children who were placed in hotels run by the Home Office who have gone missing.
As she gears up for the release of her first book, the 24-year-old climate activist talks standing up to authority and building a more inclusive movement.
Filmmaker Laura Poitras discusses her new documentary which traces the remarkable life of the artist-activist and the impact of her battle against the US opioid crisis.
A new exhibitions brings together the work of photographers who documented the deep unrest of these pivotal decades.
Photographer Sean Maung reflects on documenting a small town in Pennsylvania afflicted by high levels of unemployment, poverty, violence, crime, and addiction.
After building his reputation covering the US civil rights movement in the 1960s, the photographer went on to produce some of the most enduring images of the past century.