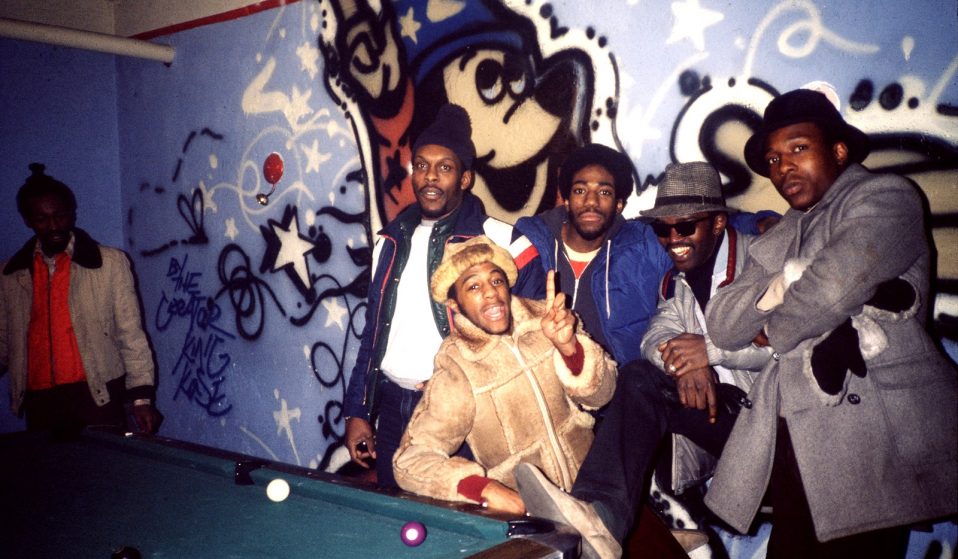 As the 1983 feature – which brought New York’s hip hop scene to international attention – celebrates its 35th birthday this year, we talk to the people who made it happen.

As the 1983 feature – which brought New York’s hip hop scene to international attention – celebrates its 35th birthday this year, we talk to the people who made it happen.

Back in 1978, artist Charlie Ahearn saw a couple of vibrant murals in the handball courts of the Smith Projects in New York’s Lower East Side. The word “LEE” appeared across them in big bold letters. Ahearn was intrigued, and quickly realised it was the work of Lee Quinones, one of graffiti’s greatest writers.

A year later, Ahearn met Lee and Fab 5 Freddy during the historic Times Square Show. The trio immediately started collaborating. At the time, the words “wild style” were on everybody’s lips – it was the name for the colorful, hyper-stylised letterforms dominating graffiti that most people could not read.

Simultaneously, hip hop music was sizzling in the clubs and parks, as the first generation of DJs spun breakbeats while MCs tore up the mic and b-boys rocked the floor. As all of this was happening on his doorstep in New York, Ahearn decided to turn it into Wild Style – the first ever hip hop feature film. 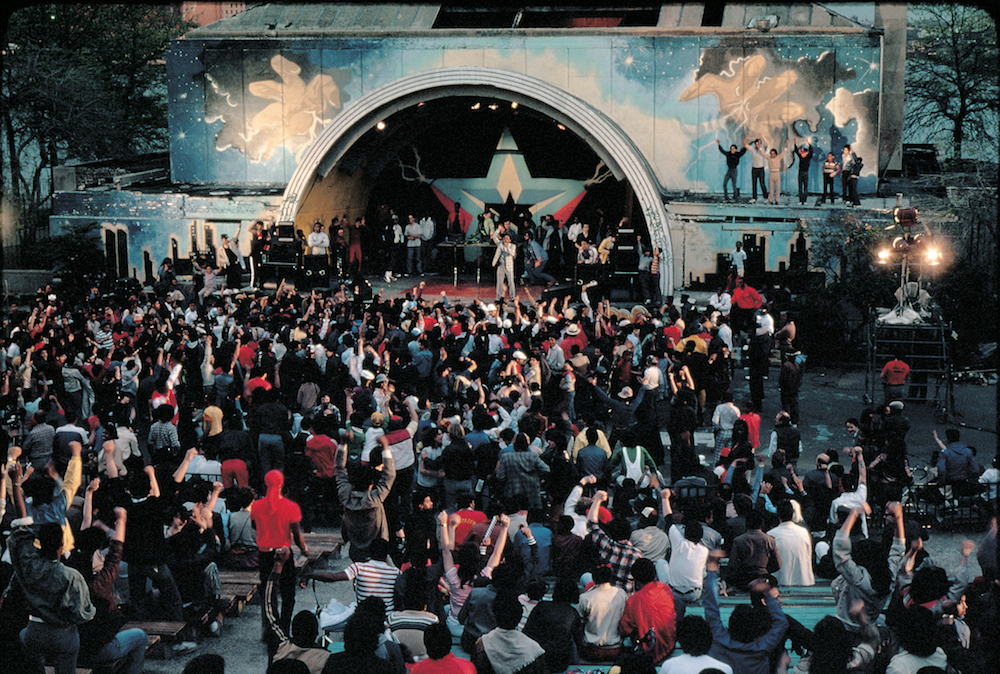 Now, to celebrate the 35th anniversary of the film that launched the culture around the world, SummerStage will host a reunion concert and film screening at the very location the movie’s climactic final scene was filmed. On Thursday, August 9, Grandmaster Caz will host a night of live performances by Cold Crush Brothers, GrandWizzard Theodore & the Fantastic 5, Double Trouble, and a special surprise from the Chief Rocker Busy Bee Starski, followed by a screening of the film.

“In Wild Style, it was all outlaw parties,” Ahearn says, with a laugh. “The Amphitheater was painted illegally. We performed there illegally in both 1981 and 1982, and we had the place mobbed with people mostly from Alphabet City, which was notorious. The shows were done with giant lights, giant speakers, and no permissions. That was hip hop and people should not forget that.” 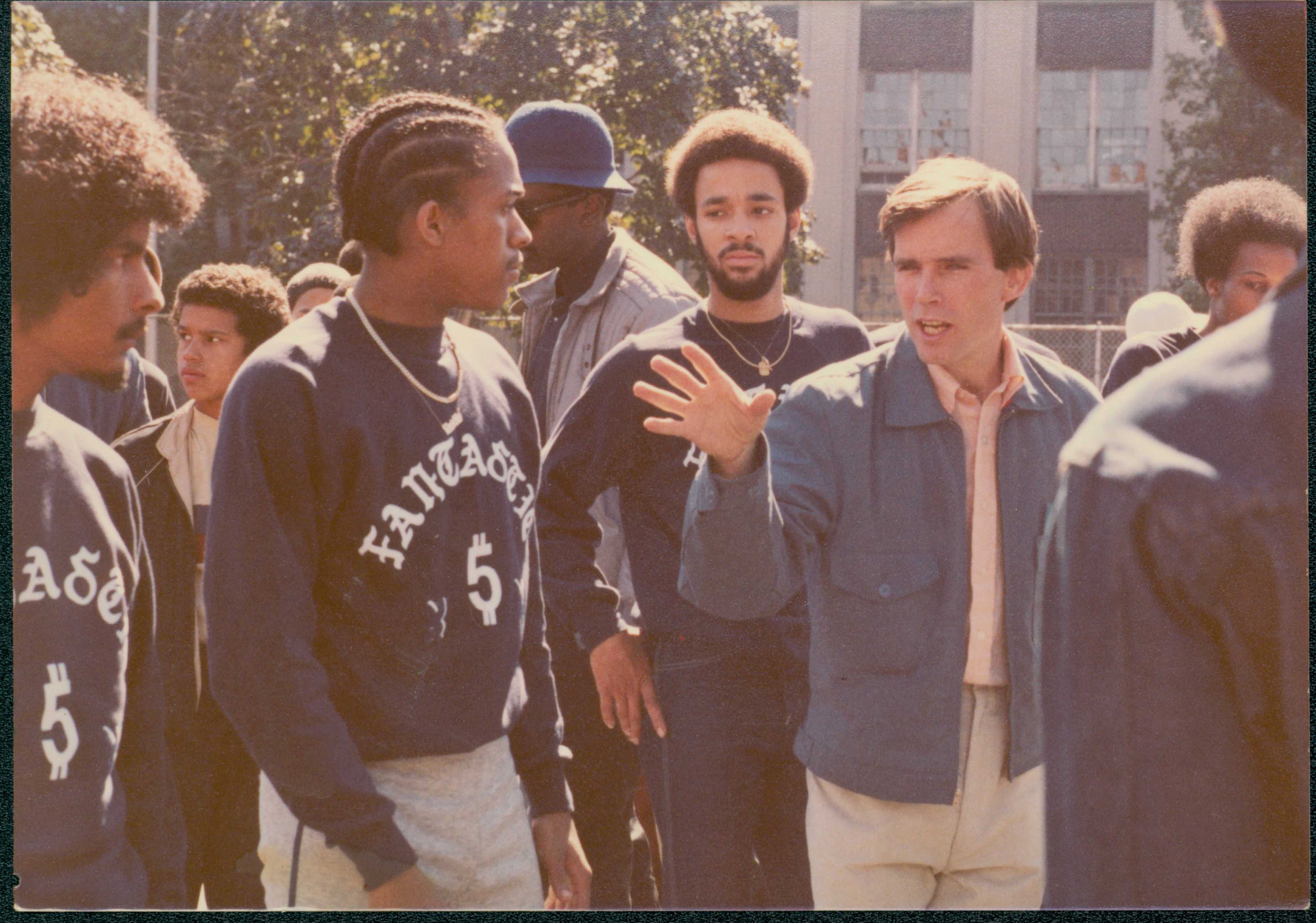 In fact, Wild Style is more than the story of characters in the script – it’s a document of the way the people themselves were living. The famed scene with Grandmaster Flash DJing in the kitchen was actually shot in his own apartment. The stick-up kids were cast on the spot, provided their own weapons, and ad-libbed the scene. Double Trouble’s famed “Stoop Rap” was about the Funky Four’s breakup, which was happening in real time.

“What has impressed me the most about the film is that it comes very close to what we did back in the days,” GrandWizzard Theodore, the inventor of the scratch, remembers. “Charlie Ahearn captured the essence of hip hop and the things that went on in our lives other than music – like single-parent homes, going to school for so many years and still not learning anything, just being in the street.”

“When Busy Bee Starski first started bringing Charlie around, Charlie was taking a lot of pictures. Everyone was trying to figure out why he was taking so many pictures, but I was looking ahead and realised one day people were going to be looking back at this. He was documenting our lives.” 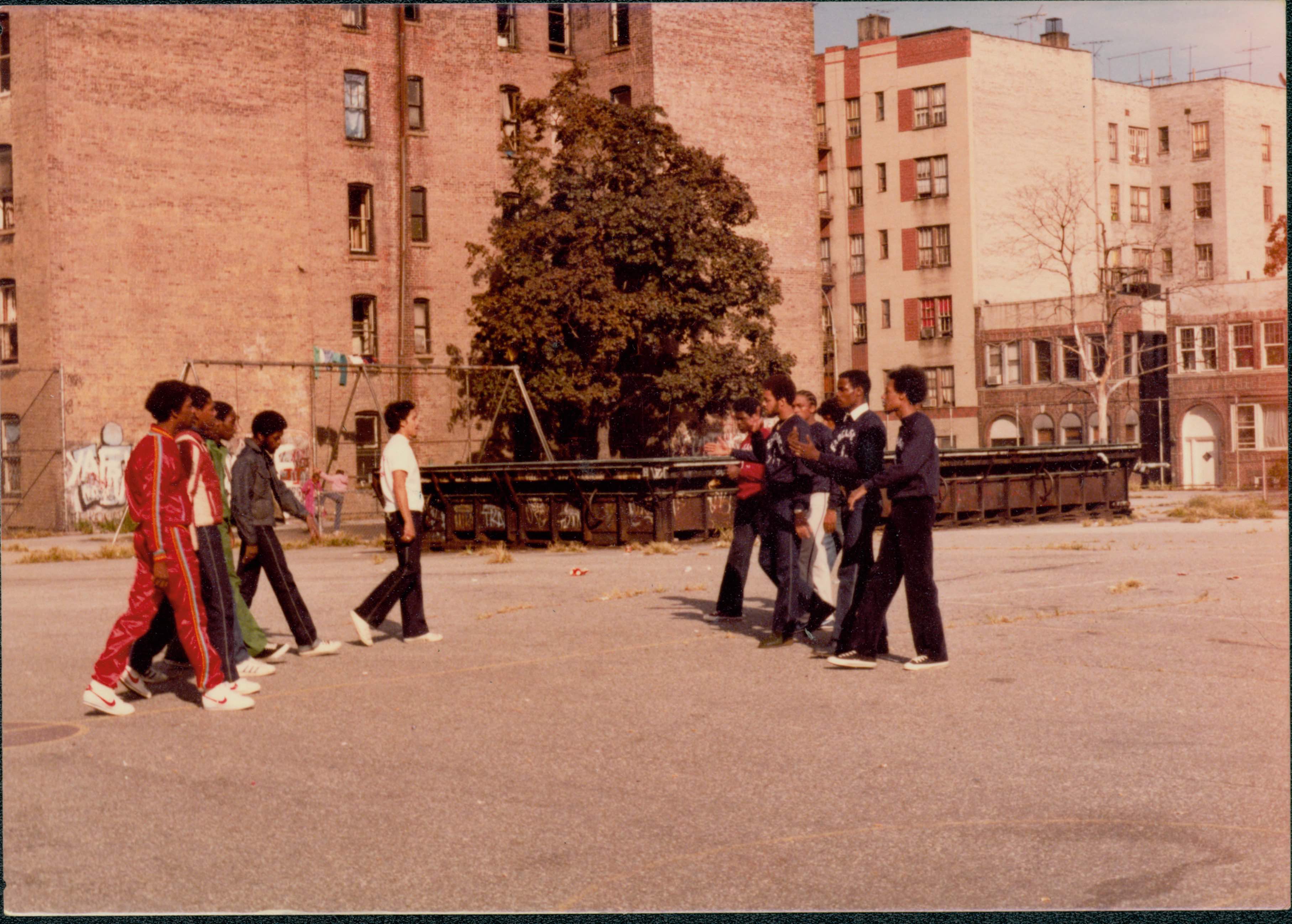 Busy Bee laughs when he thinks back on the first time he met Ahearn in 1980. “I thought Charlie was a policeman,” he says. “Where I come from, in the ghetto back in the ’70s, there were no white guys coming around looking for black guys unless they were the police. Charlie was looking for me and I started ducking him until he finally caught up to me. He told me who he was and what he wanted to do and I was like, ‘Huhh? What? You ain’t the police?’ and we started laughing. After that, I acted like I knew him for 30 years.”

That sense of belonging is what made Wild Style iconic from its very release, making it not only a hit in the United States, but also across the world. For the first time, international audiences were seeing DJs rock a party, MCs turn it up, B-boys battle, and graffiti writers bomb. 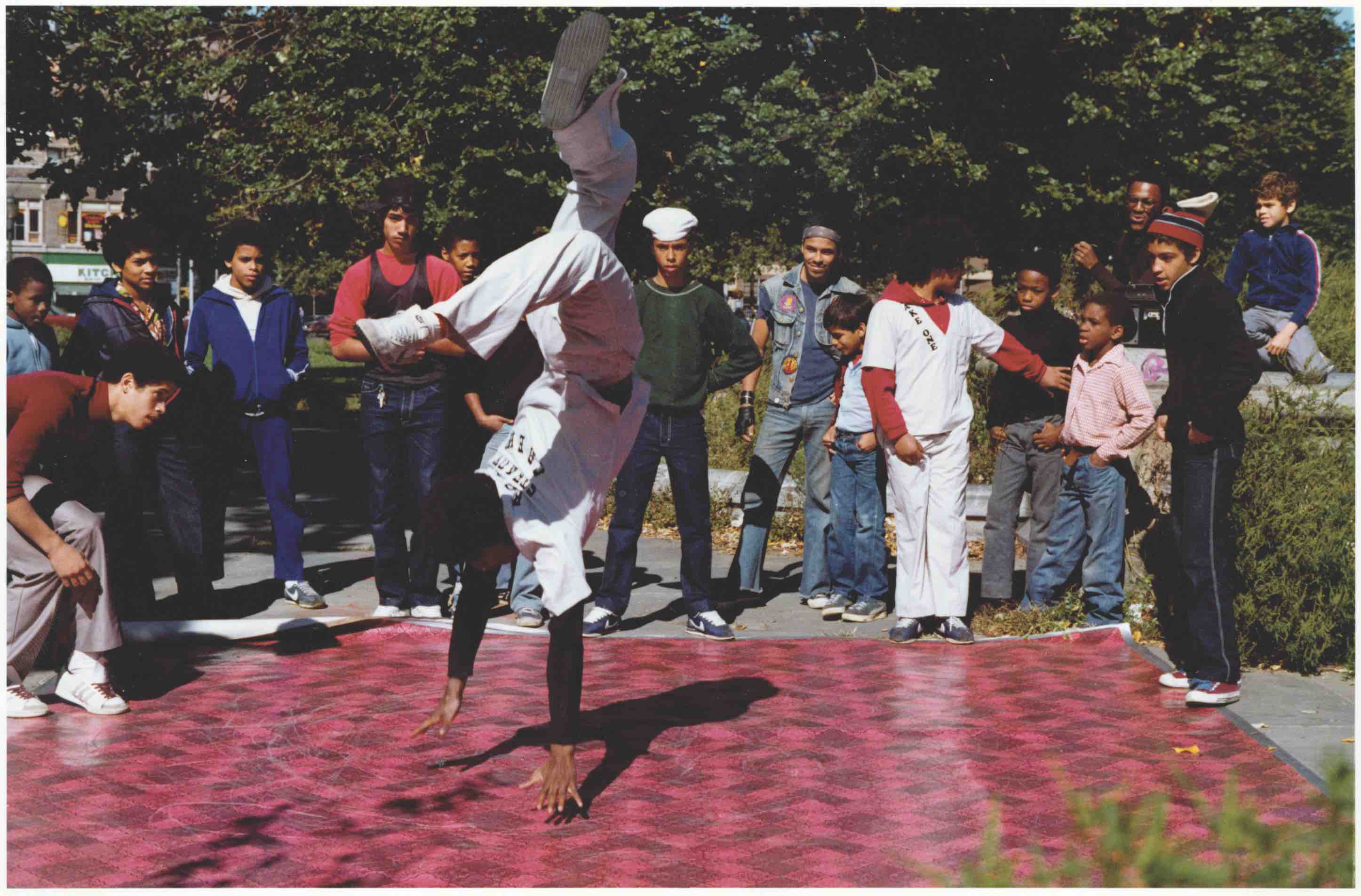 And the cherry on top of it all is the original soundtrack laid down in the studio, featuring Chris Stein of Blondie on guitar. 12 songs were cut and two copies a piece given out to Flash, Theodore, Charlie Chase, Tony Tone, and DJ AJ. Then the MCs got to work and created a masterpiece, with classic cuts like “Down by Law” and “Gangbusters.”

Over the years, the film has been the source of inspiration and influence for countless artists, dancers, and musicians. The iconic logo, designed by ZEPHYR and painted by SHARP and REVOLT in Riverside Park in the dead of night, has been remade by countless companies, while the music from the film has been sampled by everyone from Nas, Missy Elliott, and Gang Starr to the Beastie Boys, the Roots, and Cypress Hill.

“Charlie Ahearn is hip hop,” adds Busy Bee, fondly. “He kept the culture going across the earth. We were the first MCs, breakdancers, graffiti writers, beatboxers, and DJS to ever go to Japan. We took it to another world so that today, there is no place can go and not see hip hop. We took over the planet.” 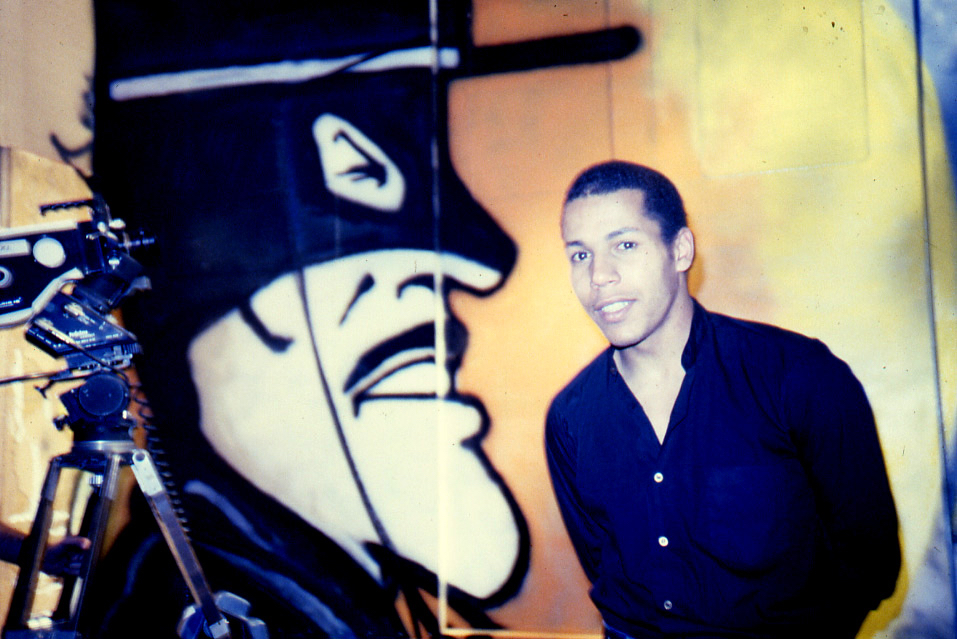 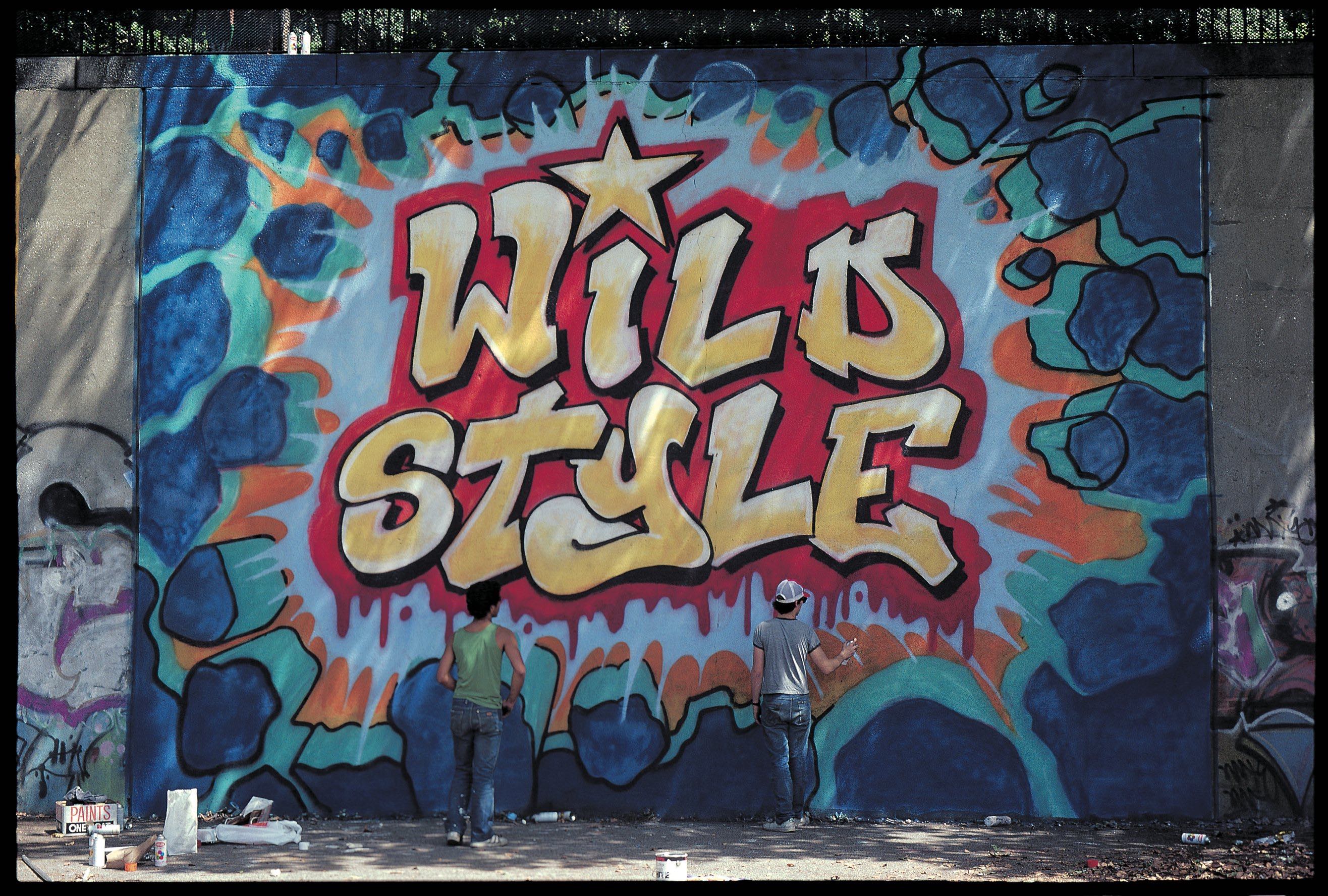 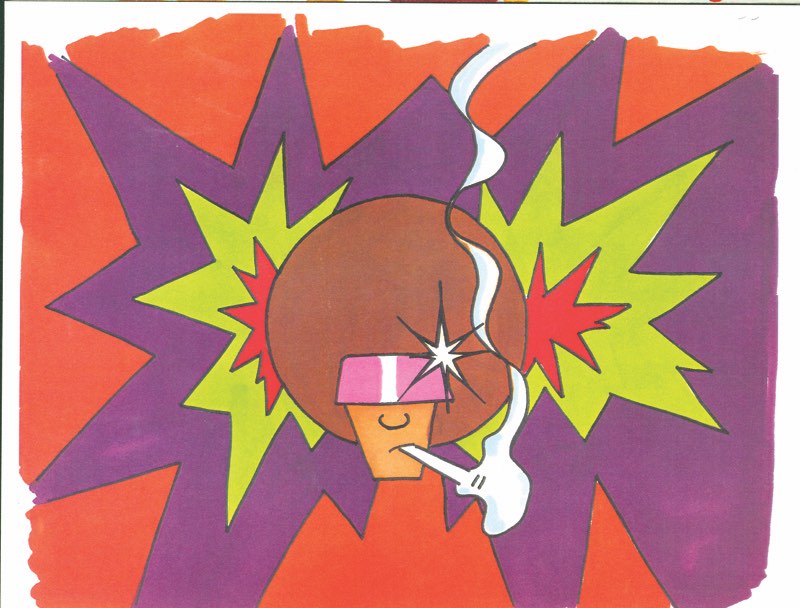 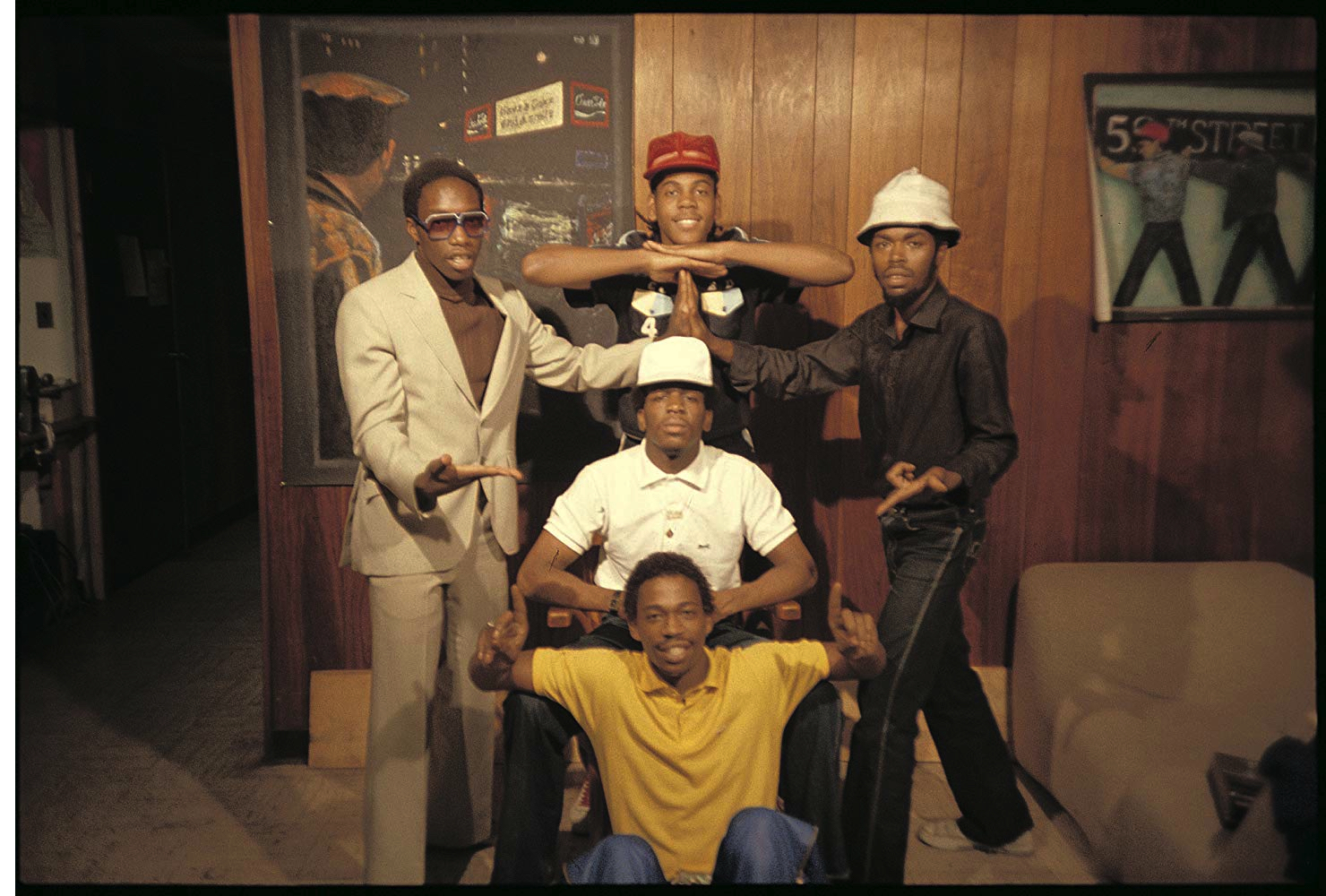 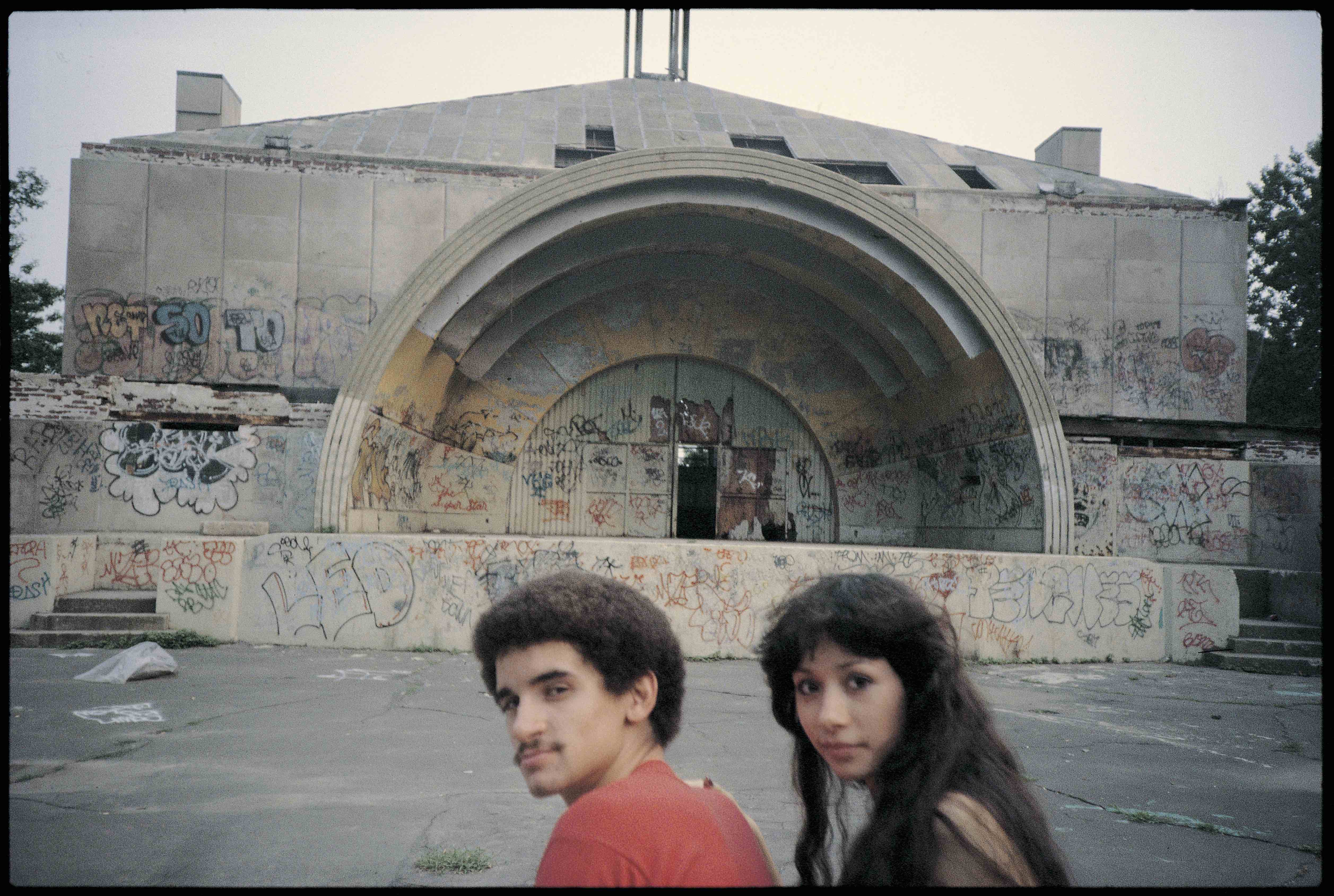 Linkedin
RELATED ARTICLES
OTHER ARTICLES
Thousands attended the annual event this year to wheelie through the city and call for ‘knives down, bikes up’.
A group of young Palestinians have found temporary freedom in the act of parkour, reimagining wreckage and ruins as a series of high-octane playgrounds.
Photographer David Corio’s archive offers a glimpse inside a revolutionary era of music and nightlife.
For over a decade, gamblers have won big by employing people to place live bets from the court. But does this dubious method still work?
Sean Maung’s photos are a love letter to the Black and brown communities that make up New York.
Yesterday thousands gathered outside Buckingham Palace after news of the Queen’s death broke.