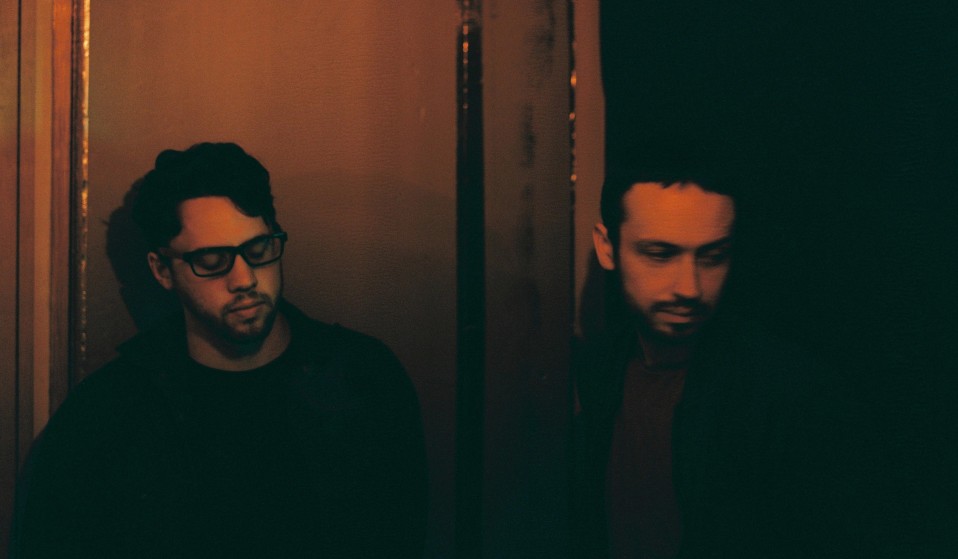 The art of fusing music with film.

Electronic duo Solar Bears and filmmaker Michael Robinson have teamed up for one of this year's best albums so far. In the spirit of collaboration, Huck asked them to rate each other's favourite partnerships between filmmakers and musicians.

When Solar Bears began collaborating with filmmaker Michael Robinson, they didn’t need to say anything. No guidance, no instruction, no reference points. They just trusted his vision.

“The thing about working with Michael is that he doesn’t actually need that information,” says John Kowalski, one half of the Irish electronic duo. “There’s some sort of synchronicity or synergy there that’s pretty hard to outline. He’s able to pick up on things easily, so he has free reign and it always end up being ideal.”

“Every time John and I discuss something we think would be appropriate visually for a track,” says Rian Trench, the other half of Solar Bears, “Michael has made pretty much exactly what we talked about without being told anything. It kind of freaks us out every time it happens.”

Since directing a video for ‘She Was Coloured In’, the title track of Solar Bears’ 2011 debut, Robinson is now responsible for all the band’s artwork, effectively becoming a third member.

But new album Advancement represents a breakthrough for both parties. It’s a balanced, cohesive listening experience packed with the kind of attention to detail that makes it one of the year’s best so far.

The more time you spend with the record, the more you appreciate the creative conditioning behind its precision. Advancement feels as if it’s been rigorously worked into shape without losing any vitality – a perfect canvas for filmmaker Robinson to work with.

He shot the videos last year on a combination of Super 8 and 16mm Kodak Vision 3 film, constructing “honest reflections of moments” while allowing certain visual themes to find their way in randomly.

“For me, the music speaks of something that’s personal yet global,” says Robinson, who’s based in Pennsylvania. “[It’s] the dyadic relationships that are focused and inherent in our nature: our DNA strands, genders, cognitive hemispheres and how that all rolls up into social, political and spiritual constructs… checks and balances, utopia or dystopia.

“Both vignettes ‘Everything Set Right’ and ‘Everything Set Ablaze’ have specific placement in the track-listing and speak to an age-old, stunted walk-cycle: one step forward to create, one step backward to destroy. Like a pendulum, maybe.”

Huck put this synergy to the test by asking both Solar Bears and Michael Robinson to name their favourite partnerships between musicians and filmmakers. In the spirit of collaboration, they then passed those selections along for another member of the trio to comment on.

“Chris Cunningham is one of the all-time greats. Just a complete genius. When his film for ‘Windowlicker’ came out, I felt like there was some sort of sea change. Since then I have followed him religiously. This is a prime example of his skill, just as visceral as his more flamboyant output. He has an abnormal ability to make the familiar seem completely alien. I was really looking forward to his Warpaint documentary… sadly, it has yet to surface.”

“Shynola is a collective of different animators, artists and directors based in London and their campaign with Radiohead expanded the scope of Kid A even further for me. The winter scenes are especially affecting. It’s a perfect marriage of sound and vision. I’m anticipating their forthcoming feature with Warp Films.”

“I discovered his work through scenes in both The Royal Tenenbaums by Wes Anderson and Thumbsucker by Mike Mills, who directed music videos for Air’s Moon Safari, so there’s definitely some synchronicity at play here. This is really beautiful. I’m intrigued by what else the filmmaker has done since. It certainly captures Elliott Smith succinctly; full of gorgeous imagery too.”

“Possibly the ultimate pairing. Anyone of a certain age has the Twin Peaks theme in the back of their mind somewhere. The closing scene of the film (which had Badalamenti’s piece ‘Voice Of Love’ playing) is as good as it gets: fully ambiguous and transcendent. It still puzzles me why the film got the reception it did at the time. As far as I’m concerned, it’s a masterpiece.”

“’Eyes’ and ‘Drop (Do It Again)’ are both classics to me, the latter I now remember seeing on a big screen at a RESFEST years ago. Koichiro has a really playful approach to working with images and concepts; it reminds me of some of Zbigniew Rybczynski’s work in a way. ‘Fit Song’ is like a culmination of that feeling; really fun to experience. Their other collaborations are worth checking out as well.”

“I’m immediately reminded of the tradition set by Gerald Scarfe and Vince Collins – full of great visual ideas in how they shift through various compositions. I actually haven’t seen this before and was completely engrossed in it from start to finish. Animation is a time consuming endeavor; I feel it’s vital to work in it as a starting point to appreciate every frame. I will definitely keep an eye on Anthony’s work in the future.”

“I was privileged to see Flex in its entirety many years ago; I have very vague memories of it now but can recall it being quite powerful when it was over. When they are working together you a) definitely have a sense of their combined creative presence, b) never know where it’s going and c) are never sure if it’s supposed to be tongue-in-cheek or a vivid reflection of the real world.”

“There is an elegance to Noe’s shadow figure walking through the trees. Every line from Cave seems to give the images more meaning and mystery in equal measure. It’s like Noe’s created the perfect vehicle for the music to operate in. I imagine if the music was to suddenly stop, the film would become still.”

“I found every image in this video to be a complete surprise. I think Gondry manages to capture the child-like viewing of very adult themes perfectly. There is sophistication in the way he combines so many different techniques without any of them seeming out of place.”

“I’ve always found this film to be wonderfully random. Ultimately, I think that’s all it really is and for me it bears no strong relationship with Daft Punk’s music at the time of it’s release. This makes it even more odd and hilarious. Years later, Daft Punk’s own film Electroma had a similar kind of ambiguity, and that’s certainly no coincidence.” 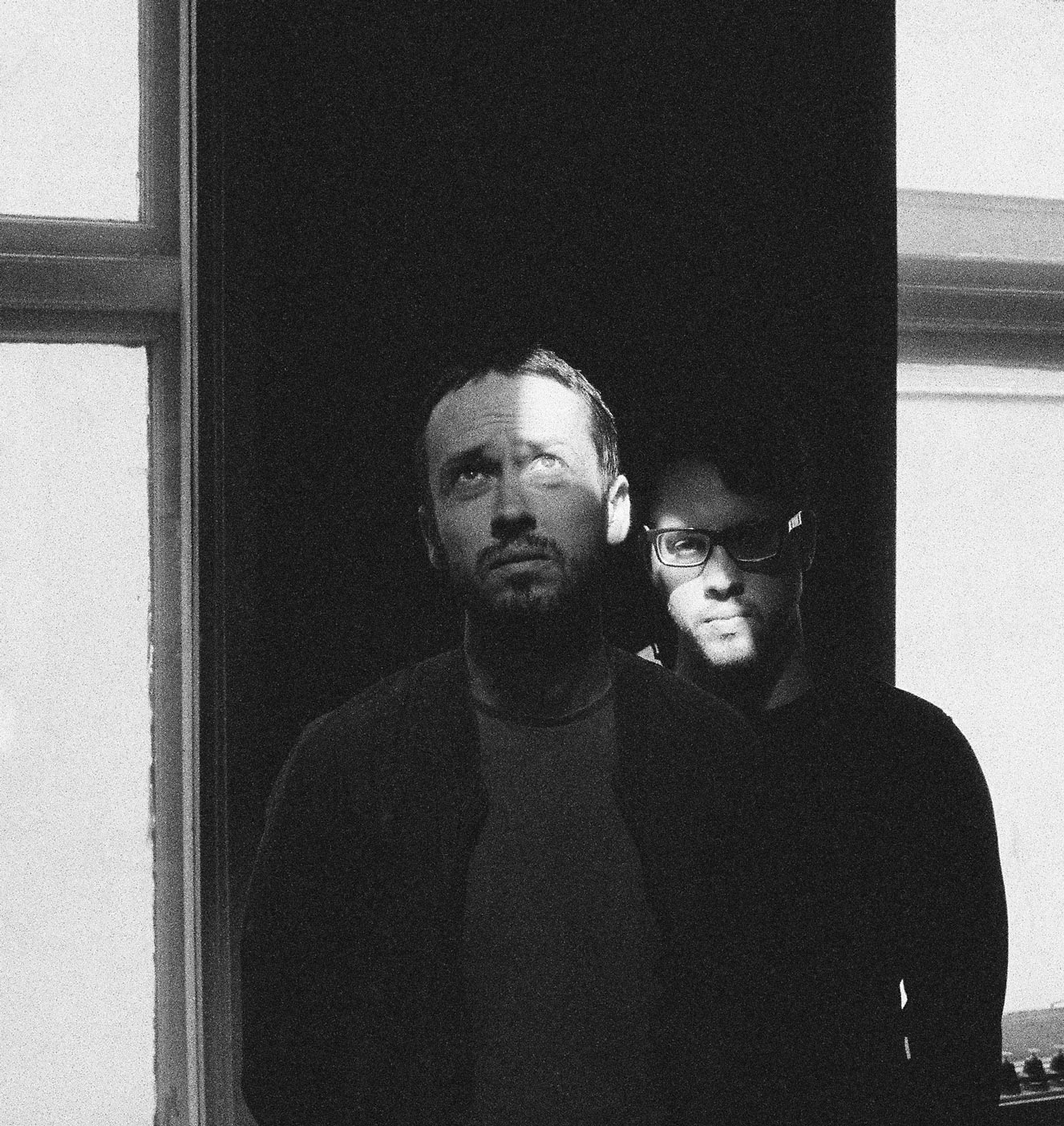 Advancement is out on Sunday Best.

Linkedin
RELATED ARTICLES
OTHER ARTICLES
For decades, Wilmslow Road has been a bustling area full of curry houses. But how did it come to be what it is today?
The author discusses her blistering new novel about history, revolution and queer love.
In the latest OFFF Dispatch, the enigmatic designer dives into his process, connecting the dots between his unique and varied creative output.
Government plans to make it harder for people to go to university will only entrench inequality.
In her new book, the author gives a blistering account of the horrifying North African refugee crisis.
The government is scrapping the Human Rights Act in a move that will hit marginalised people hardest.