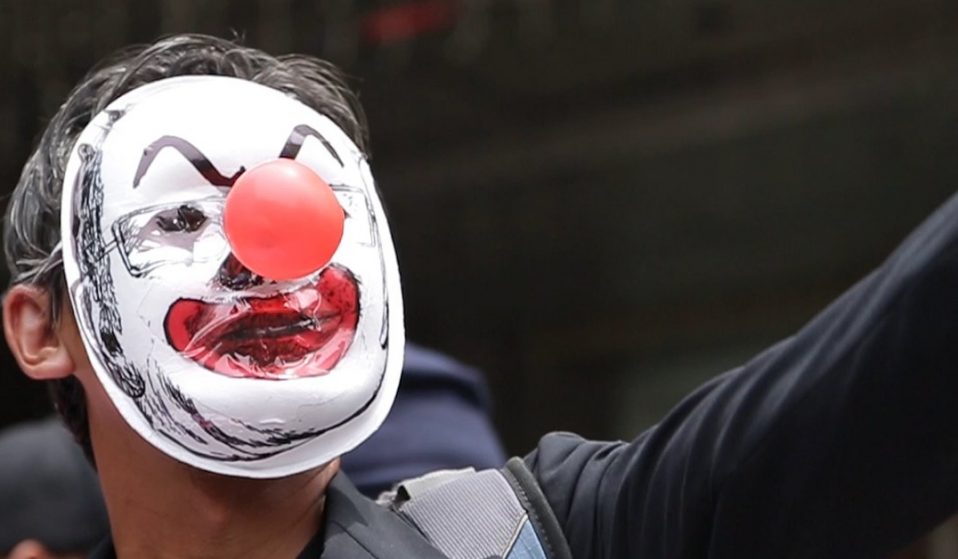 A new documentary follows reporters and law enforcement agents as they track an audacious scam – one that involves corruption, film stars and politicians.

A new documentary follows reporters and law enforcement agents as they track an audacious scam – one that involves embezzlement, corruption, film stars and politicians.

Embezzlement, political corruption, international money laundering, film stars and crooks: The Kleptocrats really is a documentary that has it all. The film, directed by Sam Hobkinson and Havana Marking, details the story of the world’s biggest white-collar heist, involving government corruption at the very highest level.

In 2009, a strategic development company called 1MDB (1Malaysia Development Berhadowned), owned by the Minister of Finance for Malaysia, was opened, with the intention of boosting long-term economic growth and stability for the country by building on foreign business partnerships. However, by 2015 it was revealed that $3.5 billion had been embezzled from the wealth fund.

This embezzlement was linked directly to the prime minister of the country Najib Razak, as well as some of his associates – including a mysterious, party-loving character by the name of Jho Low. Low himself was also linked to a new film production company with deep pockets called Red Granite Pictures, that had began to pump money into Hollywood.

The money even ended up funding Martin Scorsese’s Oscar-nominated The Wolf of Wall Street, along with other films such as Dumb and Dumber To and Christian Bale-starring Out of the Furnace. Low also threw extravagant parties that drew the likes of Paris Hilton to them, and quickly became a name on the New York and Las Vegas club scene.

Following journalistic and foreign law enforcement agency investigation, the operation was eventually revealed and brought down – resulting in Low becoming a fugitive and Razak’s removal from power. In The Kleptocrats, the sheer scale of the corruption involved in getting there is peeled back, emphasising the frightening heights it can reach within government.

After the film’s screening at CPH:DOX in Copenhagen, Huck spoke to co-director Hobkinson about bringing the wild story to the big screen.

How did you come to this story?
This film has quite a long history and I can’t claim to have discovered the story. As with quite a lot of long-term documentary projects, it’s a big team effort. My co-director Havana Marking had been filming for a long time before I came on board. And we were working with a number of investigative journalists who had truly discovered the story by painstakingly digging and following complex money trails.

That said, what interested me was exactly what interested the whole team – an almost unbelievable story about the human capacity for greed that reveals how, with the right knowledge, an individual can steal billions from the people of a nation within the plain sight of the entire world’s media. A white collar heist story that is equally compelling and sickening. And of course the irony that this money then funded a hit movie about corruption and money laundering was a gift for us as filmmakers.

What were the biggest hurdles of making a film like this?
The biggest one is obviously access. Getting to speak to the people behind the crimes – Jho Low, Najib Razak, Riza Aziz – and the people implicated – Leonardo DiCaprio, etc – was going to be almost impossible. For this reason the film became a detective story. By telling how several investigative journalists broke the story, we were able to bring the characters inside it to life.

Do you think this story would have gained as much traction if there weren’t ties to Hollywood? Would this maybe have just been ignored as some problem belonging to another country?
Absolutely. The Hollywood connection, the New York clubbing connection, the supermodel glamour – [these] are the things that draw people to the story. It’s a sad fact that it would have been much harder to find the money and the audience for a documentary like this without it. And the truth is that many similar scandalous instances of kleptocracy go unnoticed by the wider world for that very reason.

Had Jho Low not craved celebrity and the acceptance of the Hollywood elite, had he not spent so extravagantly on the New York Club scene, he may still have been successfully operating his scheme till this day. Luckily for us, he was not so sensible.

Do you view any of the celebrities that took his money as being complicit in any way? Where they just ignorant to it all or should more scrutiny be placed on where the money is coming from?
There are still questions to be asked about how much the celebrities involved knew about where the money came from. But what I think the story – and hopefully the film – shows is that all human beings have the capacity to be seduced by money, and when presented with a lot of it, the questions that should be asked about its provenance can easily be conveniently forgotten.

The scale of the corruption is staggering, but it also feels very emblematic of the times. Did you get the feeling coming out of this that this is a more common worldwide problem than people are aware of?
I hope the film does something to highlight the plight of people in countries where government corruption and kleptocracy are endemic. Amazingly, the Malaysian people stood up to Najib Razak and managed to overthrow a government that has stood since Malaysia’s independence from Britain. It would be nice to think that the people of nations who have suffered in a similar way are inspired to do the same thing.

Have any of the celebrities involved actively come out and condemned Jho Low or have they mostly taken the silent approach?
Alas, most celebrities have taken the silent approach. Short statements issued by lawyers have been the most that we have heard, and though we maintained dialogue with agents and publicists, we never got to speak to any of the public figures involved.

What would have been the main things you would have liked to ask Jho Low if you could have tracked him down?
Jho Low is a fascinating character who for me makes this story unique. He seems motivated by a very modern hunger for fame and acceptance, his character a strange mixture of childish naivety and super-confident manipulator. I’d be interested to know if the money was just a route to celebrity, if he could have had the celebrity without the money would he have taken it?

While a great deal of the film was angering, there was also a great message of hope displayed by the Malaysian people. Did you come out of this project feeling hopeful in any way?
It would be wrong to just tell the story of a load of white western journalists saving the day. It was very important to us for this film to in some way represent the impact in Malaysia. The journalists may have broken the story but it was the Malaysians who suffered and ultimately ousted their corrupt leader. This was something that took a lot of courage on the part of Malaysians, because the nation was a very draconian police state under Najib Razak.

To protest, or to talk to us and other journalists, was to risk imprisonment. It was the intention for the film to deliver a message of hope for people in similar situations, especially once we released that the Malaysians had effectively topped Razak from power. We had a happy ending, of sorts.

Watch The Kleptocrats on Amazon Video or Google Play now.

Linkedin
RELATED ARTICLES
OTHER ARTICLES
A new project is documenting formerly incarcerated people as they transition back into civilian life.
The two-day long event returned to London this year, showcasing a spectacular parade, steel bands and Caribbean food.
Birdy Chu reflects on documenting the historic moment in which the territory was formally passed back from the UK to China.
Cindy Campbell recounts how her brother ushered in a new era of musical culture at a party she held in the Bronx in ‘70s.
Financial turmoil is pushing people who work in the sex industry into more dangerous and desperate situations as a means of survival.
A 37-year-old woman shares how her abortion led her to become a clinic worker, and the abuse she’s received in that role.