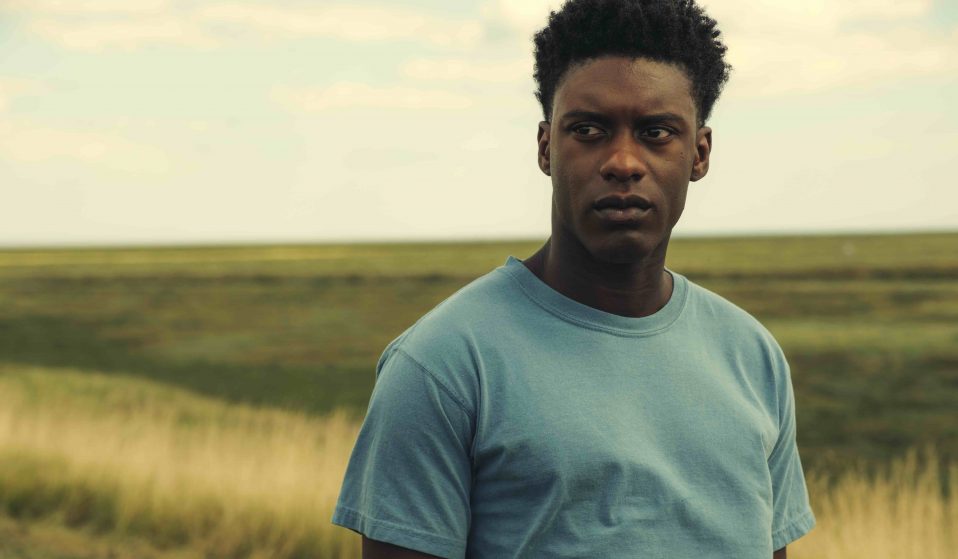 To mark the release of Shola Amoo’s second film, the director and star Sam Adewunmi discuss their own experiences navigating identity and location.

Shola Amoo’s second film follows a Nigerian-British foster child as he moves from the countryside to the city. To mark its release, the director and star Sam Adewunmi discuss their own experiences navigating identity and location.

Following a string of acclaimed shorts and a feature film exploring characters caught between urban and rural spaces, writer-director Shola Amoo’s latest work, The Last Tree, digs into the specific identity crisis of being a young black man of dual heritage in England.

The film follows Femi, a Nigerian immigrant who grows up separate to the more naturalised British-African children of London – due to his time being fostered in the English countryside. Anchored by a debut performance from Sam Adewunmi, The Last Tree explores ideas of belonging, masculinity as well as the idea of being uprooted (physically, and metaphorically).

Ahead of the film’s imminent UK release, Huck spoke to Amoo and Adewunmi about their own experiences navigating Black British identity – and how location affects it.

There is a kind of wariness of the city throughout your work. Is it a particular interest of yours – how we as black people relate to both the countryside and the city?
Shola: Definitely. In terms of location and character, it’s such a big deal in [debut feature] The Moving Image. Brixton was a central point. And in The Last Tree, we’re back in South London, and working that relationship. But we add those other elements that include Lincolnshire and Nigeria. For me, the Lincolnshire portrayal has more of a kind of lush and warmth to it simply, because it’s from a child’s perspective. At that time, that’s what he associates with the area.

As the movie develops, that perspective broadens and changes because he’s taken from that open, free environment into a much more confined environment. I think, ultimately, the way South London is depicted in the film in contrast can seem negative. But ultimately we find beauty in those areas itself.

Given that the film is semi-autobiographical, did you have any similar experiences with moving from the countryside and adjusting to the city – and finding beauty in that?
Shola: I had a similar dissonance from moving from, let’s say, a racially monochromatic space, to a more diverse space, and [my] landscape shifting. The kind of cognitive dissonance that Femi himself was dealing with.

The push and pull between Femi’s interests and his image throughout the film was really interesting – particularly the part with him listening to The Cure and quickly lying to someone else that it was 2Pac. Did either of you find yourself trying to live up to a certain image?
Sam: I guess in some sense, yeah. You kinda go through that in your teenage years – where who we actually are is different to who we show to our friends, and who we are at home. I think that even probably continued past adolescence. So yeah, I’ve definitely found myself, like, listening to something that I’m too embarrassed to admit to other people. I’ll be like, ‘Yeah, yeah yeah I heard that track.’

Shola: For me, definitely. When I was a teen I really felt like black people are only meant to listen to a certain type of music. I feel like it’s a lot looser now. But when I was growing up, it felt way more entrenched – the parameters for this were so tight. There was only so many things you could do to be perceived to be black, which I found so interesting. I was always questioning these parameters, and when are you allowed to break them or not – that sort of stuff. This concept of wearing a mask comes off at certain points, but you’re constantly having to navigate who you are against who you’re perceived to be. 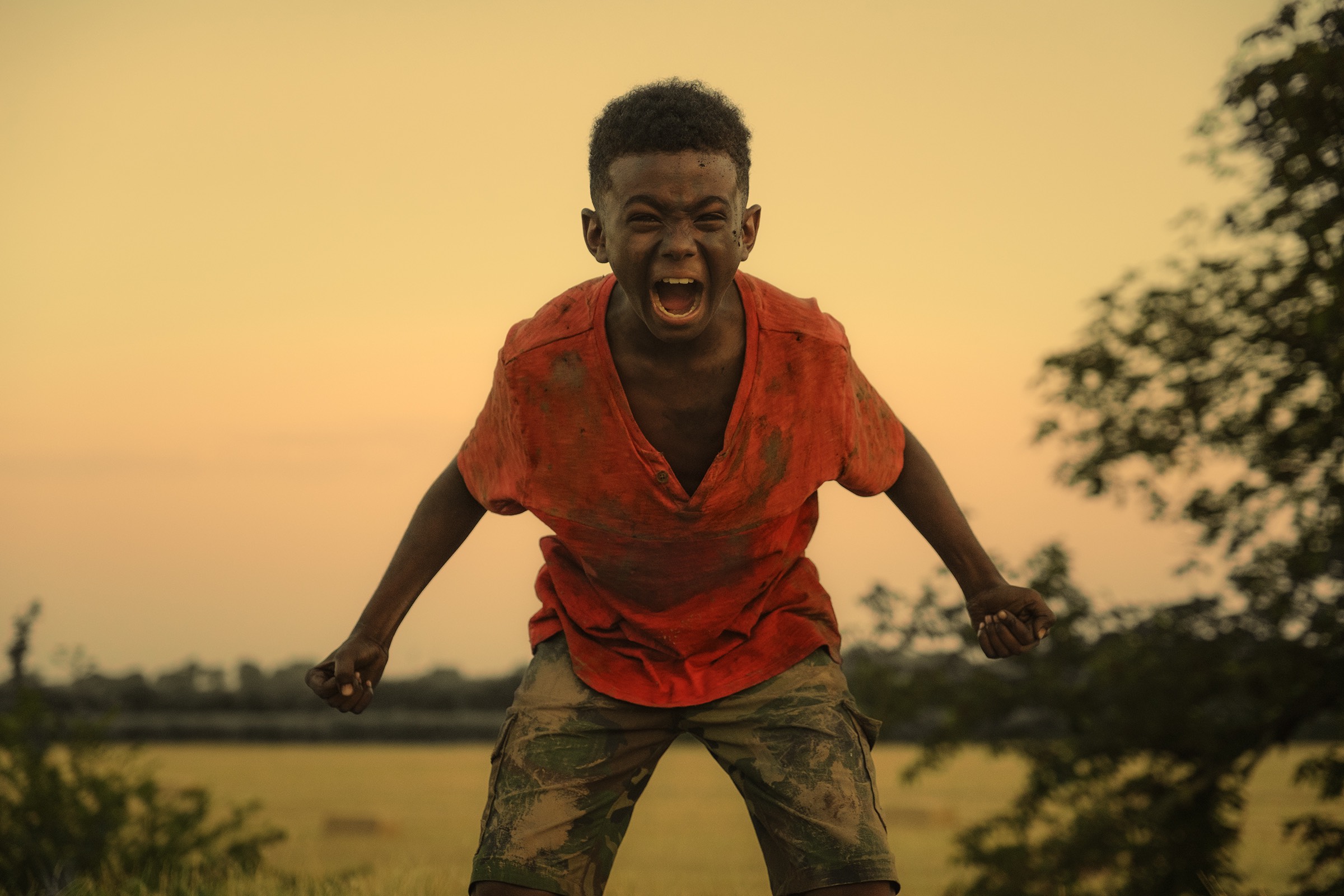 What I found really interesting is that tension introduced when Femi got moved into a more diverse space, between his African identity and his British identity. It’s something that I grew up with myself. I imagine you’ve both had issues with becoming… maybe not more naturalised–

Yeah, more anglicised. Was that something you had to contend with yourselves?
Shola: Yeah definitely. Countless [school] register situations where they were just butchering [my name]! It almost felt deliberate after a while. And if you had the more anglicised name like a Dean or a Toby, you weren’t really stressed. But with Femi, it’s, like, a situation.

Sam: My name on the register when I was growing up was my Nigerian name. But no one could ever really pronounce it, and they would butcher it and I would get teased. So I just said to my mum, ‘You need to change this. Just get people to call me Samuel.’ That scene where Dean’s teasing Femi, it’s not like Dean’s white. He’s another black boy himself, probably of Caribbean descent or something, but that was a massive thing as well. The Caribbean would always get on to you for you being African, when it’s like… we all came from the same place, why are we…?

So that’s a feeling you associate with the ’00s? Is that why you set the film at this time?
Shola: Yeah, definitely. I was relating back to my teen years a lot, so that’s what felt authentic to that time and space. Whereas, I’m sure there is an evolved version that would be interesting to see. 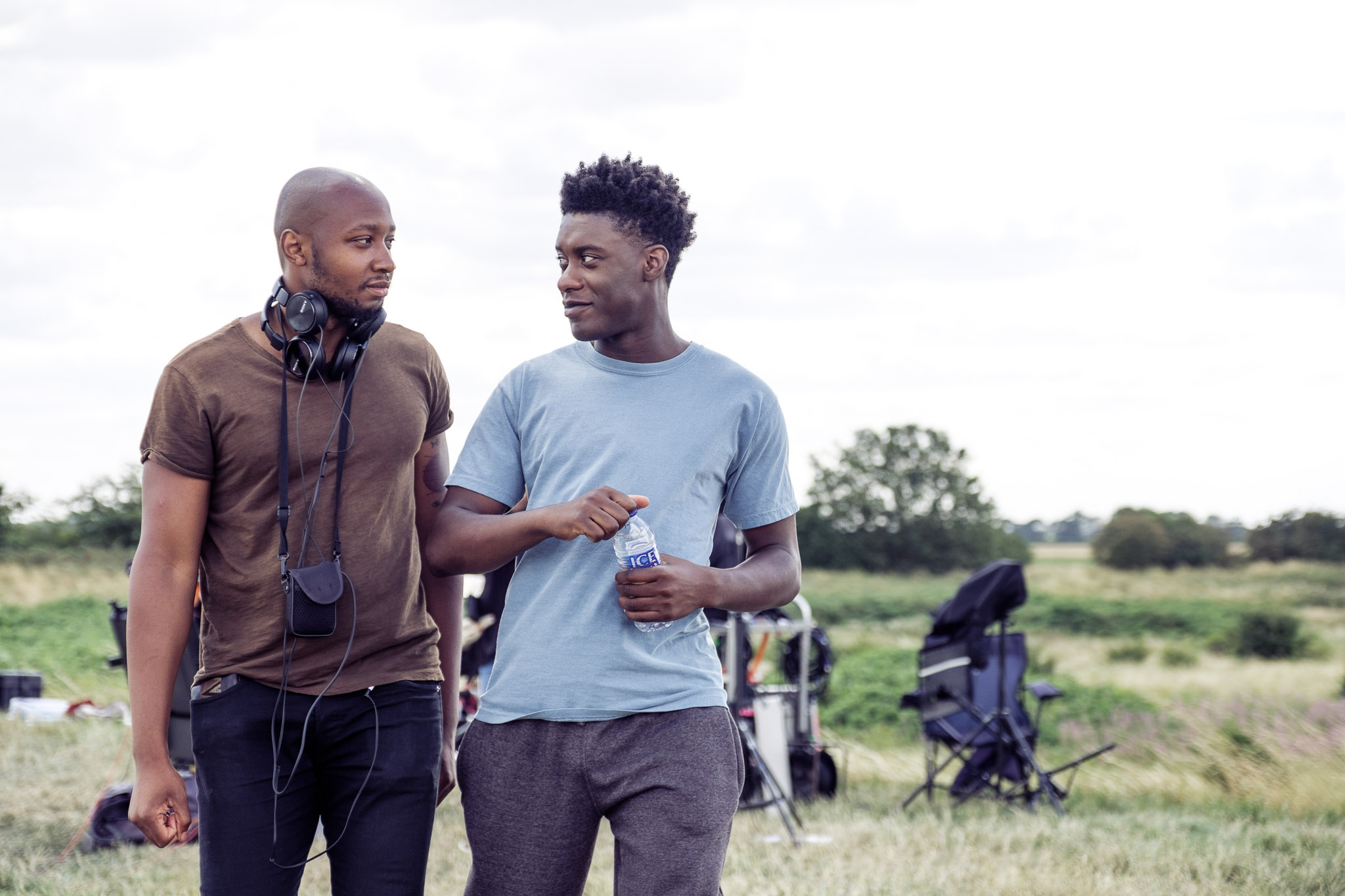 We’re at a crossroads, where what British identity means is being pretty thoroughly interrogated – by people who would decide who belongs here and who doesn’t. I was wondering if the film is, in part, a response to this atmosphere?
Shola: I think that’s just serendipity in that sense. Because it is evoking a particular era in time, and it’s coming from such a personal perspective. But it also then chimes quite interestingly with the identity crisis that we’re going in now in terms of Brexit, in terms of defining which way we’re gonna go, defining what is a native Brit as opposed to an immigrant.

Femi is trying to chart his place in the world, and bring together these multitudes of identities to find a coalescence – in a way that we’re trying to find coalescence. I feel like in the film, the only way he gets to any kind of consensus is by accepting all of the parts of him, particularly his heritage. Similarly, the UK needs to delve into its history, the good and the bad, and find out what has lead to this moment in time that we’re at.

It seems to be a very uniquely British thing that we don’t like to engage with our own responsibility in colonialism and our own very specific brand of racism, I think. I feel like a lot of people pass it off as “we’re not as bad as America,” but we’ve got our own thing.
Shola: I think the progression is because they are confronted by their history every day in a way that we’re kind of insulated from sometimes. You can’t move forward without dealing with the past and all of these things that make up your identity, and I think that’s really the only way to get to any kind of consensus.

Was making The Last Tree your way of finding that?
Shola: I found it so cathartic. It was such a bookend for an era of South London and being here in the UK – growing up and all the experiences. Shooting so close to home on the Aylesbury Estate, East Street and Deptford High Street, all of these places I’ve known so well. It’s madly surreal and the most beautiful kind of closure to many things. But also to the point where I don’t know if the next film I’ll make will be in the UK. I just feel like I’ve said so much about it, between The Moving Image and The Last Tree.

We are going with the idea that location is character, and I get so much energy from that. I’m so interested in new locations and I think that’s why it’s so important that the film ends in Lagos. It’s a place that I’ve always wanted to shoot in and spend time in. Visually, the film brings along all the locations and different places of his identity. 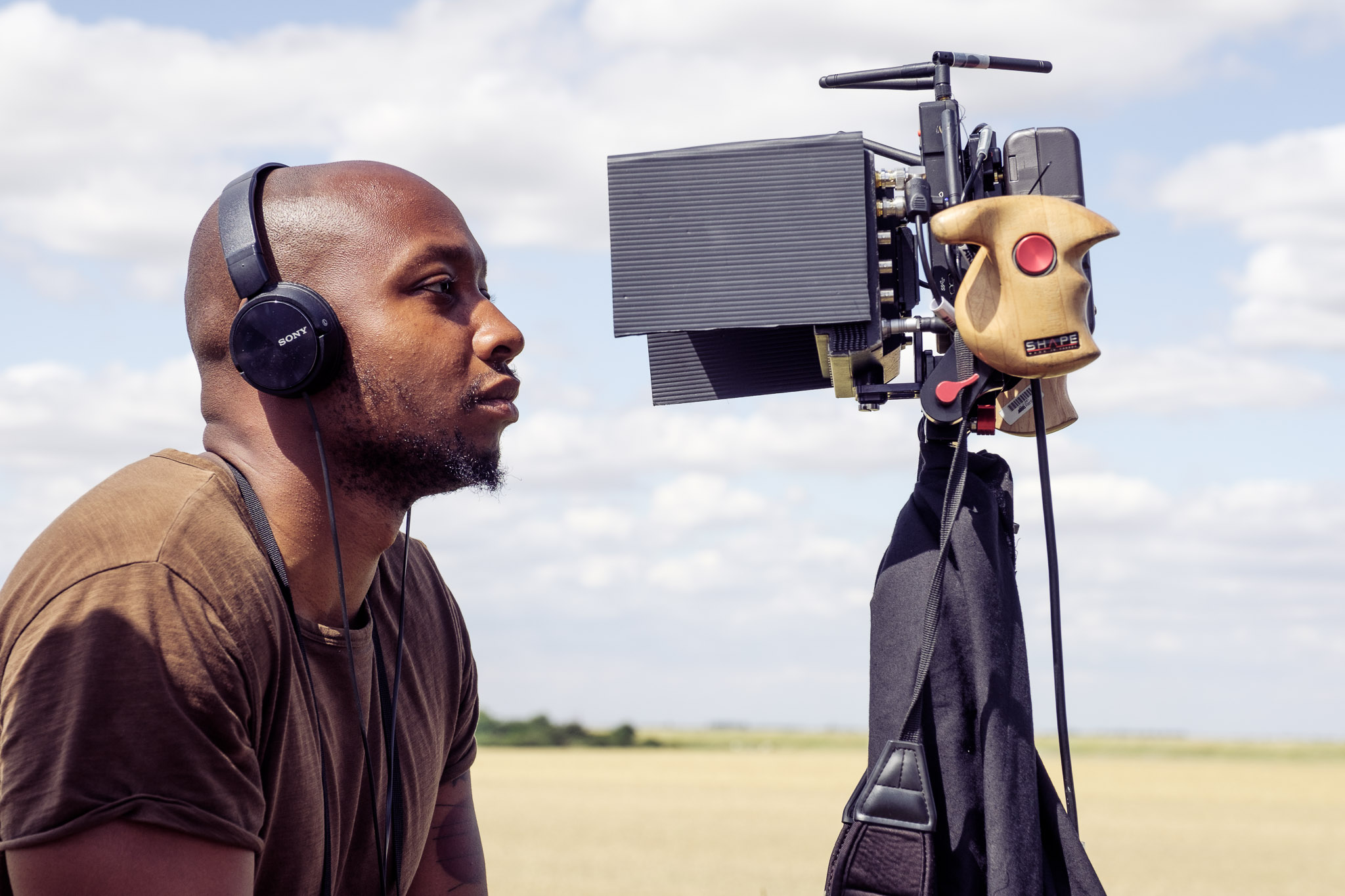 Was there a particular moment that stood out for you where Femi’s troubles embodied your own?
Sam: There was, actually. It’s quite interesting. The actor that played my dad, his name… that’s also the name of my dad.

Shola: I didn’t know that!

Sam: Literally the same name as my dad. I’m working on my relationship with my father so that moment in Lagos in that house it just felt quite…

Shola: Damn, I didn’t even realise.

Sam: I was just, like, woah. Like, who told you! But yeah, that was a moment that I felt like, ‘Wow…’ I think that’s also a testament to the script and how truthful and honest and authentic it is. Even though that is an experience of someone else, it can relate to so many of us, and I don’t feel like I’m alone in that. There are many people who will see the film and feel, ‘I recognise myself’ or, ‘I see myself’ – in that person, and those relationships.

The Last Tree is in cinemas now.

Linkedin
RELATED ARTICLES
OTHER ARTICLES
Following the announcement of an 80% hike in the energy price cap from 1st October, crowds gathered outside the offices of energy regulator Ofgem to protest and declare their intention to undertake a payment strike.
Yesterday thousands gathered outside Buckingham Palace after news of the Queen’s death broke.
The idea that a younger generation is abandoning work has become a popular narrative online, but it doesn’t necessarily reflect reality.
Rhiannon Adam spent three months capturing an ageing society wracked by division, isolation, and the aftermath of scandal.
Cindy Campbell recounts how her brother ushered in a new era of musical culture at a party she held in the Bronx in ‘70s.
Photographer David Corio’s archive offers a glimpse inside a revolutionary era of music and nightlife.